Only four words, yet more than enough for Febe Gonzalez to sum up the impact of COVID-19 on her family in West Athens. 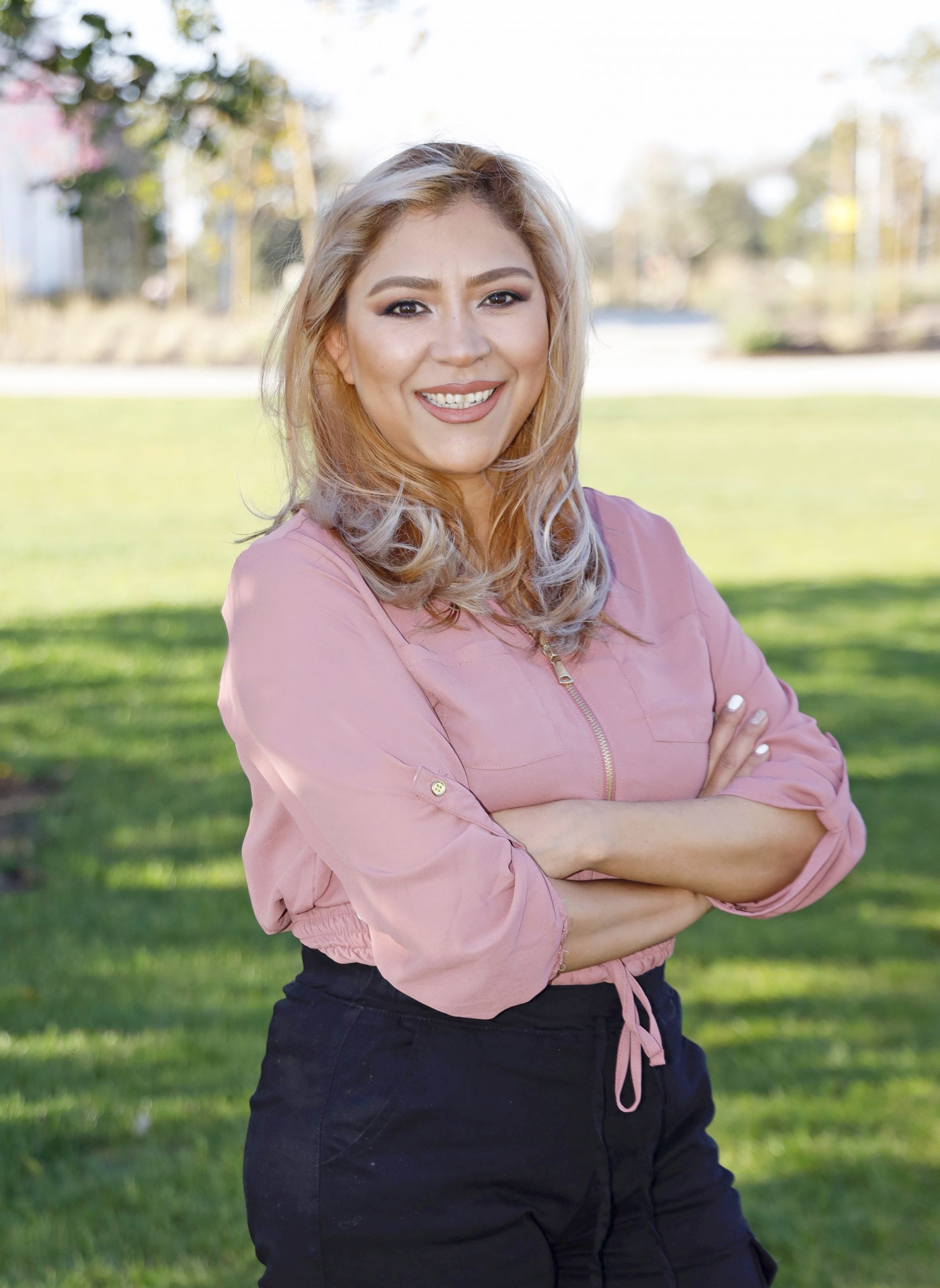 Like thousands of other residents in South Los Angeles, Gonzalez, an outreach worker, and her husband, a driver, were suddenly put out of work in spring 2020 by the pandemic.

“We had to borrow money to pay rent, get credit cards to pay for everything else,” recalled Gonzalez, the mother of one 9-year-old girl. “Financially, we didn’t have enough to buy food. Because of the virus, we couldn’t even go out on the street. The only things we had saved were cans of beans and rice. It brought up a lot of stress on top of the virus itself.”

“They would deliver the boxes to our house once a week for about three months,” Gonzalez recalled. “We got fresh fruits and vegetables, eggs and many times we even got small chickens to cook.”

Gonzalez has shifted from worrying about feeding her family to focusing on feeding the community as a member of Best Start West Athens and an elected local representative of the Best Start Region 2 South L.A. Regional Task Force. Region 2 includes the South L.A. communities of Broadway-Manchester, Compton/E. Compton, Watts-Willowbrook and West Athens, all referred to as Local Councils. 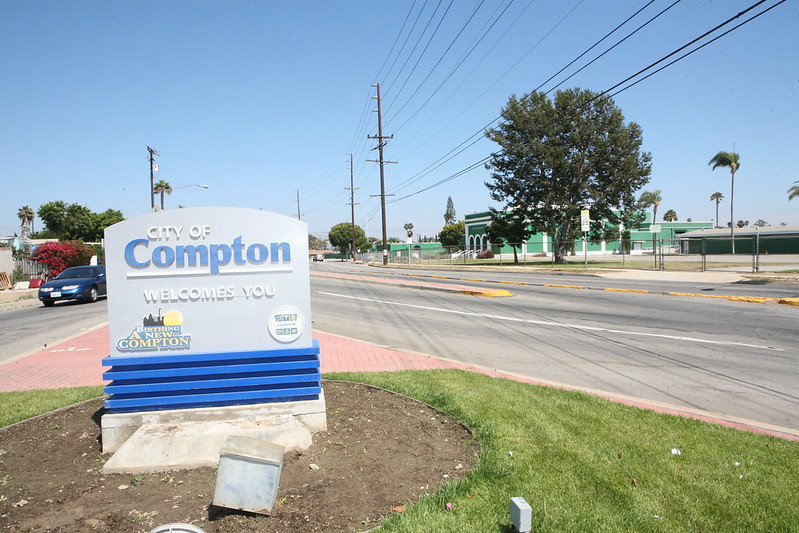 Most importantly, the Summit unveiled five regional priorities to be voted upon as part of South LA Decides. Utilizing a participatory budgeting process model, this community-based grantmaking initiative will ensure that residents of Region 2 are able to participate in the decision-making process to distribute funding to organizations working to increase the health and well-being of children prenatal to age 5 living in South LA and Compton.

The five regional priorities voted upon included food insecurity, a persistent problem in L.A. County long before the pandemic and a continuing focal point for First 5 LA. Other priorities voted on included early childhood education, employment and fair wages, maternal and infant health, and digital access.

In the largest participatory grantmaking vote in a Best Start region to date, 555 residents of South LA voted in March to fund these three issues:

“This is a game changer,” First 5 LA Communities Program Officer Alex Wade said. “It’s really a truly inclusive approach. This is a new way to provide grants to organizations to do work and to get a wider scope of participation. It’s uniquely different.”

“Our goal is to create a sustainable infrastructure to advance policy and systems change that foster a more equitable future for families and children across the region,” CHC Chief Executive Officer Veronica Flores said at the Summit. “Turning this movement into concrete systems change is exactly what South LA Decides is about. Dismantling paternalism and historically racist practices in philanthropy is a critical step towards equity.”

Funding will support the planning and implementation of projects focused on identifying and taking strategic actions to create policy solutions and/or improve systems of services around these priorities. A request for proposals has been released, with the Regional Task Force to decide on the allocation of funds by the end of June.

The Region 2 effort builds upon the earlier success of the participatory budgeting process in Region 4 – Central Long Beach and Wilmington. There, more than 100 residents voted online in 2020 to choose nine projects to support with $450,000 in Community Identified Projects (CIP) funding. 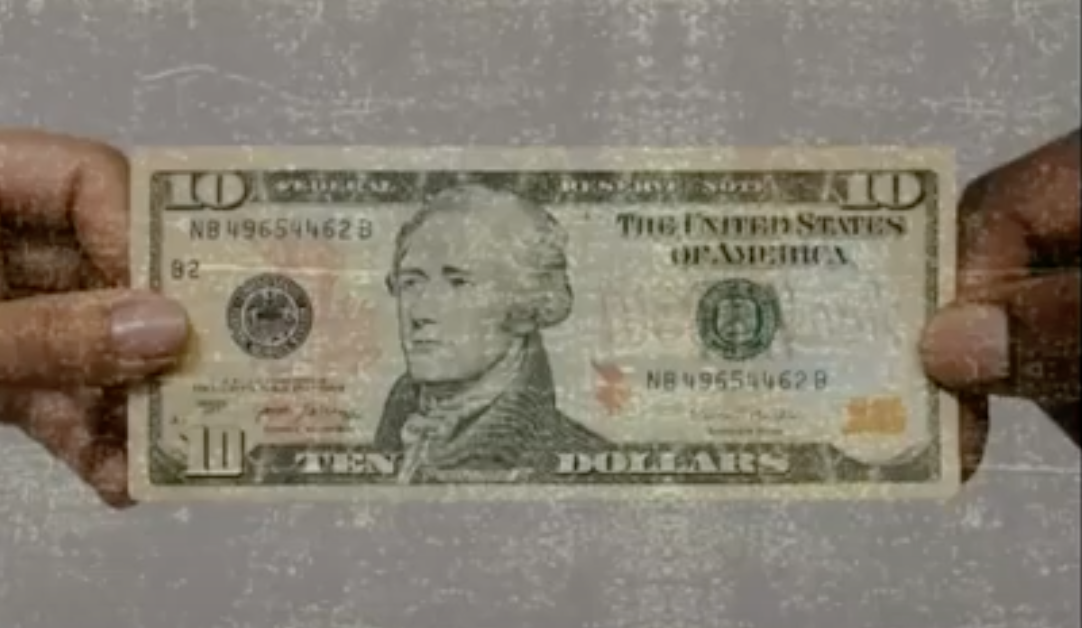 Why are these issues important to residents of South LA?

Before the vote, Gonzalez went out into the community and asked other residents to list their top three priorities.

“They all said they needed employment, they needed education for their children and they needed food,” she recalled. “How are they going to be able to feed their families without employment? How are the children going to study when they are hungry? When my community said that, it touched my heart.”

“We need employment and fair wages,” said Dr. Michelle Burton, director of the Social Change Institute at CHC. “Out of 555 people, this was a major topic across the region and we can’t ignore it. First 5 LA totally gets that economic parity is a major issue in getting their children ready for kindergarten by the time they are 5. Parents need good jobs and fair wages, so their children can be ready for school.”

Burton cited preliminary findings from The Price of Motherhood in South LA preliminary report, which noted that 20 percent of South LA mothers regularly find themselves financially short at the end of each month, with the average shortage being $443. Similarly, about one in four mothers felt they did not have adequate resources to help their children.

Today, the average South LA worker who is employed full time earns about 60 cents on the dollar compared to other L.A. County residents, according to the South LA Decides Voter Guide.

“A lot of our parents are single moms and are really in need of employment,” said Regional Task Force Member Latanya Hull, a member of Best Start Broadway-Manchester since 2015.

A HUNGER FOR HEALTH 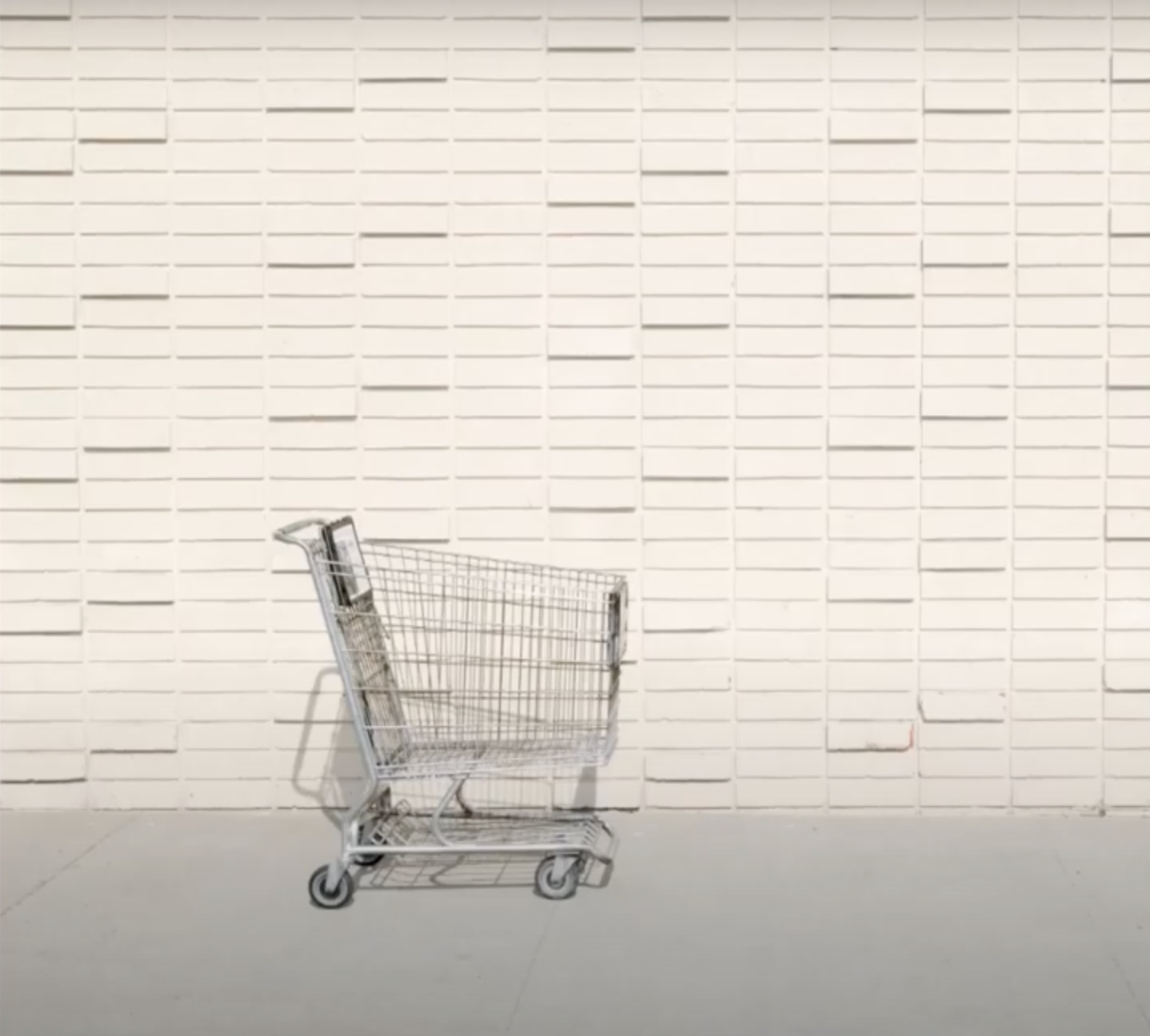 While the loss of jobs and income from the pandemic created food insecurities for the first time among some in L.A. County, many living in South LA struggle with limited food access on a daily basis.

In low-income communities and communities of color filled with fast food restaurants and convenience stores, lack of access to healthy food can lead to disparities in diet-related diseases like obesity, Type 2 diabetes and heart disease.

According to the Los Angeles Food Policy Council, many residents of South LA have to travel beyond their communities to access fresh fruits and vegetables and struggle to maintain a healthy diet for their families, impacting their overall health.

“What we mostly have in our community are liquor stores. Places where they sell junk food,” said Gonzalez, who has been a member of Best Start since her daughter was 5. “I think we should have more community gardens. And it would be great to have a farmers market. Our health has a lot to do with our food.” 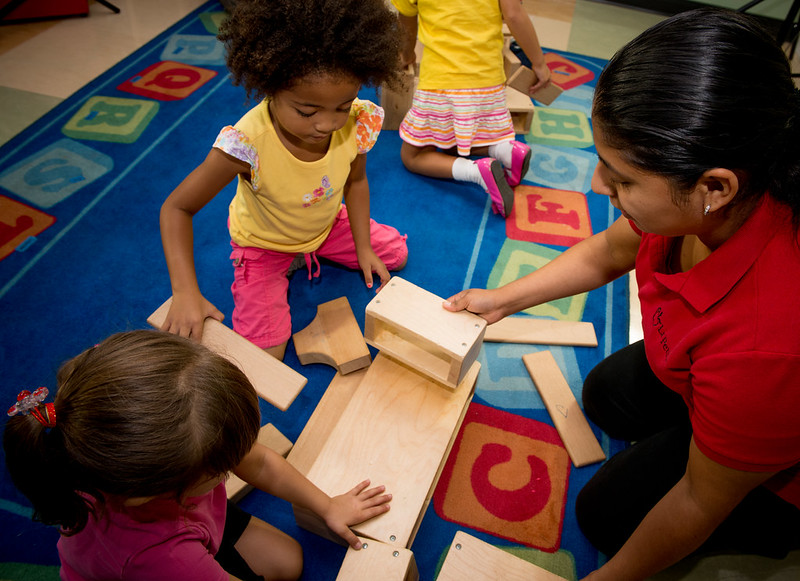 According to research presented in the South LA Decides Voter Guide, children in South LA continue to be undereducated while children excel in wealthier neighborhoods of L.A. County. The disparities that persist in preschool enrollment and elementary school performance surface as important factors in determining job readiness and future earnings.

“Statistically, our children are not doing well in the STEM areas of education,” said Kenneth Carlson, a member of Best Start Watts-Willowbrook since 2016. “It’s important to get our children’s minds prepared in that 0-5 age to be able to think in ways that help them once they are in preschool. If we’re not doing that work, our children are going to continue to be behind.”

For Hull, it’s personal. She has a 27-year-old son who experienced firsthand the effects of the school-to-prison pipeline, which the American Civil Liberties Union describes as “a disturbing national trend wherein children are funneled out of public schools and into the juvenile and criminal justice systems. Many of these children have learning disabilities or histories of poverty, abuse, or neglect, and would benefit from additional educational and counseling services. Instead, they are isolated, punished, and pushed out.”

“It started off with my son being angry he couldn’t grasp a certain assignment,” Hull recalled. “He would just walk out of the classroom. He couldn’t focus. The teacher didn’t have any patience with that. They didn’t set a goal to make sure he got the services he needed. He was like 9 years old.” 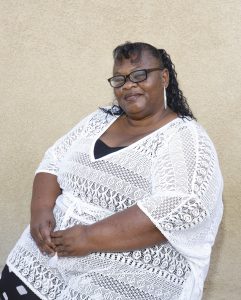 The school-to-prison pipeline needs to be dismantled, she said. “That’s one of the things children are struggling with. That’s been a big problem, not just for my child but for many parents in South LA.”

She would like to see a portion of the $800,000 in the Community Change Fund go towards improving education outcomes for Black youth. “We need literacy coaches and math coaches because our test scores in math and English in South LA are very low. Funding for education makes a difference.”

When asked what a difference it is to be able to vote on where money goes in the community, Hull answered: “It makes me feel great that I have a chance to vote.”

“It’s certainly a benefit for people in the community to have that voice,” Carlson said.

“Quite a few years ago, a lot of organizations came to our community offering a lot of things without the results we were hoping for,” she said. “I think this time is going to be different. We are fighting and advocating for change. I have a lot of faith that we are going to be able to achieve change. That the three priorities that the community has voted in favor of will become a reality.” 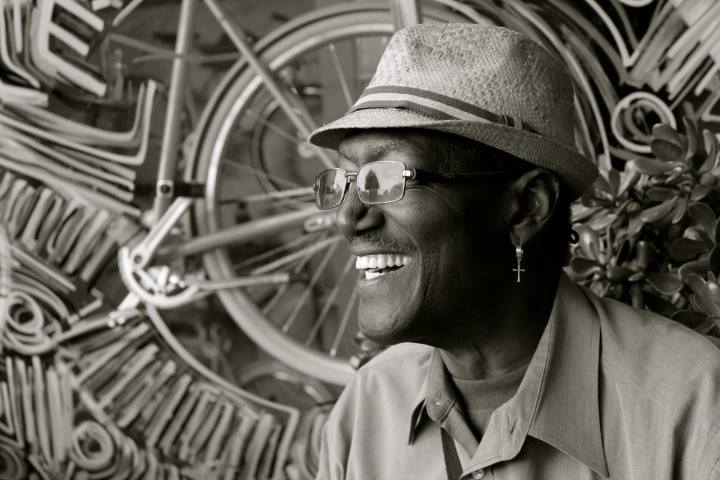 Carlson wrapped it up with an intriguing observation.

“I think it is really amazing that funding for First 5 LA comes from smoking, which is something where the money is coming out of our community,” he said. “It’s sad. I think the numbers would show that the majority of smokers are people of color. It’s like a turnaround of the money — that our community wrongly invests in smoking and that it’s coming back to the community in some way. That makes me really happy.”