Making the News: Parenting and Racism, Helping Families Talk about the Present Moment

The death of George Floyd at the hands of Minneapolis police in late May has sparked protests and global outcry. His death came on the heels of a series of police and civilian murders of unarmed Black citizens, amid a global pandemic disproportionately killing Black Americans. The confluence of events has thrust a long-simmering debate about race in America to the forefront, which for some families has meant having new conversations about racism and protest with even their youngest children.

Tuning in to the needs of parents, several news outlets released pieces on why and how to talk to kids about the present moment. From USA Today to The New York Times to The Washington Post, reporters featured insights from child psychologists who say conversations about race are essential for all families and that there are “developmentally appropriate ways to talk to children of all ages about racism and police brutality.”

Adding to these efforts, CNN and Sesame Street teamed up to host a “Town Hall” to help young children understand the recent protests and America’s history of racism. Facilitated by CNN commentators Van Jones and Erica Hill and featuring favorite Muppet characters and expert speakers — including Keisha Bottoms, the mayor of Atlanta — the Town Hall focused on fairness and on the challenges the Black community has faced throughout history. PBS held a similar event for parents, and also put up a resource hub on their website.

Some outlets featured reflections from Black parents, who recount what it’s like to have what’s often referred to as “the talk” with their children, or the explanation that, “one day someone may treat you differently simply because of how you look.” In an interview with Northern California radio station KQED, California’s first Surgeon General and the mother of four black boys, Dr. Nadine Burke Harris shared, “It is so wrenching, because our kids are so adorable and so beautiful and so cute, and you look at them and realize it doesn't matter how cute they are — by nature of the racist attitudes that infect our nation, they are at risk.” 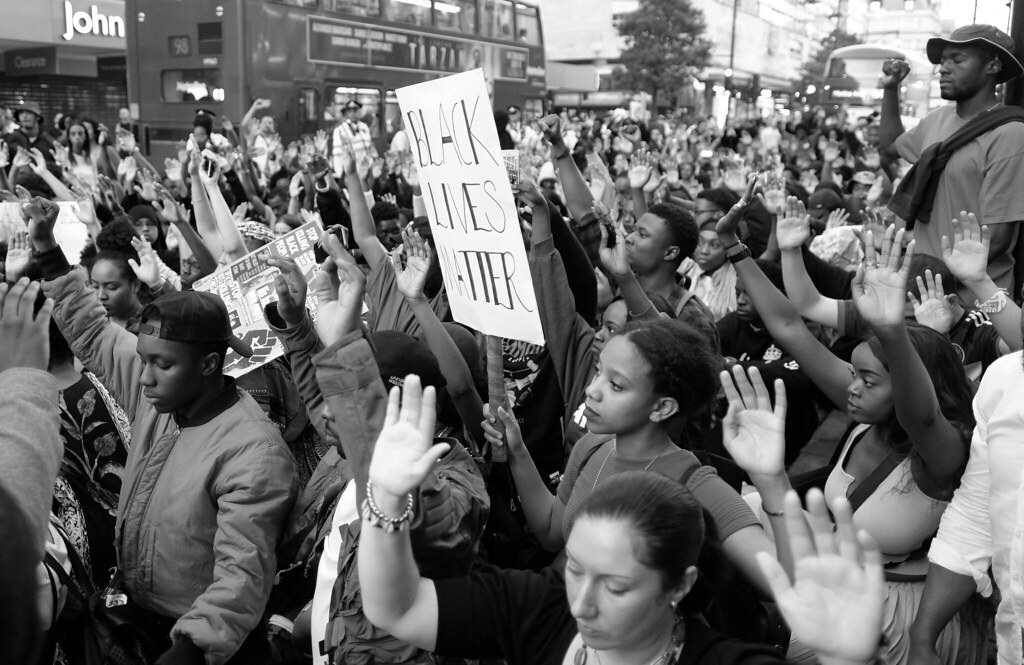 Acknowledging that for Black families, conversations about race are historically not optional, some publications highlighted how white parents -- who may have avoided conversations about race – need to take responsibility for their part in raising anti-racist children. In an interview with NPR, author Jennifer Harvard explains that white parents need to do more than just teach equality –– they need to teach their kids about racism and model anti-racist behavior. This includes calling racism out directly.

While racism is deep and systemic in America, the protests and meaningful conversations currently happening provide hope that we may be turning a corner. To help our readers explore the many articles written in the past month to help families process the current moment, we have compiled a list of links below. We encourage you to also first read this piece from The Washington Postas it can help you navigate the resources: “Nine things parents should consider when searching for anti-racist media for their kids.”

How, why, and when to talk to kids about racism and protests

USA Today: George Floyd. Ahmaud Arbery. Breonna Taylor. What do we tell our children?
Many white parents wonder whether to talk with their kids at all, while parents of color swallow their grief and fear to have "the talk" once again. (Dastagir, 5/31/20)

CNN: How to talk to your children about protests and racism
As cities and social media explode with anger over the killing of yet another black man at the hands of police, worried parents struggle with how to protect their children from seeing the worst of the violence while simultaneously explaining the ravages of racism. (Jones, 6/1/20)

PopSugar: If You Think Your Kids (or Babies!) Are Too Young to Understand Race, Here's Proof They Already Do
Race is one of the first things an infant can discern. And they just keep learning from there. (Schweitzer, 6/2/20)

Today: How to talk to kids about racism, protests and injustice
It's OK not to have all the answers. It's important to have the conversation. (Holohan, 6/1/20)

PBS Newshour: The critical role white parents play in shaping racism — and eradicating it
While solutions to racial disparities in police treatment, health care and education will likely require policy changes, some experts say decisions at the family and individual levels matter just as much. (Hunter-Gault, 6/3/20)

The New York Times: These Books Can Help You Explain Racism and Protest to Your Kids
The conversation about race needs to start early and keep happening. (Grose, 6/2/20)

LAist: Even Young Children Notice What's Happening In The World Right Now. Here's What You Can Do To Help Them Understand
There are thoughtful people who have something to say about how parents might acknowledge and discuss the topics underlying this week's nationwide protests — such as racism and social justice — while continuing to create joyful moments within their families. (Dale, 6/2/20)

The Washington Post: Parents, educators, experts talk to kids on race amid unrest
As an African American parent, Cassandre Dunbar in Charlotte, North Carolina, always knew she and her husband would have “the talk” with their son, the one preparing him for interactions with law enforcement. But she never dreamed it would be necessary at 5 years old. (Italie, 6/3/20)

The New York Times: Talking to Kids About Racism, Early and Often
These books can help start the conversation. (Grose, 6/3/20)

The Washington Post: How black and white families are talking about racism in a time of reckoning
Caron Jackson-Harrigan, a black mother of two in Sicklerville, N.J., says that she began discussing race with her children when they were toddlers. (Russell, 6/3/20)

NPR: How White Parents Can Talk To Their Kids About Race
Most people have heard about "the talk" — the conversation many African American parents have with their kids about how to avoid altercations with police or what to do and say if they're stopped. (Martin, 6/4/20)

Mashable: Resources you'll need for raising an anti-racist child
Once you've chosen to embrace the duty to teach your children about antiracism, it's imperative to begin with a reckoning of your own racial identity and beliefs. (Ruiz, 6/5/20)

The New York Times: Talking to Kids About Racism
A school counselor and a children’s book author offer advice for talking to children about racism and George Floyd. (McDermott, 6/5/20)

CNN: Children aren't born racist. Here's how parents can stop them from becoming racist.
As the United States erupts in protests and push back against systemic racism, parents are worried. (Davis, 6/6/20)

The Huffington Post: To White Parents Who Want To Be Allies At This Time
What an ally looks like to me is someone who is aware that our kids will walk through life differently. (Benoit-Wilson, 6/7/20)

Vox: Black kids are watching this moment. What will it teach them?
The trauma of witnessing and experiencing racist violence is nothing new for Black children. (Glass, 6/8/20)

NPR: 'I See These Conversations As Protective': Talking With Kids About Race
At this point, given what's happening in our country, a lot of parents want to talk to their kids about racism. (King, 6/16/20)

The Washington Post: Stuck at home? Now’s the time to have these important talks with your kids.
Here’s how the experts recommend framing these issues and keeping the conversation going. (Fagell, 6/16/20)

NPR: How To Help Black Children Cope Amid Stress Of Racial Protests
Two families talk about their experiences with psychological problems arising in their children because of the stress of racism and the recent protests. Psychologists provide perspective. (Neighmond, 6/18/20)

CNN: Best moments from CNN and Sesame Street's town hall on racism for kids and parents
CNN partnered with "Sesame Street" for a special town hall about racism, giving both kids and parents an opportunity to explore the current moment the nation is living through and to understand how these issues affect people. (Asmelash, 6/6/20)

The New York Times: 'Am I Going to Get Shot?' Kids Ask, as Brands Try to Explain Racism and Violence to Children
"It's one thing to try to preserve the innocence of children, but you shouldn't preserve the ignorance of children in a country that is multiracial that has this bad history," CNN commentator Van Jones told Reuters in an interview on Friday. (Reuters, 6/6/20)

The New York Times: Readers Recommend a Diverse Children’s Bookshelf
As unrest over the killing of black Americans and police brutality continued across the country, Jessica Grose, the lead editor of NYT Parenting, asked experts how to talk about the protests with kids. (Blum, 6/9/20)

The Atlantic: Becoming a Parent in the Age of Black Lives Matter
When the movement for black lives began, I did not have children. Now the fight means more to me—coupled with fears that are even deeper. (Smith, 6/1/20)

The Washington Post: Why I’m not talking to my black sons about the unrest in the aftermath of George Floyd’s killing
The fact that I have been at a loss for words ever since, however, is complicated for me and likely confounding to those who know me well. (Whitfield, 6/1/20)

The Washington Post: In black families like mine, the race talk comes early and it’s painful. And it’s not optional.
There are many talks that take place along the journey of raising a child. You know the ones: The importance of kindness and sharing, the physical changes that occur while growing up, why it’s important to be smart about dating and sex. (Ennis, 6/5/20)

The Washington Post: ‘A man was unjustly killed here.’ Interracial families face challenge explaining George Floyd’s death to their children
Hope and Josh Melton decided to bring their 5-year-old daughter, Izzy, to the intersection where George Floyd was killed by a police officer here so she could begin to process the events that appeared to be gripping her parents' attention. (Klemko, 6/9/20)

KQED: Racism's Effect on Health, and the Heartbreak of Being a Black Parent Right Now: California's Surgeon General Speaks
To talk about the intersection of race and health, KQED's Brian Watt spoke last week with California Surgeon General Dr. Nadine Burke Harris, who is known for her pioneering work on the role that childhood stress and trauma play on the wellness of minority populations. (6/14/20)

NPR: 'I See These Conversations As Protective': Talking With Kids About Race
At this point, given what's happening in our country, a lot of parents want to talk to their kids about racism. (King, 6/16/20)

The Washington Post: Stuck at home? Now’s the time to have these important talks with your kids.
Here’s how the experts recommend framing these issues and keeping the conversation going. (Fagell, 6/16/20)