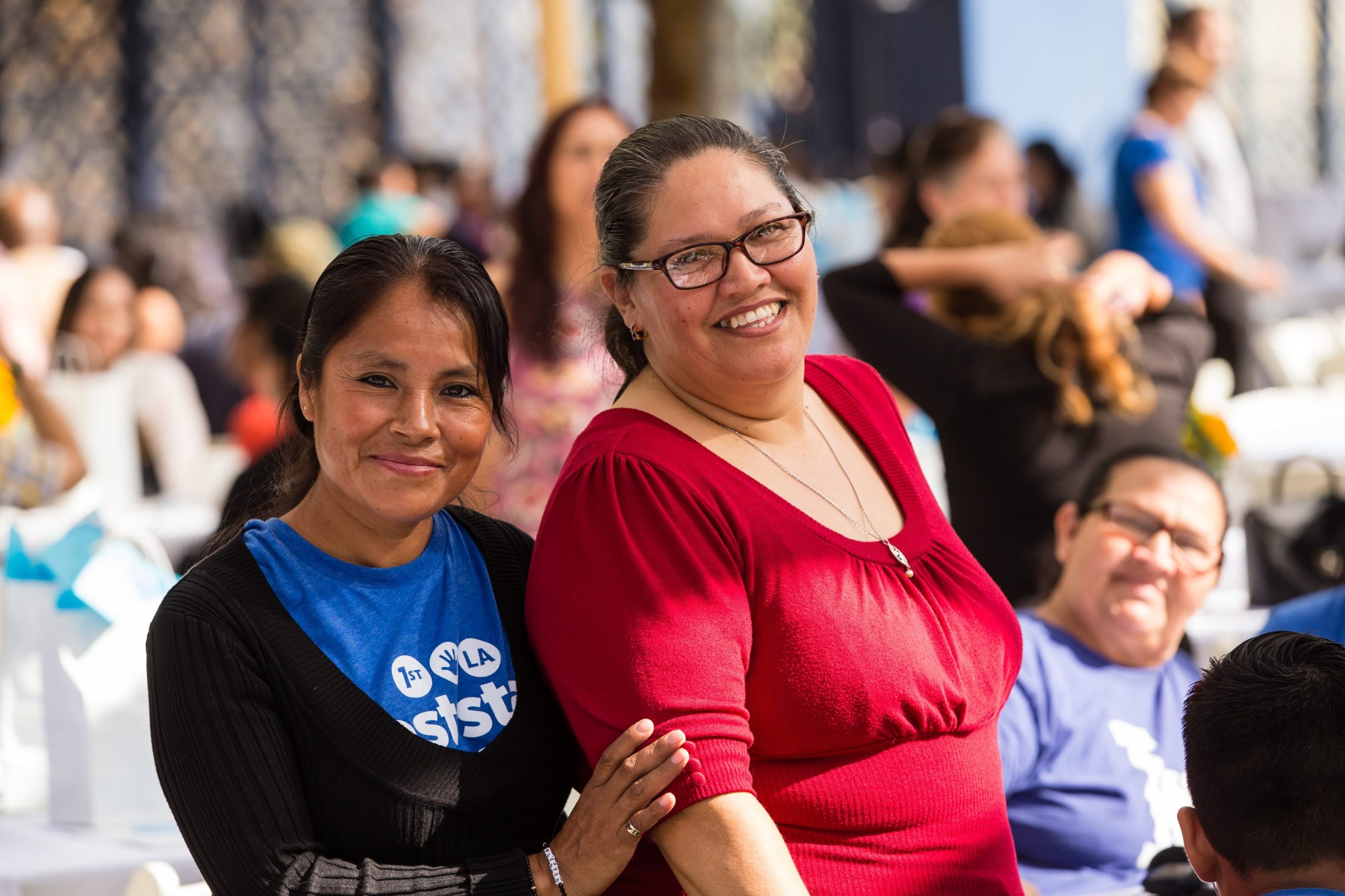 And never giving up.

In this month of thanksgivings, those were the themes of a special day when First 5 LA expressed its gratitude to community leaders for all of their past, current and future efforts to ensure that the young children and families in their communities get their best start.

“This is a small token of appreciation to these courageous community leaders who have never given up on their children, families and communities,” First 5 LA Communities Director Antoinette Andrews-Bush said of the Best Start Leadership Appreciation celebration held on Nov. 16 at La Plaza de Cultura y Artes in downtown Los Angeles.

Hundreds of community leaders within the 14 Best Start Community Partnerships were invited to celebrate their efforts, just a few of which Andrews-Bush lauded during her speech:

In 2010, First 5 LA created and managed the Best Start Community Partnerships in 14 geographic areas throughout L.A. County, bringing together and amplifying the collective voice of parents, residents and leaders to help create lasting change in their communities that promote positive outcomes for young children and their families. Together, they work to improve systems and increase access to resources and services such as health, transportation, child care, early education, and more. Since its inception, Best Start has engaged more than 21,000 parents and residents.

One of those original Best Start community leaders is now a First 5 LA leader: Commissioner Romalis Taylor, who expressed his gratitude to the gathered Best Start leaders.

“Thank you for answering the call for building a better future,” said Taylor, who formerly served as chair of the Compton/East Compton Best Start Leadership Group. “I and my fellow commissioners know the sacrifice community members make daily in not only supporting their local network families but truly uplifting their surrounding community. We are privileged to work by your side and support your communities.” 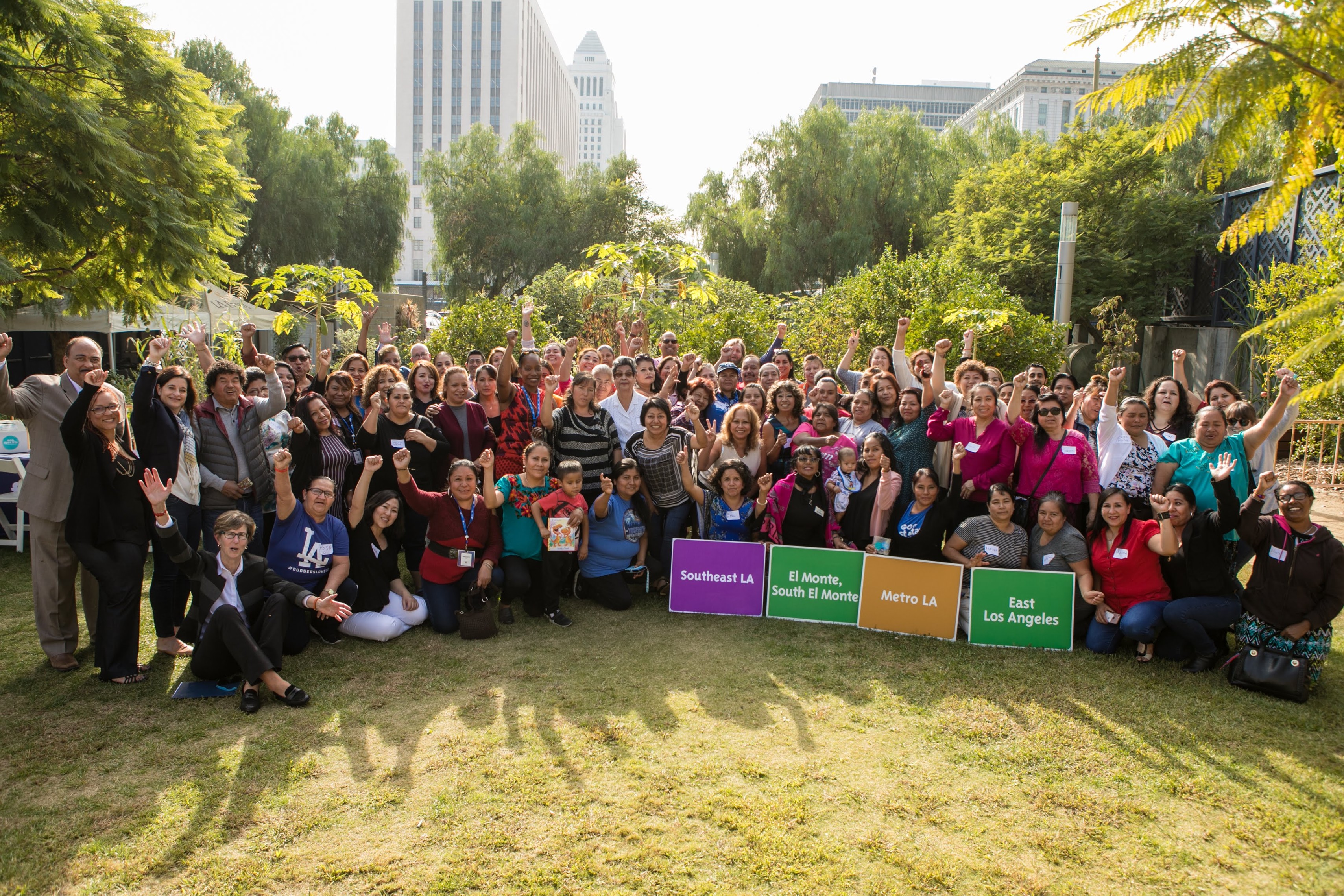 Taylor also touted Best Start’s change in structure to a new local and regional support network, which he called a “natural part of our evolution” which will “strengthen the linkages between your work and address each community’s unique needs through a broader complement of partners.”

First 5 LA Executive Director Kim Belshé noted the similarities between the community leaders present and those who worked to restore adjacent Olvera Street when it was neglected and nearly abandoned 90 years ago.

“When I come to La Plaza, I’m reminded of the history of this place, a history that reflects advocacy,” said Belshé. “There was one person who was committed to Olvera Street, who saw the potential, the possibility and worked with others to engage them and preserve this precious community resource. I bring deep respect for people who are able to see the possibilities, who see the issue and engage the next person in imagining something that is greater than what exists today. And that is what you are all doing. You are leaders across L.A. County who are working together to see and seize opportunities to give all of our kids the best start in life.”

One of those was keynote speaker Maria Elena Chavez, a former leadership member of Best Start Southeast Los Angeles and the daughter of civil rights and labor leader Dolores Huerta, who started out as a teacher.

“My mother gave up teaching because she could not stand seeing children going to class barefoot and hungry,” Chavez said. As Huerta grew into an activist alongside Cesar Chavez for the United Farmworkers Union, the mother of 11 was ridiculed for not staying at home to take care of her kids. “People thought she was crazy.”

“The work you do empowers other parents,” she said. “It inspires civic engagement.” – Maria Elena Chavez

Yet her mother persevered to inspire many others to stand up for themselves, said Chavez, who called on Best Start community leaders to persevere in their efforts to help improve the lives of young children.

“The work you do empowers other parents,” she said. “It inspires civic engagement.” 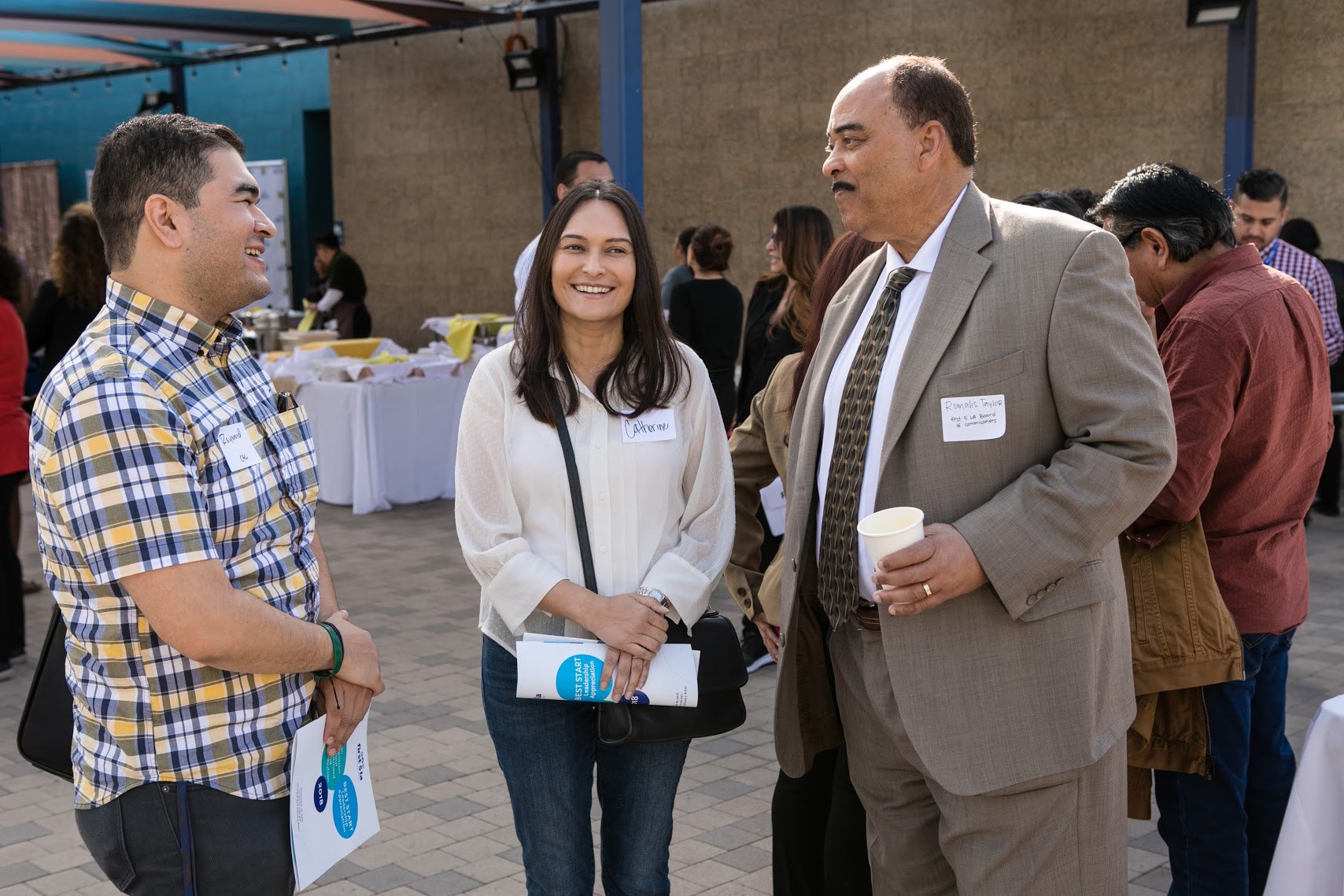 “First 5 LA is so well known,” said Onamia Bryant. “We are recognized as leaders in the community because of the 0 to 5 programs. When I go to a meeting, I always say, ‘I’m with Best Start West Athens with First 5 LA.’”

Outreach to the community was praised by many leaders, including Bryant, who noted that a recent cardboard car show held by their partnership attracted a number of fathers who were previously unaware of the resources in their community. Amelia Rojas of Best Start Panorama City & Neighbors touted her partnership’s reading program at two local schools during the summer.

“We also work with parents so they can explore reading to kids at an early age,” Rojas said.

On a personal level, being a leadership member has helped many participants develop new skills that can lead to success in life – for them and their family members.

“As a grandmother, I benefit because I learn what’s available in terms of the resources that help others and my four-year-old granddaughter,” said Sandra Fuentes of Best Start Palmdale Community Partnership. “For example, my group put together a children’s activity group and it helps my granddaughter be prepared for kindergarten.”

“For myself personally, I have evolved,” said Talauna Jones of Best Start Metro LA. “My leadership and speaking skills have grown.”

The evolution to a new regional support network, too, has reaped benefits to the partnership, Jones said.

“I’m excited because it gives us the opportunity to share information with other partnerships,” Jones said. She also cited the access to new resources, like a recent visit from L.A. City Councilman Herb Wesson. “If we need resources, we learned how to write a letter to city officials.”

What’s next for the leaders in Best Start?

Perhaps Taylor summed it up best when he said: “A lot of people look like they are getting ready to do some good things.”