We’ve all heard it before:

“Don’t touch the hot stove or you’ll burn your hand.”

As young children, most of us have heeded that warning from our parents.

That wasn’t the case for Lilith and Lilieth Guevara, year-and-a-half old twins living in Reseda. 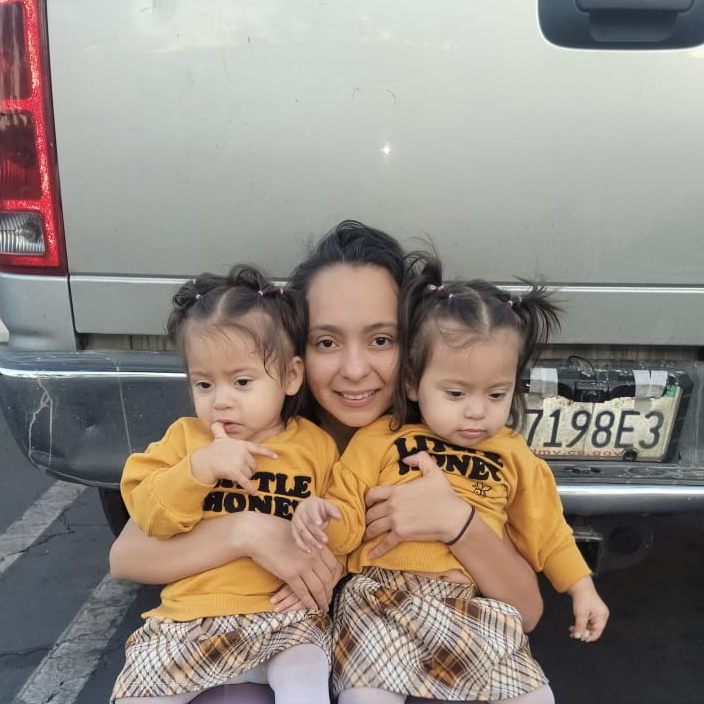 Salmeron did not think the twins were ignoring her. She thought they could not hear her.

“I would speak to them and they wouldn’t even look at me,” Salmeron said. “That worried me the most.”

The children could also only speak a few words and were frightened of other people besides their mother, father and aunt.

A friend of Salmeron’s whose infant has a hearing aid suggested she get the twins’ hearing tested. Salmeron talked to the girls’ pediatrician at a Northeast Valley Health Corporation (NEVHC) clinic, who referred them to auditory testing.

Then Salmeron was connected to Alexandra Zamora, program manager of Pediatric Health Equity & Special Projects at NEVHC. In this role, Zamora worked with First 5 LA-funded First Connections, which helps identify children with developmental delays and connects them with services they need to optimize their development.

After their hearing tests, the twins were referred to speech therapy and socialization classes through First Connections.

“It felt very good to get help,” Salmeron said.

The girls were among the last clients to be served by First Connections before First 5 LA funding for the program sunsetted in September (see this blog for more details).

Even though First Connections has ended, its legacy will live on in the contributions of its learnings to the advancement of Help Me Grow LA, practice transformation sustained by former grantees and in the lives of thousands of children it helped connect to developmental services.

As a pediatrician working at Children’s Hospital Los Angeles (CHLA), Dr. Sophia Lim Stavros said she and her colleagues see a lot of patients who are at risk for developmental delays. One of the successes of the First Connections program, she said, was through case management that helped multiple families be able to access regional centers and get evaluation.

“As a whole, we try to utilize the case management to help the families have a contact when they go through the process. My patients would comment on how navigating the system and getting an evaluation is much faster.” – CHLA Pediatrician Dr. Sophia Lim Stavros

“We know that sometimes it’s hard to navigate the different systems out in the community. The more assistance there is to navigate the systems out there, the easier it is,” said Stavros, attending physician in the department of general pediatrics at CHLA.

“As a whole, we try to utilize the case management to help the families have a contact when they go through the process,” added Stavros, whose work is part of a partnership between AltaMed and CHLA. “My patients would comment on how navigating the system and getting an evaluation is much faster.”

Debra Rosen has watched First Connections grow from its infancy. As the director of Quality, Health Equity and Innovation at NEVHC, Rosen helped  develop the program and is familiar not only with how First Connections has helped families like Salmeron and the twins, but how many other families have benefitted. For example:

“I was here when we first wrote the grant for First 5 LA for First Connections,” Rosen said. “It was originally going to be a three-year grant and kept getting extended.”

With the funding, Rosen said, providers moved from surveillance to screening using the ASQ-3 tool, working with CHLA to determine the best intervals for screening.

“The big picture is that we found patients through screening that we didn’t find through the old process,” Rosen said. “It was amazing. We were able to screen our patients and identify areas of developmental delays early on and make those referrals externally or internally to our care coordinators. If you find these delays early and you get help for that family, it often helps that patient be ready for school.”

Through this process, Rosen said, “there was a lot of learning and sharing of learning. We helped inform Help Me Grow LA through the work of First Connections. Through the development of our workflows, our training of staff on how to implement the screening tools, the referral process and the follow-up process and the work we are doing with care coordination. I think we have done amazing work.”

While there have been many First Connections success stories, Rosen and Zamora shared one special story from 2015.

At the age of 1, Jayden was unable to walk or bare any weight on his legs. His mother, Carmina, was also concerned that he was not responsive when anyone talked to him. Zamora met with Jayden’s mother to offer assistance. During this visit, Alexandra reviewed the reason for the referral, provided education on early child development and milestones, explained the Regional Center referral process, and assisted the mother in completing and submitting the application to the local Regional Center. 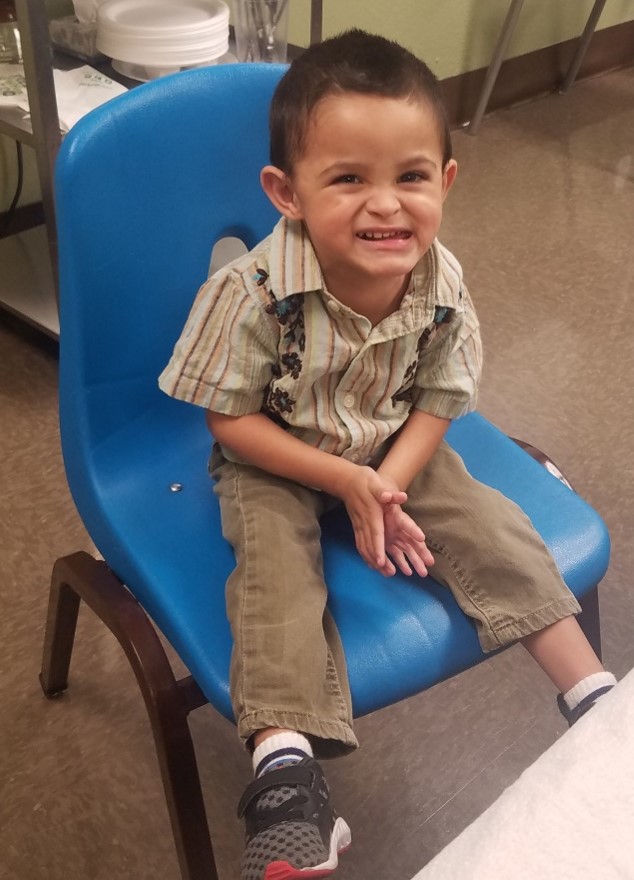 After being evaluated by a Regional Center, Jayden was eligible for speech, occupational and physical therapy. They also enrolled him in an early start program where his teacher noted that he may have epilepsy since she experienced Jayden having various seizures throughout the day. The boy’s pediatrician referred the mom to Children’s Hospital Los Angeles where they confirmed that he had epilepsy.

“I wouldn’t have known any of this if it weren’t for the First Connections program,” Carmina said in an interview with Zamora. “Many times, parents don’t know what normal development is and what to expect and even though I already had some concerns of my own, I had no idea where to go to get services for my child. It is so important to have a program that helps parents identify the needs of their children and to educate them on the resources available in the community to help their children.”

With the help of First Connections, Jayden has shown great progress.

“Jayden is now crawling, moving around and standing on his own,” Carmina told Zamora. “This is something that he never did before. He now responds when I speak to him, and I see him being more responsive in general. I am so glad these programs exist because many parents like me wouldn’t have known where to get services from. I am proud of the progress Jayden has made and continues to make.”

AND THE COW SAID ‘MOO’

Back in Reseda, Salmeron is optimistic her twin girls will make similar progress.

As she waits for the results of their hearing tests, Salmeron is grateful that First Connections was there for Lilith and Lilieth in its sunsetting months. She says the girls have taken small steps in their development, thanks to their socialization and speech therapy classes.

“They were born during the pandemic and had little exposure to other people, who frightened them,” Salmeron said. “Since they’ve been going to socialization classes, they have lost that fear of other people.”

And the speech classes?

“The few times that they have gone, they have started to react more to sound,” Salmeron said. “And now they will make the sound of the cow.”