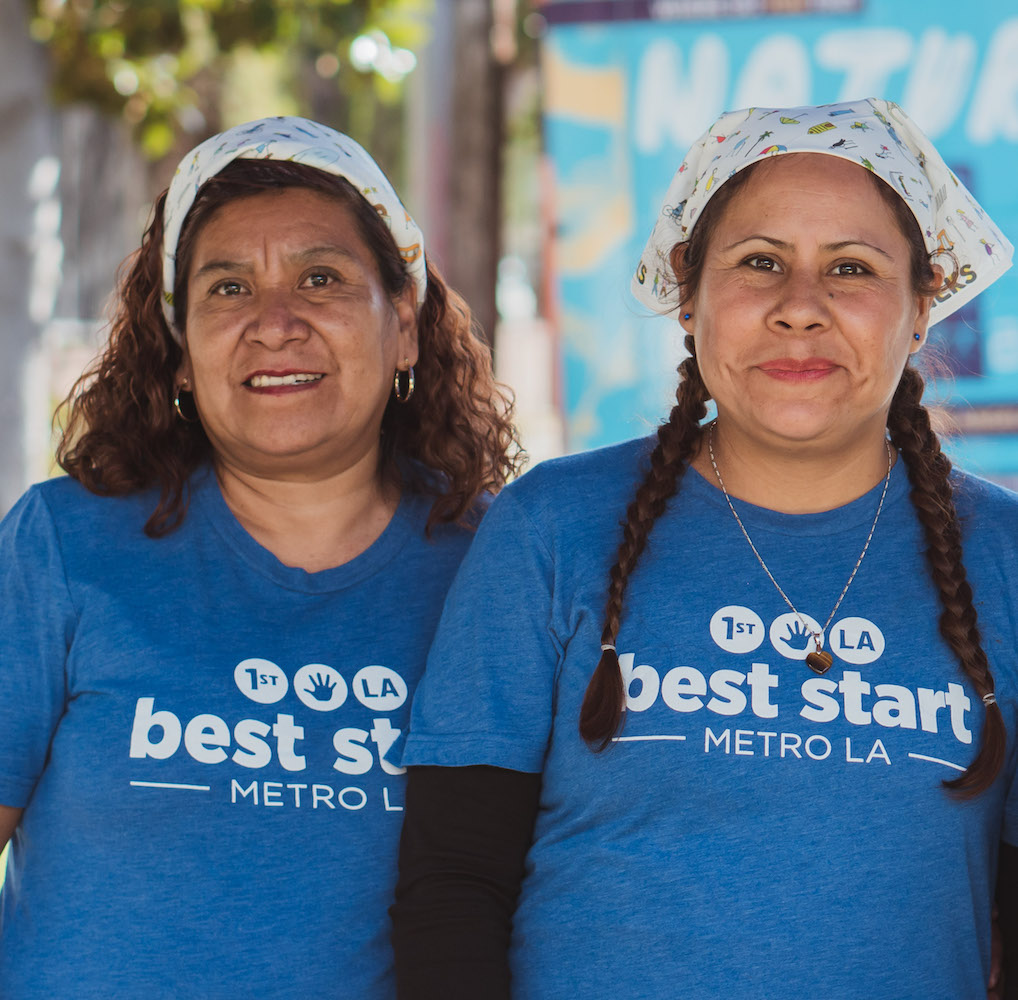 Maria Palacios and Ana Nieves have always fought for what’s best for their children. And as fierce leaders of their families, they wanted to extend this drive to create a better future not just for their kids, but for their whole communities, too. But as monolingual Spanish speaking moms with young kids in this country, the system was not built to engage with these kinds of players.

Nevertheless, Ana and Maria didn’t shy away from a challenge, and even if they weren’t sure where to start, they didn’t let it stop them.

What they also didn’t know before beginning their journey to community leaders was that their work advocating for safer streets –– in partnership with Best Start, First 5 LA’s community engagement investment that works to strengthen the connection between public services and families in 14 historically disenfranchised geographical locations throughout L.A. County and Los Angeles Walks –– would eventually lead them to be appointed to the L.A. City Pedestrian Advisory Committee, a city-level initiative that informs decision-makers on issues related to pedestrian safety.

On top of that, their efforts also yielded another unexpected result: a newfound sense of personal purpose through community leadership and advocacy.

Nieves and Palacios have been involved with Best Start Metro LA since 2016, but it wasn’t until First 5 LA became a strategic partner of Los Angeles Walks in 2017 that the mothers’ leadership found a new calling within the organization’s mission to create safer, more equitable streets in their communities.

Since the start of First 5 LA’s partnership with LA Walks, Nieves and Palacios’ leadership has contributed to the success of several key initiatives, including helping to coordinate a neighborhood block party that brought together over 150 people to raise awareness about an unsafe intersection.

The event also coincided with the release of the Safe Streets, Healthy Families Advocacy Guide, a colorful resource available in both English and Spanish that offers information on how to advocate for safer streets in your neighborhood. It covers everything from getting permits for a neighborhood block party to how to contact local officials about installing a new crosswalk.

With pedestrian deaths on the rise in L.A. County, largely due to a lack of pedestrian safety measures, efforts such as these, led by the people who intimately know their neighborhoods, are a crucial part of confronting the systemic causes of this issue.

As an organization focused on improving the lives of all L.A. County children and families through a systems-change approach, First 5 LA knows that elevating the parent vantage point to the level of policy and practice is a critical step towards creating a future where all kids are safe and can thrive.

With that in mind, we’re excited to share an interview with Palacios and Nieves to find out more about their journey from parents to committee members, what advocacy means to them, and what goals and perspectives they hope to bring to their new appointments.

How has being involved in community leadership and advocacy impacted your life?

MP: I feel self-fulfilled. I don’t have a lot of education, and I thought that I would never be able to do anything in my life. The opportunities that I have had since Best Start and the work of LA Walks have brought so many good things. It has helped me in my personal growth. I have learned more than I thought I could learn. Now I know that I can do many things, like petition, apply for special events and ask for transportation resources. I have also been able to share this information [with others]. I hope to help more people.

AN: Personally it has impacted me very much, because I have always said that we must make a difference and we must raise our voices and make use of our rights.

What do you hope your children will learn by witnessing your work in leading community change efforts?

MP: My 12-year-old daughter is already following in my footsteps. She has already led the pledge of allegiance and been the Master of Ceremonies twice. I hope they can break through without pain and without fear. I hope that they know where there are resources and what to do to help their community. I would like for them to one day work with the city or in an organization that is helping the community, like LA Walks. 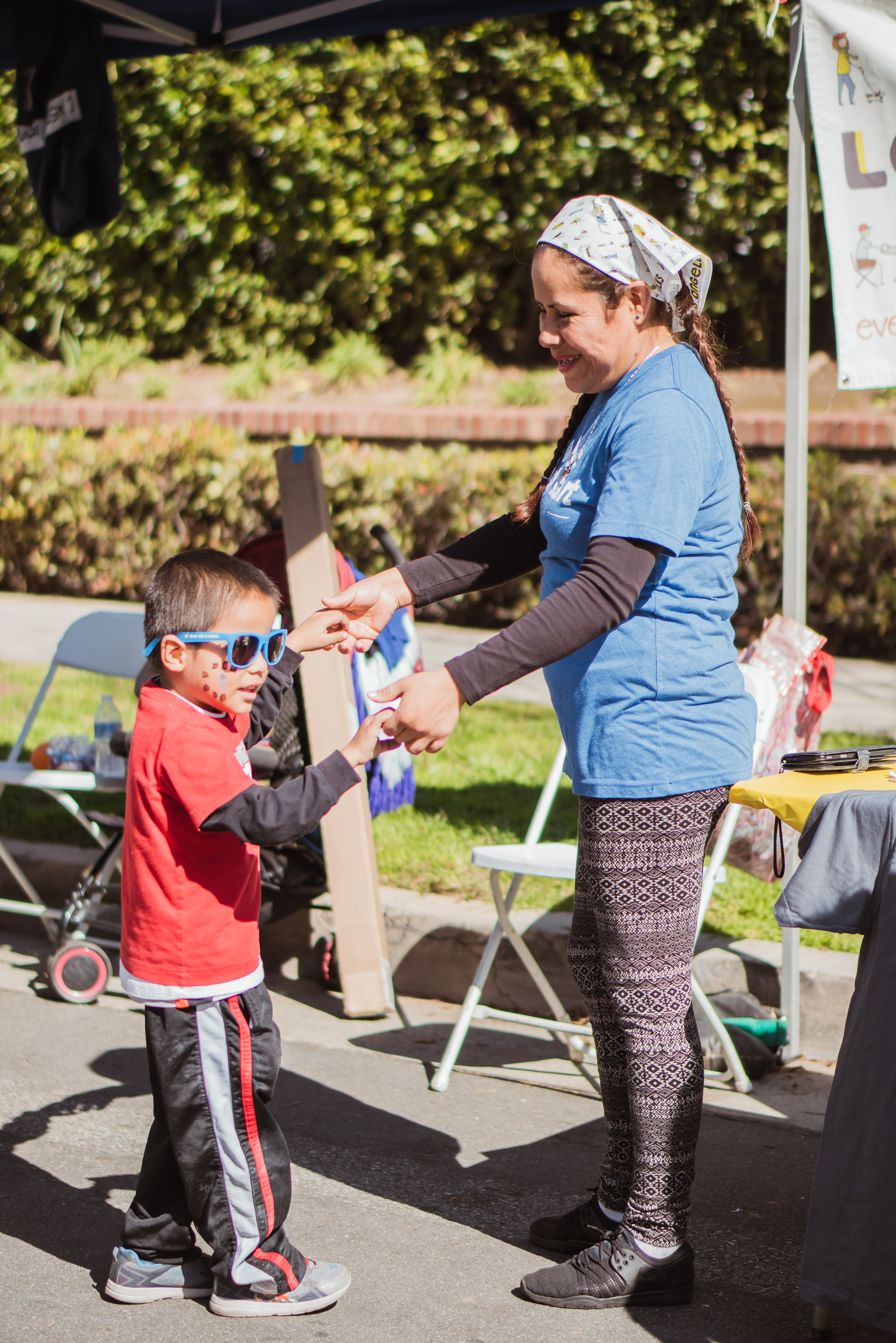 AN: I hope that my children will one day be like me. I hope that they will be great leaders in their communities and, since they are native born, they need to make use of their rights without being discriminated against for lack of documentation. And I hope that they can make a difference for their future. Right now, I am transforming the future of my kids and they one day will transform it for my grandchildren. My eldest daughter says she wants to go to Sacramento to see where decisions are made and speak to representatives on behalf of her community.

What has been your proudest achievement as a parent leader and community activist?

MP: My proudest achievement has been seeing my daughter open a meeting for Council President Herb Wesson with the pledge of allegiance. Also seeing my baby in the news and La Opinión when I was advocating against the increase in the hours of alcohol sales.

AN: I have two: the first was participating in communications with Best Start Metro LA, which gave me the opportunity to participate in community events as part of Best Start. I gave myself the opportunity to take photos to see what we are doing in the group of Richardson Park, Ambassador, Angeles, Hope, San Pedro All People and Alliance. I also participated in the big event where the eight community groups met. There, I coordinated the event.

The second opportunity was with BSMLA and LA Walks. That was motivation to explore a new area of the city that I did not know and ask for signatures from people who only speak English, which was one of my challenges.

What has been one of the obstacles you’ve faced in community organizing, and how did you overcome it?

MP: One of the challenges I encountered was with my husband. He didn’t want me to go out with my youngest son because he thought he was going to get sick. And he didn’t like me to go to so many meetings. I talked to him about what I had learned and all the resources I had received. This helped him understand my work, and then he supported me.

AN: A challenge was to ask for signatures, and I overcame it with the support of the LA Walks staff. Which for me it was a great support to make a connection in collecting signatures and the need for translation.

How has being a mother influenced your work as a community leader?

MP: I have teenage children and I want to help my children. I went to find resources for my eldest son, who drinks a lot, and it motivated me to take classes to learn how to help him. I learned a lot, but I can’t help him as long as he doesn’t want it. I think of my children and I want to change many things in my home and community for the good of all. Since maybe with the big ones I was wrong as a mother, with the little ones I want to do the best I can. 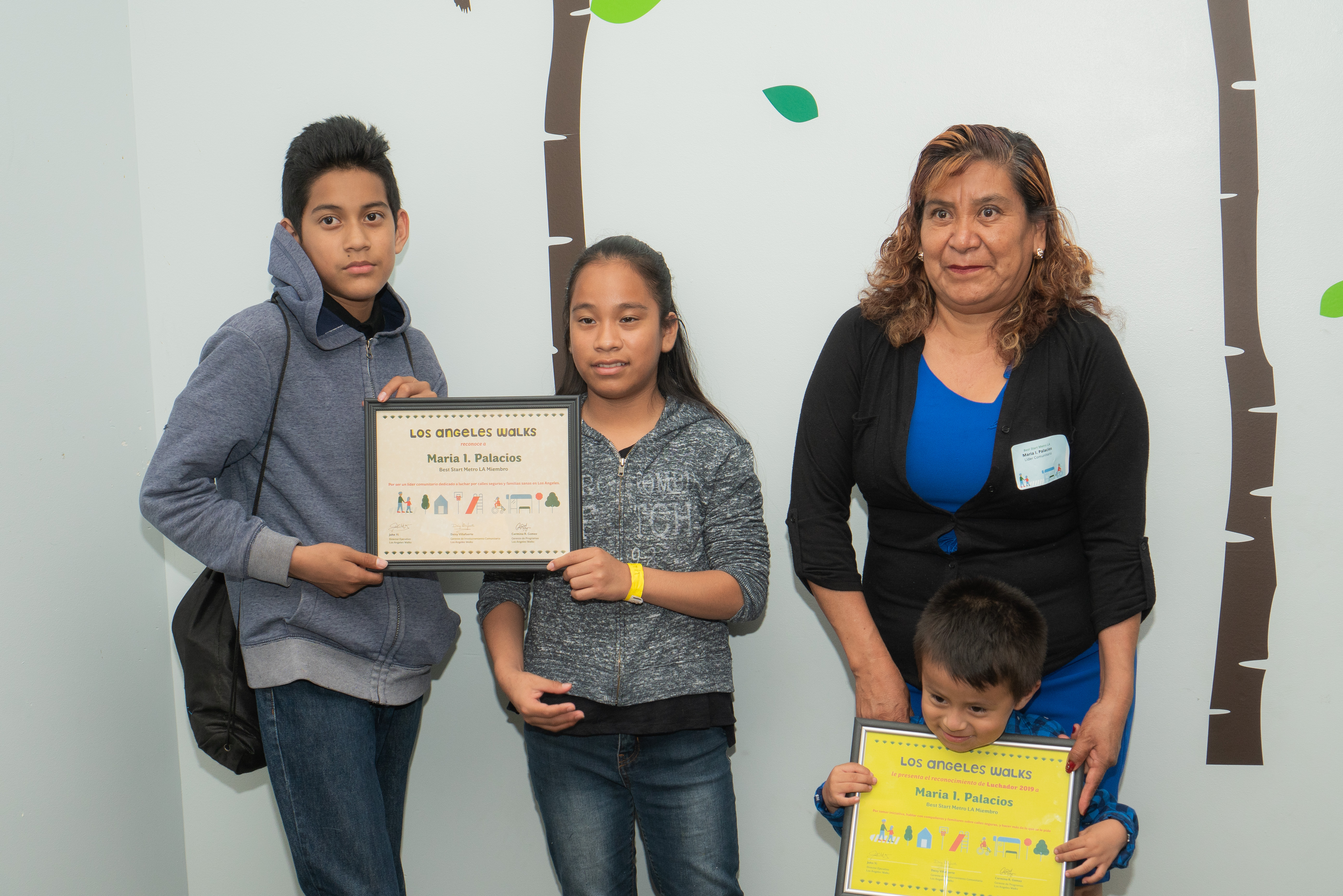 AN: Being a mother has impacted me more in how to move forward, see the needs of my community and make change.

As a mom I have a big impact on my children’s education. They imitate me by having good grades and I am their example. It is very important because it is the future of our children, not only mine but the whole community. The change begins with oneself. And to see change in the community we must change it ourselves. We are the change in our community.

What has been one of the most valuable things you’ve learned working with Best Start and LA Walks?

MP: Best Start opens the door and gives us many opportunities to take and tools to search outside. It’s taught me how to help the community and how to look for opportunities outside Best Start to continue growing and maybe find a job other than being a seamstress. That is what I did for more than 25 years. I would like to look for a job that gives me the opportunity to continue helping my community or contribute to my community.

AN: I’ve learned that you can do it! And that it doesn’t matter whether we speak English or not. We must make the change.

I thought that I wouldn’t be able to get the signatures, but I did it. Not speaking English was not a limitation. I was able to do it in the block party and the next time was the petition for a speed hump in my community.

You recently were appointed or are working on your appointment to the L.A. Pedestrian Advisory Committee. What perspective do you hope to share with the committee?

MP: The perspectives I hope to share are the needs of my community, Council District 10. I will form a group of mothers to learn what needs we have in our streets, learn from different opinions and share them in the committee. I would also share the concerns of immigrant pedestrians, because I have a lot of family who are like that. I could share resources with the committee on how to help the immigrant community or report incidents with ICE on the street, to create safe streets for everyone.

AN: When I become appointed, I will give them my support and suggestions to make a change in the community. I could provide [the perspective] of a pedestrian who walks in different areas of Los Angeles and sees the condition in which we find our area, like raised sidewalks or where many people get run over. For example, I have witnessed crashes due to the lack of traffic lights.

What goals do you hope to accomplish on the committee?

MP: In the committee I hope to learn more about what I can do to play my part and feel that I am part of the fight to have safe streets. I am going to attempt to involve more and more people in the community in the committee, and reach out more. Other people can represent different communities, and thus we can extend our reach and spread this valuable information to more and more communities.

AN: I would like to see changes to improve different areas of Los Angeles, such as analyzing areas that need more safety, like schools and parks, and making changes so that children and families feel safe when walking.