Over the last two years, the COVID-19 crisis underscored many existing racial and social inequities in health care, employment, transportation, internet access and more. Now add parks to the list.

“We’ve always been conscious of the lack of parks, but it’s really been getting highlighted with the pandemic,” said Oscar Alvarez, lead community organizer for Community Coalition, a grassroots organization in South L.A. that empowers neighborhoods of color to advocate for improved quality of life. “We held five healing circles for mental and emotional health, but we actually had to go outside our community to have these circles in parks.” 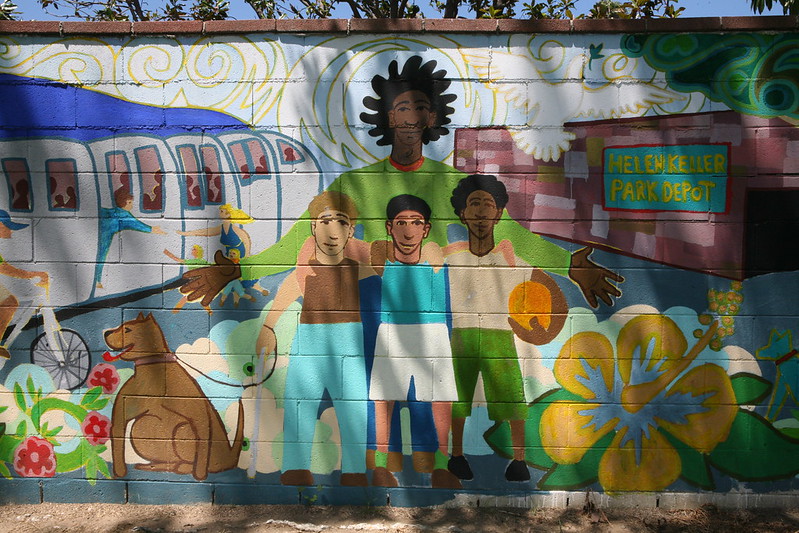 More green space for health and healing emerged as a top priority in the Community Coalition’s recent survey of some 4,000 South Los Angeles residents.The same finding emerged from a separate youth poll that garnered 600 responses.

“BEPAF is an example of how First 5 LA is engaging partners to center family and community priorities –– not just now, but in the way systems are designed and implemented going forward.” – First 5 LA Communities Program Officer Natasha Moise

“During the lockdown, people needed to be able to walk to a park,” Alvarez said. “South L.A. is one of the most park-deprived areas in the city.”

Community Coalition, partially funded by First 5 LA’s Built Environment Policy and Advocacy Fund (BEPAF), is taking steps to remedy the situation with a new park project in Broadway-Manchester. The South L.A. neighborhood is one of 14 historically disenfranchised areas throughout L.A. County where First 5 LA is working to improve infrastructure through its Best Start community-building strategy. BEPAF seeks to bolster the quality of life for families and children through community-led projects that increase parks and open space, food security, and transportation access.

“Before COVID-19, community members had already been lifting up the need for more green spaces. These community priorities are not new,” Moise stressed. “But what is new is the way that systems are changing to address those needs and bring community voice into the fold from the beginning. And BEPAF illustrates how we can –– and why we must –– create stronger avenues through which those priorities can be heard, addressed and implemented.”

With residents’ help, the Coalition located four vacant lots that could be turned into small parks. Two are owned by the city, another by the Los Angeles Department of Water & Power, and the last by a private party. 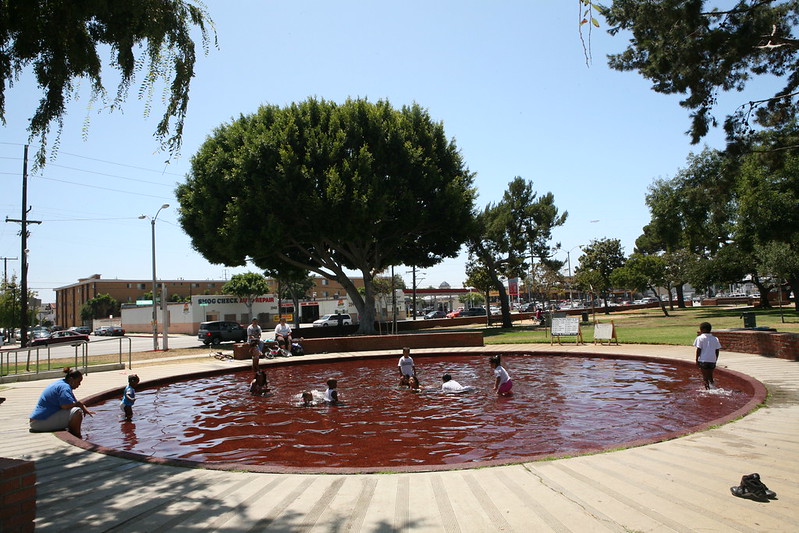 Organizers are currently talking with the owners of all four properties to determine which lot would be most feasible for park development. Once that is finalized, they will apply for grants from funders such as LA Neighborhood Land Trust to design and develop the site as a park. In the survey, residents said the features they would like to see most in parks are playgrounds; water elements such as splash areas, fountains and pools; and activity programming for all age groups, from infants to seniors.

Creating parks from scratch is a long process. Alvarez estimated that it would take three to four years to complete the project.

South L.A. residents said more open space and recreation cannot come soon enough. While parks have traditionally been regarded as something of a nicety, awareness is increasing about the vital role green space plays in a community, especially in underserved areas where recreational activities are scarce. Momentum has also grown in the wake of the pandemic, when parks became a critical way of combating social isolation and providing a safe outdoor space for children and families to visit.

“Parks are just the lifeblood of the community,” said Marsha Mitchell, a lifelong resident of South L.A. and communications director at Community Coalition. “It’s family time. It’s socialization of young people. If you go to the park, you’ll see young Black and brown men there playing basketball and football.”

It’s not simply that there are not enough parks in South L.A., but that existing parks are in dire need of maintenance and improvements, residents said. Patchy grass, dirty bathrooms, nonfunctional lights and broken playground fixtures are common in South L.A. parks, said Olivia Barbour, a 50-year resident of the area and an active member of the Community Coalition.

“The shape they’re in is deplorable,” she said. “Parks in other cities have more amenities and are much cleaner and better maintained. In Carson, they’re immaculate. They even have plug-in chargers (for electric vehicles).”

“Without parks the sense of community and being together is lost.” – Marsha Mitchell, a lifelong resident of South L.A. and communications director at Community Coalition

The ramifications of these so-called “park deserts” are huge. Green space provides a setting for physical exercise, which leads to lower obesity, heart disease and diabetes rates. It also provides cleaner air and much-needed shade in a warming climate. Green space also provides a respite from high-density urban settings that affect mental and emotional well-being. 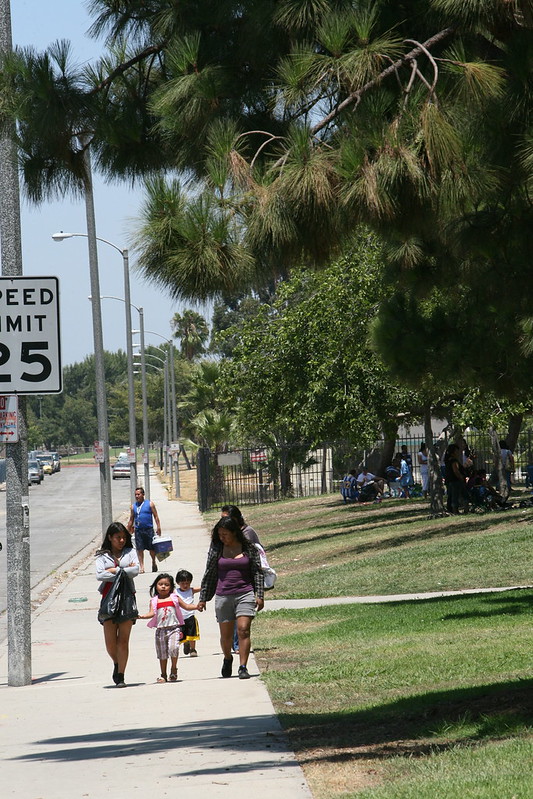 Green spaces also play an important element in violence prevention strategies, especially during the summer. Parks and recreational activities, such as Little League, basketball, swimming and dance classes, keep youth busy and off the streets, Mitchell noted. But the key is that parks must be safe for kids with adequate lighting and security measures to ensure bad elements are kept at bay.

“I never felt safe leaving my sons in community park settings,” she explained. “There are so many things our kids miss out on.”

The disparity in green spaces between neighborhoods with predominantly white residents and those with families of color can be traced back to redlining, the systematic denial of public and private investment in minority communities that occurred in the post-war years. This illegal practice skewed home ownership — as well as economic development that provided jobs and services and public infrastructures such as freeways, mass transit and parks — to favor white residential areas. Redlining’s legacy of economic and social inequities persists to this day; the resulting frustration among residents has contributed to the uprisings in South L.A. in 1965, 1992 and 2020.

Mitchell noted that these social disturbances have left a legacy in the neighborhood — vacant lots all over the area, which could be converted into pockets of green space.

“I’d love to see the concrete broken up and these mini-parks all over the place,” she expressed.

Barbour, for her part, has decided that the local government has failed South Los Angeles time and again. So it’s up to the residents to advocate for change.

“It’s ridiculous what’s allowed to happen in these areas,” she stated. “The community has to stand up and be vocal about it.” Parks, she explained, go a long way toward creating community anchors and fostering a cohesive atmosphere of belonging.

“Without parks,” she concluded, “the sense of community and being together is lost.”