More Than Half of California Children Affected by Adverse Childhood Experiences 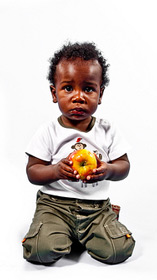 New research on adverse childhood experiences, or ACEs, reveals that 57 percent of children in California have had such experiences, with economic hardship as the most common, followed by divorce, alcohol abuse by caregivers and violence in the household.

The research is the first to compare states and ages of ACEs nationwide, which have long shown to often have lasting and harmful consequences that affect us on physical, emotional and social levels for the rest of our lives.

The new research by Child Trends looked at ACEs of children from birth through age 17, using representative nationwide data from the National Survey of Children's Health, which gathered data from the parents of these children. The Child Trends research estimated the frequency of eight of the most common ACEs between states and between children within age groupings.

In breaking down the data by state and age, Child Trends found that:

Clinical and forensic psychologist and author Dr. Susan Ashley has witnessed the impact of ACEs in her Northridge, California practice.

"We must understand that any ACE has an impact on any child, even if we cannot see it."

"It is not uncommon for children to have ACEs and not show any outward display that they are affected," Ashley said. "As long as they are doing well in school and behaving, it is easy to mistake this for a good adjustment to the ACE. Yet many children internalize their emotions, ignoring them, hiding them or avoiding them, thus giving the appearance that they are not impacted. We must understand that any ACE has an impact on any child, even if we cannot see it. Thoughts, feelings, fears, beliefs, all become shaken up by an ACE."

The greater the number of ACEs experienced, the higher the risk of medical, mental or social problems experienced as an adult.

"Psychologists have known all along the link between our emotions and our physical health," Ashley said, "but our health care system has yet to acknowledge this and provide psychotherapy on a par with medical care. Helping a child emotionally heal from an ACE now can prevent serious health problems years and decades later."