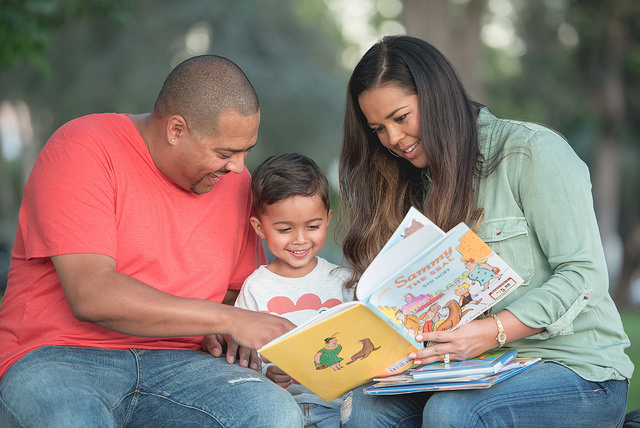 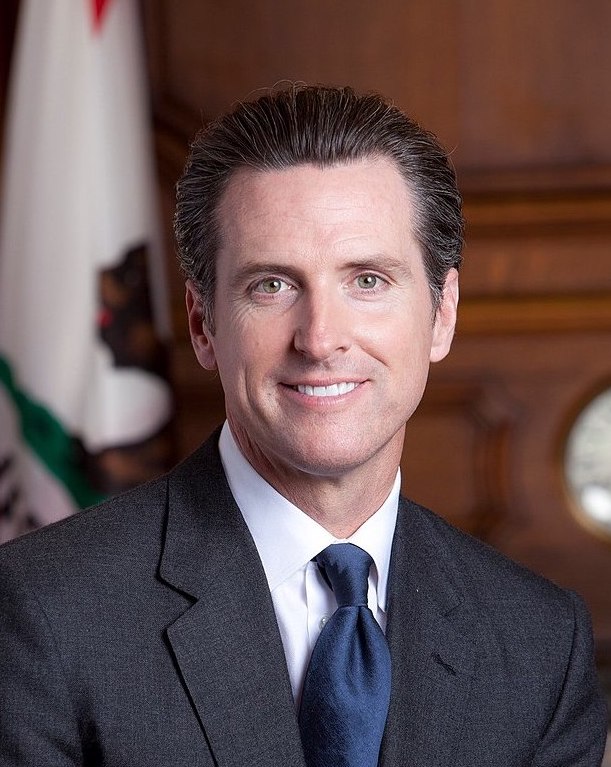 In the days leading up to swearing-in and his first weeks in office, Governor Gavin Newsom has made good on his campaign commitments by boosting proposed funding for early childhood development and stocking his cabinet and inner circle of advisors with champions for children.

By focusing on kids, the governor has made the issues facing young children headline news; he’s elevated awareness to the general public and created the urgency needed to build on the work of the California State Legislature over the past two years. 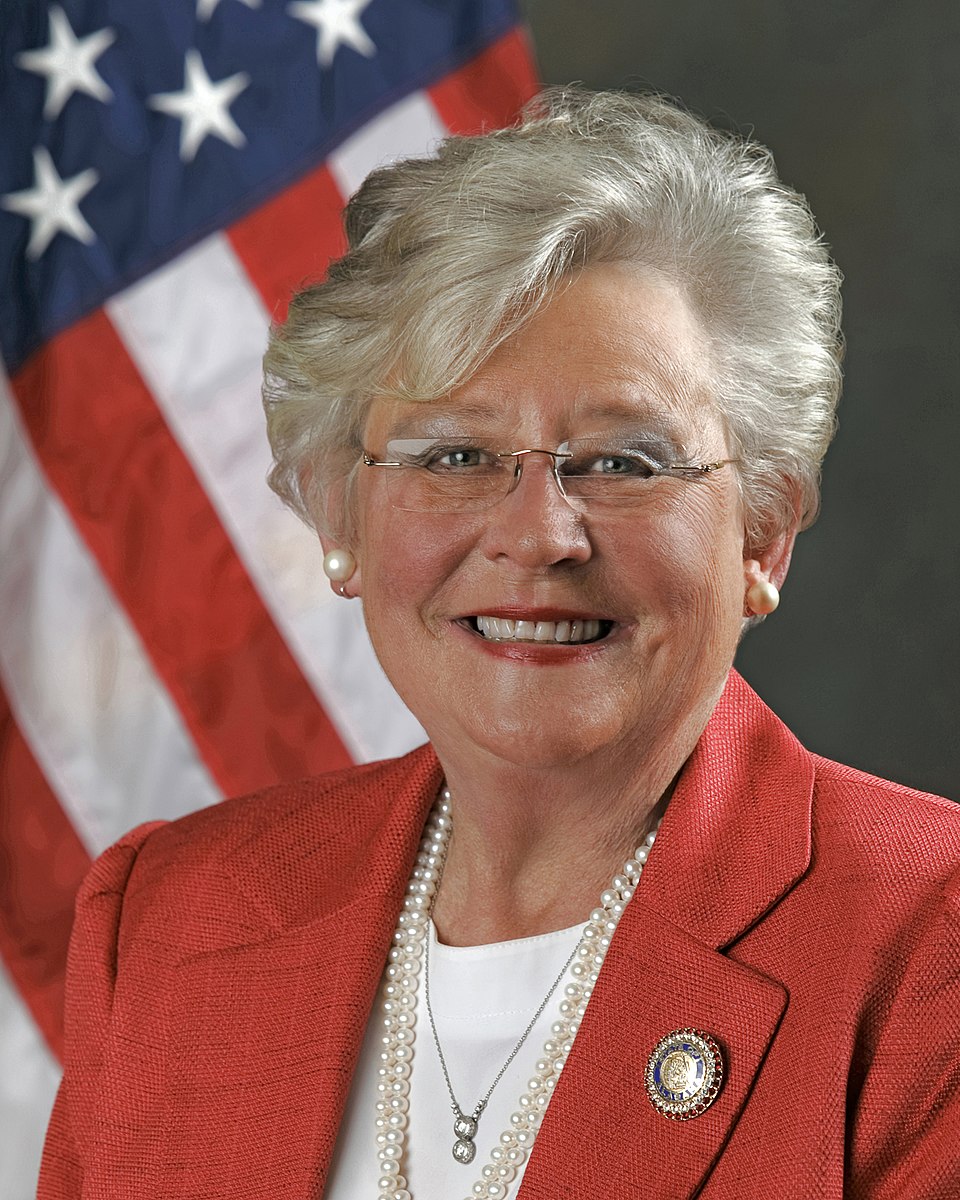 And this focus on kids is not limited to California.

To help our readers track the recent coverage of state-level support for early childhood development, both in California and throughout the nation, we have curated a comprehensive list of news articles below. The pieces begin on Election Day and are grouped into articles detailing the nationwide phenomena of governors and early childhood; Newsom’s early childhood-focused actions since elected; and opinion pieces about Newsom’s early childhood commitments to date. We hope you find this repository helpful as we collectively live, in real-time, this exciting window of opportunity for kids.

The following resource provides an overview of each governor-elect’s early education support. The profiles include relevant policy initiatives, campaign pledges, and public comments each official has made regarding critical early learning and care issues. (11/6/18)

While many states are still finalizing the vote counts, it is clear that Americans elected 20 new governors and re-elected 16 incumbent governors last night. (11/7/18)

While the big takeaway of the midterm election is that Democrats seized control of the House of Representatives and Republicans expanded their majority in the Senate, the results of the 36 gubernatorial races will likely have a greater impact in the short-term on early care and education policy. (11/12/18)

The Hechinger Report: These governors favor a group that didn’t vote for them: small children

Around the country, voters used Election Day in 2018 to favor a number of governors who ran on platforms of expanding programs for child care and early education. (11/15/18) 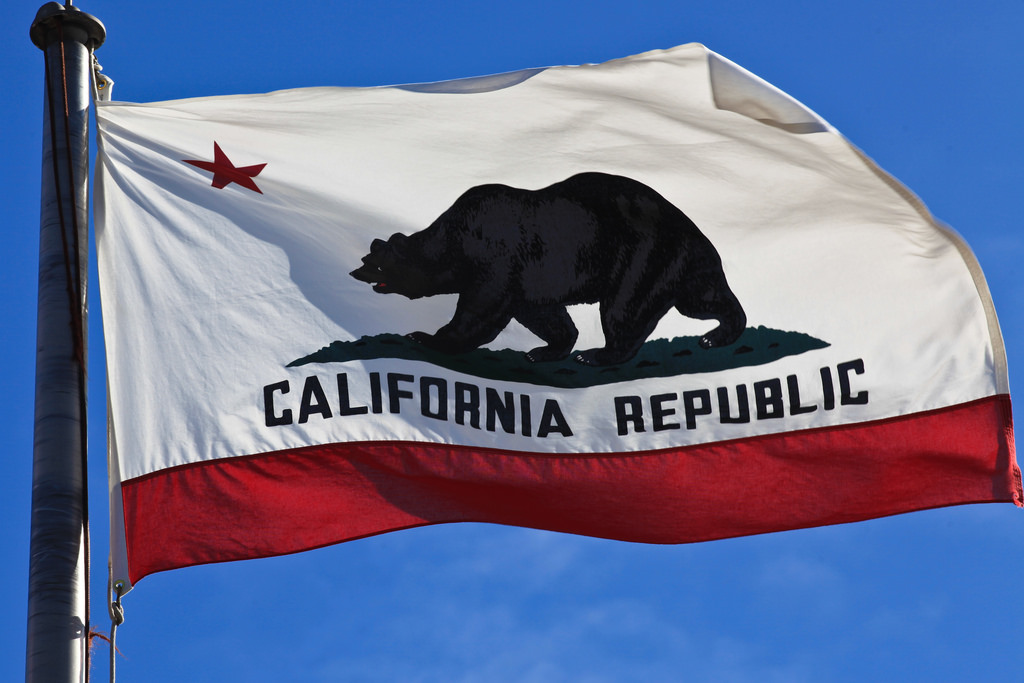 Newsom has spoken adamantly about public investment in children younger than age 3 as an antidote to closing the chronic gap in achievement between disadvantaged and wealthier students. (11/7/18)

The 74: EDlection2018: Gavin Newsom Easily Wins Governor’s Race in California, Which He Vows to Make ‘a State of Results and of Refuge’

His main educational focus during his campaign was early education and child welfare. (11/7/18)

Ann O’Leary, a former top adviser to Hillary Clinton with an emphasis in children and family policy, will serve as chief of staff. (11/9/18)

Looking for a big difference between incoming Gov. Gavin Newsom and current Gov. Jerry Brown, who will be termed out after 24 years in statewide office? Look no further than preschool. (11/27/18)

Governor-Elect Gavin Newsom is promising universal preschool for the next generation, and with Democrats winning a supermajority in the state Legislature, education in California is likely to see some big changes. (11/29/18)

Many in the advocacy community are now waiting to see what his election will mean for children’s issues in the state, including the child welfare field. (11/7/18)

The Fresno Bee: More California kids would attend preschool under push in Legislature

Democrats return to the California Capitol on Monday with their strongest political advantage in decades poised to fulfill a huge item on their list of pent-up demands: Vastly expanded access to preschool for 3- and 4-year-olds. (12/03/18) 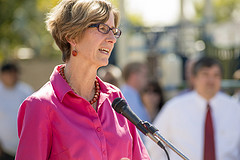 Kim Belshé, executive director of the child-advocacy organization First 5 LA and a former state Health and Human Services secretary, said the Newsom budget proposal suggests the governor-elect will focus on a comprehensive approach to improving the outcomes for children from low-income families. (1/2/19)

“There has not been an investment proposed of this sort by a past governor in California ever,” said Kim Pattillo Brownson, vice president of Policy and Strategy for the child advocacy group First 5 LA. (1/2/19)

Early-childhood programs will be at the top of the agenda for incoming California Gov. Gavin Newsom, who takes office Jan. 7. (1/4/19)

California’s incoming governor, who must send his first state budget plan to the Legislature this week, has already signaled a significant new focus on programs to help families and children from infancy to college. (1/6/19)

CALmatters: Governor Dad: How Gavin Newsom’s kids are about to shape California

It’s been a while since Californians had a governor who is also a Dad. And as Newsom begins his governorship he’s made clear that his role leading the state will be informed by his role at home. (1/7/19)

EdSource: Gov. Newsom wants universal preschool for low-income children in California to be phased in over three year

According to the Newsom transition team document outlining the plan, the push for universal preschool would be part of “the largest, most comprehensive investment in early learning and child development in California history.” (1/7/19)

In his first budget proposal, which is due to the Legislature by Thursday, Newsom plans to propose $100 million to expand a home-visiting program. (Stavely, 1/9/19)

Gov. Newsom plans to introduce a roughly $2 billion investment in child care and early learning programs in his budget on Thursday. (Mantle, 1/10/19)

The spending plan also includes $500 million in one-time money for “building child care infrastructure, including investing in the education of the child care workforce,” according to a news release from the governor’s office. (Caiola, 1/10/19) 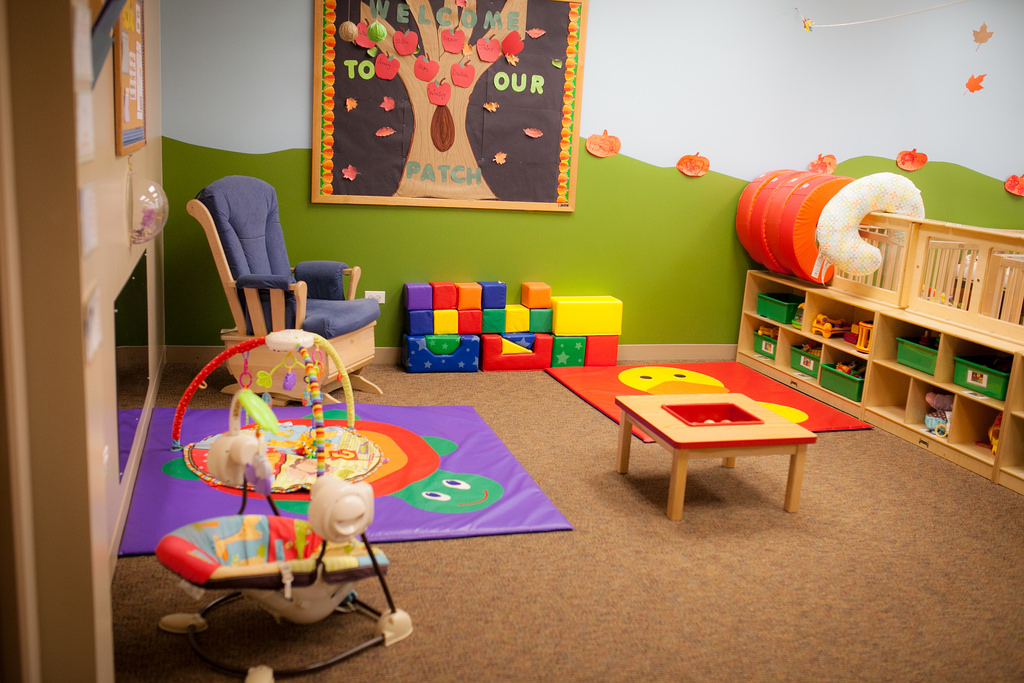 First 5 programs, which use state and county funds to support low-income families with young children, already screen for this type of trauma during home visits. But Erin Gabel, a deputy director of First 5 California, said the governor’s proposal could go a long way toward making this more widespread. (Caiola, 1/14/19)

Efforts to improve the health and education of California’s children would get a giant funding boost under Gov. Gavin Newsom’s budget, a prospect that’s generating a swell of excitement among child advocacy groups. (Boyd-Barrett, 1/15/19)

EdSource: Newsom’s cradle-to-career plan for education is ambitious — and expensive

To improve educational outcomes, the former San Francisco mayor argues that the state needs to begin offering services in early childhood with interventions continuing throughout school and college. (11/7/18)

“Cradle to Career” was a frequent refrain of Gov.-elect Gavin Newsom along the campaign trail and for the right reasons. (12/21/18)

“I encourage California’s Legislature to support this element of the state budget proposal. Every child in California deserves the best chance for a bright future.” — Mark K. Shriver, Bethesda, Md. (1/6/19) 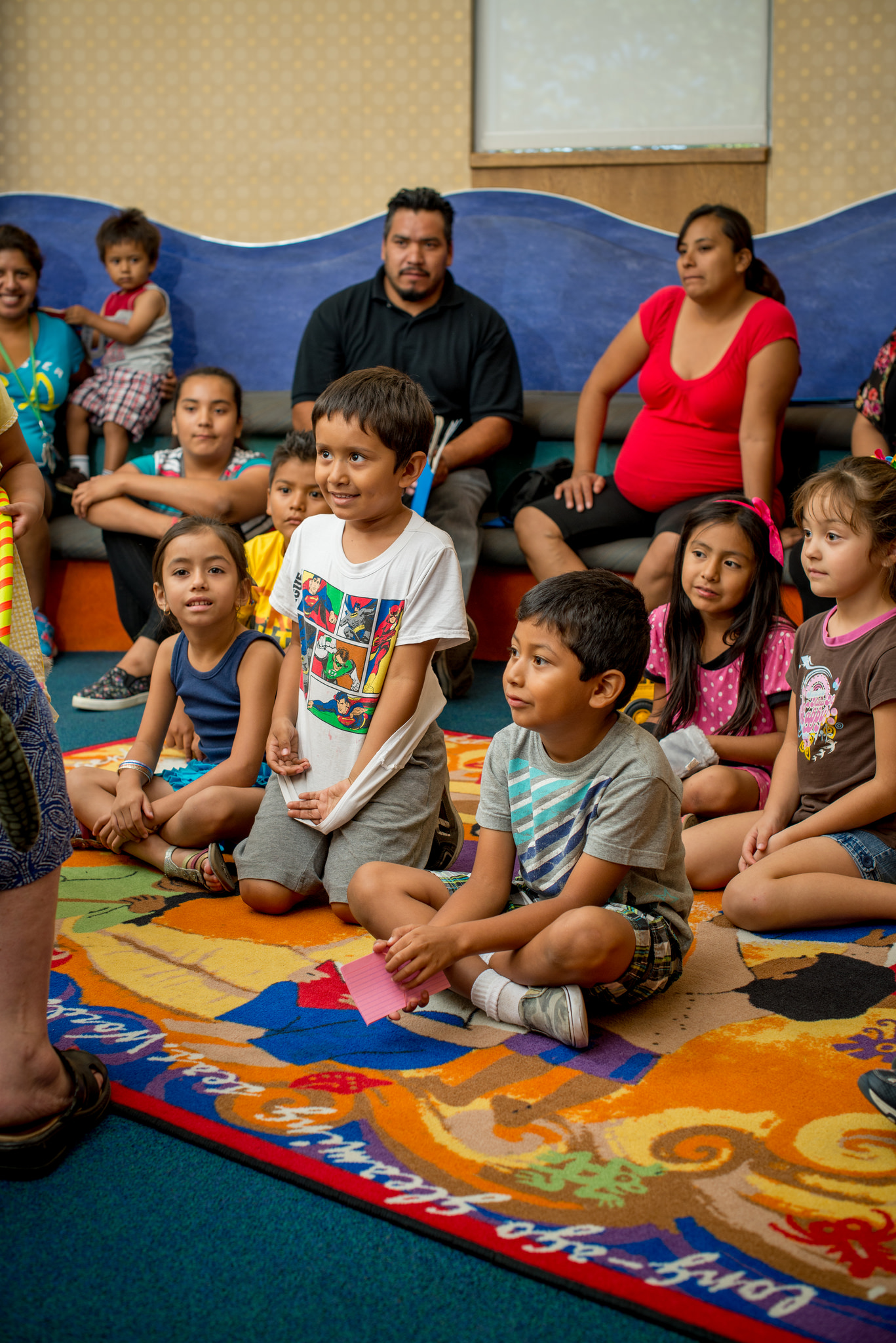 The Fresno Bee: Fresno is ‘ready’ for universal preschool. But is Newsom’s plan the best way to fund it?

The money would be used to subsidize child care facilities and expand full-day kindergarten, as well as fund in-home postnatal visits for low-income mothers, a program commonly found in European countries. (1/8/19)

On Monday, Gavin Newsom was sworn in as the 40th governor of California, which also means he’ll need to submit his first budget plan to the State Legislature this week. (Mantle, 1/8/19)

Preschool for all, which used to be a rallying cry for the champions of California’s children, gets little airtime these days. Children’s advocates are cheering Gavin Newsom’s just-released budget proposal — but the new governor’s plan skimps on prekindergarten. (Kirp, 1/17/19)

If Newsom’s grand scheme is realized, higher taxes are in store for our state, already accurately dubbed Taxifornia. (Sand, 1/19/19)