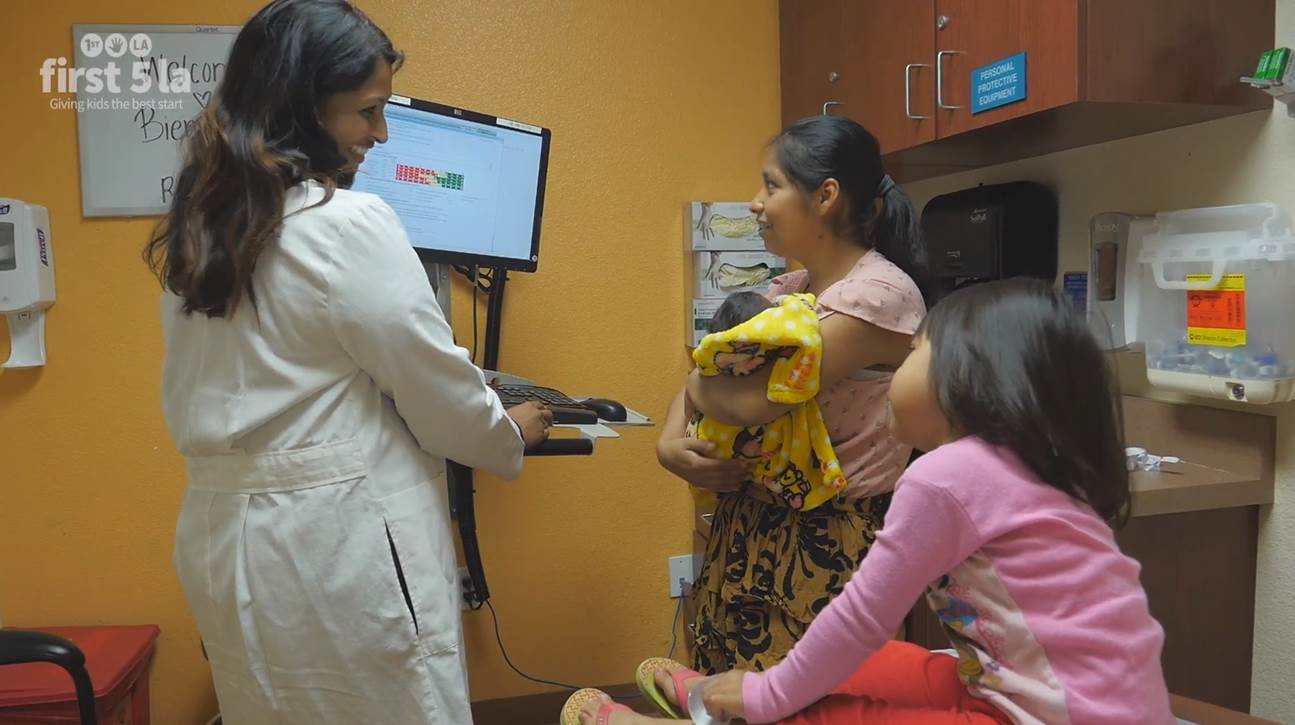 The early years of a child’s life are critical for building the foundation needed for success later in school and in life. Research shows that brain development is most rapid in the first years of life. In fact, 90% of a child’s brain is developed by age five. During this period of rapid growth, it is crucial to determine if a child’s development is on track and address any concerns as early as possible to have the greatest impact.

Developmental screening takes a closer look at how your child is developing. The tools used for developmental and behavioral screening are formal questionnaires or checklists based on research that ask questions about a child’s development, including language, movement, thinking, behavior, and emotions.

With regular screenings, families, teachers, and service providers can help young children with delays get the services and supports they need, as early as possible to help them catch up and thrive alongside their peers.

California’s system for early identification and intervention has been failing. The state ranks 30th in the nation on the rate of infant and toddler developmental screenings. Evidence indicates approximately 70% of children under age six years old in California are not receiving recommended developmental and behavioral screenings.

As many as one in four young children under age six years old are at risk for a developmental or behavioral delay. And with many types of developmental delays, timing is everything—a later diagnosis could mean missing out on early intervention services and support that could help a child catch up.

The American Academy of Pediatrics (AAP) recommends that children be screened for developmental and behavioral delays at least three times before their third birthday (9 months, 18 months and 24/30 months).

Identifying young children with or at risk for a developmental or behavioral delay is an essential first step toward ensuring that all children have the opportunity to reach their optimal health and well-being.

Help Me Grow is a national effort that builds on existing resources at the local level to strengthen how systems work together to provide timely screenings for developmental and behavioral delays, connect children to early intervention services, and empower families to support their child’s healthy development. For example, the system collaborates with pediatricians to screen for developmental and behavioral delays during regular physical check-ups.

First 5 LA, in partnership with the Los Angeles County Department of Public Health (LACDPH), is currently planning for the implementation of HMG-LA. The recommendations put forth by the planning members serve as a guide to inform First 5 LA, LACDPH, and county partners for the next phase of planning for HMG-LA. Together with county partners and stakeholders, First 5 LA seeks to transform local systems to better serve children and families.

Learn more about HMG and how other counties are implementing the system at Help Me Grow California.

First 5 LA is working closely with the First 5 Association in sponsorship of Assembly Bill 11, which ensures children receive routine screenings to identify delays as early as possible. It is a critical first step in bolstering our early intervention system. We urge the California legislature to prioritize early identification and early intervention so that all California children receive a screening and the support they need to thrive.

First 5 LA continues to work in partnership with policymakers, parents and caregivers, communities, and county partners to promote a family-centered system of care that supports all children at risk of developmental and behavioral delays.

If you are a parent or caregiver and would like to learn more about early identification and intervention services, visit the First 5 LA’s Parents and Family page.