Highlights from the April 11 Commission Meeting include: the endorsement of local Measure EE, the approval of two key strategic partnerships and a presentation of the Landscape Review of the Strategic Plan Refinement Process, with breakout sessions dedicated to discussing the key findings.

The Board of Commissioners meets on the second Thursday of each month at 1:30 p.m., unless otherwise indicated, at the First 5 LA offices. All meetings are open to the public, and agendas are posted on our website at least 72 hours in advance. Please check our Commission Calendar for all updated meeting information and click here for Commission meeting packets, agendas, summaries and meeting notes.

In a historic first, the Commission Board unanimously approved the endorsement of Los Angeles County Measure EE — a 12-year parcel tax at the rate of 16 cents per square foot of habitable structure — to increase funding for Los Angeles Unified School District (LAUSD) to the benefit of all LAUSD schools, including preschools.

The measure — as proposed by LAUSD for the June 4 Special Election Ballot — is the first local measure First 5 LA has ever publicly endorsed.

Alignment with the Strategic Plan’s goal to ensure that all of Los Angeles County's young children have access to quality early learning and high impact on a large number of young children are the two driving reasons for First 5 LA’s first-time support of a local measure, as noted in an analysis of Measure EE presented by Policy and Strategy Vice President Kim Pattillo Brownson in the meeting. Measure EE would support this priority by helping fund ECE programs with a highly educated teaching workforce for the 20,000+ children ages birth to 5 who are currently enrolled in LAUSD, the largest preschool provider in the state.

Research shows that high-quality early education plays a crucial role in a child’s later success in school and life, and LAUSD’s ECE programs consistently are led by a highly trained cadre of teachers and assistant teachers, and score well on quality rating systems. LAUSD has been a statewide innovator on quality early education, especially for low-income children, and its ability to continue to provide and expand early education in the County is a vital resource to thousands of children and families. The measure also directly supports First 5 LA’s North Star: that by 2028 all Los Angeles County children enter kindergarten ready to succeed at school and life.

Parcel taxes –– like Measure EE –– have been lauded as contributing important resources to children’s well being due to the fact that parcel taxes provide statewide funding, are less affected by the volatility of state income tax revenues and are often renewed, as evidenced by similar taxes that have been put in place in the Bay Area and throughout California (one in eight school districts in the state has a parcel tax).

The Board took arguments for and against the measure into consideration and noted that the parcel tax includes a financial oversight clause and the tax itself would only cost an additional $150–$450 annually per average household.

As a leading early childhood partner and advocate, First 5 LA hopes that by endorsing Measure EE, other K–12 revenue measures will follow LAUSD’s lead and include ECE with the same intentionality exemplified in Measure EE.

First 5 LA’s partnership with Community Partners comes at a time when momentum is growing within the Best Start Communities to address limited access to quality food for children and families. The funding will help coordinate and execute a series of community meetings with parents and community providers across the five Best Start regions to explore ways in which we can enhance families’ access to nutritional food, including accessing CalFresh.

The second strategic partnership, with the Advancement Project, is a crucial next step in developing and advancing the work of the new Best Start structure, the Best Start Learning Agenda, Impact Framework and Strategic Plan Refinement Process (SPR4).

Last on the list of actions approved by the Board was an amendment in the amount of $100,000 through June 2020 to Third Sector New England, Fiscal Agent for Opportunities Exchange. This comes as part of an ongoing partnership that began in 2014 to assist ECE providers in sharing various administrative functions to maximize their efficiencies.

As the action portion of the meeting came to a close, Programs Vice President Christina Altmayer and Learning for Action (LFA) Founder and CEO Steven LaFrance took center stage with a presentation on Phase One of the Landscape Review of SPR4. (LFA is the outside organization hired to prepare the report. Phase One findings from the report can be found here.) 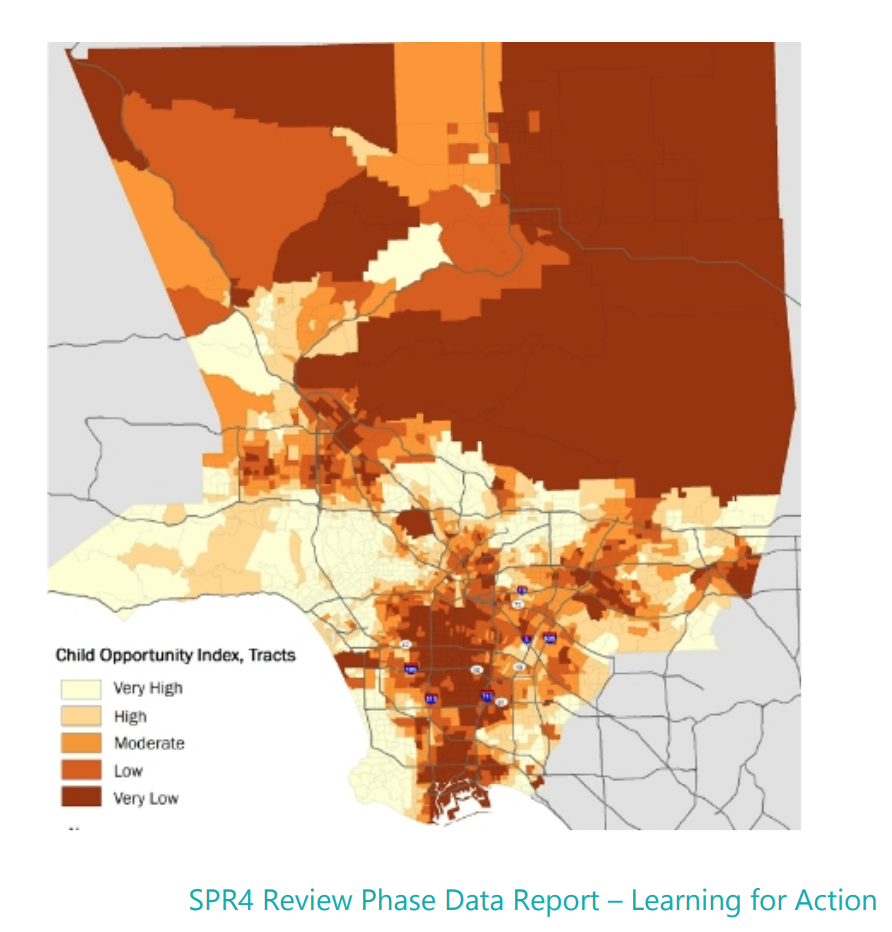 The overarching focus of the Landscape Review was on the inequity of opportunities due to racial and economic disparities. Los Angeles County ranks 7th in income inequality out of the 150 largest metropolitan areas in the United States, and data on L.A. County’s demographics shows extensive disparities in all four of First 5 LA’s outcome areas in regions that cluster along economic and racial lines.

These findings lift up the importance of the new equity investment guideline recently approved by the Board.

As remarked by Executive Director Kim Belshé in her opening statements that referenced the report, “The findings are familiar. And they are sobering. They remind us of why we do what we do, and the urgency that we bring to this work, particularly in light of the changing demographics of our county and state and particularly in relation to the significant disparities that we see across populations and in the context of the specific areas where we have been doing work.”

According to the report, which also reviewed how outside stakeholders and local entities view First 5 LA, the agency brings credibility and focus to the policy table and is positioned to engage in powerful advocacy to guide wise investment of new resources that address the systemic causes of this inequity.

The Board then broke out into three groups to discuss questions related to the overarching themes of the report: Equity, Systems Strengthening and Policy.

The meeting ended with a recap of each group’s discussions. Highlights are as follows:

The Equity group shared some important questions that arose during their discussion, as shared by Altmayer: How do we make the equity data part of our conversations and part of our community engagement efforts? And what are the systems that are really affecting parent knowledge? How do we change and access those systems?

The second group, discussing System Strengthening, shared an idea that came from their conversation: In what ways can systems come together when forming their strategic plans to have cross-sector planning and support? And how can First 5 LA, as a trusted and credible partner, be the facilitator and “connective tissue” for that? 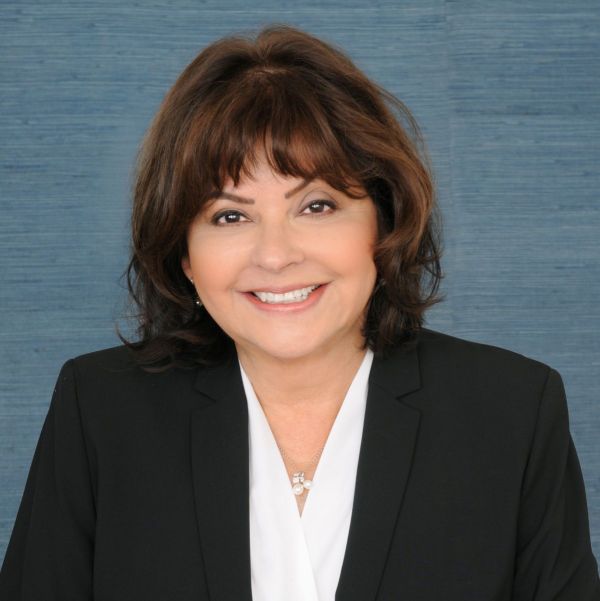 And lastly, Commissioner Marlene Zepeda spoke on behalf of the Policy discussion, stating that “the governor has a proposed budget that is very broad and undefined in a lot of ways, and they’re asking for help with ideas, so we need to be very proactive in providing them with suggestions for things that they could do.”

Commissioner Keesha Woods added onto her sentiment, stating the importance of coming together on our priorities, especially with the larger ECE entities in Los Angeles County, in order to have a greater impact: "A unified voice is going to go much further.”

The second phase in the SPR4 Process, “Reflect,” is currently underway through the end of June.

No public meeting link is available due to this being a closed session.

There will be an opportunity for public comments during this closed session.

IMPORTANT: All public comment(s) must be received by 4:30 pm the day of the meeting in order for them to be addressed during the meeting.