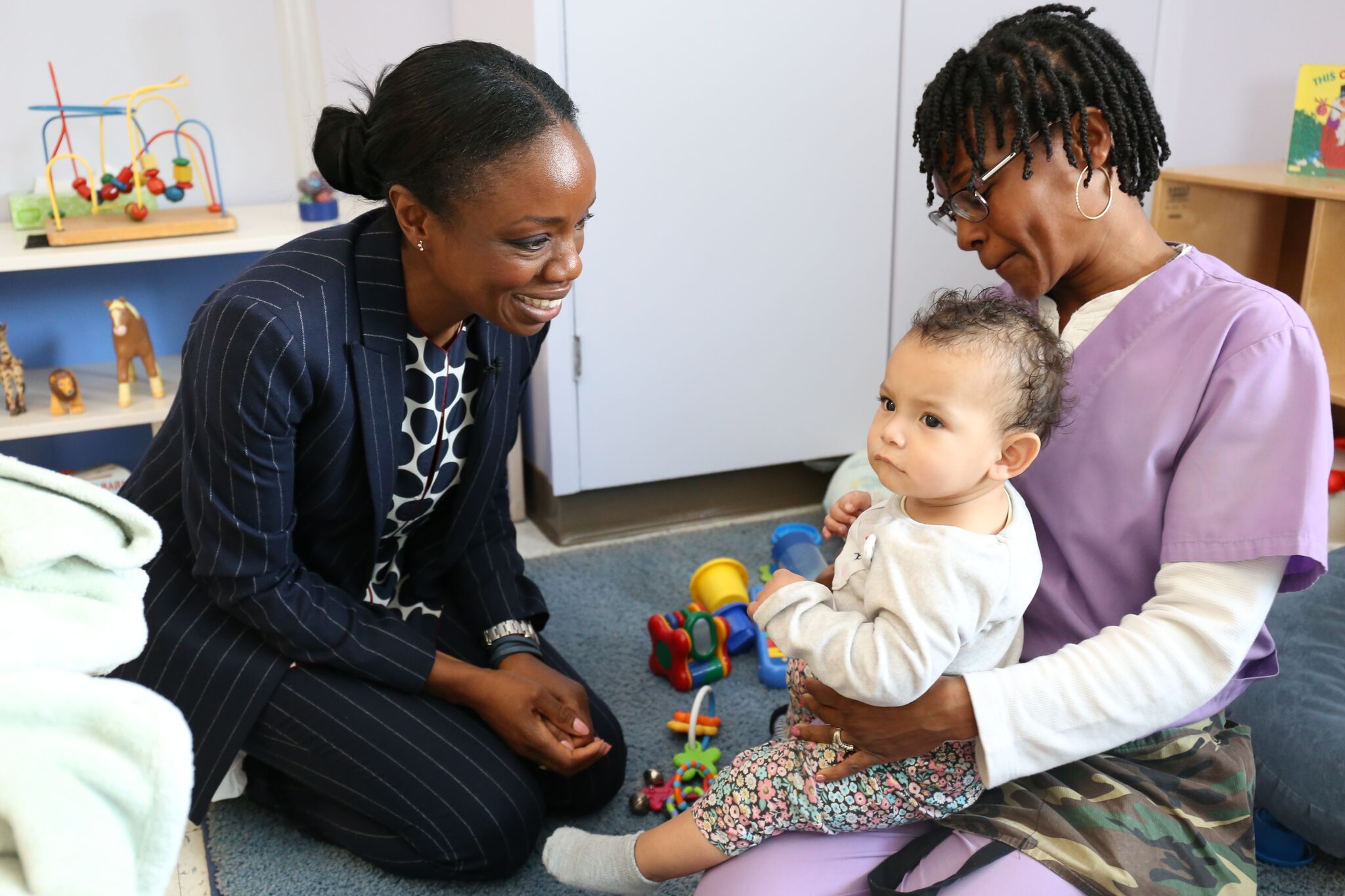 California’s first Surgeon General, Dr. Nadine Burke Harris, has long regarded healing childhood trauma as a key to improving public health. On April 30 she visited South Los Angeles to see firsthand how a center in Watts is accomplishing that, as well as gather input to help guide policy in her new role.

“It was really important to start out my term as state surgeon general by listening to you all who are serving in the communities,” she said during a tour of the Locke Early Education/Infant Center and Locke Wellness Center, which are located in one of the city’s most impoverished neighborhoods. “There is no doubt in my mind that childhood adversity is a public health crisis. We’re hoping to make some systemic changes.” 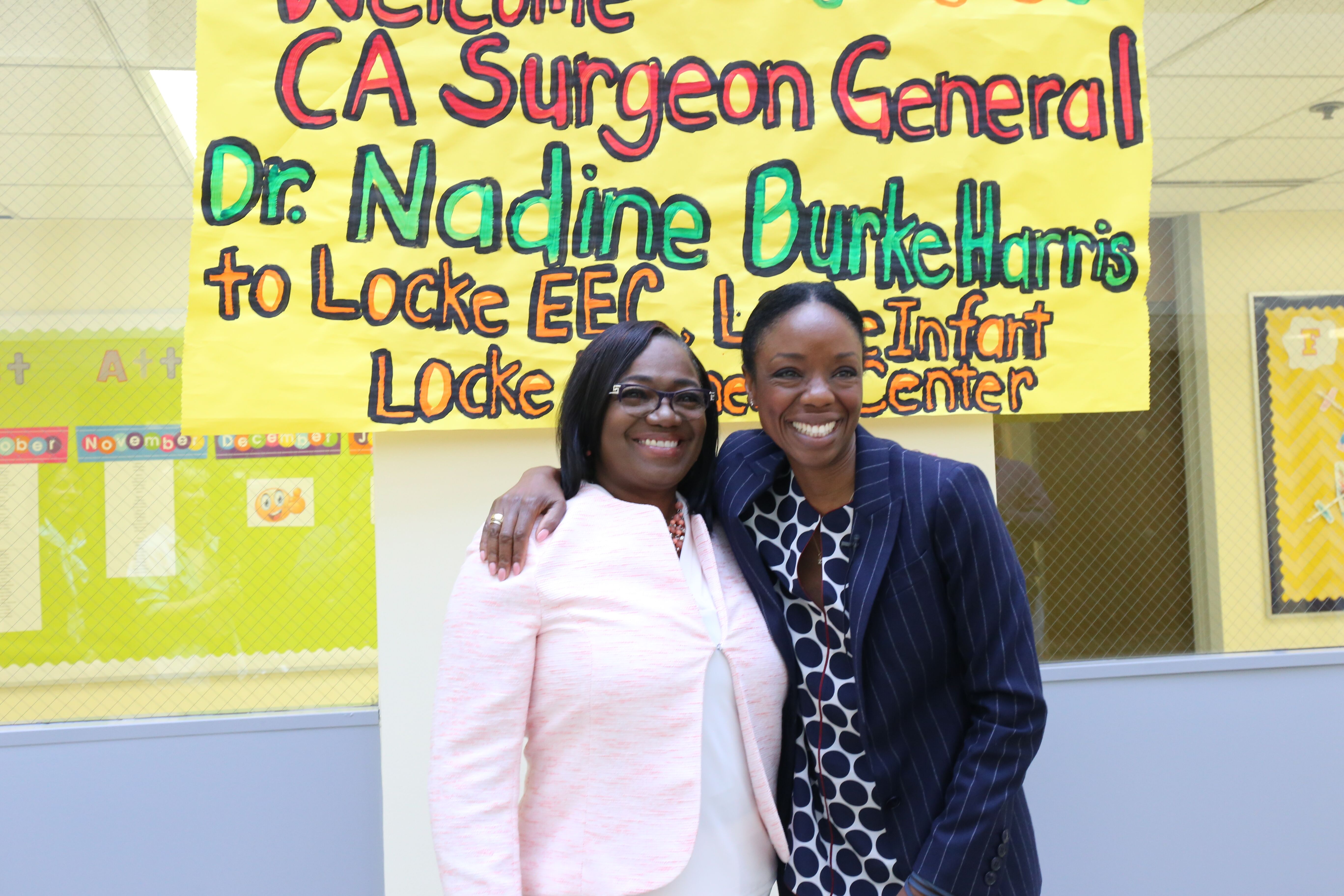 L.A. was one of the stops on the surgeon general’s statewide “listening tour,” which she undertook three months into her new position to collect suggestions about how the state can better address early childhood trauma, toxic stress and health care disparities, as well as to seek examples of successful approaches and programs that could be replicated around the state.

Burke Harris, a pediatrician who founded the San Francisco-based Center for Youth Wellness clinic, is considered a pioneer in linking adverse childhood experiences (ACEs) to long-term health effects. She created a screening tool for pediatricians to detect ACEs — which include physical abuse, substance abuse, poverty and mental illness — and help them both interpret the results and direct children and caregivers to treatment services.

Christina Altmayer, vice president of programs for First 5 LA, noted that the surgeon general’s visit was significant as it raised awareness of the importance of early childhood development and trauma-informed care — a holistic approach to health that has been a cornerstone of First 5 LA’s work in addressing the systemic and cyclical nature of trauma and its lifelong impact on a child. “It’s an exciting opportunity to hear from and inform the new administration, especially someone as respected as Dr. Nadine Burke Harris,” she said. 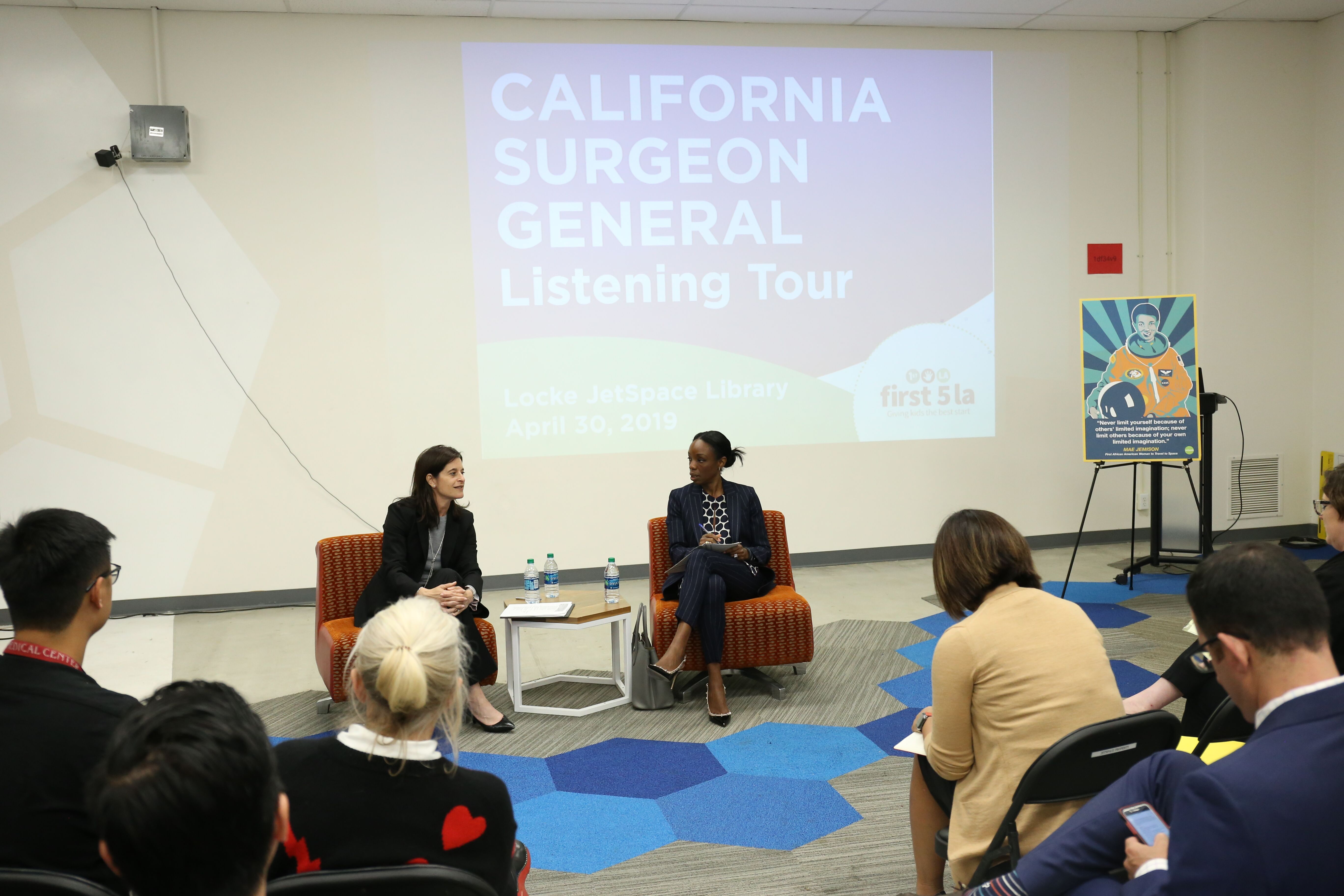 The tour included a discussion with about 30 health professionals and service providers from around L.A. County, who told Burke Harris about policy changes they would like to see in order to better serve the public.

Several participants raised concerns about regulations that limit providers’ services. One participant noted that seeing clients outside of clinical settings — such as parks and museums — is pivotal to building a relationship of trust, but providers are not allowed to do so. Others noted that the overwhelming amount of paperwork required by the state takes time away from outreach and clients.

Dr. Jonathan E. Sherin, director of the L.A. County Department of Mental Health and a First 5 LA commissioner, agreed. “Exposure to trauma is driving lots and lots of mental health problems,” he said. “But half of our resources and energy are spent in dealing with bureaucratic issues. It sucks morale. We need more flexibility. I want to be held accountable to outcomes.”

Dr. Barbara Ferrer, director of the L.A. County Department of Public Health and a First 5 LA commissioner, said she would like to see more emphasis on closing the racial gap in infant mortality, noting that black babies die at three times the rate of white babies. The disparity is a result of inequitable access to prenatal care for pregnant women of color, she noted. “Racism is a form of toxic stress,” she said. 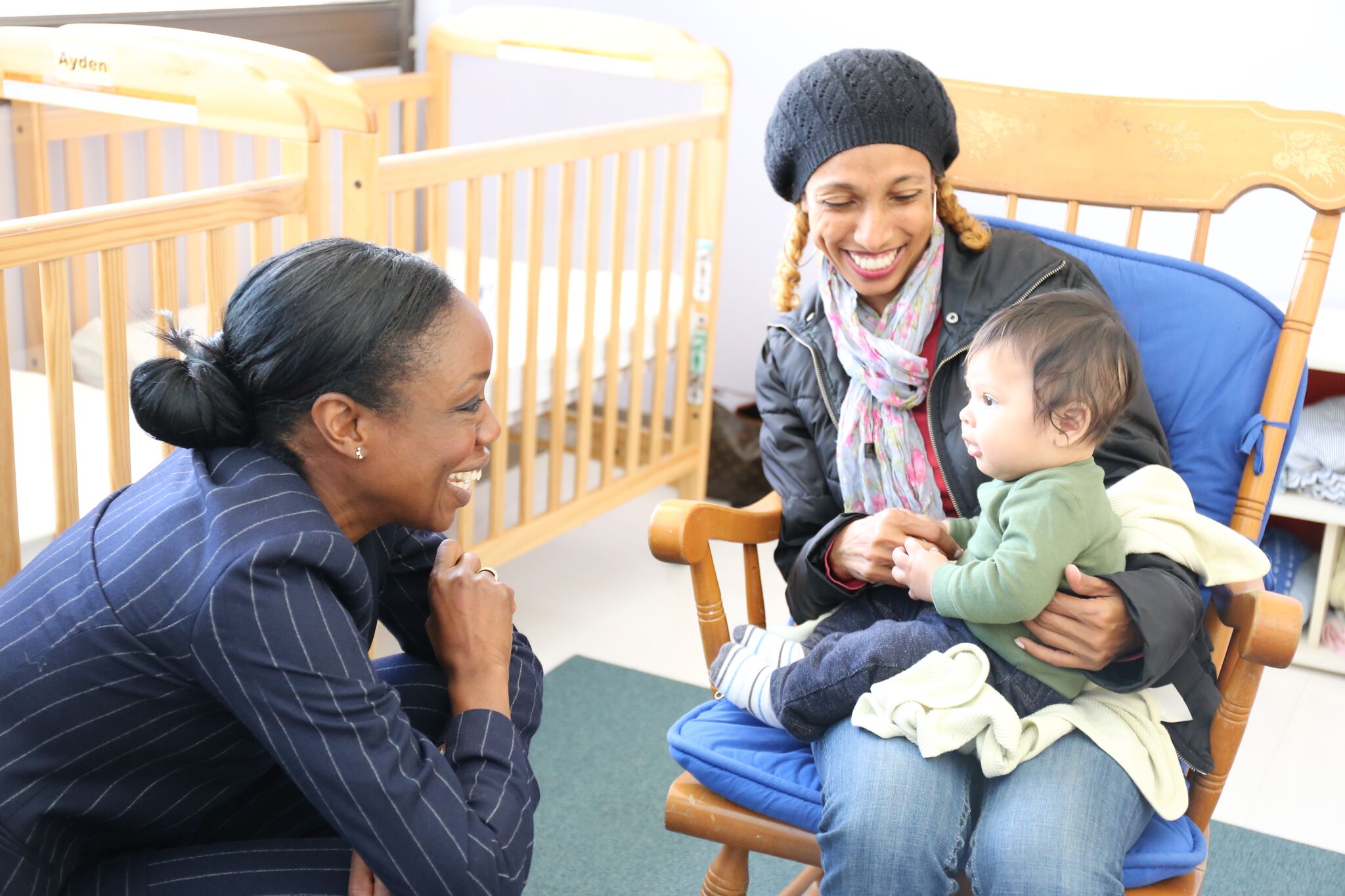 She additionally said that more violence prevention programs would be a key way to reduce a major source of trauma, and more support should be given to the informal caregiving networks for infants and toddlers that many low-income parents rely on.

Others noted that while they applaud legislation that requires Medicaid recipients to be screened for ACEs, policymakers need to ensure trauma-informed services are available for both children and adults who score high on the screening tool. Several suggestions were made to make ACEs screening easier by training unlicensed professionals to administer it and to administer it during home visits.

Another proposal was to include fetal alcohol spectrum disorder in the screening tool, due to the widespread and harmful effects of drinking during pregnancy, and to mount a public campaign against alcohol consumption during pregnancy.

The surgeon general, who held up the copious notes she took during the discussion, said that awareness of the toxic effects of childhood adversity is currently in its initial stages and likened it to the start of anti-smoking and AIDS campaigns, which have drastically reduced mortality rates linked to tobacco use and HIV over several decades.

“As we do this work together, it’s going to be hard. It’s going to take time,” she said. “What we’re doing 10 years from now, if I have anything to do with it, will be markedly, substantially different. We are going to change outcomes for this next generation.” 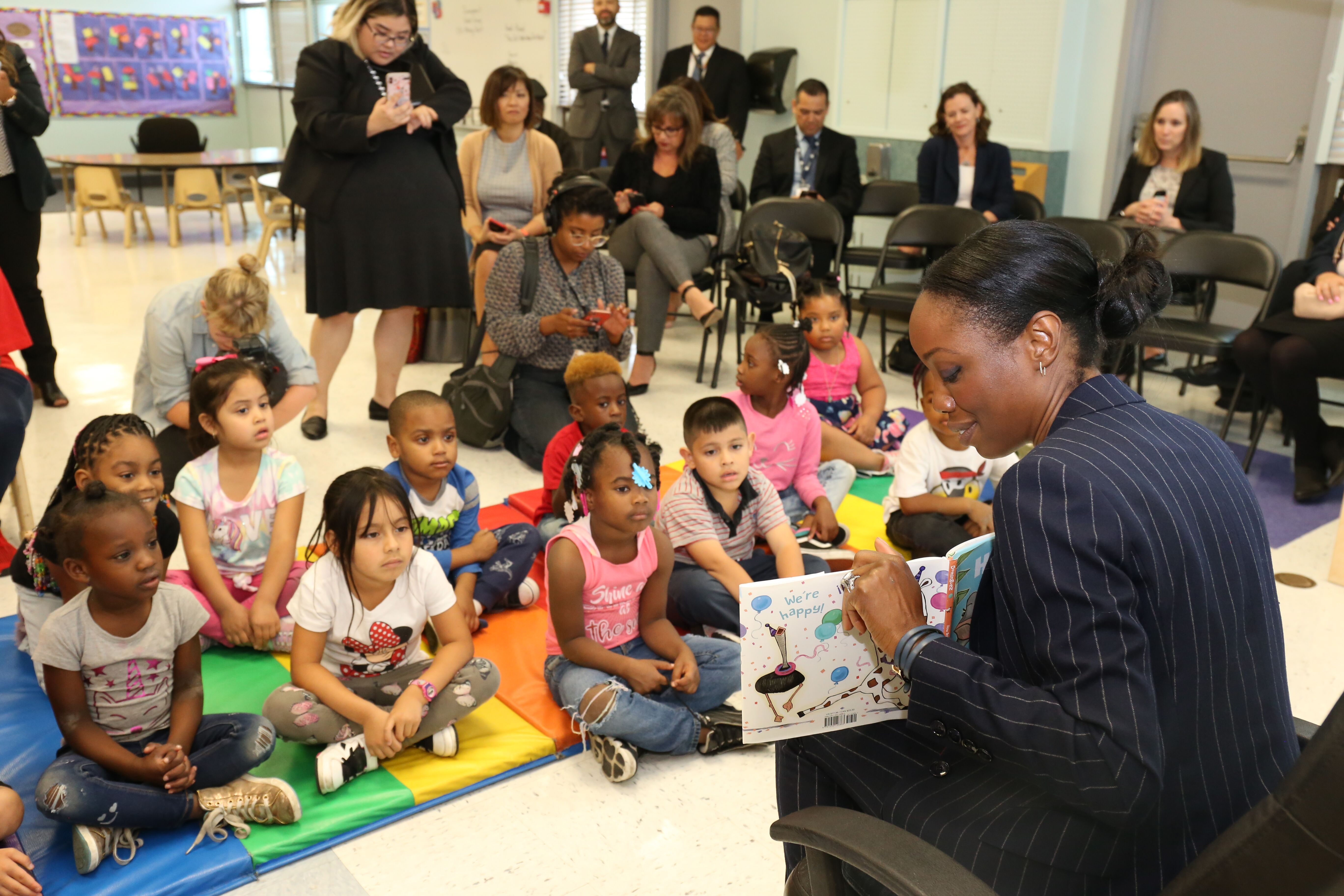 During the earlier tour of the Locke Center, which provides services to babies up to kindergartners, Burke Harris cuddled an infant, read a story in Spanish and English to Pre-K students and viewed a training session for early childhood professionals. Her visit also coincided with the center’s el Dia de los Niños event and Burke Harris took part in activities related to the annual celebration dedicated to children and early literacy.

The session was part of the SEEDS for Family School Readiness program, developed by the UCLA Nathanson Family Resilience Center, which aims to build healthy relationship and self-regulation skills in young children with histories of trauma.

Burke Harris requested a copy of the curriculum. “One of the wonderful things I get to do in this role is to be a bully pulpit and shout what some of the best practices are,” she said.

The surgeon general said she was impressed by how the Locke Center combined infant and toddler care, a preschool, a community medical and dental clinic, and mental health services in a location across the street from a high school.

“It’s really amazing to see the number of services under one roof,” Burke Harris said. “Research is telling us there is a need for integration of services, and it’s all happening in a way that’s trauma-informed. That’s the direction we all need to be moving in.” 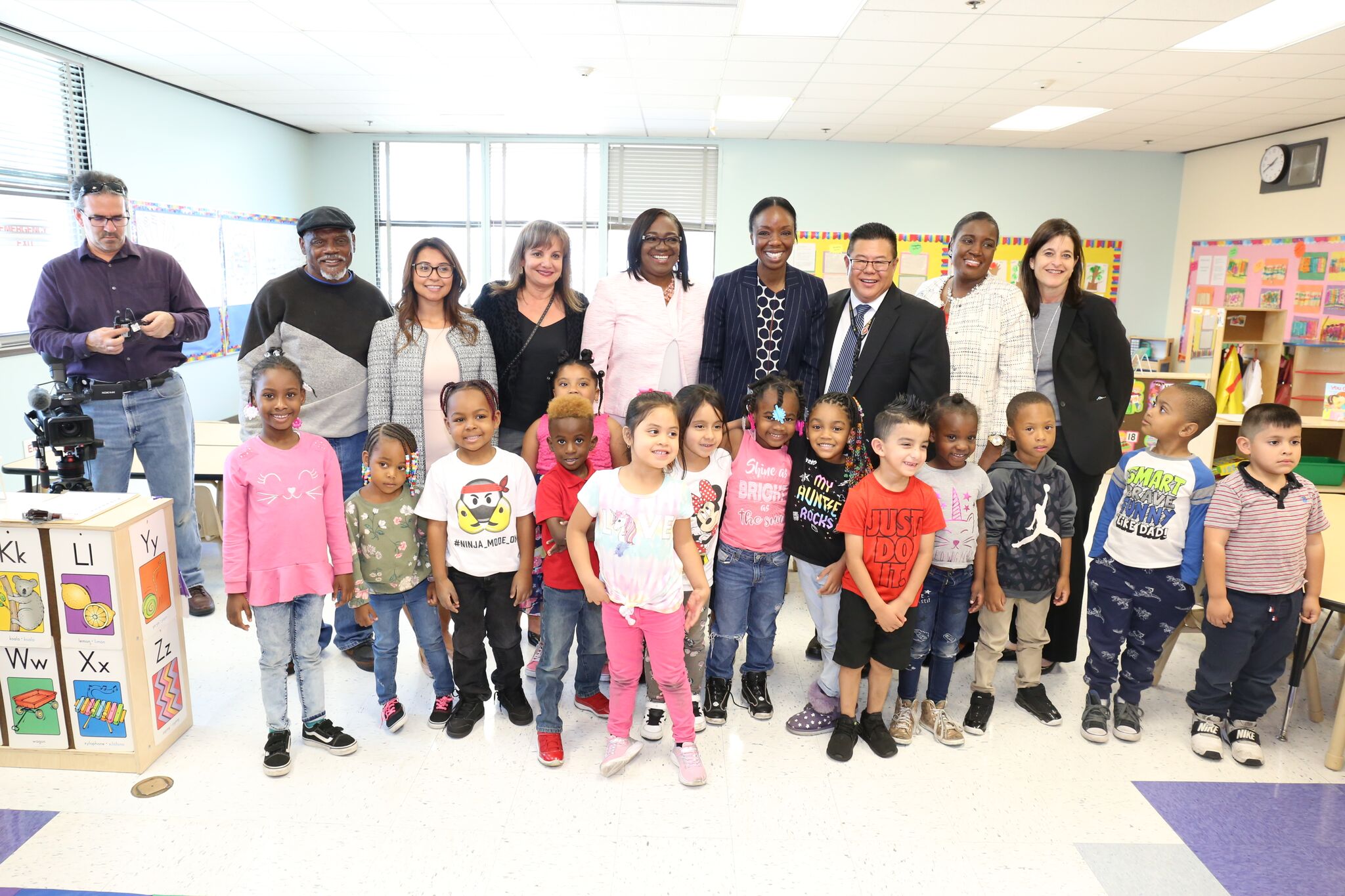