A Dynamic Duo in Broadway-Manchester 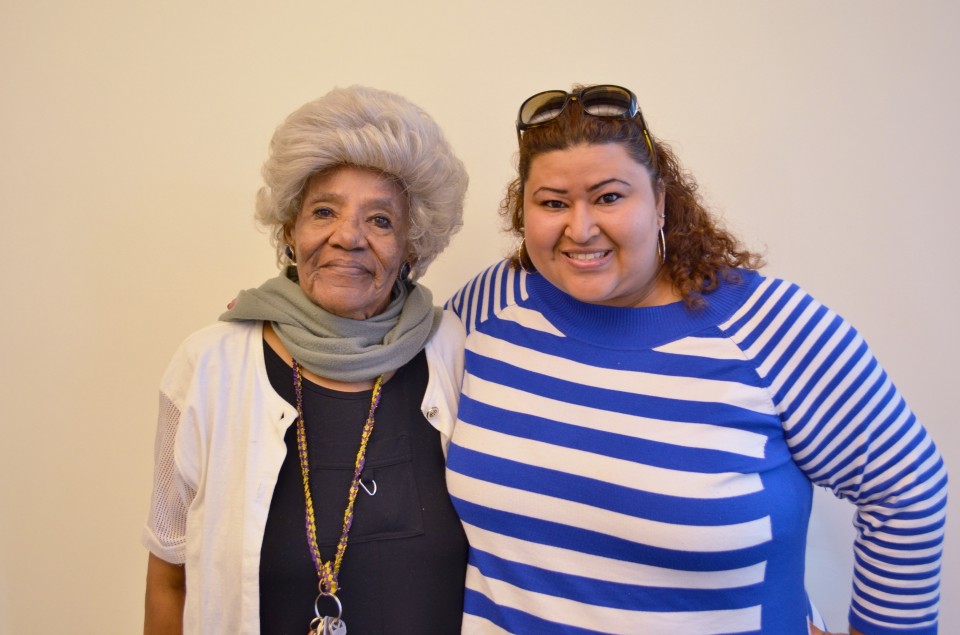 While First Lady Michelle Obama’s health and fitness campaign “Let’s Move” is helping focus the spotlight on raising a healthier generation of kids, Priscilla Melendez and G. JoAnn Smith are leading the charge in their Los Angeles community to educate families about healthy eating and cooking habits.

Moved by the strong sense of community shared at the opening of the 97th Street Pocket Park near her home last year, Melendez became a member of the Community Based Action Research Project (CBAR), which was formed through the Best Start Broadway-Manchester Community Partnership. Joining forces with formidable and longtime community activist Jo Ann Smith, the dynamic duo went through training to learn how to do community outreach.

After creating a questionnaire which featured 27 questions to obtain feedback from community members about their eating habits, the team collected an amazing 300 completed surveys from their neighbors in the Broadway-Manchester area.

The surveys revealed that at least 65 percent of Latina mothers interviewed believed that, solely because they cooked at home, they were cooking and feeding healthy meals to their families. On the other hand, a large percentage of African American community members interviewed stated that family members tend not to eat meals together at all; in many cases kids are eating at different times from their parents.

“Kids are a reflection of their parents,” said Melendez. “They eat what their parents eat. If the parents have no knowledge of what healthy is, or they believe that they know but they really don’t know, we need to teach the parents or target the parents. The parent is the key for the child to understand what healthy eating is, because otherwise it’s going to be like an ongoing cycle.”

At age 79, Smith is a powerful force in the community. A native of Tulsa, Oklahoma, the outspoken Smith moved to Los Angeles in 1951. Since then, she has been involved in community activism in South Los Angeles, from working with the homeless to helping those recently released from prison to integrate back into society.

Impressed with the commitment of Melendez, Smith said the team left no stone unturned. They even went to laundromats to survey mothers while they did their wash. In reflecting on the importance of the project, she shared her feelings on Best Start‘s impact on her community.

“Best Start is so helpful to families,” said Smith of her involvement with Best Start Broadway-Manchester. “Hopefully we can get more people aware. We can help families know who they are and help them help their communities be better communities.”

Smith says one of the things learned from the surveys is that many people didn’t know exactly what healthy eating meant.

“We learned that people don’t know what healthy food is. A lot of those surveyed cook at home – that’s the reason they thought they were eating healthy. But fat back or neck bones cooked at home,” chuckled Smith, “that might not be so healthy.”

Tara Barnes, a program manager for The Children’s Collective and a member of the Best Start Broadway-Manchester Leadership Group, says it’s their wonderful people skills that make all the difference.

“She’s a vital force in our group,” said Barnes about Smith. “She has a huge respect for families to thrive.”
Barnes shared similar feelings about Melendez: “She has a really good gift of connecting with people and networking.”

After the surveys were collected, the team made a well-received presentation of their discoveries using easy-to-understand visual aids instead of the usual pie charts and graphs. The presentation outlined the different definitions of healthy eating from the cultures which make up their community, yet everyone ended up on the same page about the need to help families learn more and ensure there is access to healthy food.

A community project such as the healthy eating survey can have a tremendous impact on future cooking decisions and lifestyles for strong and healthy families. But it takes the involvement of the community to make a difference. As Joaquin Calderon, the program officer for Best Start Broadway-Manchester, said about Melendez and Smith, it’s about pulling together and making a community excited about being a community.

“They are a true example of the impact individuals can make when they work together,” said Calderon. “They inspired other people in the Best Start Broadway-Manchester partnership to do more.”