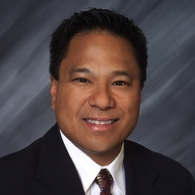 Dr. Manalo was first elected to the Artesia City Council in a special election in 2007, and he was re-elected in 2009 and 2013. He has served the city twice as Mayor in 2010 and 2016. His priorities include engaging with Artesia residents, promoting volunteerism, diversity, and inclusivity, revitalizing the downtown shopping corridor, and stabilizing the city’s revenue. During his tenure on the Artesia City Council the city has built up its contingency reserves from zero to 100% of expenditures in three years, renovated the downtown shopping district which has spurred 30 development project proposals, and approved incentive programs for home improvements, business façade improvements, and new restaurants.

Dr. Manalo is the Regional Council Representative on the Southern California Association of Governments (SCAG), the nation’s largest metropolitan planning organization, representing six counties, 191 cities and more than 18 million residents. SCAG undertakes a variety of planning and policy initiatives to encourage a more sustainable Southern California now and in the future. He is Board Member of the South East Los Angeles County Workforce Development Board, which specializes in helping job seekers gain the skills and confidence necessary to set a path that leads to self-sufficiency and long-term employment and is a Past President of the California Contract Cities Association, an association of over 70 member cities representing more than 7 million residents that promotes and protects contracting for municipal services so that city can provide the best services for a lower cost.

Dr. Manalo earned his Ph.D. in Social Work from the University of Southern California (USC). He is Dean of the Claremont Core Program at Claremont Lincoln University, a graduate online university that works with professionals who want to engage for positive social change. He was Associate Professor in Social Work at California State University, Los Angeles for sixteen years, Interim Chair of the Department of Social Work at California State University, Dominguez Hills, and he has taught graduate and undergraduate social work courses at Cal State LA, USC, and Cal State Long Beach. Dr. Manalo is a member of the National Association of Social Workers (NASW), and he has served at the local, state, and national levels. Currently, he serves as Treasurer of the NASW Political Action for Candidate Election committee and as a member of the National Committee on Nominations and Leadership Identification.