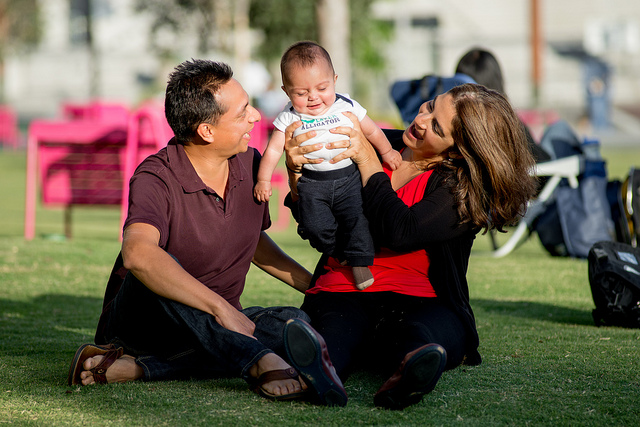 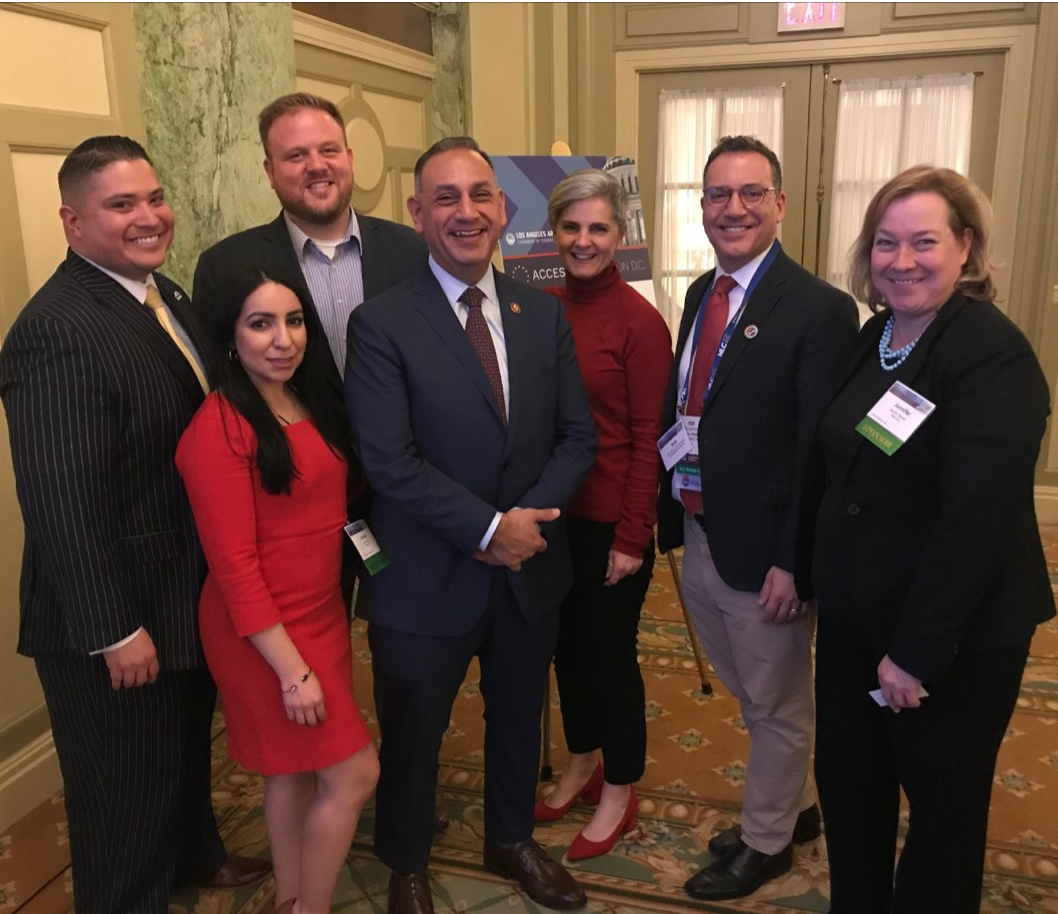 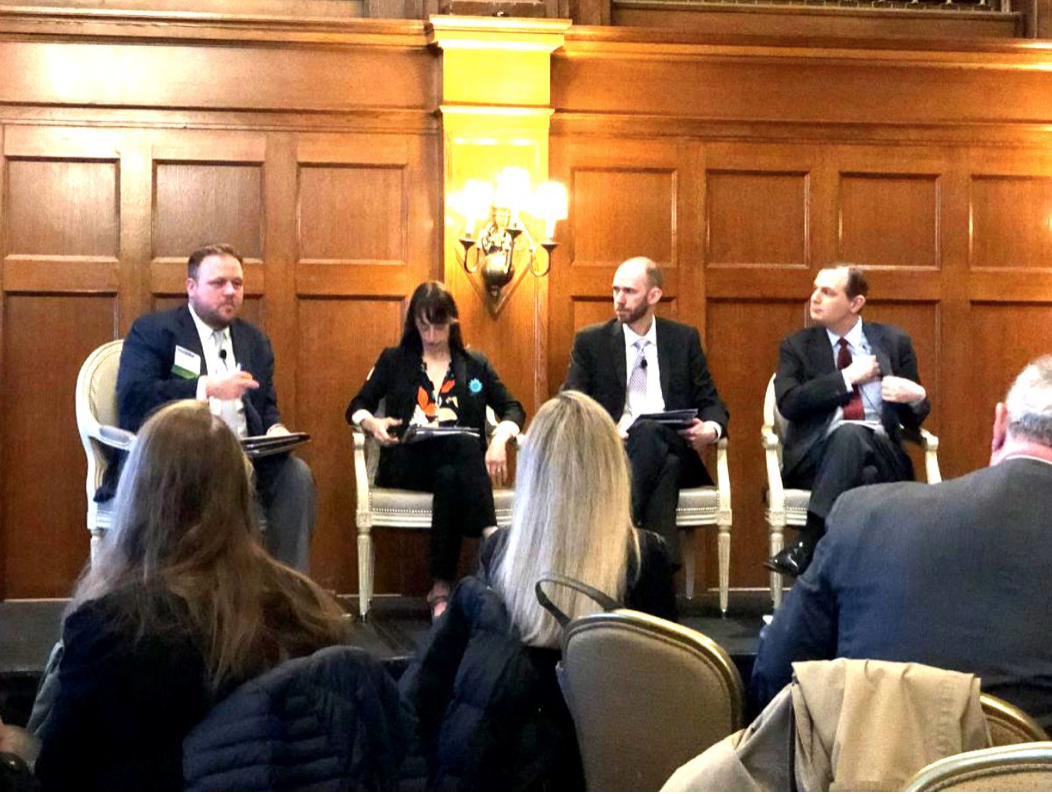 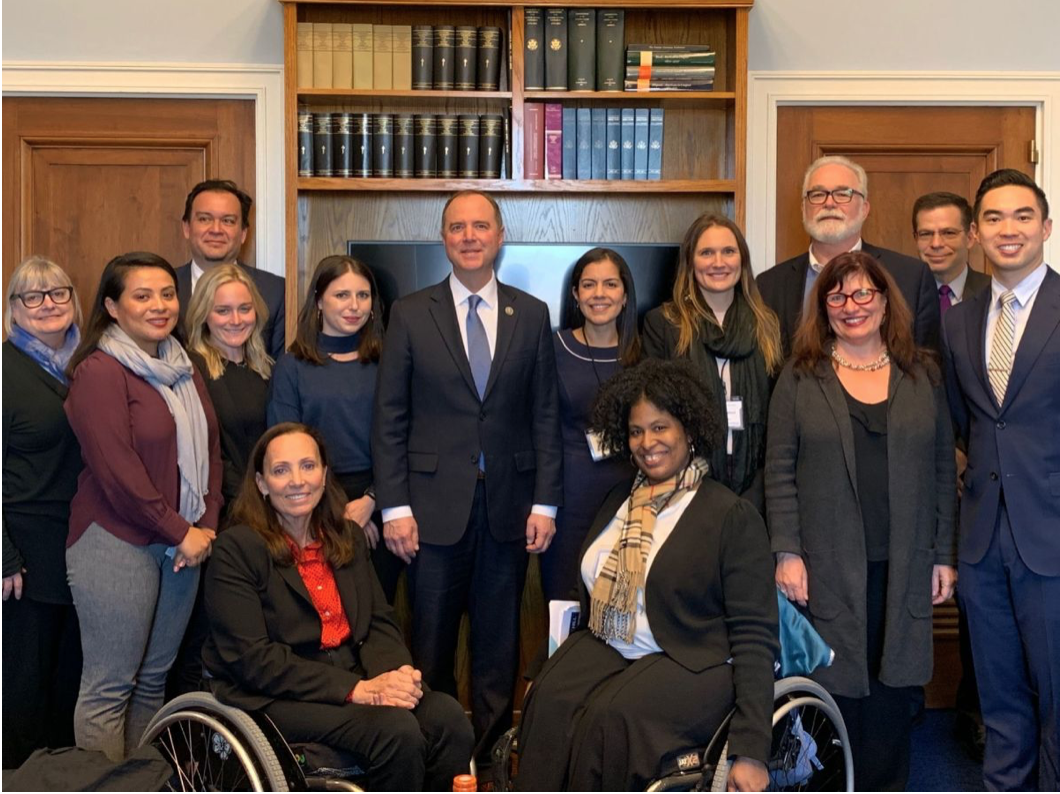 At the same time, Strategic Partnerships Manager Alba Bautista joined Philanthropy California/Southern California Grantmakers for their annual two-day advocacy event called Foundations on The Hill (FOTH). The FOTH event aims to inform and educate Congress about philanthropy; create visibility for philanthropy on Capitol Hill; advocate on issues affecting foundations and communities; and encourage Congress to view foundations as a resource and partner on key public policy issues. First 5 LA represented the “prenatal to 5” policy voice and solicited support for increased funding for the Child Care and Development Block Grant, Head Start/Early Head Start and, separately, support to expand the capability for states and communities to ensure all children with disabilities, ages 3 through 5, have access to preschool. 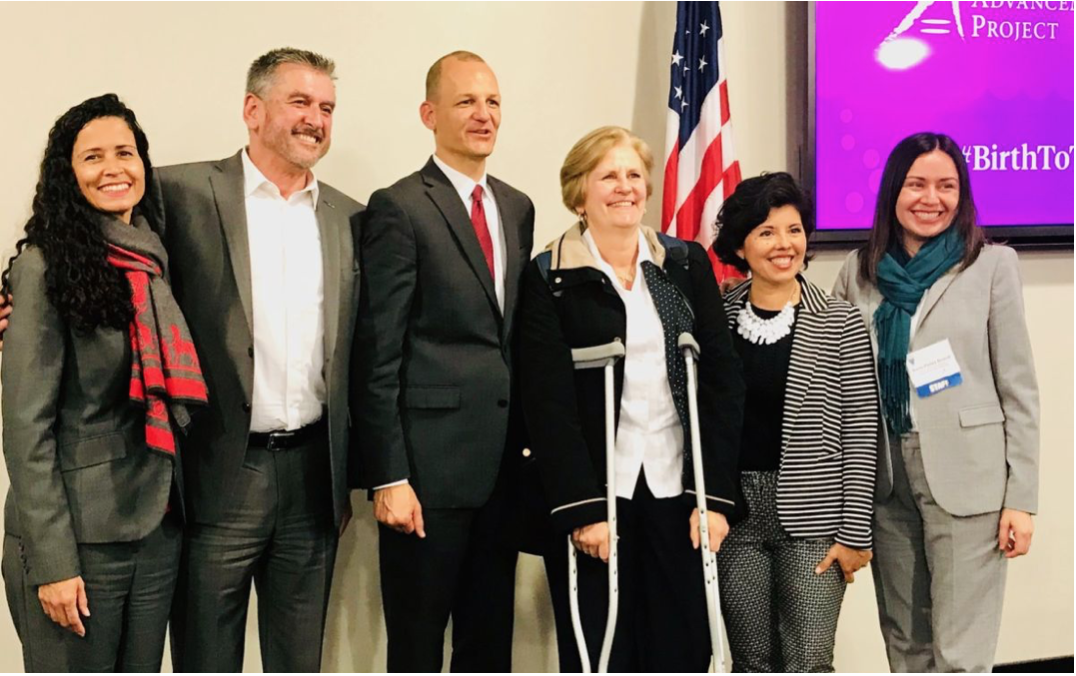 Water Cooler: Vice President of Policy and Strategy Kim Pattillo Brownson recently served as a panelist at the Advancement Project’s Birth to Twelfth Grade Water Cooler conference in Sacramento. The day-long event included high-powered elected officials such as Assemblymember Kevin McCarty and Senior Policy Advisor for Early Childhood in the Office of the Governor Giannina Pérez. Panelists discussed a “whole child” approach to education, acknowledging the importance of integrating systems of care. First 5 LA Commissioner Karla Pleitéz Howell led the event and, in addition to celebrating its success, Advancement Project’s Executive Director John Kim announced Karla’s new position as Managing Director of Policy and Programs. In this role, she will provide strategic support to four work areas – Educational Equity, Equity in Public Funds, Governmental Relations and Political Voice – as well as oversee the growth and development of innovative and high-impact initiatives at the state and local levels. 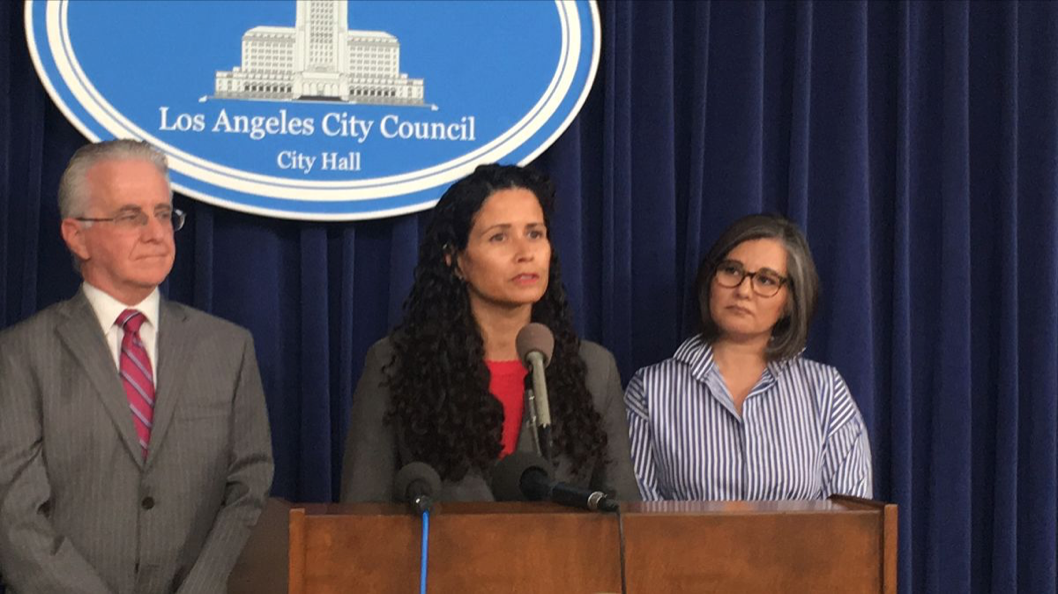 Spaces for Care: At a recent press conference, Los Angeles City Councilmember Paul Krekorian announced his proposal to push the city to fund more child care programs for young children, in hopes of relieving what’s become a crisis for working families. First 5 LA’s Vice President of Policy & Strategy, Kim Pattillo Brownson, joined the councilmember at the press conference and shared some of the stark statistics about child care access in the city. “Only 6 percent of L.A. County’s working families with babies and toddlers who are eligible for child care services, based on income, actually receive those services,” Kim said. Additional outlets covering the motion include the Los Angeles Times, MY NewsLA and KTLA. 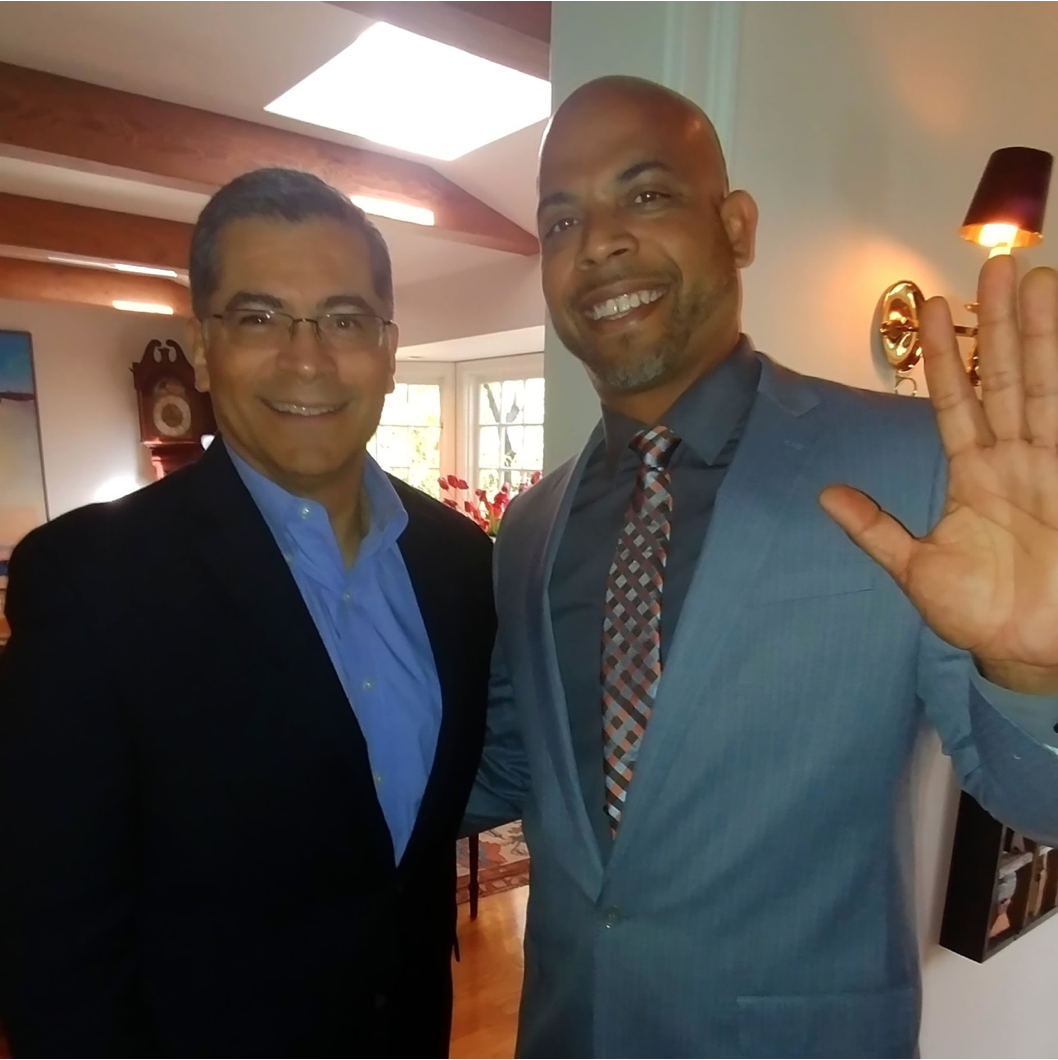 Meet and Greet: Communities Senior Program Officer Joaquin Macias recently attended a “meet and greet” brunch for California Attorney General Xavier Becerra held at the home of housing developer Tom Safran. Becerra spoke about his efforts to strengthen California regionally and in opposition to the pressure that Washington, D.C. is sending our way. Joaquin spoke about First 5 LA with the attorney general, who shared that he considers himself an ally of our efforts. 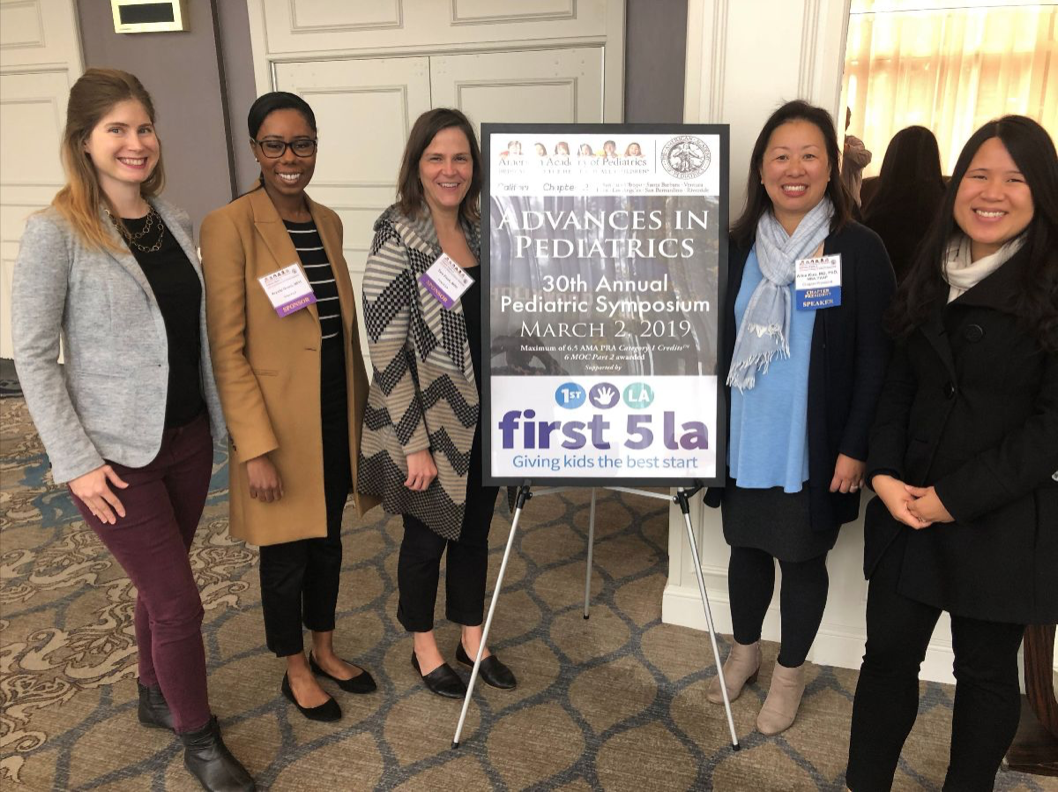 AAP Conference: First 5 LA once again sponsored the American Academy of Pediatrics – California Chapter 2 (AAP-CA2) Annual Pediatric Symposium earlier this month, affording several members of our Health Systems team a chance to attend. Held at the Sheraton Universal Hotel, Universal City, this year’s theme was Advances in Pediatrics. The Symposium is an opportunity for pediatricians from across Southern California to gather and meet their educational requirements via case presentations with learner participation, lectures, Q&As and small-group discussion. Highlights of this year’s symposium included a presentation by Dr. Alice Kuo (AAP-CA2 President) on Adverse Childhood Experiences (ACEs) and one by Dr. Julie Linton (co-author of the AAP Policy Statement “Detention of Immigrant Children”) on the health impact of migration across our southern border. 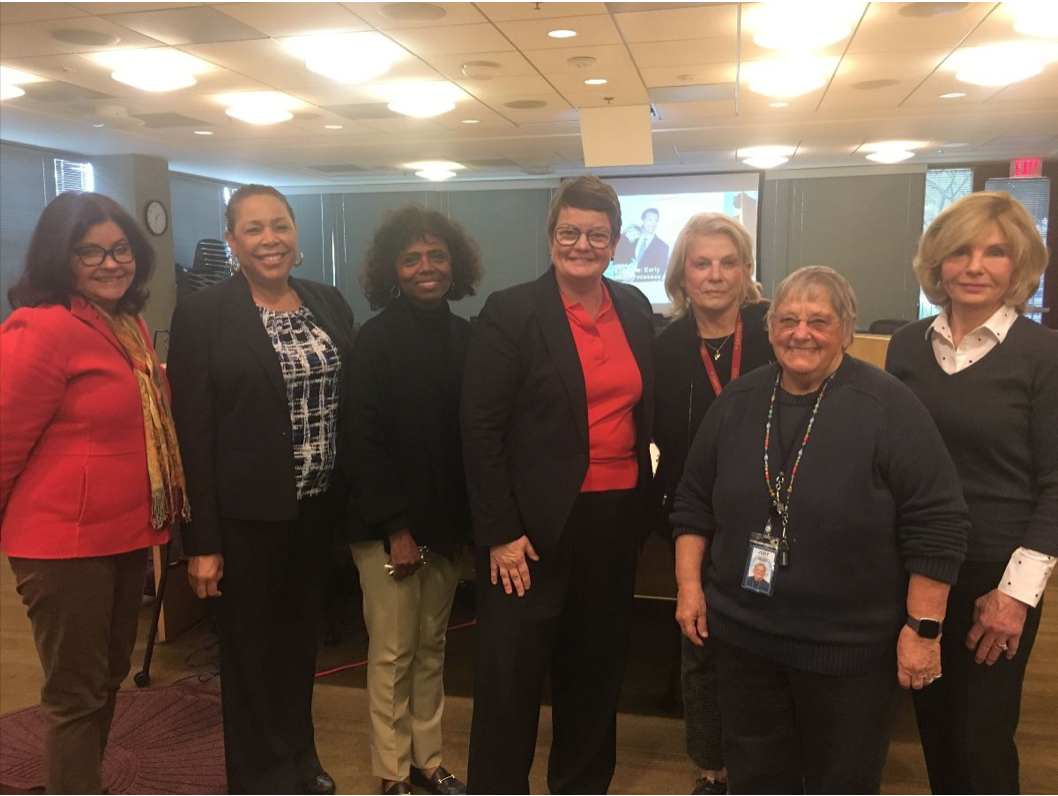 Special Visitor: Since taking office in January, Gov. Gavin Newsom has assembled an all-star cast of leaders to be part of his new cabinet, including former Executive Director of First 5 California Kris Perry. Perry – who now serves as the Deputy Secretary of the CA HHSA for Early Childhood Development and Senior Advisor to the Governor on Implementation of Early Childhood Development Initiatives – visited First 5 LA in early March for a whirlwind tour and presentation. During her one-day visit she met with leaders from First 5 LA Home Visiting grantee Children’s Institute; attended a Philanthropy Partners Lunch at First 5 LA; and co-presented with Vice President of Policy & Strategy Kim Pattillo Brownson to the Program and Planning Committee regarding the “priorities, processes and partnerships” of Gov. Newsom’s administration. Joining Perry during the Philanthropy Partners event was Maria Salinas, the new President and CEO of the Los Angeles Area Chamber of Commerce. 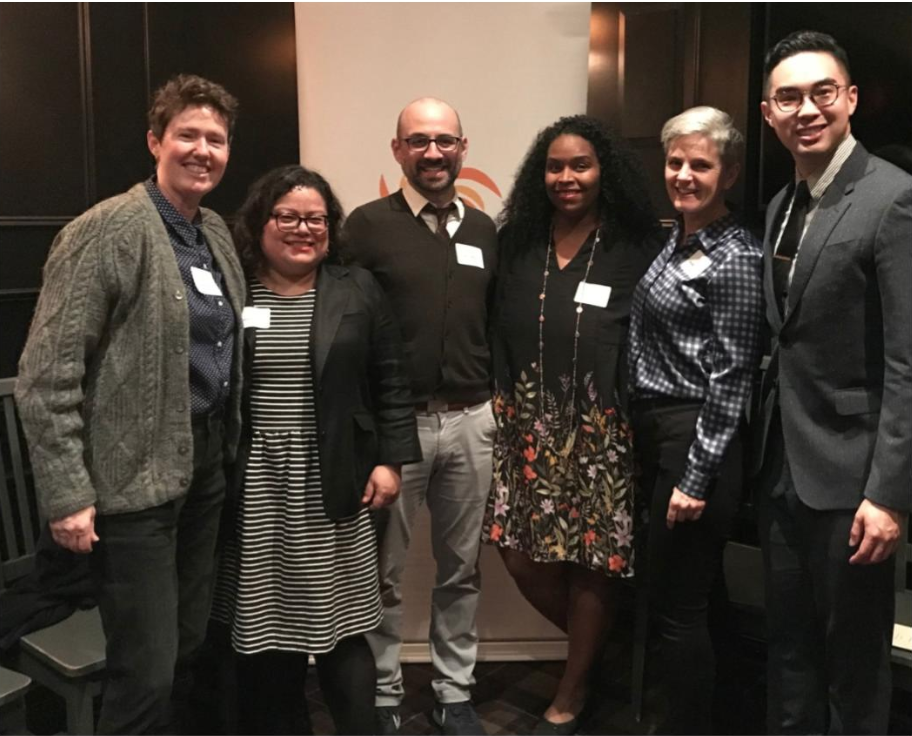 Affinity Group Fun: Recently, colleagues Kim Milliken Hayden, Maria Aquino and Sharon Murphy attended an LGBTQ professionals networking event focused on immigrant rights for the LGBTQ community. The event, held at the Village Idiot on Melrose and organized by Southern California Grantmakers, featured remarks from Aaron C. Morris, Executive Director of Immigration Equality. The leading LGBTQ immigrant rights organization in the country, Immigration Equality provides advice and legal services to thousands of lesbian, gay, bisexual, transgender, queer and HIV-positive immigrants seeking refuge, fair treatment and freedom in the United States. Morris shared stories of cases they have represented in court where same-sex couples with mixed immigration status fought to prevent being separated from their children due to a lack of the same protections that heterosexual marriages have under the law.