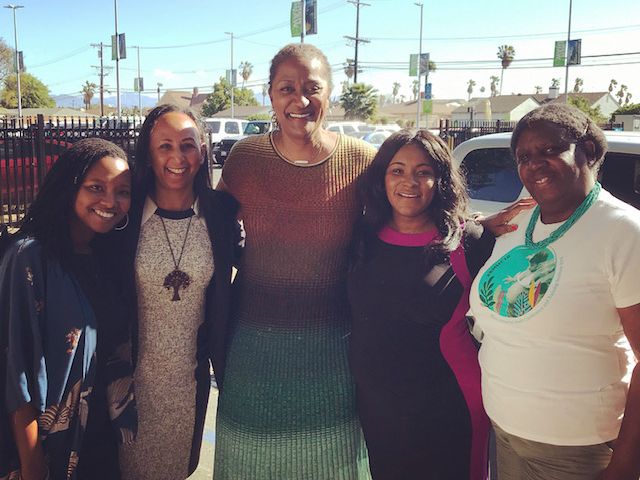 Black Women for Wellness: Black Women for Wellness hosted Sisters @ Eight, their monthly community forum dedicated to issues related to black women’s health. This month’s event was co-sponsored by First 5 LA and discussed the topic “To Be Pregnant and Black in 2019.” The event featured Senator Holly Mitchell, who led a discussion on how California can address the issue of racism and implicit bias in health care, particularly as it relates to black pregnancy and birth outcomes. She ended with a community call to action to support SB464 Dignity in Pregnancy & Childbirth, a bill introduced by Senator Mitchell aimed at reducing black infant and maternal mortality by requiring hospitals to have racial implicit bias training. The forum concluded with five expectant African American women of varying backgrounds sharing their experiences being pregnant in today’s socio-political-economic climate. 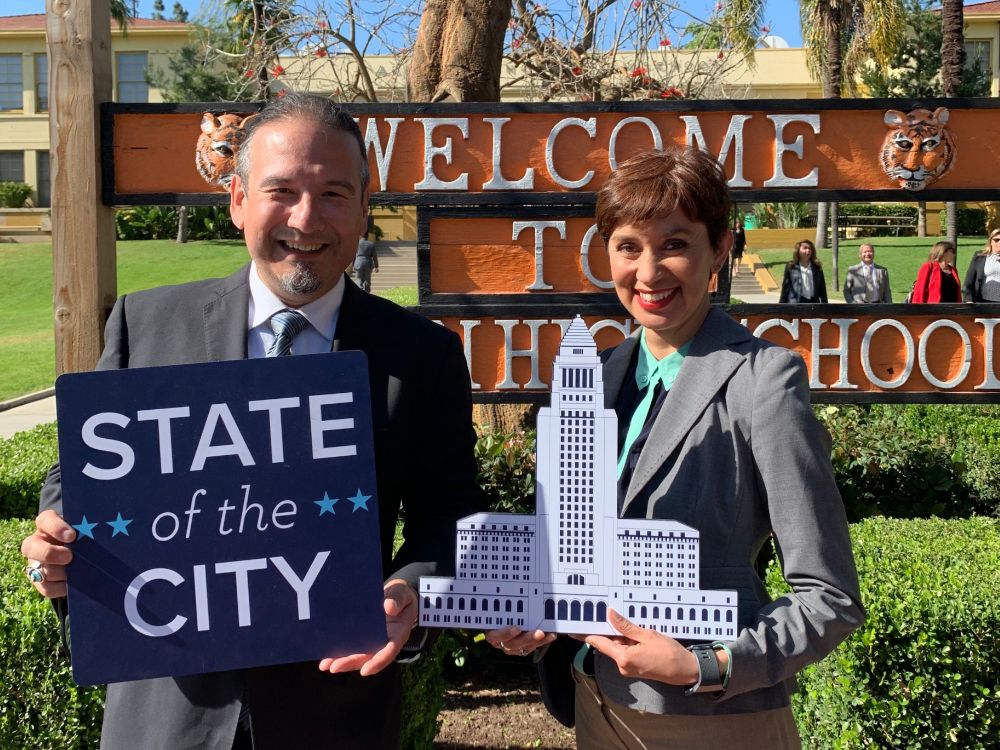 
State of the City: Mayor Eric Garcetti gave his annual “State of the City” address at Lincoln High School. Delivered to a packed house of influential leaders, his speech shouted out First 5 LA. “Working with the District, the County Office of Education and First 5 LA, we will wipe out the school readiness gap for our most vulnerable children in Los Angeles,” stated Mayor Garcetti, who also announced plans to recruit, hire and train an additional 2,500 early childhood educators. Mayor Garcetti also endorsed Measure EE, a parcel tax to increase funding for Los Angeles Unified School District to the benefit of all schools, including preschools. Read more in the Los Angeles Times recap here, as well as Executive Director Kim Beshé’s response, where she applauds the mayor’s commitment to early childhood educators. 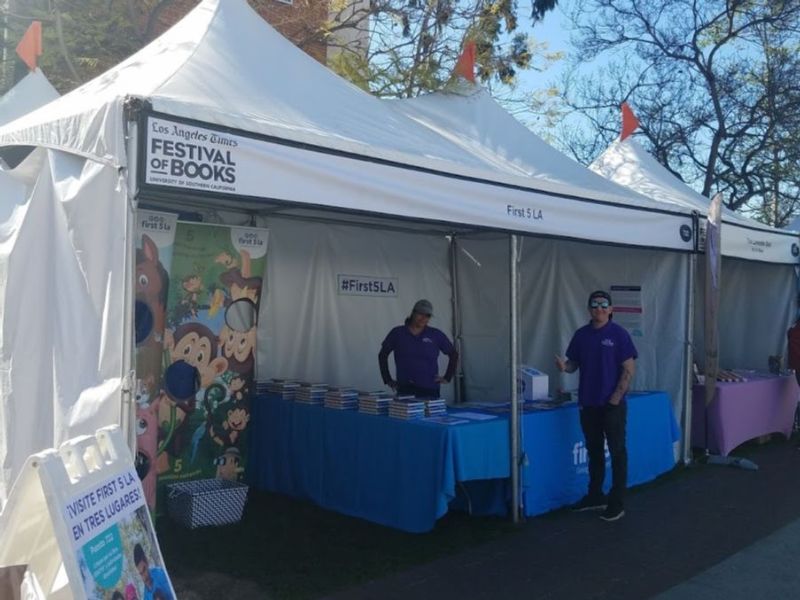 Festival of Books: This April marked the 10th year of First 5 LA’s participation in the Los Angeles Times Festival of Books! The event is attended by over 100,000 people every April at the USC campus. Since the campus caters mainly to students, in the past parents attending the festival had no other option than to change their babies’ diapers and breastfeed on open lawn areas. Recognizing this problem, First 5 LA proposed incorporating breastfeeding and diaper changing lounges as part of the festival. This year, First 5 LA continued the tradition with two breastfeeding and diaper changing lounges on opposite sides of campus in addition to an activity booth focused on the importance of early literacy. The lounges offered parents a respite from the busy event and a place to care for their baby’s needs. In partnership with BreastFeedLA, the lounges also provided assistance to moms and answered any questions about breastfeeding. Each year, First 5 LA is welcomed and recognized by event organizers for providing a valuable service and support to families in attendance. 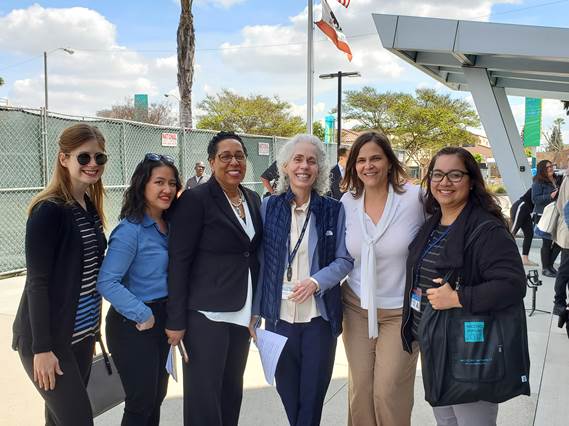 Office of Violence Prevention Launch: The Los Angeles County Department of Public Health (LACDPH) officially launched the Office of Violence Prevention last Friday with an event at the MLK Center for Public Health. First 5 LA provided $95,000 in matching funds to support the strategic planning process for the new office, which includes identifying initial roles, focus areas and strategies. First 5 LA is proud to partner with LACDPH as they consider the impact of violence on communities and the families that live within them. Find out more about the event in the agenda found here. 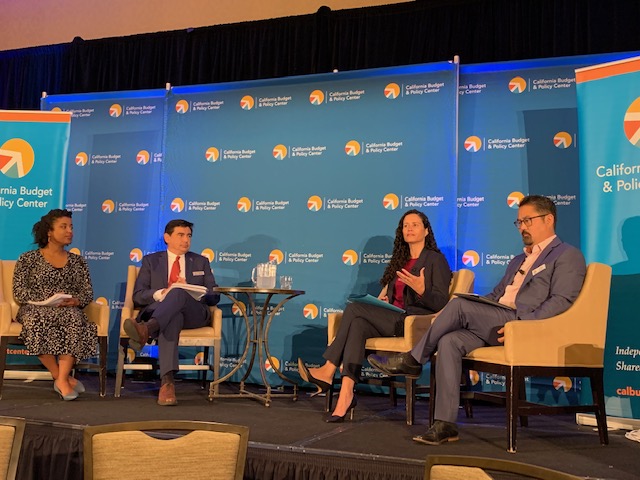 Policy Insights: Several members of First 5 LA’s Policy and Strategy Division recently attended the Policy Insights 2019 conference hosted by the California Budget and Policy Center. Governor Gavin Newsom’s Cabinet Secretary, Ana Matosantos, kicked off the conference by discussing the administration’s proposed 2019-20 budget with Priska Neely, early childhood senior reporter at Southern California Public Radio/KPCC. First 5 LA’s Kim Pattillo Brownson joined the opening panel, where she was able to share her thoughts on the governor’s budget as well as promote an equity conversation. Kim also served on the panel “Moving the Needle to Help Kids Thrive: Connections Between Policies That Address Child Poverty, Child Health and Development, and the Geography of Opportunity." First 5 LA colleagues also attended sessions about the surge of women in office at all levels of government and another about a statewide cradle-to-career longitudinal data system that can serve as a powerful tool to help make informed decisions. First 5 LA was a sponsor of the event. 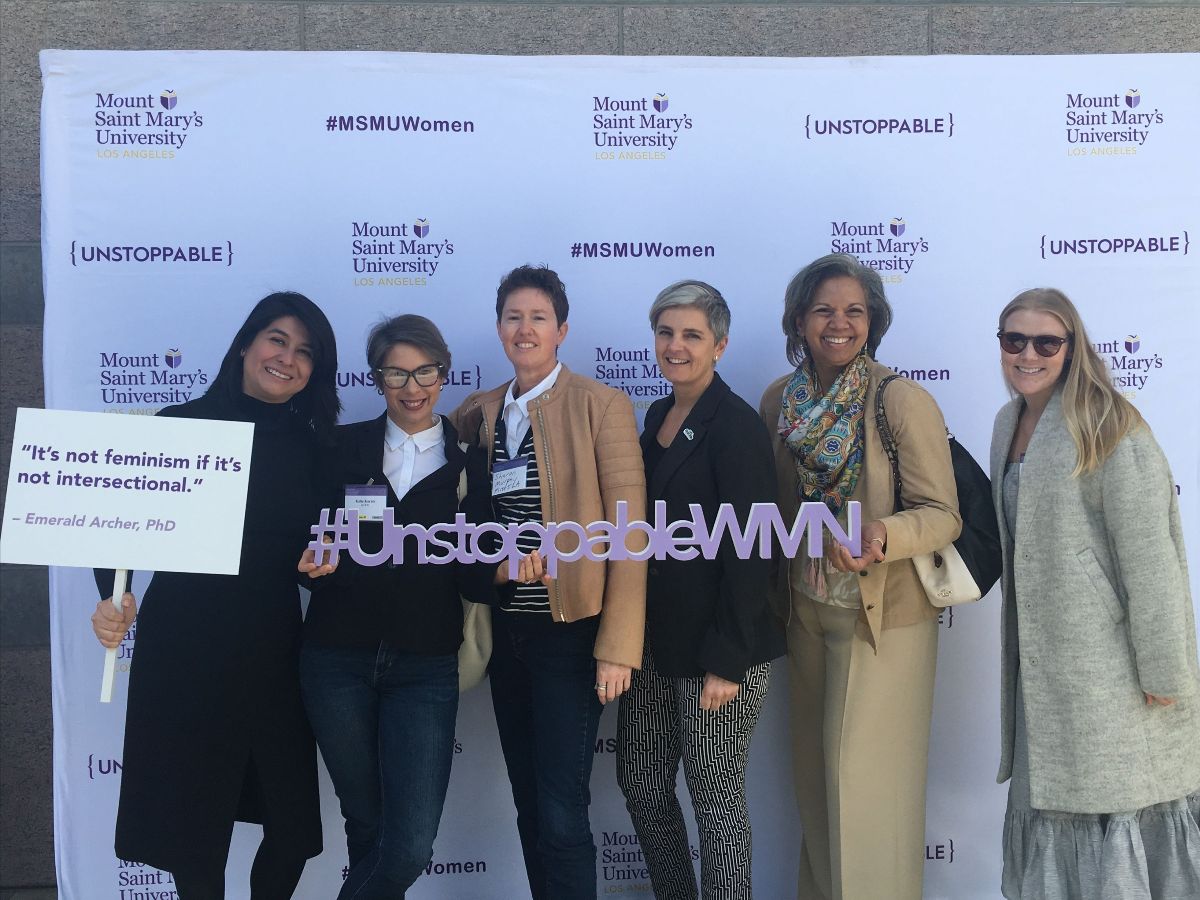 State of Women and Girls: Colleagues from First 5 LA’s Policy and Strategy Division recently attended “The 2019 Report on the Status of Women and Girls in California” event held at the Skirball Cultural Center. The event, designed to highlight the Mount Saint Mary’s University annual report of the same name, featured speakers from both the public and private sectors to discuss both the challenges and successes that women across California experience. Public sector speakers included Los Angeles County Department of Public Health Deputy Director Deborah Allen, PhD., who spoke at length about the black maternal health crisis and mentioned the department’s partnership with First 5 LA in moving this work forward. Deputy Director at Investing in Place Naomi Iwasaki also mentioned working with First 5 LA to support families who face transportation challenges. The VIP lunchtime component of the day included a conversation between California First Partner Jennifer Siebel Newsom and State Senator Holly Mitchell. 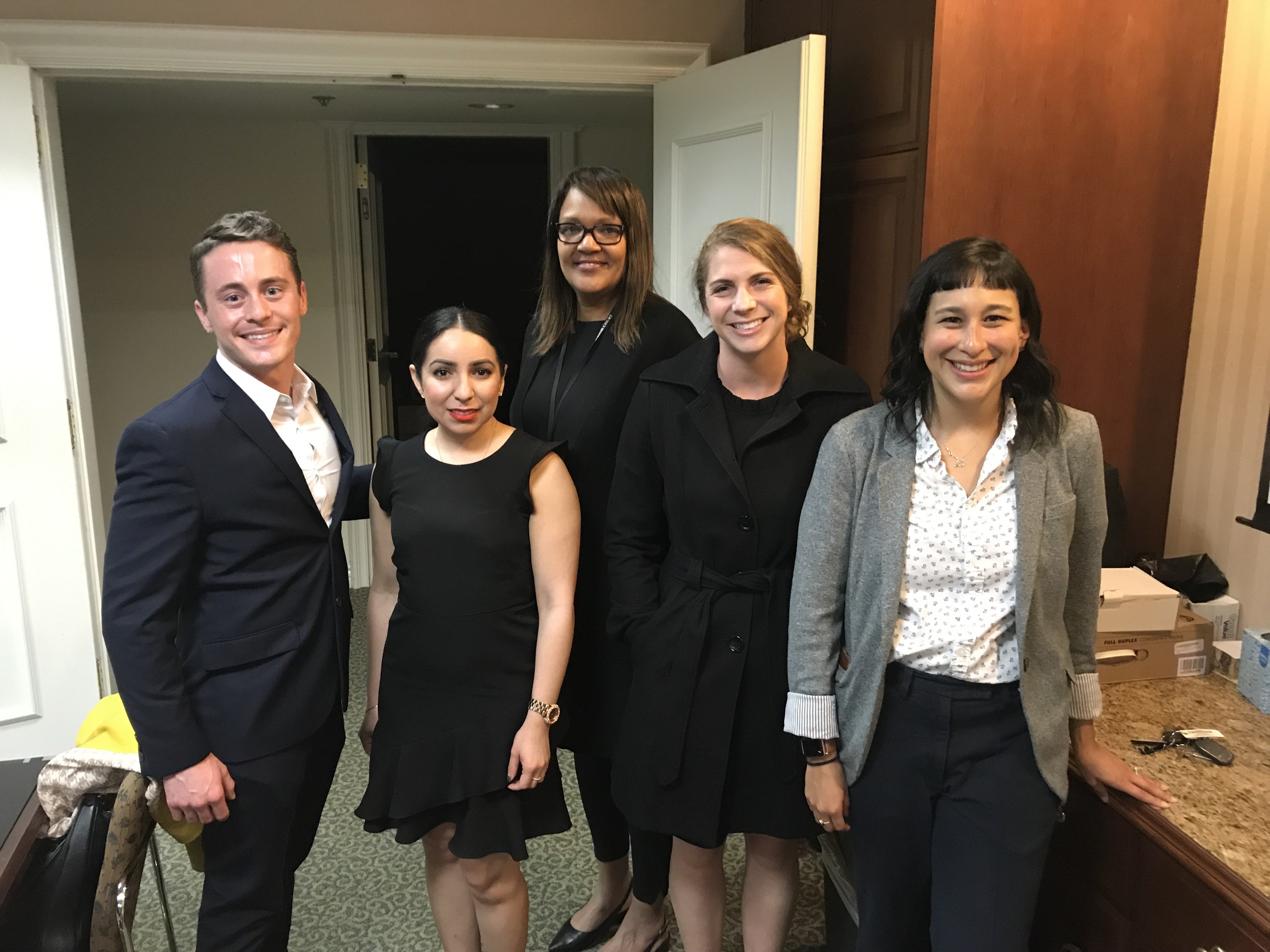 
Guard-Rails: First 5 LA Government Affairs Strategist Anais Duran recently served on a panel of experts to discuss the functions, guard-rails and importance of advocacy in public policy. The panel was part of the Junior League of Los Angeles’ “Advocacy in Action” discussion series and included representatives from the California School Boards Association, Brilliant Corners (an affordable housing non-profit), and the Office of L.A. City Councilmember Mike Bonin. Panel topics included policy work vs. advocacy, coalition building and management, and policy implementation. Anais’ remarks highlighted First 5 LA’s approach to policy and systems change to support positive outcomes for children and families, but also discussed the importance of having a voice in all areas of advocacy no matter the issue, stating, “If you’re not at the table, you’re on the menu.”