The Best Start Watts-Willowbrook community partnership was a proud sponsor of the Fifth Annual Los Angeles Million Father March, which took place at Animo Watts Academy on September 28, 2013. Over 250 South LA fathers and families participated in the event, which is part of a national campaign designed to celebrate fatherhood and encourage fathers to play a greater role in their children’s education. The event was organized by the Holistic Offerings and Opportunity for People (H.O.O.P) Foundation Inc., Street Positive and City Lites Network, Inc. 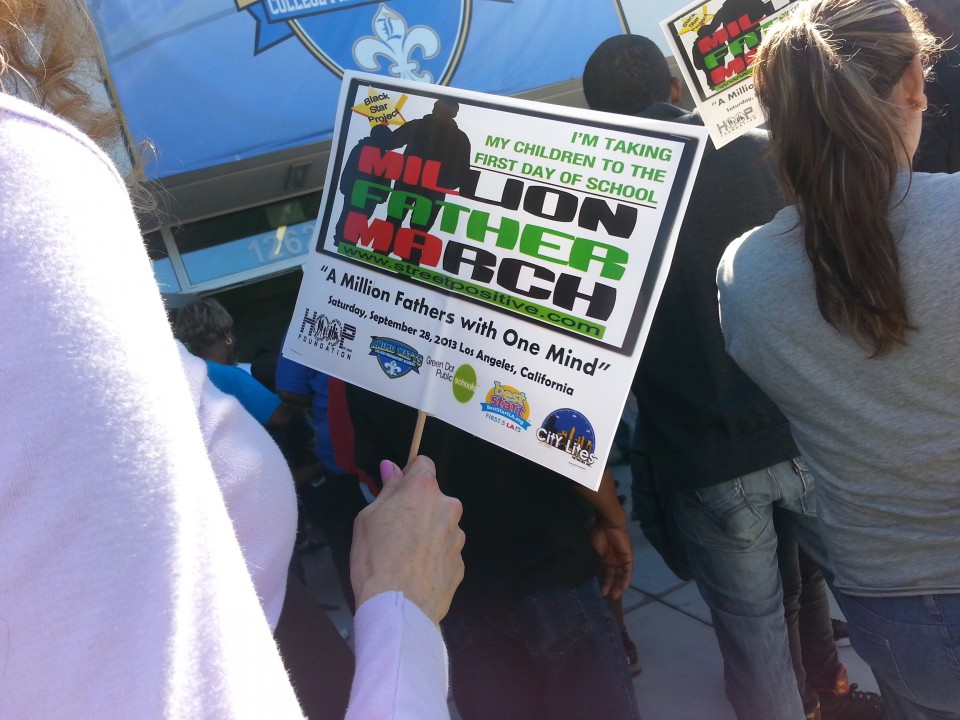 Best Start Watts-Willowbrook believes it is critical to engage fathers in efforts that support children under 5 and to change perceptions about fathers and fatherhood, both among men and the South LA community at-large. By providing educational materials, facilitating forums for discussion and strengthening social connections, Best Start Watts-Willowbrook works to emphasize and support the vital role that fathers play in their children’s lives. 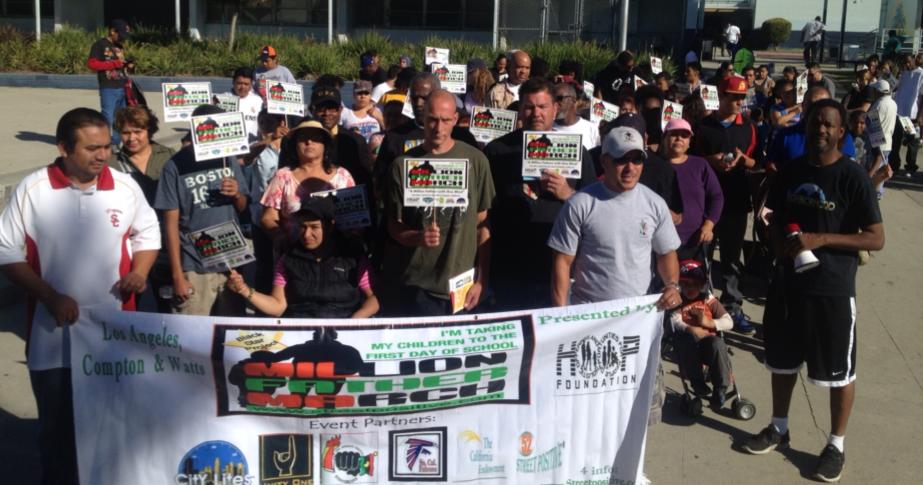