Stepping Up to the Challenge in El Monte 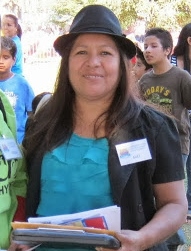 On any given day of the week, you can find Elvy Perez, like many parents and residents in Best Start Communities across L.A. County, traveling by bus around the city of El Monte devoting her time and energy to improving the lives of families and children.

A resident of El Monte for over 20 years, Elvy has learned to rise up to challenges, big or small. Arriving from Mexico in 1989, she has grown to be a respected leader in the community and she attributes it to her attitude: she considers her strongest leadership trait to be her belief that she can do it.

Elvy started to be an advocate for children because of her own four children; she always made it a point to be involved with her children’s education, whether through volunteering, cutting out materials, going to parent-teacher conferences or simply being responsive to teachers.

“Even if it wasn’t a 100 percent, I have always been involved in my children’s lives in one way or another,” shares Elvy. “Being a good leader at home and the community doesn’t mean that you’re in front all time. It means being able to take on different roles. That makes you stronger and gives you more possibilities in life.” 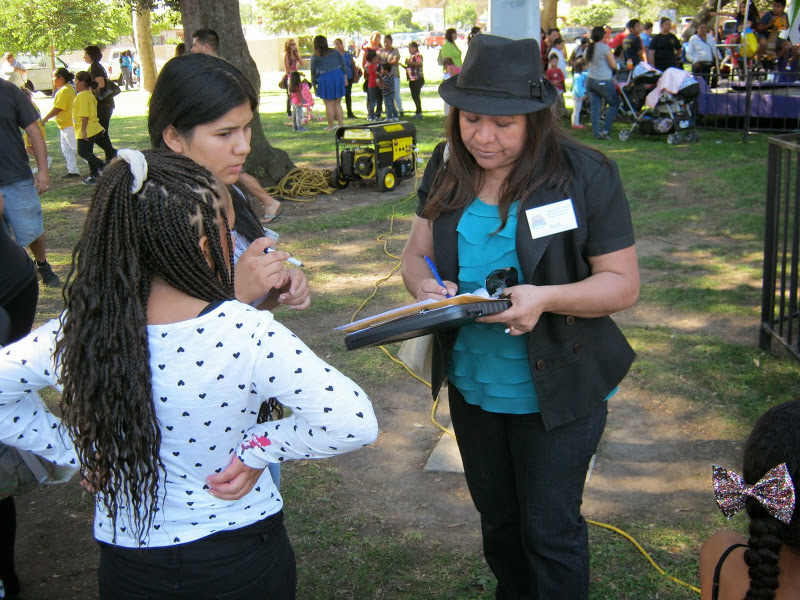 Elvy’s work in her community expanded in 1995 when she began to volunteer at the local Head Start policy council alongside other parents. She continued her and eventually was able to represent parents at the county level and in Washington D.C.

One of the barriers Elvy overcame was language. Although she understood English, she did not speak it and only spoke it when necessary until she was asked one day to do a presentation in English. She said no initially, but eventually decided to take on the challenge.

“I did the best I could, but from then on, nothing can stop me. Even if I make ‘mistakes’, I remind myself that everyone makes mistakes,” says Elvy.

Now a grandmother of three, Elvy’s is a member of PAC PALS (Parents Advisory Committee, Parents as Leaders), a program whose mission is to strengthen families by advocating and promoting empowerment of families through family growth, education, resource awareness and the enrichment of community involvement. Parents meet and prepare a conference for other parents and teenagers in the community. The parents design their own agenda and have the opportunity to run their own meetings. She also participates in leadership meetings with local non-profit organizations on behalf of families.

In addition, Elvy presents for an anti-bullying campaign. She and other parents recently completed a project with Community Voices, an initiative through Options, a child care and human services agency, advocating to protect federal and state budgets for child care. She was also part of an effort to prevent cigarettes sales to teenagers, and she is proud to have been a part of creating more strict legislation in El Monte about the issue.

Elvy, a Best Start leader since 2011, considers her parents her inspiration, who with little education were always giving to others and advocating on their behalf, and leans on her faith for guidance and support. Elvy attends a local church where she helps coordinate food and clothes for families in need. She is constantly reminding herself and others that they have everything that it takes to step up and make a difference in their community.

“We can all make a change in our community with small steps, and it doesn’t matter if you do a little or a lot,” says Elvy. “We all can do something important in our community. We all have the capacity to do that.”