When it comes to parks in Cudahy, Irma Lopez doesn’t have fond memories. Case in point: Clara Street Park. There was the time when a protruding nail on a picnic bench tore a hole in her pants. Another time, her husband was offered marijuana for sale as he walked across the park. On another occasion, her son couldn’t play there because police had cordoned off the park to arrest a suspect. Even the family dog has had a bad experience: it sprained an ankle in a divot on the playing field.

“It really is in bad shape,” said Lopez, who’s lived in the city for seven years. “And it’s been getting worse over the years.” 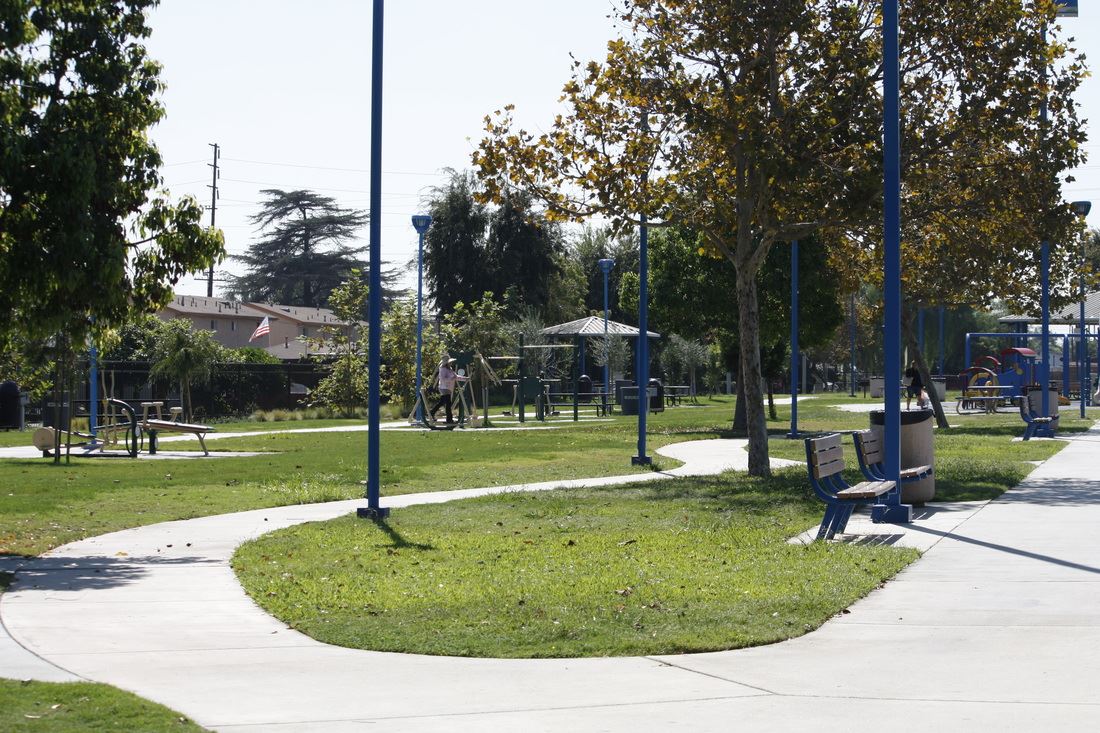 In search of greener, safer pastures, Lopez began taking her two children, now teenagers, to nicer parks in neighboring cities. There, the grass was well-maintained, bathrooms worked, and basketball courts had backboards with actual hoops.

Lopez was not alone in her quest. According to a recent survey of some 600 residents in the Southeast LA County cities of Cudahy and Maywood, most said they sought out parks in other places because their own city parks were in such deplorable conditions.

“It really highlights the lack of access to green space in low-income communities,” said Dilia Ortega, youth program coordinator of Communities for a Better Environment (CBE), one of the community-based nonprofit partners in Link Government, Advocates, Families and Parks (Link), a First 5 LA investment that supports community-led organizations in building civic and planning capacity to access funding for parks and other forms of public infrastructure. Central to Link’s mission is ensuring that this work is done in a way that addresses the priorities of residents and families in the communities where it’s needed the most. “Park equity and green space are issues tied to environmental justice,” Ortega said.

Link was launched earlier this year in Cudahy, Maywood, El Monte and Panorama City. These and other small cities are struggling with historic disinvestment, as well as a lack of capacity and staffing when it comes to accessing public funding that could be used toward park improvements. The Link model aims to fix that by supporting small cities in capacity building and grant writing.

CBE and the Los Angeles Land Neighborhood Trust (Land Trust), another nonprofit partner in the Cudahy and Maywood project, conducted the survey late last summer to gather community input about what residents wanted in their green spaces. The data collected would be used to inform grant proposals that would provide the funds to make those changes a reality.

“They weren’t asking for new parks. They want improvements to existing parks,” said Ashley Hart, project manager at the Land Trust. “They’re good spaces, but they could be great if we upgrade them and add a few more amenities.”

The most popular amenities requested by residents include shaded picnic areas, fitness and playground equipment, walking paths, and water play features. Other elements mentioned were improved cleaning, better maintenance of lawns, and more lighting and security. 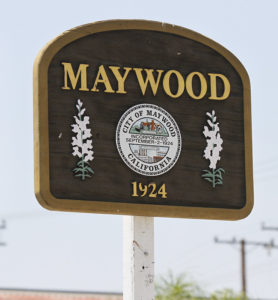 The project aims to develop one park in each city to start: Riverfront Park in Maywood and Clara Street Park in Cudahy. The 3.5-acre Maywood park is the bigger project, needing about $7 million in financing and possibly taking up to seven years to complete. Clara Street Park would require about $5 million and would be finished in three to five years, according to figures provided by the Land Trust.

While Cudahy and Maywood could certainly use additional parks, the challenge lies in both the high cost and the limited inventory of adequate land, said Tori Kjer, executive director of the Land Trust. “It’s expensive to buy land, and while there is vacant land, much of it is not amenable for park use,” she said, adding that a lot of land in the area is polluted by former factory use. “There’s just not the space.”

Funds for the renovations are being sought from Los Angeles County’s Safe, Clean Neighborhood Parks & Beaches Measure (Measure A), a parcel tax approved by voters in 2016 that generates $94.5 million a year for parks and open space throughout the county. Other public funding and private foundations are other possible financing sources.

Future projects include a community garden in a vacant lot behind the Cudahy post office and a greenway along the Randolph Street Metro line in Maywood.

The environment is a sensitive issue in Southeast LA, which has the highest concentration of freight trains, rail tracks, and warehouse and distribution centers in the nation.. It’s also home to some of the county’s most jam-packed cities. 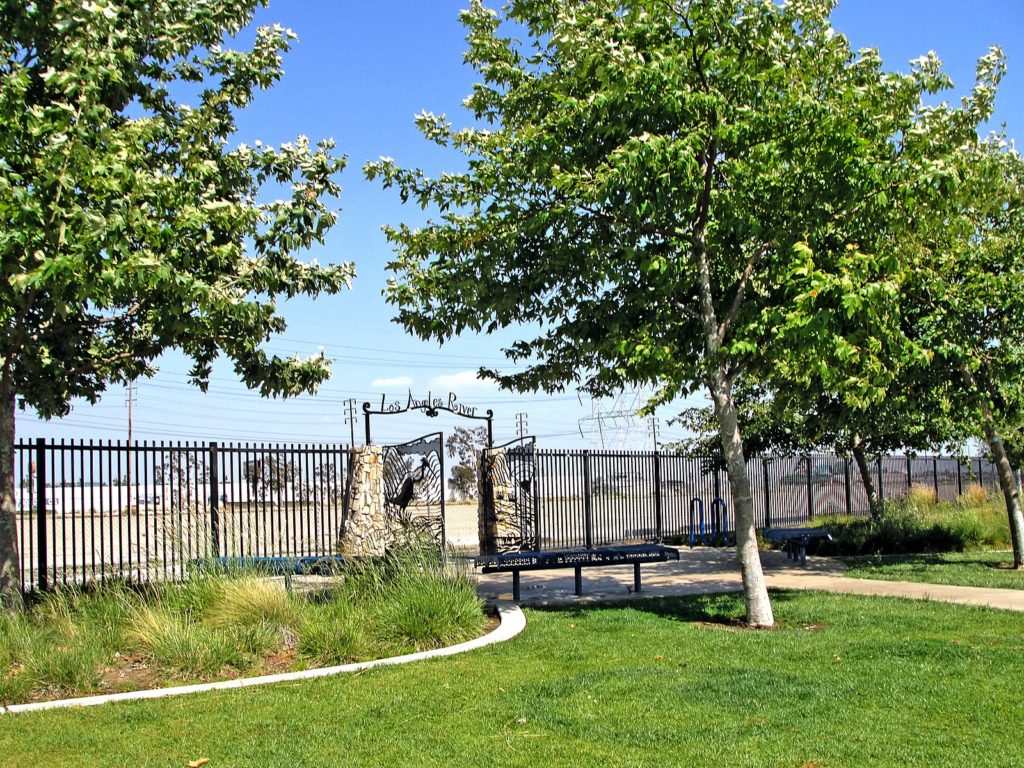 Maywood, a city of 30,000 residents crammed into 1.13 square miles, is the most densely populated city west of the Mississippi River and one of the county’s park-poorest. Riverfront Park, which sits along the Los Angeles River, is a former Superfund site. The park opened in 2008 after pollutants from the former Pemaco chemical mixing plant, which closed in 1991, were remediated.

Southeast LA cities also sit under a flight path of the Los Angeles International Airport, one of the busiest airports in the country. In 2020, residents were outraged when a Delta Air Lines jet dumped 15,000 gallons of fuel over Cudahy and surrounding communities to reduce weight to make an emergency landing. Over 60 people were hospitalized, including 20 schoolchildren who were injured while playing outside.

The jet fuel also damaged a lot of backyard fruit trees in Cudahy, so park designers made sure to include an orchard area in the community garden proposal, Ortega said. “There’s a lot of excitement behind that project,” she added. 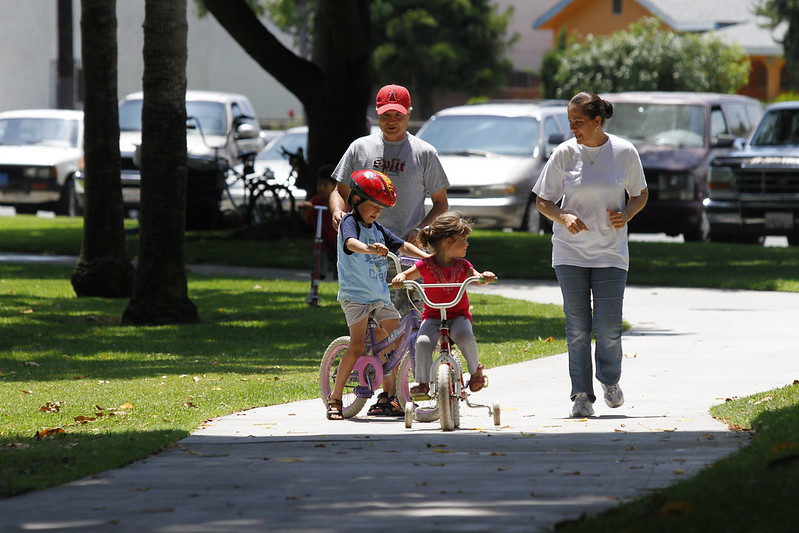 Southeast LA residents have a long history of environmental activism. In 2015, their advocacy efforts led to the closure of a battery recycling plant in Vernon that had been contaminating air and soil with lead and arsenic, affecting Maywood and other communities for years. Cleanup efforts are still ongoing.

Now residents are also aiming to ensure that land designated for parks actually serves their needs and fulfills its purpose. “We just want to have the same opportunities as other cities,” said Lopez, who’s one of four community leaders driving the campaign for better public recreational and cultural offerings. “We want the same chance to succeed.”