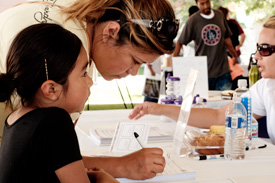 Five health insurance companies rescinded their threats to stop selling new child-only policies in California, reversing direction just ahead of a new bill that will penalize carriers who adopt such practices. The initial decision to stop selling the policies came in response to the new Health Care Reform Law, which holds a provision that prohibits health insurers from excluding coverage for pre-existing conditions in children.

This provision took effect on Sept. 23, prompting the insurance companies to announce that month that they would cease selling child-only individual policies. The companies are UnitedHealth Group, Humana, Cigna, Aetna and Anthem Blue Cross. This change did not affect children who already had policies with those companies.

In response to this move by the insurance companies, state Assemblyman Mike Feuer (D-Los Angeles) introduced AB 2244. The bill, signed by then-Gov. Arnold Schwarzenegger on Sept. 30, prohibits health insurance companies that do not provide child-only policies from selling policies directly to any individuals for five years.

The law stipulates that, to purchase a child-only policy, parents must do so during an open enrollment period (Jan. 1 to March 1) or in the month following the child's birthday. Parents of children with pre-existing conditions who purchase insurance policies during these time periods cannot be charged more than twice the standard rate. The new law does not limit rates for parents who purchase policies outside of these time periods. First 5 LA supports AB 2244 and is tracking the issue.

While AB 2244 took effect on Jan. 1, the five insurance companies reversed their decision, likely recognizing that the California individual insurance market, which generated $17 billion in 2009, is too valuable to lose. Each company informed the Department of Insurance that they will resume selling child-only policies. Feuer told the Los Angeles Times last month: "The law seems to be having just the effect we intended. For a family there is little more important than being sure their children have access to health insurance, so I'm very pleased to see these insurers are choosing to make that insurance available."