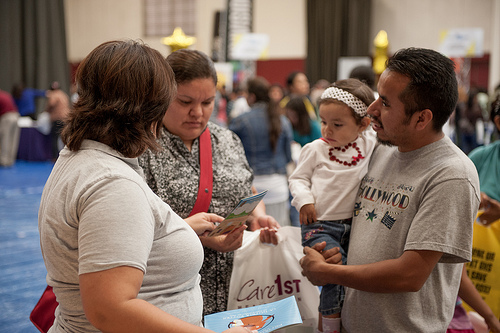 Late last week, the state Senate passed AB 823, one of several kid-friendly bills First 5 LA is supporting this year. The bill has the potential to improve services and programs serving young kids while eliminating duplicate efforts and maximizing resources.

Authored by Democratic Assemblymember Roger Dickinson of Sacramento, AB 823 would create the California Children's Coordinating Council, an advisory body responsible for improving the collaboration among agencies that provide services to children in California. As required by the bill, the Children's Council would be supported by federal or private funds and would not be established until the state determines that enough funding has been received to fully support its activities.

Throughout the U.S., children's cabinets and councils are improving the often fragmented systems designed to serve children. A paper produced by the Forum for Youth Investment noted that, in addition to creating bridges between state agencies, effective children's cabinets also foster positive connections with nongovernmental stakeholders such as advocates, businesses, researchers, parents and others.

The development of state children's cabinet councils in other states has led, in many cases, to increased collaboration between agencies and organizations, as well as new ways of maximizing existing funding resources. A children's cabinet in Kansas, for example, identified underperforming programs and redirected funds to programs with more effective approaches to serving children. In Maryland, crossagency early childhood strategic planning is credited with a 20 percent increase in school readiness.