Day One was daunting.

In 1998 California voters passed Prop 10, which created a new system of county-level commissions dedicated to advocate for young children up to age 5, funded by a tax on tobacco products.

This was something new and something that had never been done before. The eyes of millions in Los Angeles County, in California, and across the nation were watching.

So, when Armando Jimenez walked through the doors of the Los Angeles County Children and Families First Commission — since renamed First 5 LA in 2002 — almost 20 years ago, he felt a bit overwhelmed.

“I was pretty stressed,” Jimenez said. “It is an understatement to say I was completely terrified thinking about the road ahead.”

At the time, First 5 LA was housed in a few cubicles in the lower levels of the Los Angeles County Hall of Administration, and Jimenez struggled for an hour to find the right desk.

“I didn’t know what to expect, nor did I know which floor to report to,” Jimenez recalled. As a brand-new organization, there were no processes or procedures in place to guide the work, let alone someone to tell new employees where to sit.

At the end of his first day, Jimenez recalls walking to his car and saying out loud to no one in particular, “Oh my goodness, I don’t think I’m going to last three weeks here.”

What Jimenez didn’t know then was that he was at the beginning of a career that over nearly 20 years would evolve into something greater than he could have imagined.

Fondly known by many as “Employee No.1,” Jimenez was First 5 LA’s first-hired employee at the agency’s official founding in 1999 and he has witnessed the many chapters of First 5 LA’s history. Over the course of nearly two decades, the organization realigned itself from a direct-service model to a learning organization focused on creating lasting change for young children at a policy and systems level. 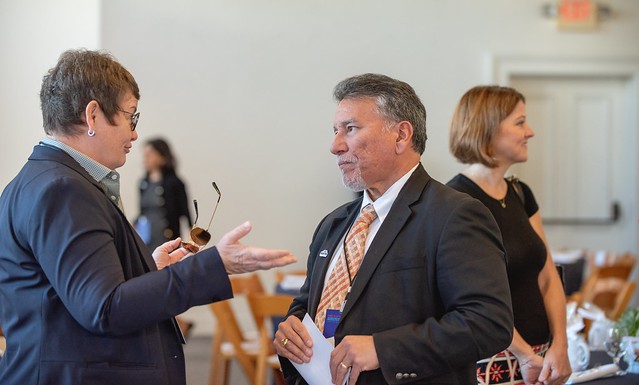 Now, on Day 131,826 of his tenure, Jimenez walks through the doors to begin his final week of work at First 5 LA’s offices on the Union Station campus. The stress Jimenez felt on his first day has been replaced by a deep sense of pride, accomplishment and admiration for his colleagues and the work they have done together to create better outcomes for California’s youngest and most vulnerable residents.

Beginning his career at First 5 LA as the director of the Research & Evaluation Department, Jimenez has led numerous evaluation initiatives, many of which are now seen as cornerstones of First 5 LA’s success. Some of his first projects included conducting measurements and collecting data on Welcome Baby, Los Angeles Universal Preschool and Healthy Kids, an initiative to provide L.A. County children with health insurance.

In 2015, when First 5 LA made the transition to the current 2015–2020 Strategic Plan, Jimenez had the opportunity to take on his most recent position as the director of the then-newly established Evaluation Center of Excellence. This position was created as part of First 5 LA’s organizational restructure that accounted for declining tobacco tax revenues while shifting focus to making broad changes at the highest level for kids and families.

His role also included the initial development of Impact Framework, a tool that will measure the overall effectiveness of First 5 LA’s program, policy and advocacy work by tracking and monitoring outcomes to make sure the organization is staying responsive to the needs of L.A. County children in an evidence-based and data-driven way.

Jimenez’s work in measurement and evaluation has been instrumental in guiding the “how” of First 5 LA’s North Star goal –– to ensure that by 2028 all L.A. County kids will enter kindergarten ready to succeed in school and life.

And without data and measurements, there would be no light to guide the path to First 5 LA’s goal.

On top of that, Jimenez has also led the Commission’s efforts to develop and implement a policy-relevant research agenda to support the development of new program initiatives within Los Angeles, in the Southern California region and across the State of California.

Like many staff members at First 5 LA, Jimenez’s childhood experiences are what motivated him to pursue his career in early childhood advocacy.

“Some of the memories I have of my early childhood days are of being hungry and being afraid,” Jimenez remembered at July’s Board of Commissioners meeting. “I would often wonder why my mother would wait in the grocery store aisle until there was no one else in line –– it was because she was embarrassed to be paying with food stamps,” he told the Board.

“I remember sitting alone in the backyard, wondering if I would ever make anything of myself. I just wanted to be happy and survive. In my wildest dreams, I could never imagine myself being here.”

Making a promise to himself that if he ever got out of that situation he would help children growing up in similar conditions, Jimenez was inspired to dedicate his life to helping others.

Jimenez not only kept that promise, he went above and beyond it for the benefit of young children throughout L.A. County and across the state. 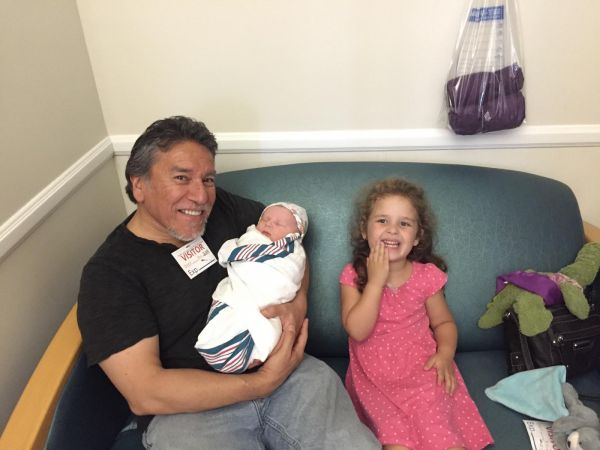