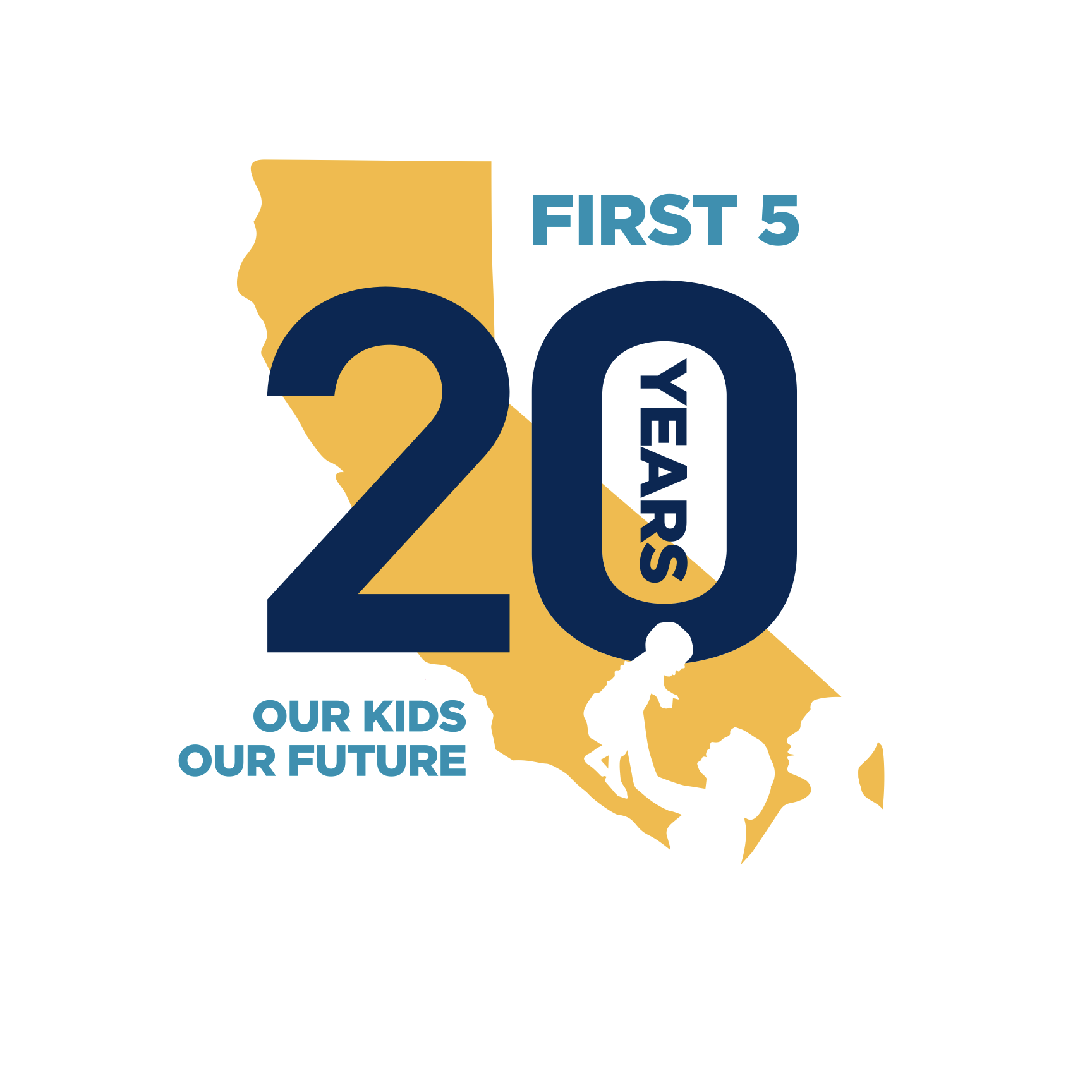 For First 5s across California, the 20th Anniversary of the passage of Proposition 10 has served as an opportunity for celebration and reflection.

Linda Jacobson, a senior reporter at Education Dive, used the anniversary as an opportunity to go in-depth on what First 5s have accomplished in the last 20 years. Jacobson — a journalism fellow with the USC Center for Health Journalism — chose to focus her fellowship project on the history and impact of First 5s.

Since early October, she has produced six articles, with each highlighting individual county stories while also focusing on the challenges and successes shared by all First 5s.

Below are links to each of her pieces, with topics ranging from successes with home visitation to how First 5s are adapting to decreasing revenue. We hope you find these pieces informative. They give an excellent overview of how the passage of Proposition 10 set early childhood work in California on a journey that we are still traveling.

Introduction to the Series

Center for Health Journalism: After two decades of First 5, are California’s young children better off?

As an education reporter who has specialized in covering early childhood issues, I’m looking forward to the opportunity to revisit a model that is quite different from how other states have expanded services for young children. (8/6/18)

What did California’s novel approach to funding early-childhood programs achieve?

The impact of the First 5 initiative, spearheaded by actor/director Rob Reiner, is complicated to measure because of the lack of longitudinal data. (10/9/18)

How filmmaker Rob Reiner put early childhood in the limelight

Recruiting Hollywood A-listers for help, Reiner paved the way for passage of a tobacco tax to fund programs for California’s youngest children — and helped to spread a national movement. (10/9/18)

As more states consider legalizing marijuana, California’s First 5 agencies are on the forefront of educating the public about the impacts during pregnancy and in homes with young children. (10/23/18)