“Worthy work, unlivable wages,” is the phrase that comes to mind when thinking about the early care and education (ECE) workforce.

According to the 2018 Early Childhood Workforce Index, the average wage of a California preschool teacher, entrusted by parents to care for their child at a critical stage of brain development, is $16.19 an hour. This wage often fails to cover basic expenses, forcing many preschool teachers onto public assistance. This workforce also faces higher rates of depression, presumably from economic stress.

There can be no doubting the dedication these instructors have, or their value to society. So why can’t being an early educator be an economically secure professional career?

In all the conversations about ECE, none seems to be more complicated than the issue of educating and compensating the workforce. Think tank New America calls it a “thorny knot,” wherein the challenges are so interwoven that movement in one area is bound to impact the other. This past year publications from The New York Times to Pacific Standard Magazine have featured in-depth pieces about the challenges and their potential solutions.

Tensions that tightened the thorny knot began after the 2015 release of “Transforming the Workforce for Children Birth Through Age 8,” a nearly 700-page report that laid out a roadmap to move the workforce from being considered low-skilled workers to respected professionals. One of the guideposts was requiring that all preschool teachers have a degree. While a seemingly positive recommendation, it also called into question the value of experience, and posed the practical challenge of compensating a better-educated employee.

Then in 2017, citing the recommendations in “Transforming the Workforce,” Washington D.C. took the bold first step of requiring their preschool teachers to have a degree by 2020, a move that brought into sharp relief the challenge of adding more work to an underpaid workforce. D.C. experienced serious push-back from across the nation, with one center owner vowing to protest daily until the requirement was reversed. The district has held fast however, and many are watching to see how policy unfolds.

In January of this year, The New York Times Magazine published an in-depth piece about the dynamic tension between education and compensation. The piece struck a chord with the ECE community, spurring blog posts and panel discussions, chiefly by Bellwether Education Partners and New America, think tanks who have high-level ECE analysts and policy specialists. Then in February, as if in response to the lessons of the past year, the authors of “Transforming the Workforce” published “Transforming the Financing of Early Care and Education,” spurring a new wave of revelations about the importance of proper compensation.

Advocating for the ECE workforce is a key issue for First 5 LA, and in the last year our team, in partnership with several coalitions in L.A. County and across the state, have supported efforts to increase compensation for early educators. We have also supported collective efforts to collect data on early educators, organize the workforce and provide paths to higher education.

As the new Administration sets its budget and education priorities, and State Legislators plan their agendas for the start of the 2019–2020 regular session of the State Legislature, we wanted to provide our readers with this collection of articles and resources that demonstrate the complexity of the issues early educators face as well as the solutions being proposed. We hope these resources assist you in forming opinions and making educated decisions as the new Administration begins to shape the future for kids in California.

The New York Times: Why Are Our Most Important Teachers Paid the Least?

Many preschool teachers live on the edge of financial ruin. Would improving their training — and their pay — improve outcomes for their students? (1/9/2018)

Bellwether Education Partners: What We Can — and Can’t — Learn From New Jersey to Improve Pre–K Teacher Training and Pay

A recent New York Times Magazine article looks at some of the challenges facing early childhood teachers and the debate over whether or not policymakers should raise education requirements for them. (1/17/2018)

As Jeneen’s Interlandi’s recent New York Times Magazine article “Why Are Our Most Important Teachers Paid the Least?” highlighted, the training that pre–K teachers have, and the compensation they receive, don’t often match the complexity or importance of their work. (2/26/18)

The Washington Post: D.C. among first in nation to require child care workers to get college degrees

The new credential requirements in the District follow a 2015 report by the National Academies that says the child care workforce has not kept pace with the science of child development and early learning. (3/31/17)

Efforts to fill centers with better-qualified early childhood workers are threatening the jobs of those who can’t afford to get their college degree, and some states are turning to apprenticeships to solve both problems at once.

The new D.C. mandate has sent waves of excitement, anxiety and resentment throughout the city’s child care centers, and the fallout is being watched nationally. (11/9/17)

Pacific Standard Magazine: Why Requiring Daycare Workers to Head Back to School Hurts the Working Class

Education wonks have an idea to make daycare better; it makes life for the workers who rely on daycare employment a lot worse. (1/9/2018)

WTOP: Why your child’s preschool teacher should have a college degree

The founding executive director of the Institute for Early Education Leadership and Innovation at the University of Massachusetts, Boston says that there is nothing “ill-advised” or “insanely stupid” about the D.C. requirement. From an educational standpoint, it makes a lot of sense. (1/2/18)

While preschools and child care providers in many parts of California are straining to fill an unmet need, the state’s child care workers are poorly paid and almost twice as likely to live in poverty than workers overall. (10/16/17)

Moving Beyond False Choices for Early Childhood Educators is a special blog series edited by Stacie G. Goffin, principal of the Goffin Strategy Group, which delves into the complexities, frictions and mistrust embedded in the interplay among (1) preparation and education, (2) compensation and status, and (3) diversity and inclusivity.

Pacific Standard: Early Childhood Education Is Not a Profession

The early childhood education field does not conform to the standards of organized professions, nor is it held accountable as such. To pretend otherwise is a disservice to families and their children. (9/19/17) 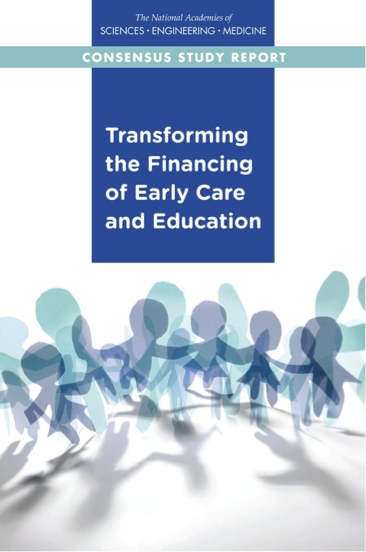 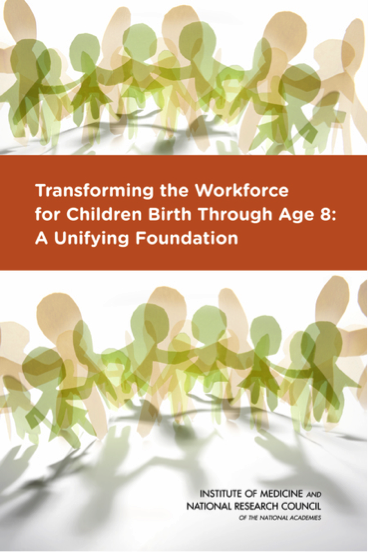 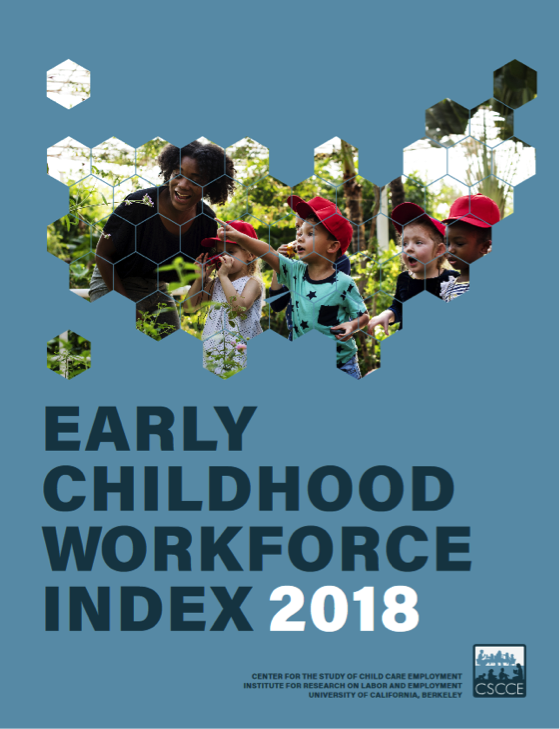 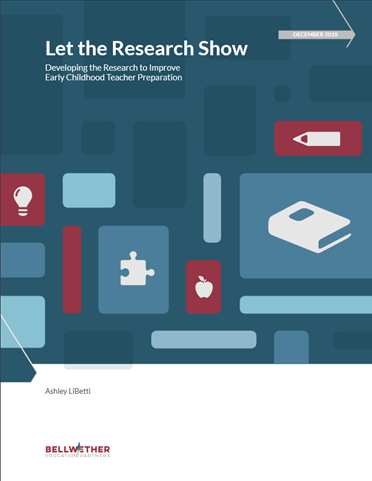 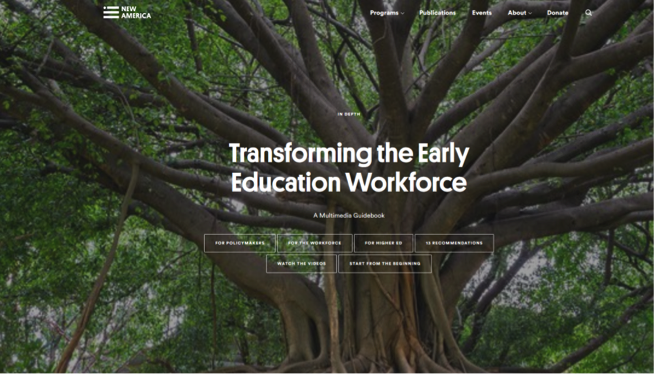 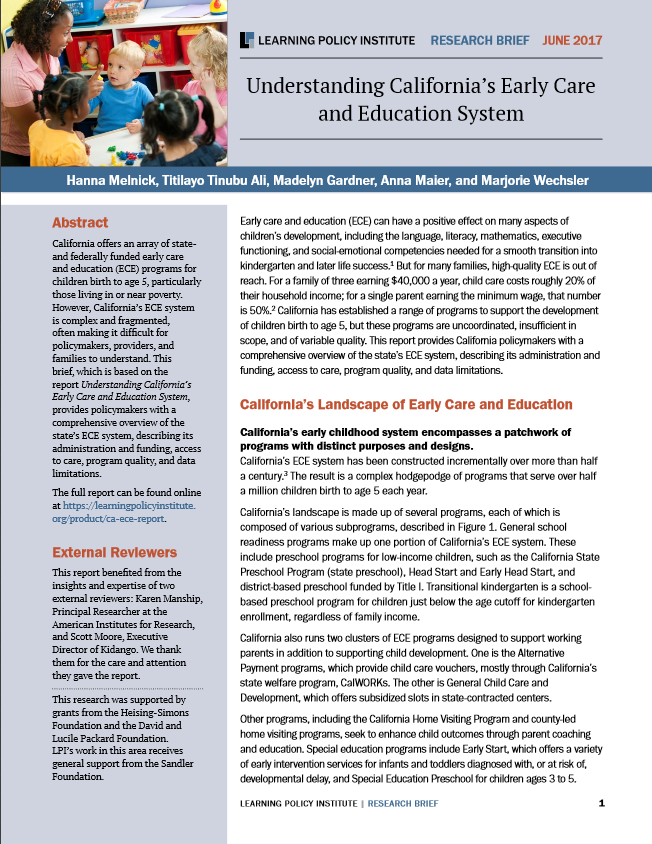