Ruling Creates Dire Future for Families As They Are Denied Access to Critical Health Care, Housing and Nutrition Services

Los Angeles, CA –– First 5 Association of California, First 5 California, and First 5 LA today joined major California leaders including Governor Gavin Newsom in opposing the Trump Administration’s “public charge” rule expansion, which will allow immigration officials the ability to deny a green card to immigrant applicants if they are in receipt of certain public benefits that are intended to help individuals, families, and communities meet basic living needs. Today’s announcement reflects the Trump Administration’s continued pattern of assault on the well-being of immigrant families.

The finalized rule now enters it’s 60-day review period prior to becoming effective. This comes after 260,000 public comments were submitted to the Federal Register in response to the proposed rule in September 2018. Since last fall, when the Administration released their proposal, the First 5s expressed their strong opposition to this proposed change, and have educated early childhood partners and government officials on how the public charge expansion would adversely affect children and families throughout California.

The goal of these programs is to help reduce illness, hunger and poverty. This rule will have life altering implications for parents needing to access services for themselves that allow them to provide and care for their children. With one of the largest immigrant populations in the nation, California will face a disproportionate impact, as one in two children in the state have at least one immigrant parent. With this new policy, entire households and communities will be harmed, especially low-income immigrants who are living in this country legally.

“We should be doing everything we can to strengthen our most vulnerable families, not weaken them,” said Camille Maben, Executive Director of First 5 California. “The health and well-being of parents and their children is inextricably linked. Under this rule expansion, many immigrant parents will face the impossible choice of accessing the basic supports they need to work and care for their family – health care, healthy food, and a safe place to call home – and the immigration status that allows them to remain with their family.”

“This shameful rule will have a devastating effect on young children and families across California,” said Moira Kenney, Executive Director at First 5 Association of California. “It will worsen the climate of fear within immigrant communities, and heap hunger, poverty, and unmet health care needs onto families that are already vulnerable.We have received many reports from First 5s across California of parents pulling their children out of preschool and declining health services for their kids due to fear of repercussions, and we expect this will only get worse with the new public charge rule in effect.”

“This is a harsh attempt to intimidate families and children from getting the basic needs they qualify for and have a right to access,” said Kim Belshé, Executive Director at First 5 LA. “There’s no way to target immigrant parents without hurting their children, families and communities. All parents should have access to the resources they need to keep their families healthy, safe and ready to reach their full potential.” Kim Belshé concluded, “This ruling fails us all. We have a shared responsibility, and a shared benefit from improving the health and well-being of all young children and their families, no matter their immigration status.”

First 5 Association is a nonprofit membership organization that advocates for and works with the state’s 58 First 5 county commissions to build strong, effective, and sustainable systems serving California’s youngest children.

First 5 California was established in 1998 when voters passed Proposition 10, which taxes tobacco products to fund services for children ages 0 to 5 and their families. First 5 California programs and resources are designed to educate and support teachers, parents, and caregivers in the critical role they play during a child’s first five years – to help California kids receive the best possible start in life and thrive. For more information, please visit www.ccfc.ca.gov.

First 5 LA is an independent County agency in Los Angeles that advocates on behalf of parents with young children to help every child, prenatal to age 5, be healthier, safer and better prepared for kindergarten. Knowing 90 percent of a child’s brain is developed by age 5, First 5 LA partners with other county agencies, parents and organizations to help elected officials prioritize funding for early childhood education, health care and other programs that young children and their parents need. Please visit www.first5la.org for more information.

ABOUT EARLY CHILDHOOD IN CALIFORNIA 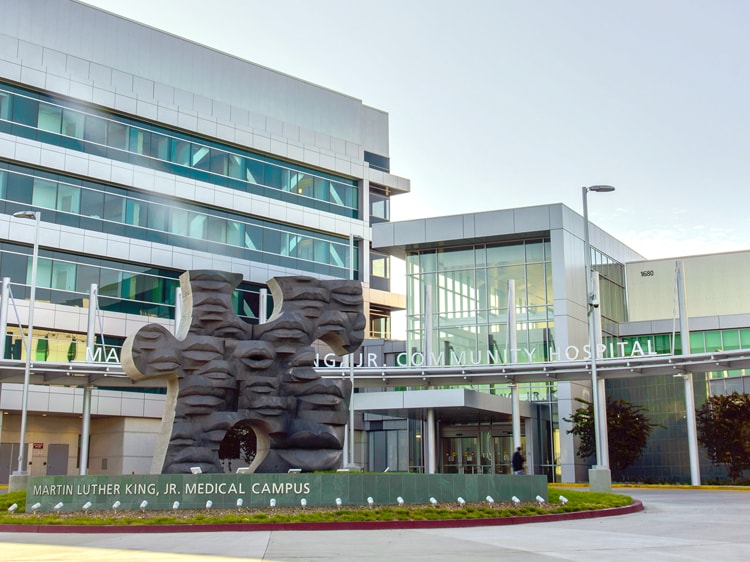 January 6, 2021 BreastfeedLA is pleased to announce that MLK Community Healthcare (MLKCH) is the first and only hospital newly designated as a Baby-Friendly Hospital by Baby-Friendly USA in California in 2021! MLKCH is one of twenty birthing hospitals in the County of...