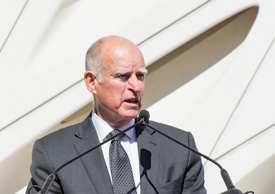 “While it is encouraging that the Governor continues to look for ways to improve California’s early learning system, now is the time to invest wisely in our most precious resource, our children,” added Belshé. “More than 170,000 3- and 4-year-olds are eligible statewide, but do not have access to critically needed, subsidized child care or state preschool programs.

More than 170,000 3- and 4-year-olds are eligible statewide, but do not have access to critically needed, subsidized child care or state preschool programs -Kim Belshé

“The state’s top priority needs to be supporting hard working families and ensuring that California’s most disadvantaged children are given the chance to succeed. How will we ever close the achievement gap and solve income inequality if we don’t take care of the state’s youngest residents?

“Although the Governor has modified his early learning block grant, there is still a limit on the level of total investment that would constrain these programs, including their ability to pay our highly skilled workers a fair wage,” Belshé continued. “We want to work with the Governor and Legislature so that common sense system reforms are made through a collaborative process.”

The Governor’s May Revise proposal would establish the Early Education Block Grant beginning in 2017-18. It would be administered by school districts with support from county offices of education and the California Department of Education and would provide one year of subsidized pre-kindergarten education for low-income and at-risk 4-year-olds.

Under this proposal Transitional kindergarten is eliminated as of July 1, 2017. These pre-kindergarten programs would prioritize service for children who are at-risk, non- or limited-English-speaking; or low-income, as defined as either eligible for free or reduced-price meals or income-eligible for state child care programs. The proposal also would set minimum state requirements, including a minimum school day and year equivalent to a school district’s kindergarten program and a minimum quality rating on the county Quality Rating and Improvement System.

“Assembly Democrats, Senate leaders and the California State Women’s Legislative Caucus have already made quality early learning opportunities for young children and their families a top priority,” Belshé continued. “But despite this overwhelming consensus and the fact that there is a clear need, this current budget holds funding at the same level as we were a decade ago.

“We also know that Californians want these investments,” Belshé said. “Last month’s PPIC and Field polls showed overwhelming majorities in the state support investments in preschool and believe that a high-quality preschool experience is critical to a student’s success in school and later life.”

Last month, Belshé and First 5 LA Board Members Marlene Zepeda and Duane Dennis traveled to Sacramento as part of a statewide Advocacy Day for First 5 agencies across the state to speak with officials in the Governor’s Office, and Legislative leaders and their staffs on the importance of making investments in quality early learning opportunities for our state’s youngest children and working families a priority.

“We want to commend and thank the Women’s Legislative Caucus for their continued commitment to child care. We are prepared to work with our advocacy partners, the Governor, and the Legislature to come up with a plan that will ensure all children have access to quality, affordable early care and education,” Belshé concluded.

The Legislature has the authority to approve, modify, or reject the Governor’s proposals, add new spending or make other changes that substantially revise the budget as proposed by the Governor. The Legislature typically waits for the May Revision update before final budget decisions are made on major programs such as Education, Corrections, and Health and Human Services.

The Legislature must pass a budget bill for the upcoming fiscal year by midnight on June 15. The Governor has until June 30 to sign the budget bill into law.