From Foster Child to Home Visitor 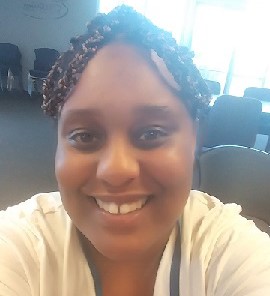 Removed From Her Own Mother at Age 5, Alisha Burch Becomes a Second Mother to New Moms

When she meets a new mother enrolling in the Antelope Valley Partners for Health (AVPH) Healthy Families America (HFA) Home Visiting program funded by First 5 LA, Burch often sees parts of her own past reflected in her client’s current situation, which may include struggles with poverty, stress and trauma as they raise a newborn.

“I have an understanding of what some of the families I serve have to deal with on a daily basis,” said Burch, who works as a Family Support Specialist with the Child and Family Guidance Center in Palmdale. “Sometimes, my client’s reality was once my past and without disclosing my life story to them, I use that to connect with them. To help them have a better chance at life — for themselves and their children.”

“Sometimes, my client’s reality was once my past and without disclosing my life story to them, I use that to connect with them.” Alisha Burch

When she was 5 years old, a cousin invited Burch and her brother to an aunt’s home. During the walk there, the cousin told them they were going to be taken from her mom and put in foster care. The two siblings tried to run away, Burch recalled. But she was caught by the cousin, who threatened to beat her up if her brother did not stop running. So her brother stopped. When the two entered her aunt’s home with heads hung low, Burch recalled, her aunt laughed and said: “Life is tough, isn’t it?”

“Being removed from my mother caused me trauma because I was never able to be reunited with her,” recalled Burch, who said she was removed for neglect and abuse due to her mother’s drug and alcohol addiction. “I missed her hugs, her kisses, even her promises, although she hardly came through with half the things she said she would do. Whenever she did remember, it felt like a Christmas moment for me. I believe her addictions at the time won over the need to fight to get us back.”

Not long afterward, Burch and her brother were removed from her aunt’s home and placed in the care of a non-relative, Ms. Anne Vivian Rease, whom Burke said raised the two children with “a lot of love and patience.”

Then, when Burch was 14, she found Rease dead in her bed.

“It all pretty much went downhill,” recalled Burch, who faced many more hardships as she was bounced between group homes and foster homes. “I suffered in school and had difficulty keeping and maintaining friends. The hardest was dealing with foster parents who would tell me that I was only a ‘pay check’ to them.”

Despite these hardships, Rease’s positive influence stayed with Burch.

“I always knew in my heart as a child that I would have to give back, because of what I received from Annie,” she said. “I knew that there are so many who suffer. I wanted to give back and make an impact like she did for me.”

My experience as a child and as a mother shows me how important and valuable the home visiting program is. Alisha Burch

Initially, Burch thought she would grow up to become an elementary school teacher. Two and a half years ago, she became a home visitor.

“My experience as a child and as a mother shows me how important and valuable the home visiting program is,” Burch said.

In the voluntary, free home visiting program, Burch works with families in weekly visits during the first six months after birth of a child to provide valuable information, support, and services in the home to ensure that newborns get the best start in life. Mothers who are pregnant and plan to deliver at one of 14 participating Welcome Baby hospitals in Los Angeles County may qualify for a home visiting program. First 5 LA funds Welcome Baby and Select Home Visiting programs like HFA.

During home visits, Burch meets with families to provide information and support in areas such as: 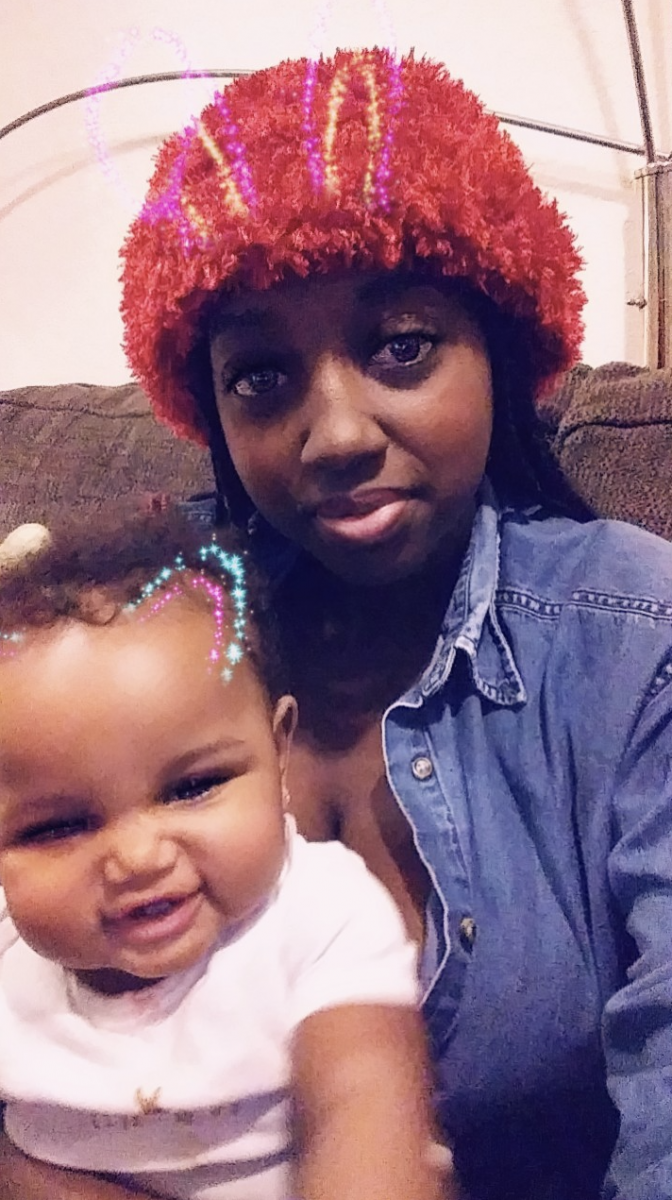 The work can be challenging from the moment Burch walks through a client’s front door.

“We are dealing with individuals that are struggling to maintain the basic needs of their home, managing their finances, dealing with violence and mental health issues,” Burch said. “So for them it’s hard to focus on doing an activity or trying to hear us cover information about nurturing their baby when they have all these things they have to deal with. As a home visitor, I try my best to help my clients focus, by redirecting their attention and help them come up with methods on their own using their own strengths as examples to reduce their stress.”

Among her most challenging moments was during a home visit with a mother of newborns who would not stop crying. Burch gently reminded the mom that her babies needed touch and affection to help them regulate their heightened state of emotion. Finally, the mother picked her babies up and disappeared with them into another room. She returned a few moments later without the infants . . . who were left crying in the other room.

“Just don’t think about the pain. Think about all the nutrients you are giving her.” Alisha Burch

“The cries of the babies were so heartbreaking and I had to sit there and validate the mom’s feelings because she stated she was overwhelmed and tired and couldn’t take it anymore,” Burch recalled. “I worked with the mom later on by using the curriculum to discuss the effects of toxic stress and the importance of responding to an infant’s cue. Also, I reminded the mom about the positive changes in the babies’ behavior when she responds appropriately.”

But the most difficult challenge as a home visitor, Burch said, “is the fact I’m a mandated reporter and when I have to report on a family when safety is a concern. I’m highly affected by it, because being a child growing up in the foster care system was traumatic for me when I was taken away from my mother and home.”

Looking back on her own past with her mother, Burch said “if she had the support and resources that are provided today through the home visitation program, I may have never been introduced to the foster system, or she may have had an opportunity to be reunified with me and my sibling.”

This realization helps bolster Burch’s belief in helping parents and their babies through home visiting. Like Eniya Watson-Ali, 22, of Palmdale, who was facing a slew of challenges: her baby’s father left her four weeks into her pregnancy, she could not find a job and she was living with her mother.

And when her daughter Nielah was born last July, Watson-Ali initially said no to breastfeeding because everyone told her it was painful. But Burch and Watson-Ali’s mother encouraged her and though it was, indeed, painful for her, Watson-Ali powered through it with Burch’s support.

“She would say ‘Just don’t think about the pain. Think about all the nutrients you are giving her. She’s going to be real smart.’ So I kept going,” Watson-Ali recalled.

During Burch’s weekly Wednesday visits, Watson-Ali also learned about oral care for her daughter, how babies’ brains work, and the importance of reading to and playing games with her. And gradually but surely, Burch was helping Watson-Ali boost her own belief in herself.

When Watson-Ali wanted to find her own place, Burch served up a number of resources and plenty of encouragement. Watson-Ali and her daughter moved into a new home together in January.

“She helped me get my confidence back,” Watson-Ali said of Burch. “When I would get down, she told me to keep on going. She’s a supportive person. She won’t let me fail at anything. She’s like a second mom to me. ”

As someone who was removed from her own mother, these words carry a lot of weight with Burch.

“It truly touches my heart to have a client view me as a second mom,” Burch said. “I want my clients to understand that the circumstances they face in life don’t ultimately determine their future.”