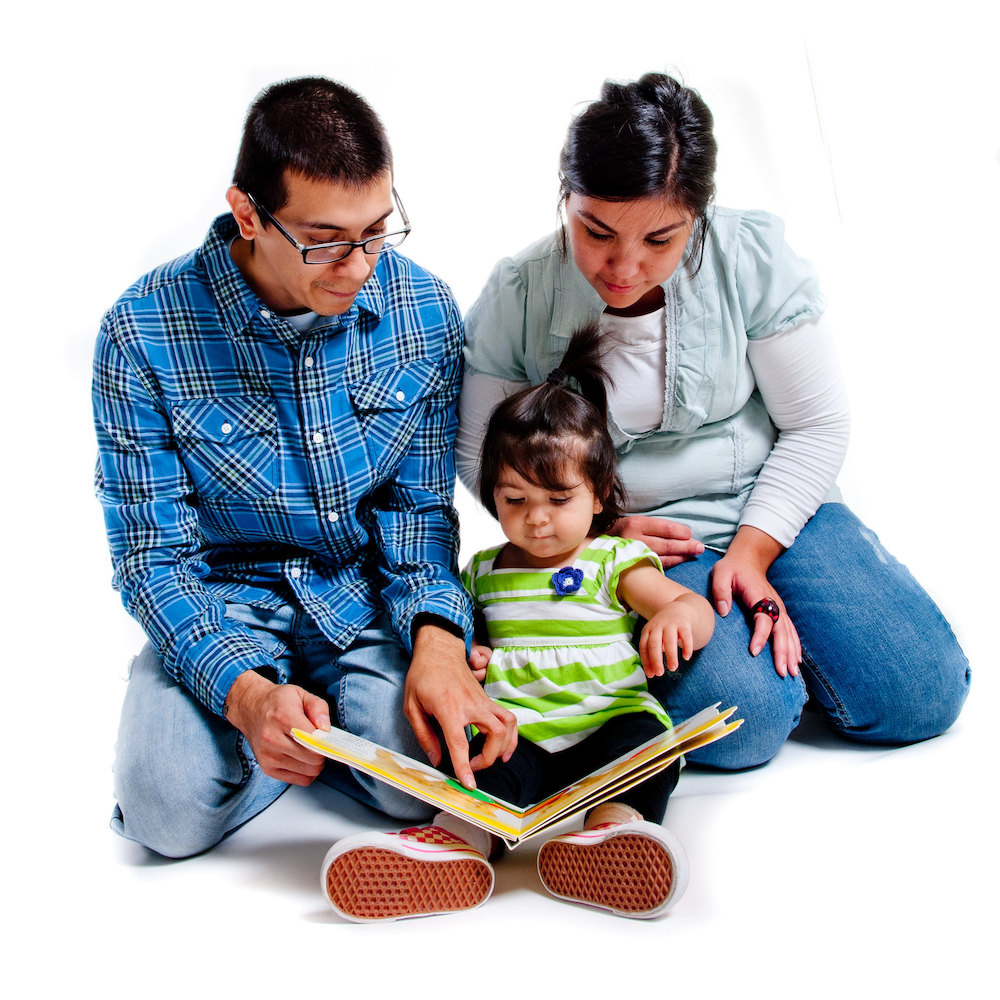 Six decades ago, Dr. Seuss’s “Green Eggs and Ham” hooked Geoffrey Canada on reading and saved him from a lifetime of poverty in the South Bronx, “one of the wastelands we have in this country,” he said. As he grew older, he found solace from his rough neighborhood in the poetry of Langston Hughes and others. 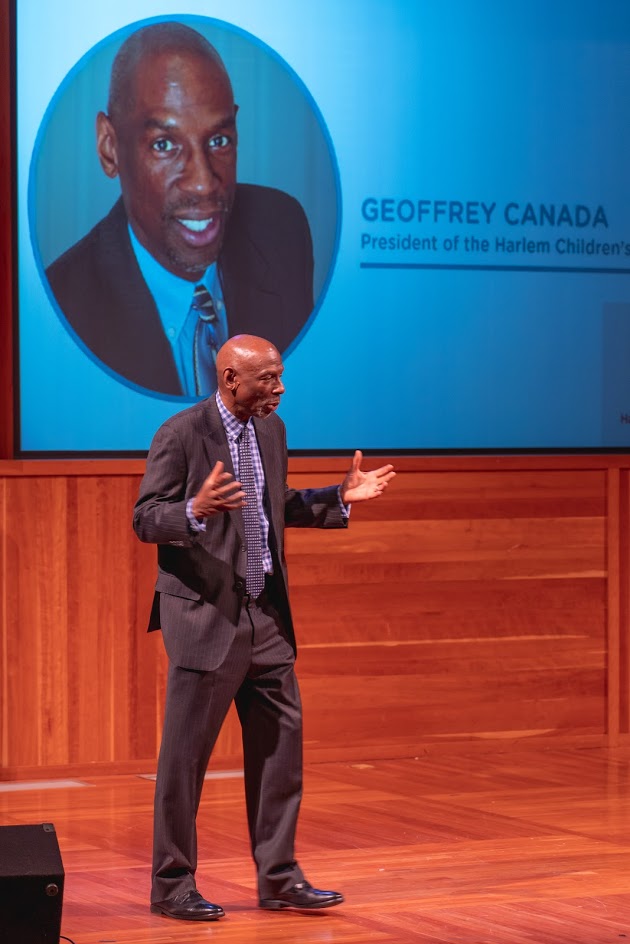 Canada, 67, went on to earn a master’s degree from Harvard University and in 1990 founded the renowned Harlem Children’s Zone, which combines education, community, social development and health care to create positive life outcomes in an impoverished 97-block area of New York City. The program, considered a national model for breaking intergenerational poverty, has been featured on 60 Minutes and The Oprah Winfrey Show, among many other major media.

“There’s no denying that poetry saved me. Part of our job is to give our children experiences so they can save themselves. It’s simple but profound,” Canada said during his keynote speech at an event held recently by the Little by Little School Readiness Program to award First 5 LA with its 2019 Literacy for Life Award.

First 5 LA, whose mission is to ensure children are school-ready by age five, has been a key funder of Little by Little since its inception in 2002. Little by Little bolsters literacy by distributing free children’s books to families enrolled in the Women, Infants and Children (WIC) supplemental nutrition program.

“First 5 LA has just consistently and energetically supported all we do,” said Dr. Blayne Cutler, president and CEO of Heluna Health, a nonprofit that runs Little by Little, one of its portfolio of programs focused on reducing health disparities, at the event held at the Los Angeles Public Library’s Central Library.

In accepting the award –– a large framed box containing handwritten thank-you notes from Little by Little participants ––First 5 LA Executive Director Kim Belshé said the agency is proud of its partnership with Little by Little and is committed to “lifting up what can work.”

“It is astounding the difference (Little by Little) makes in individual lives, but it also helps create a culture of early literacy. It can actually close the gap in school readiness among children who are Spanish-speaking versus children who are English-speaking,” she said. 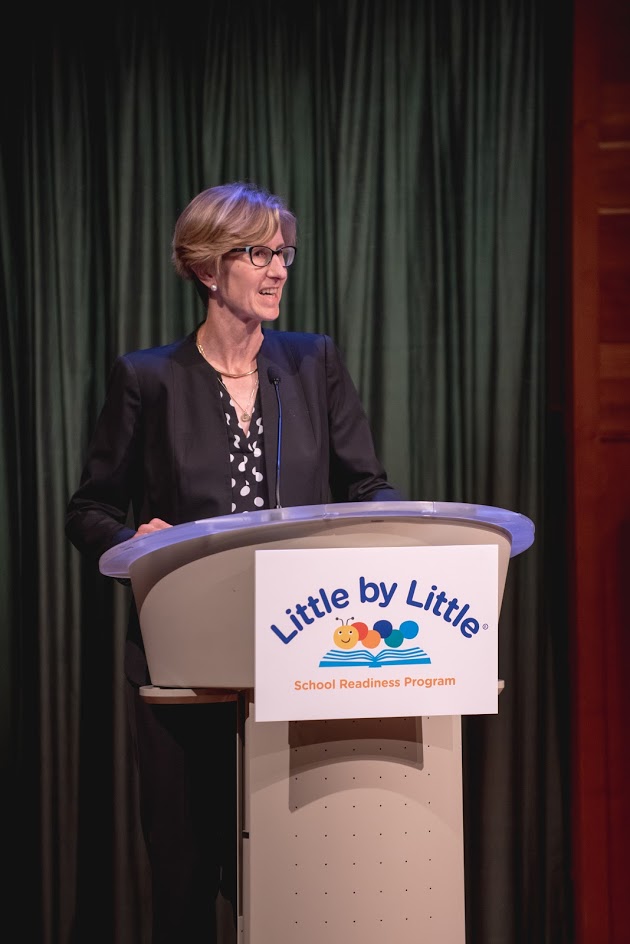 Little by Little aims to address the lifelong consequences of poor literacy that start from birth, and studies have shown that children in lower income families hear fewer words than in higher income families. This pattern can show up later in differences in vocabulary and reading proficiency.

By helping families gain access to books and other early literacy resources, Little by Little also works to mitigate the negative life outcomes associated with poor literacy. For example, students who don’t read proficiently by the third grade are four times more likely to drop out of school, and that risk increases exponentially for children from low-income families, according to research cited by Little by Little. There is also a notable connection between poor literacy and risk of future incarceration, with about 70% of prisoners in the United States underperforming on basic literacy measures.

Little by Little distributes free English, Spanish and bilingual books to mothers when they come in to WIC centers for their regular appointments approximately four times a year. The program also counsels moms on the importance of reading to their kids daily and literacy in general. By operating in conjunction with WIC, the program keeps costs as low as $52 per child per year.

Research has shown that the program is effective. WIC children who participated in Little by Little for four years had significantly higher school readiness scores than WIC children who did not. Moreover, children benefited regardless of their primary language, with Spanish speakers showing the highest gains. 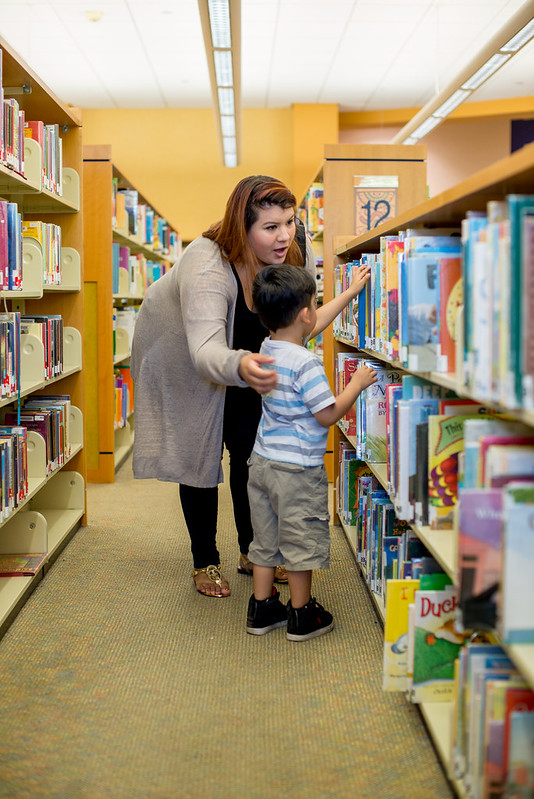 Since 2012, Little by Little has served more than 215,000 children in Los Angeles County and another 20,000 in Tulsa, Oklahoma, where the program is funded by the George Kaiser Family Foundation.

The concept of integrating the program with WIC is “brilliant,” Canada said. “It solves one of the real problems –– how to reach people you want to reach,” he noted.

Since WIC is a federally-funded program that operates nationwide, Little by Little could easily be replicated in any area of the country. Dr. Cutler said the success of the Tulsa program has spurred talks to expand the program to WIC centers throughout California and beyond. WIC serves 7 million mothers and children nationally, 1 million in California alone.

Canada said he was all for it. “I think it’s a good idea –– scale this across the nation,” he noted.