Families Get Up and Move! 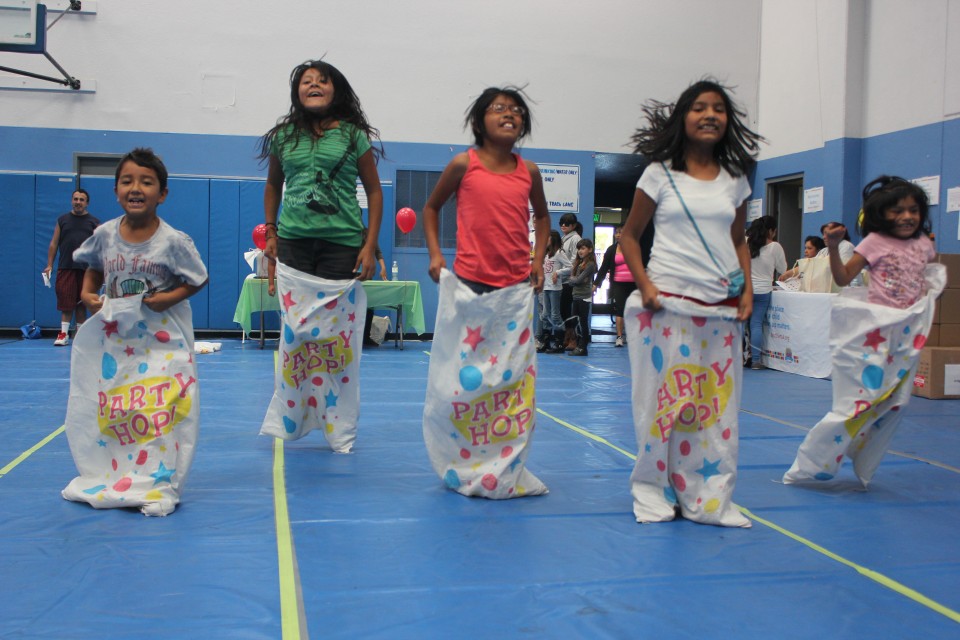 Finding fun and inexpensive activities for entire families to participate in can sometimes be a challenge even in a large city like Los Angeles, especially for low-income neighborhoods.

That is why the Best Start Metro Los Angeles group decided to bring family activities to the community instead.

This Saturday in Metro LA several families participated in the Get Up and Move! event at the All Peoples Community Center, which was organized to teach families of easy and healthy ways to engage with their children. The event was coordinated in partnership with San Pedro and All Peoples community organizations that provide a broad spectrum of social services for residents.

“There’s limited resources and families need to drive far to places to take their children,” said Brenda Aguilera, Director for Best Start Metro LA (BSMLA). “We wanted to teach parents simple activities they can continue to do at their homes.”

At the event parents and children filled the center’s gym and played basketball, indoor soccer, hula-hoop and other sports as cumbia tunes by Selena and La Sonora Dinamita played in the background.

“Ten minutes of hula-hoop is the equivalent to running one mile!” shouted one of the coordinators to encourage families.

There were also booths that provided information on community resources like Eisner Pediatric and Family Center, Broadway Federal Bank, Esperanza Community Housing Corporation and others. 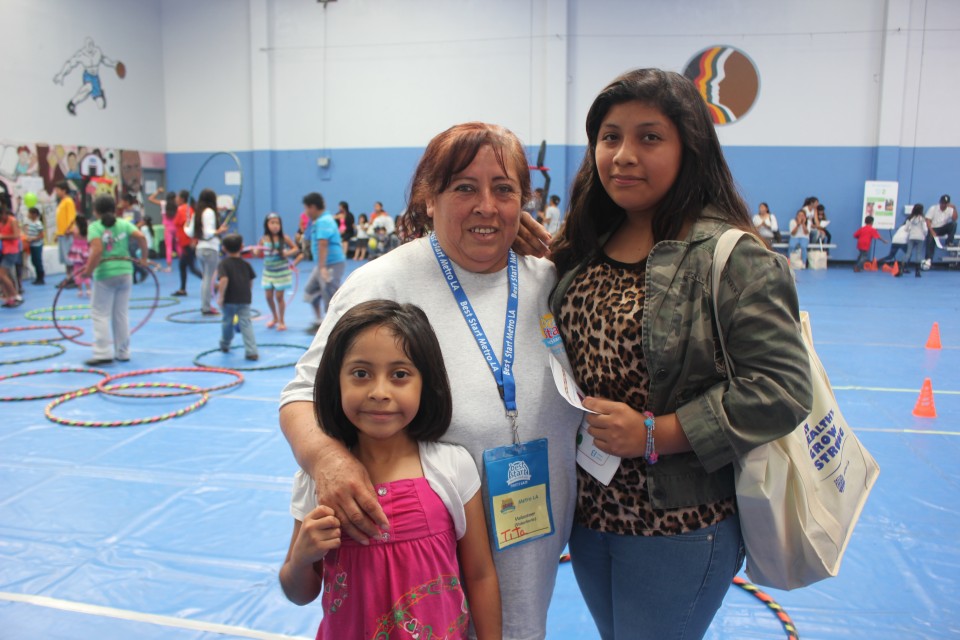 Metro LA is one of the densest regions of LA County comprising approximately of twenty-five neighborhoods within the city of LA.

It also has one of the largest populations of Latino immigrants in the city, many of who are undocumented.

Despite the fact of being blocks away from University of Southern California and LA LIVE, Metro LA has struggled with violence, lack of green space and poverty for many years.

But that hasn’t stopped parents and residents from engaging in groups like Best Start LA, in fact it has inspired them to want to improve their quality of life and organizing more events like this one.

“I found out about Best Start LA at my child’s school, San Pedro Street Elementary,” said 45-year-old Maria Contreras. “I like being part of this group because they actually listen to our needs.”

Contreras is going on almost three years as a parent volunteer for BSMLA after terminating an abusive relationship with her ex-husband.

“I remember going to one of their health workshops and realizing that my situation was really bad,” said Campos, who is originally from the Mexican state of Michoacán. 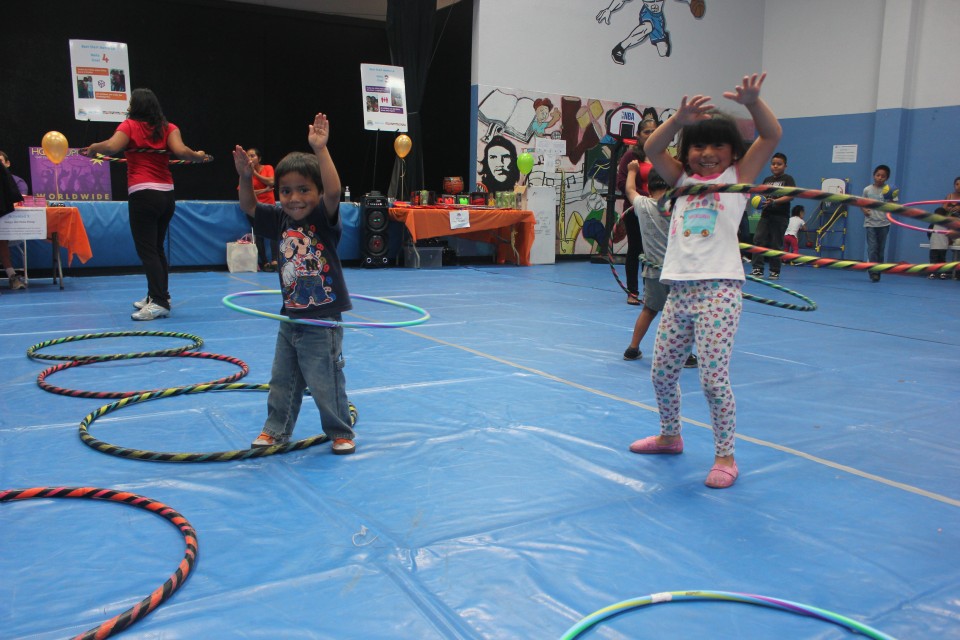 That is when she decided to leave and choose a better life for her and her seven children. Since then she’s become a key player in the community and now encourages other women and mothers to participate in workshops and coordinate events in their neighborhood to promote healthy living.

“Before I was timid and didn’t even have anything to talk about now I feel very confident and I’m not afraid to go to City Hall and demand what our community needs,” Contreras said.

“It feels good to accomplish something,” she added.

For another parent volunteer 49-year-old Fausta Campos, known as “Tita,” being involved in BSMLA and coordinating these types of events has also been life changing.

“I didn’t even know how to turn on and off a computer. Now I send e-mail blasts and I even uploaded a flyer of today’s event to our Facebook page,” said Campos who has been involved for almost four years.

Working with families to create a better future and building healthy communities is Best Start LA’s goal and by hosting events like these they are developing unique ways of working together with neighborhoods to accomplish that.

“We’ve all grown together,” said Aguilera.