*Editor's Note: Names of parents and children have been changed to protect their identities.

Lucy noticed some speech issues in her 2-year-old son, David. She took him to his doctor and the doctor said it was nothing to worry about because all children are different.

Lucy took the doctor at his word. When her son turned 3, she returned for his annual checkup.

It turns out that her initial intuition was correct. The same doctor told her David had a developmental speech delay. “I was a little frightened, because at the time you don’t know if he will ever catch up. I didn’t know what impact it would have on his life,” said Lucy. 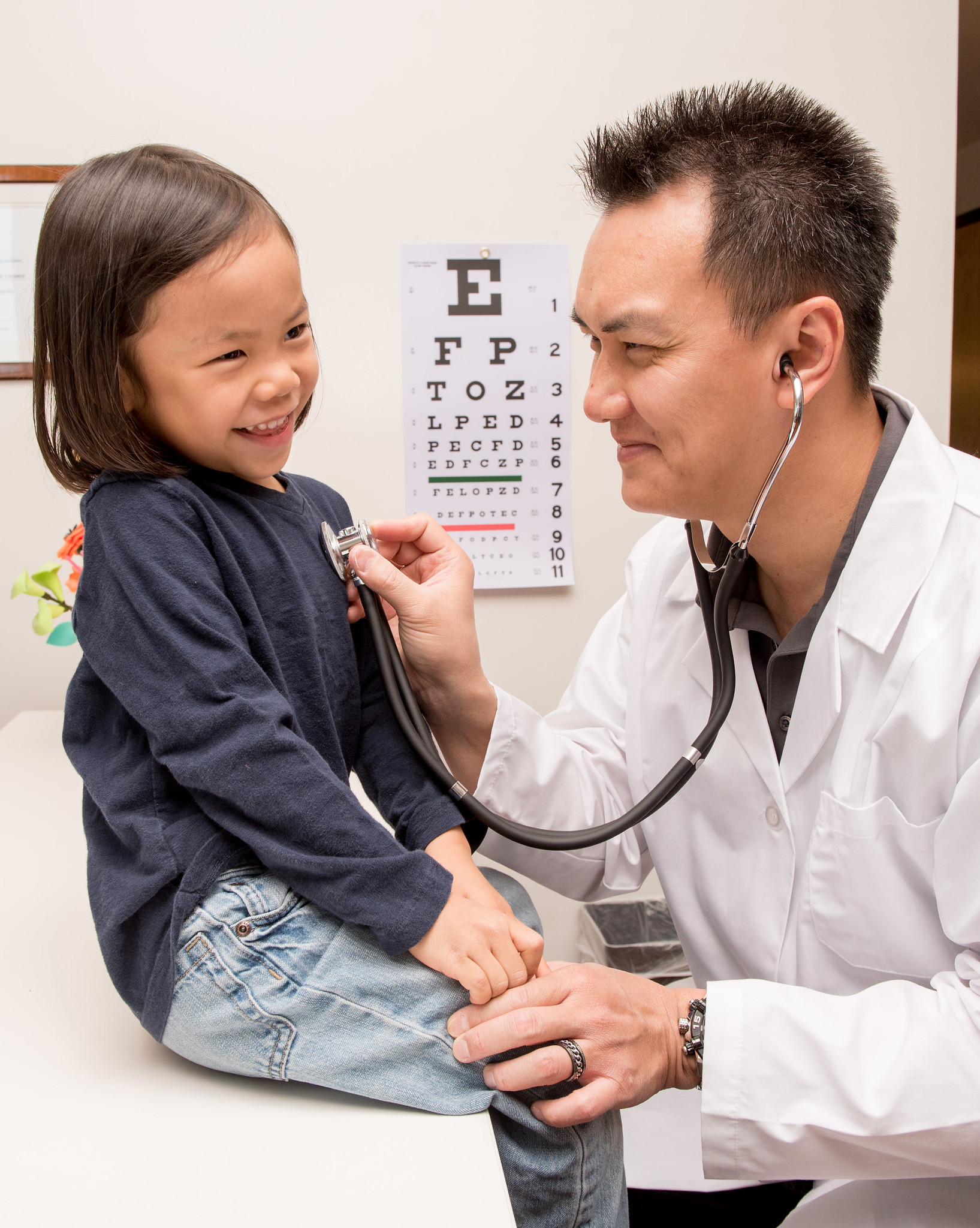 The American Academy of Pediatrics recommends developmental and behavioral screening for all children during regular well-child visits at nine months, 18 months and 24 or 30 months.

Timing is everything, and if delays are not identified early, they can persist and become much more difficult for children to overcome. When they are identified early, interventions are more effective and less expensive.

As part of a broader effort to boost the well-being of all children in Los Angeles County, First 5 LA released two briefs focused on the issue of early identification, “Early Identification (EI): Surveillance and Screening” and “Linkage to Services and the Referral Process.” These research briefs explore barriers faced by various service providers such as physical therapists, occupational therapists and psychologists, among several other groups providing these services. The briefs also highlight the importance of catching behavioral needs as soon as possible and how identified concerns or delays can improve a child’s physical and emotional health. 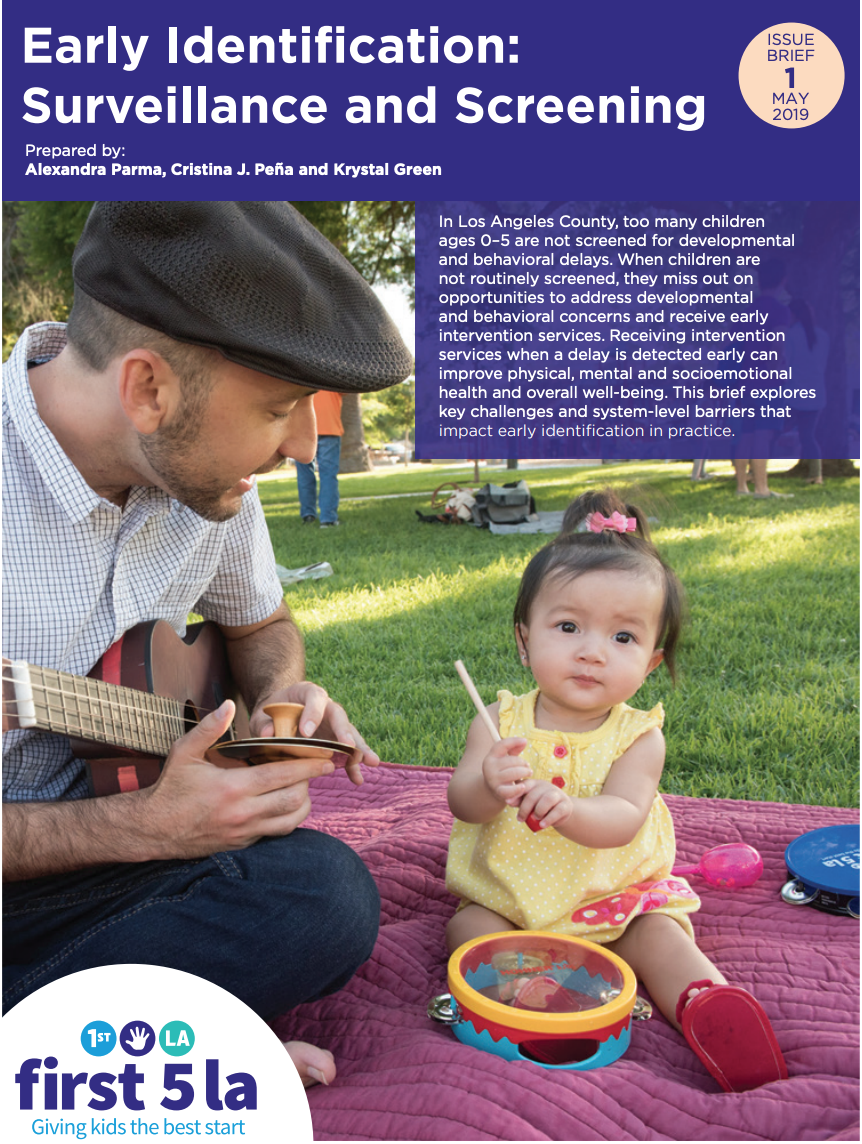 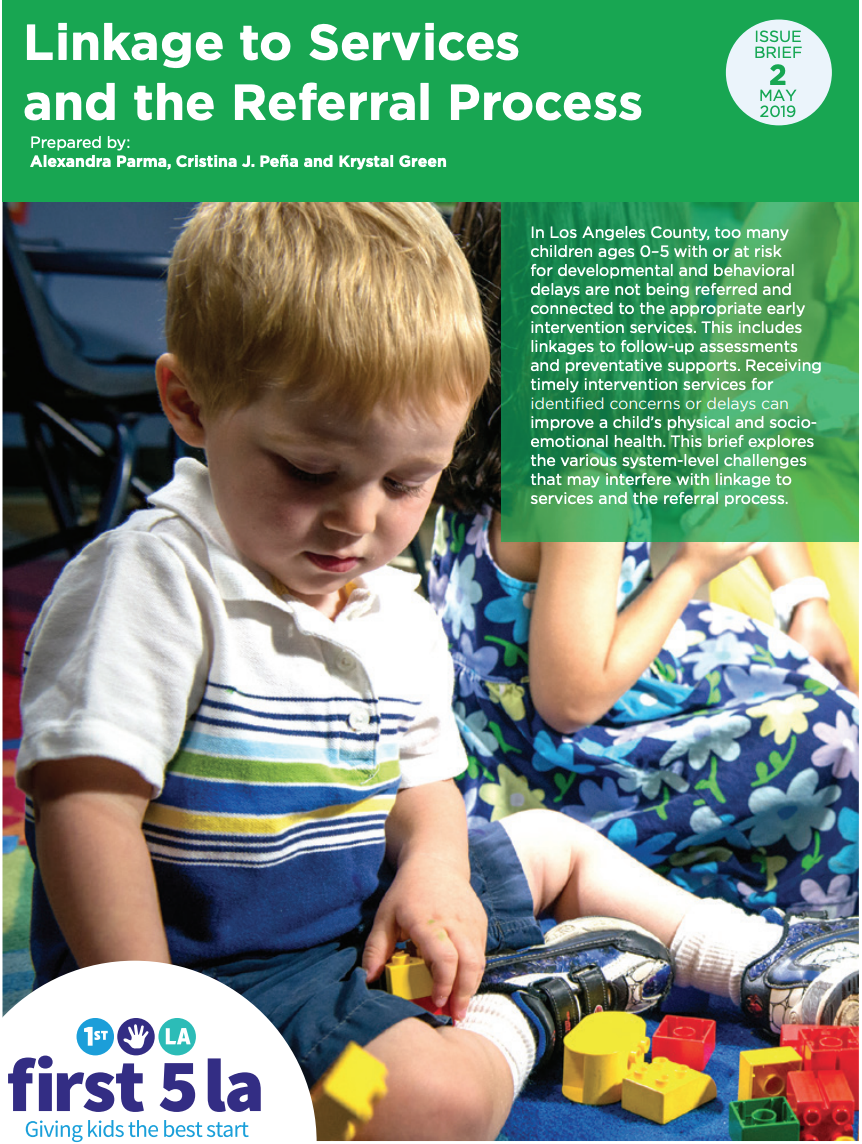 “Parents are usually the first to notice something, but often they have trouble finding a professional,” said Dr. Marian E. Williams, a psychologist who contributed her expertise in EI to the briefs.

In California, 25 percent of young children are at risk for a developmental or behavioral delay. Services for addressing these types of delays are available, but they are underutilized for a variety of reasons. According to the research briefs, approximately 70 percent of parents are not asked by their health care provider if they have concerns about their child’s development. 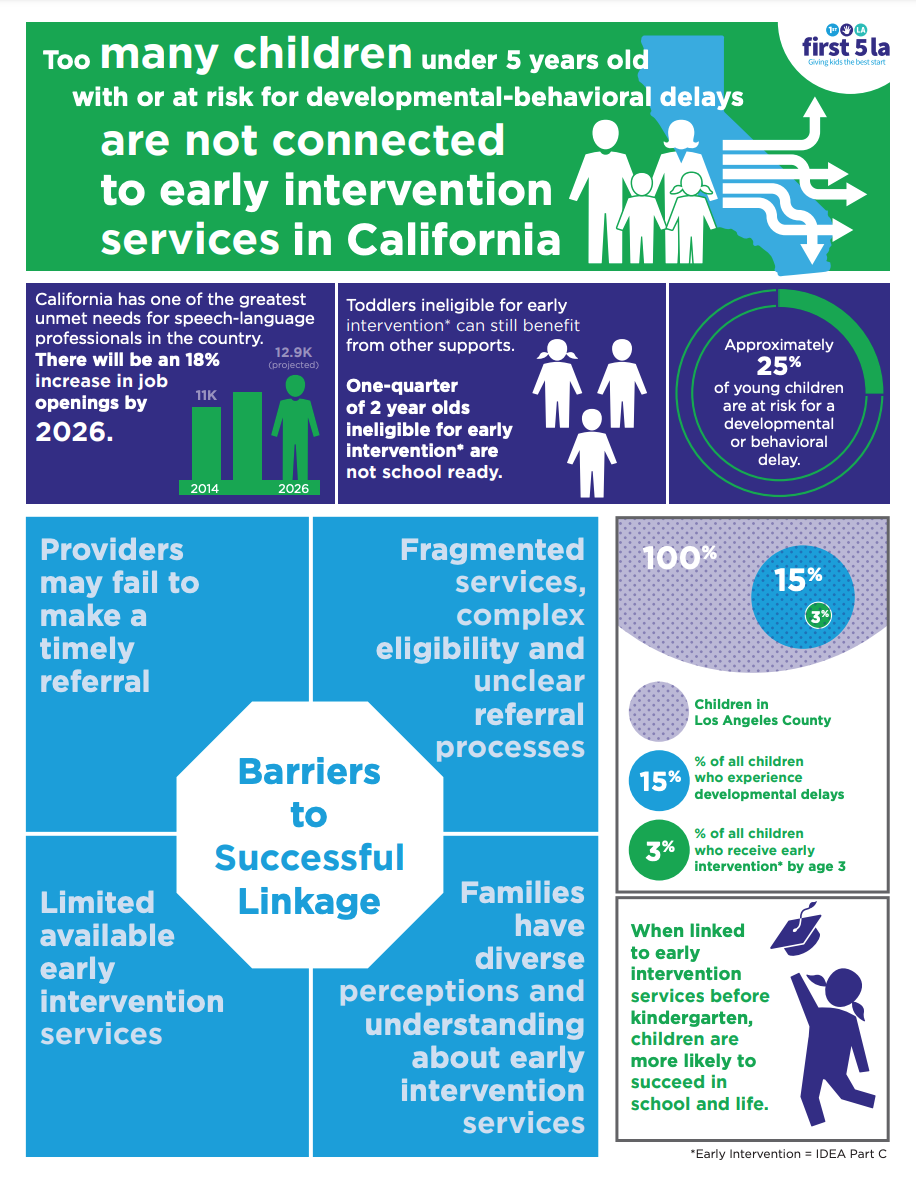 At the state level, Governor Gavin Newsom has shined a spotlight on the importance of early screenings to help identify and address developmental delays as early as possible. His “Parents Agenda” budget includes $95 million to increase reimbursement rates for developmental and trauma screenings to make sure more children are identified early for delays and exposure to potential trauma, with an additional $50 million for provider training to effectively conduct trauma screenings.

“We know all children require efforts to optimize their development and readiness for school, and some children require additional support,” said Tara Ficek, First 5 LA director of health systems. “We also know timing matters: the earlier, the better. When a child’s developmental needs are identified early, the more effective the intervention can be in supporting healthy development.” 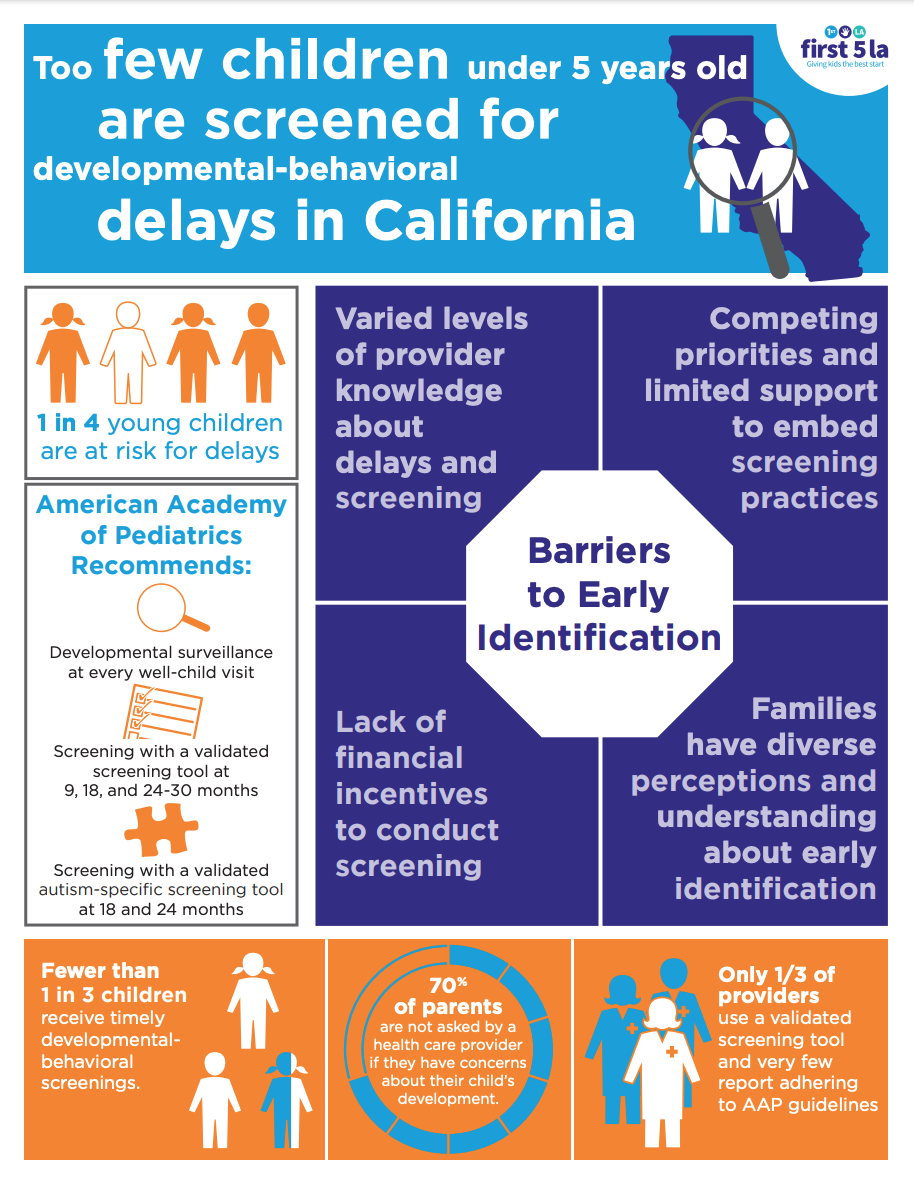 Early intervention services may range in scope and are designed to improve a child’s developmental function and abilities in the areas of motor skills, learning and problem solving, talking and understanding, and social and emotional cognizance.

Lucy took her son to speech therapy, where they used what she called “play therapy” with David. The therapist used play to help improve his speech. Over the years David has caught up to where he should be at his age.

In retrospect, Lucy says she would have wanted the doctor to tell her what specific milestones she should monitor, and what to do to help her son from birth to 5.

Lucy learned an invaluable lesson and was more aware for her next child, daughter Chloe. Lucy learned that “you have to be engaged,” and that “you are your child’s best advocate.”