During her years of First 5 LA service, Bostwick filled in for past Board member Dr. Jonathan Fielding and current board member Cynthia Harding, who serves as Interim Director of the Los Angeles County Department of Public Health.

Bostwick will also be retiring from her work as the interim director for Maternal, Child and Adolescent Health Programs (MCAH) for Los Angeles County Department of Public Health, where she has worked for 25 years. MCAH is responsible for planning, implementing and evaluating services addressing the health priorities and primary needs of infants, mothers, children and adolescents in L.A. County.

“Everyone needs to take time to consider what is important in their lives and their own balances of work, family, friends, hobbies and travel,” Bostwick said of her departures. “I plan to do the same: find some balance, and organize many of the projects that need attention around my home.”

When asked what she will miss most about First 5 LA, Bostwick responded: “I will miss hearing updates from the First 5 LA staff about important projects and programs, and hearing information regarding programmatic evaluation, or finding out the number of children and families served, was always very satisfying.” 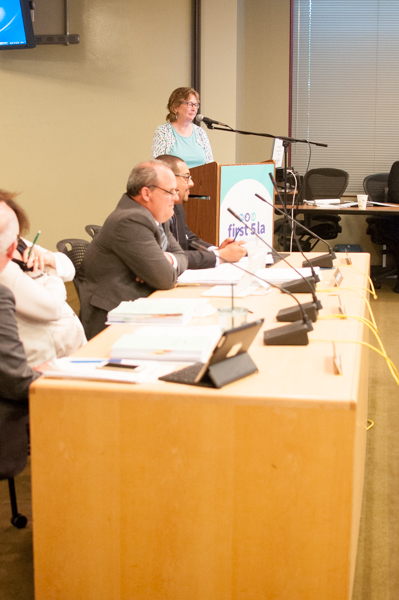 “During these presentations,” she added, “it was great to have the opportunity to ask questions and find out more details, including best practices and how staff and contractors overcame barriers and obstacles to implementing projects or accomplishing goals.”

“I enjoyed watching the public give testimony on the impact of programs – parents so grateful for services received that they were in tears!” - Suzanne Bostwick

She also recalled one specific event with fondness: “I enjoyed watching the public give testimony on the impact of programs – parents so grateful for services received that they were in tears!”

Bostwick’s service was applauded by First 5 LA leaders and other Commissioners at the agency’s May 12 Board meeting.

“I know you made an impact on many First 5 LA projects,” Board Chair and Los Angeles County Supervisor Sheila Kuehl told Bostwick.

“You have been a terrific advocate for young children and will be missed,” said First 5 LA Executive Director Kim Belshé, who heard that some staff were “devastated” by Bostwick’s departure.

“I will probably have to start a support group.” Belshé added, wryly.

Despite her departure, Bostwick said she may continue her involvement in helping children.

“I may volunteer to work on other child-related issues, but probably closer to home in Long Beach,” she said. “There are some very worthwhile local projects, and it will be important for me to keep up on key issues such as child safety and child protection.”

The Los Angeles County Department of Public Health has not yet named a replacement for Bostwick as their First 5 LA Commission alternate.

Meanwhile, a new alternate Commissioner has been appointed by the Los Angeles County Department of Children and Family Services (DCFS) to the First 5 LA Board. He will serve as an alternate for Commissioner Philip D. Browning, who is the Director of DCFS.

Nichols is Chief Deputy Director for the L.A. County Department of Children and Family Services. In the more than 16 years he has been with the County, he has worked primarily in the areas of foster care, adoptions, and mental health programs as both an attorney in the County Counsel’s Office and as an administrator at the Department of Children and Family Services. He has also played a significant role in recent efforts to provide enhanced mental health services to inmates throughout the County jails.

“When I found out I was going to serve as an alternate Commissioner for First 5 LA,” Nichols said, “I was excited to be offered the opportunity to meaningfully address issues with children at an early stage in their development and to help lay a foundation for their later success.” 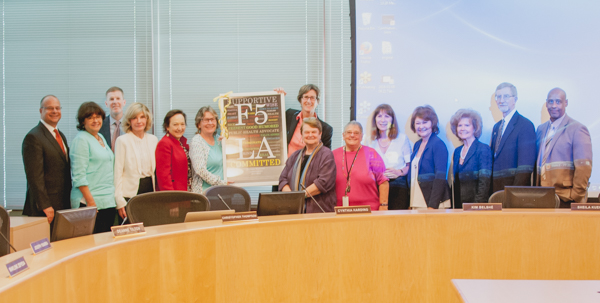