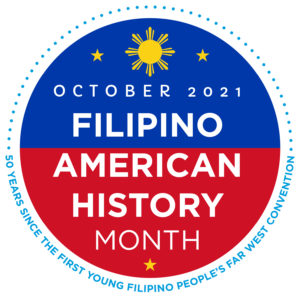 October is a significant month in Filipino American history because it commemorates the first recorded presence of Filipinos in the United States. According to the Filipino American National Historical Society, Filipinos first arrived in the United States aboard a Spanish ship that landed in what is now Morro Bay, California on October 18, 1597. When the Philippines were formerly ruled by Spain from 1565 to 1815, Spanish seafarers would often enlist Filipinos on sea voyages across the Pacific Ocean during the Manila galleon trade era.

Check out our resource bank below to learn more about Filipino American History and be sure to attend one or more of the local and virtual celebrations taking place during the month of October!

EDUCATIONAL RESOURCES FOR KIDS AND FAMILIES