“Statistically insignificant.” A Pacific Islander nonprofit director used this phrase to summarize one of the many challenges in getting support for the Native Hawaiian and Pacific Islander (NHPI) communities. This was a familiar sentiment.

From July 2019 to October 2020, I had the best hardest job. I was a partnership specialist with the U.S. Census Bureau assigned to engage Los Angeles County’s NHPI communities in the 2020 Census. I did not take this role lightly as NHPIs were identified as a hard-to-count population. At the time I was hired, I had less than a year to identify partners, build relationships, earn their trust, and get NHPIs to respond. I am not Native Hawaiian or Pacific Islander. I knew that there would be challenges in reaching them, but I also knew NHPIs ready to support me.

My colleagues and I strategized that I would focus on organizations that were not NHPI-specific (schools, businesses, local government, etc.) and that they would reach out to NHPI-specific organizations. Long Beach institutions were great resources. Long Beach Unified School District hosts Pacific Islander Voyage, monthly meetings with parents and other stakeholders to support Pacific Islander students. The Long Beach Community College Student Services coordinator was Samoan and helpful in organizing events and connections to reach NHPI students, including connecting me with the elder at the college-adjacent Church of Latter-Day Saints where NHPI student-athletes hung out. I went to rugby, football, and volleyball games throughout L.A. County to reach the parent groups. I spoke with the leaders of the two largest unions in the Port of Los Angeles who committed to the effort and referred me to NHPI-owned or frequented businesses in Willowbrook. A community member referred me to a Samoan-owned barbershop in Inglewood and connected me with a security guard company that hired a lot of Samoans. I went to choir practices, bingo, hula classes and gatherings across the county – also reaching NHPIs that have moved to Bakersfield, the Inland Empire, and Santa Clarita. I was able to find and connect with NHPIs through word of mouth. E-mail rarely led anywhere; phone calls and visits, however, went a very long way. 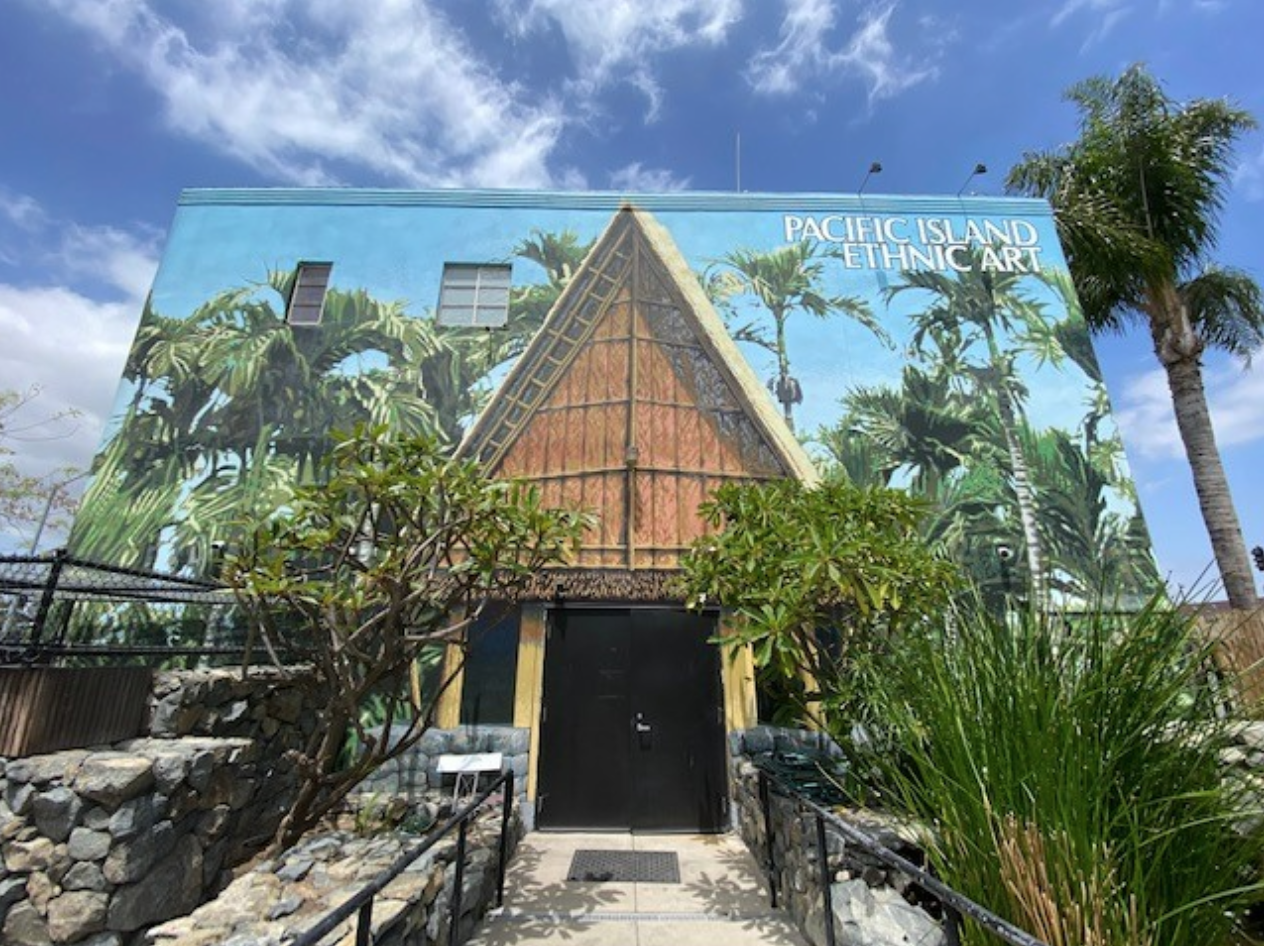 Blog author, Pilar Diaz, recounts her Census Bureau days with a return to the Pacific Islander Ethnic Art Museum in Long Beach while reflecting on the importance of going beyond the data.

I thought of the Census as community organizing for data. But I also understood the NHPI community’s hesitance to respond– what was the point? Even if NHPIs responded in record numbers, their numbers would still be low compared to other ethnic groups. Oftentimes, NHPI data was also combined with ‘Asians.’ Thus, one of the issues NHPI leaders have long advocated for is disaggregation of data so that NHPI’s needs can effectively be addressed.

I recently visited Pacific Island Ethnic Art Museum (PIEAM) to do some reflection for this blog. PIEAM was the first organization I visited and my first confirmed Census partner. When I arrived, I learned that PIEAM is participating in L.A. County’s We Rise 2022, the county-wide series of community-led events supporting health and healing. PIEAM’s exhibit focused on COVID-19, as NHPIs were greatly affected by the pandemic. At the end of the visit, I was asked to take a We Rise survey on my phone that included questions about my knowledge of L.A. County’s mental health resources as well as my mental wellness. One of the questions asked about my racial background. Whereas the 2020 Census had a box for Native Hawaiian, Samoan, Chamorro, and Other Pacific Islanders, the county survey only had White, Black, Latino, Asian Pacific Islander, and Other. I’m Filipino and ‘Asian Pacific Islander’ was the closest of the five choices given. It saddened me because I knew that making that choice contributed to blurring NHPI data.

Working with NHPIs truly brought the shortcomings of data to life for me. We need to have accurate and disaggregated data, not just data. We also need be culturally competent. The complexity of the various NHPI ethnic groups and their relationship with the U.S. Government (state, territories, treaties, island nuclear bomb testing) and its treatment of people and sacred lands have resulted in NHPI’s reluctance to trust government and access safety net services. Also, services they can access vary depending on their histories and relationships.

What I have learned in my years of community work is that those with the greatest needs are often not seen in the data. To serve NHPIs and other hard-to-count communities, we need to go beyond data sets. NHPIs are very much present in Los Angeles County.