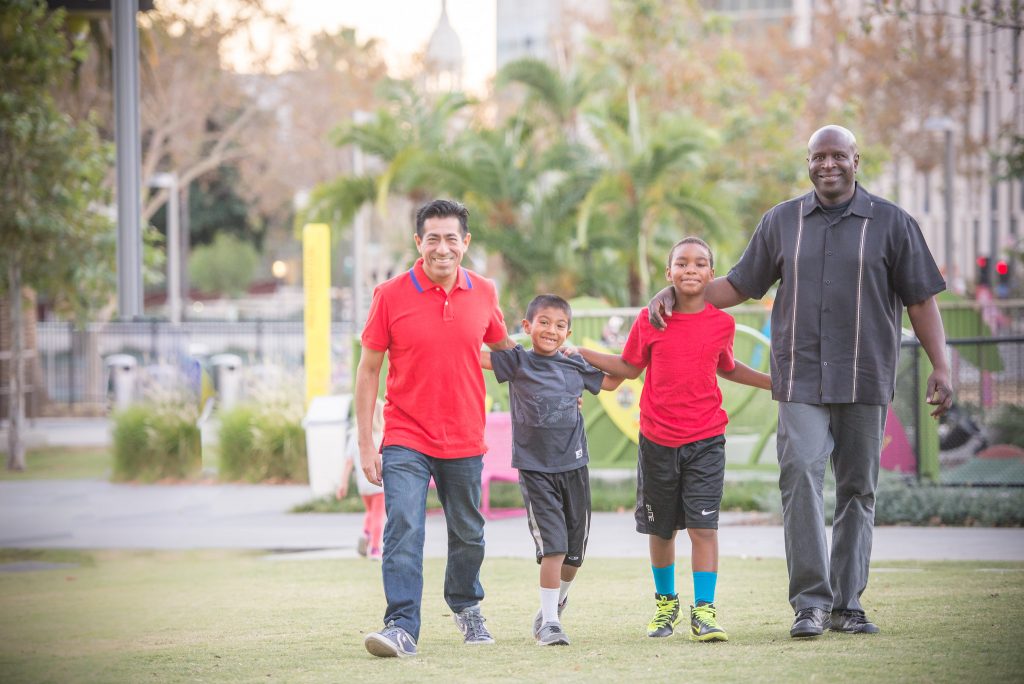 According to UCLA’s Williams Institute, over 110,000 couples falling into one or more of the diverse identities that make up LBGTQ+ are raising children in the U.S. –– and that number is expected to quadruple in the coming decade. More than 35% of LGBTQ+-identified people are raising children, and each of these families face diverse experiences and varying needs, depending on their gender and sexual expression and the avenues through which they choose to become parents, whether that be through surrogacy, biological, adoption or fostering.

But while the numbers of LGBTQ+ parents — those who identify as lesbian, gay, bisexual, transgender and queer, including intersex, asexual and other gender and sexual identities — is growing, it is a group that still lacks full legal rights and experiences other inequities, according to the American Civil Liberties Union (ACLU). And while LGBTQ+ parents featured in popular culture tend to be Caucasian and affluent — think of Neil Patrick Harris, Elton John, or Jillian Michaels — most real-life LBGTQ+ parents and their children are more likely to be ethnic and racial minorities and closer to living near the poverty line than other families. Homophobia –– especially when compounded by the racism that communities of color already face –– contributes to marginalization, and policies, practices and procedures often exclude LBGTQ+ parents as a result. Additionally:

For attorney Terra Russell-Slavin, being a parent is “hard and incredible.” And, she says,  “Being an LGBTQ parent creates added challenges.”

While rights for LGBTQ people have made great advances in recent years, and California now has legal protections for LGBTQ parents in place, day-to-day change to systems is slow. It was only 12 years ago that California voted to eliminate the right of gay peeople to marry –– a decision that was later overturned as unconstitutional in the Supreme Court in 2010.

“There is a distance between protections and lived reality, especially for lower-income people,” says Russell-Slavin, the parent of a nearly three-year-old and Director of Policy and Community Building at the Los Angeles LGBT Center. “Though legal rights are in place, LGBTQ parents’ legal relationship to their child is often questioned,” she says.  In fact, she recalls a woman who was told — illegally — that her wife had to be listed on their baby’s birth certificate as “father.”

According to Russell-Slavin, knowing your rights as an LGBTQ parent and being persistent in asserting them is important. “Your family is deserving of protections,” she says.

While systems still need to catch up to the changing reality, Russell-Slavin is optimistic about the future. “I am so excited about the shift and growing numbers of LGBTQ parents. This is a whole new generation of kids who can grow up without shame and stigma. We have the potential to shift culture and embrace difference, rather than fear it,” she says.

First 5 LA is committed to providing information and resources to the LGBTQ+ parenting community. Here are some national and LA County resources:

Los Angeles LBGT Center –– An LA-based center for LBGTQ+ youth that has resources for health and social services, including information on advocacy and education for parents of queer children.

Mombian – lifestyle site for lesbian moms and other LGBTQ parents

Our Family Coalition – advances equity for the full and expanding spectrum of LGBTQ families and children through support, education, and advocacy.