Policy Pick: First 5 Association of California Responds to the Failure of Proposition 1D 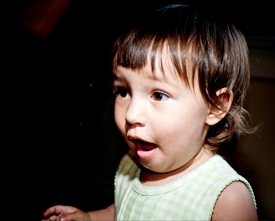 El Cerrito, Calif - The First 5 Association of California has issued a statement in response to the voters' rejection on May 19 of Proposition 1D, which would have redirected $268 million annually from First 5 commissions to the state General Fund for five years, beginning July 1, 2009.

"Yesterday's vote was an affirmation that voters place a high value on programs that serve California's youngest and most vulnerable population," said Sherry Novick, executive director of the First 5 Association, which represents the 58 county First 5 commissions. "For 10 years, First 5 commissions have provided critical services for children 0-5. They have improved early child development, ensured that children's health care needs are met, and addressed the achievement gap in our schools by helping children enter school ready to succeed.? It's clear from the election results that the public wants First 5 to continue this important work."

Also in the wake of Proposition 1D's defeat, Evelyn V. Martinez, executive director of First 5 LA and president of First 5 Association, said local First 5's were ready to address growing needs in their counties. "In light of the state's budget crisis, First 5 commissions will continue to work with local partners to meet immediate needs resulting from the economic downturn and its impact on programs for the most vulnerable families we serve."

Just last January, First 5 LA joined with other First 5's to help shore up the state's Healthy Families insurance program, which experienced increased enrollment due to the economic downturn. "First 5 commissions throughout the state are focused on how best to address the growing needs of newly unemployed and homeless families in local communities," Martinez said.