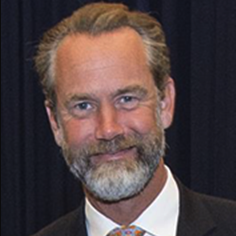 Dr. Sherin was appointed by the Los Angeles County Board of Supervisors as the County’s Director of Mental Health effective November 1, 2016. In this role, he leads the largest public mental health system in the country, serving over 250,000 clients annually in the most populous and one of the most ethnically diverse counties in the nation. He is a psychiatrist and neurobiologist by trade with a wide range of professional experience. Most recently he served as both the chief medical officer and executive vice president of military communities for Volunteers of America, an organization with a vast national network that serves a full spectrum of vulnerable clients including at risk youth and family, intellectually disabled, veteran, frail elderly and prison re-entry populations. In these posts he brought key clinical, research and systems as well as policy expertise to the organization as a whole and oversaw a massive expansion of its services to military community members, particularly homeless veterans.

Dr. Sherin is a leading authority on the care of veterans struggling with trauma and reintegration challenges. He has testified in Congress on veteran homelessness and suicide. Prior to joining Volunteers of America, he had a distinguished career in the Department of Veteran Affairs (VA) where he held various clinical, teaching, research and administrative leadership positions. In his last VA post, he served as chief of mental health for the Miami VA Healthcare System. He has also held a variety of full academic appointments, most recently as professor and vice chairman for the Department of Psychiatry and Behavioral Sciences at the University of Miami.

Dr. Sherin is an accomplished neurobiology researcher with notable achievements including his work discovering a core sleep circuit in mammals, published in “Science” magazine that garnered international recognition. In addition, he is a recipient of the prestigious Kempf Award from the American Psychiatric Association for his conceptual model of the psychotic process. More recently, his efforts have focused on developing access programs to dismantle myriad barriers facing vulnerable populations as well as methods for measuring wellbeing (and human flourishing) as an outcome.