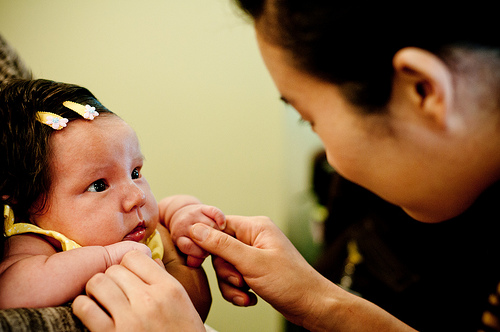 Research shows that more children are being diagnosed with autism spectrum disorder (ASD) today than 40 years ago. Although there is some debate as to why, more focus is being placed on the importance of early detection among children at a young age.

The average age at which kids are diagnosed is around 5, but recent research by the Scripps Research Institute makes a strong case for diagnosis during the very early stages of brain development. Researchers concluded that intervention during the brain's early developmental phase is essential in treating cognitive disorders.

She noted Latino and African American children are especially at risk of not being identified as having special needs at an early age, and that causes delays in intervention and treatment that affect their quality of life.

"The earlier diagnosis and intervention are done, the better the outcomes," she noted. "Early intervention can start as early as in a 12- or 18-month-old child. We're catching African American and Latino kids when they're 5 and 7 years old, and that causes a delay in early intervention services that's disadvantageous to these kids."

On a related matter, Feb. 11 is officially "2-1-1 Day" in recognition of the free, confidential, easy-to-remember phone number that connects California residents to essential community information, services and health care screenings (such as for autism).

County residents who call 2-1-1 can speak to a care coordinator for a free telephone screening, according to Project Director Patricia Herrera. "Through this valuable service, we hope 2-1-1 will be seen as a resource that parents can rely on to help their children get diagnosed early," she explained. First 5 LA has funded 2-1-1 LA County for five years, including the expansion of 2-1-1 LA County's pilot Developmental Screening program.

In 2009, 2-1-1 call centers across the state answered 1.6 million calls for help, and that number continues to grow as more Californians have access to this referral service.