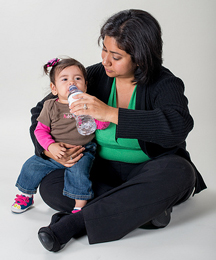 Stronger support is needed for practices that promote water drinking in child care centers, according to a new study.

The research, published in the March/April 2013 issue of the Journal of Nutrition Education and Behavior, is the first to document availability and accessibility of water in compliance with state and federal policy and accreditation standards in child care centers.

Previous research shows that the availability of water, culture of the child care center, and how the staff promotes and models water consumption can have a significant impact on development of children's health habits and future health.

They found that many centers were in violation of water-promoting policies. While water was available in most classrooms (84 percent), it had to be requested from an adult in over half of those classrooms. The researchers also found that water was available during only one-third of physical activity periods observed, and verbal prompts from staff for children to drink water were few.

"The lack of water availability during a meal diminishes its importance as a viable beverage choice for young children, and highlights a missed opportunity for centers to normalize consumption of noncaloric beverage," Kathryn E. Henderson, director of School and Community Initiatives at the Rudd Center, said in a press release.

Nearly 60 percent of 3- to 5-year-olds attend licensed child care centers, according to the U.S. Department of Education.

With more than one-third of U.S. children considered overweight or obese, the 2010 Child Nutrition Reauthorization Act aims to improve nutrition and focuses on reducing childhood obesity. The act expands access to drinking water in schools, particularly during meal times, among other initiatives.

The researchers assert that policy change is one approach for improving healthy beverage practices in child care and that support is needed to help centers meet existing water policies and new water requirements included in the 2010 Child Nutrition Reauthorization Act.

"With child care settings' strong influence on mealtime behaviors, policy guidelines should continue to explicitly mention that water may be served with meals," Henderson said. 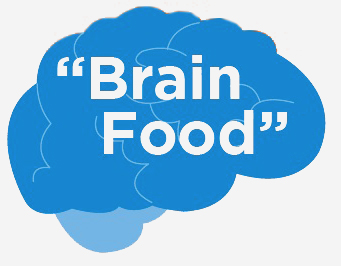 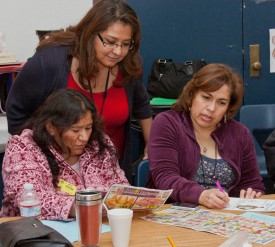