A Santa Monica councilmember from 1988 to 1996, Abdo served two terms as that city's mayor. She is the former Director of Child Development Services for the Santa Monica Malibu Unified School District.

Prior to joining the Santa Monica Malibu School District administration team, Abdo was the assistant director of the Norton Family Office and Peter Norton Family Foundation. She also served four years as council deputy for the city of West Hollywood, as director of nonprofit Ocean Park Community Organization and for 13 years as an elementary school teacher. Since 1977, she has also been the administrator of the Church in Ocean Park.

She is a long-time member of the steering committee of Santa Monicans for Renters' Rights. She served as chair of the Urban Forest Task Force in the City of Santa Monica.

Abdo has served as liaison to Santa Monica's Planning Commission, Environmental Task Force, Airport Commission, Commission on the Status of Women, Commission on Older Americans, Arts Commission and the Recreation and Parks Commission. She has a bachelor's degree from the University of California at Santa Barbara in early childhood education and has done graduate work in human development at Pacific Oaks College. 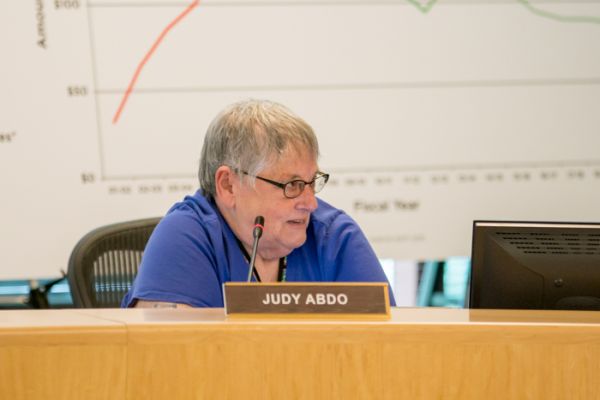