Taking a Stand – as a Child, a Mom and an Advocate

I began standing up for young children when I was only a 7-year-old child.

When I was growing up in Mexico, a young boy named Noe and his grandmother lived next to my house. His grandmother had taken custody of him after his biological mother firmly stated she didn’t want to raise him.

As a caregiver, she started hurting the child as he grew up and things became difficult for her. Noe must have been 4 years old.

One day I heard the boy screaming, asking his grandmother to stop hitting him. I could hear him through the walls of my home so it must have been very loud.

I ran to my mother and father, asking them to intervene but they wouldn’t. They said it was a private matter because she was his “mom”.

I was furious and as my mother puts it, I scolded her and my dad. “What do you mean you can’t do anything? That’s just not right. He’s just a boy.” Yet, my parents didn’t intervene.

The following day I actually witnessed the slapping as I was standing on top of the stairs overlooking their house. I started to scream, asking her to stop. “He’s just a child,” I repeated over and over again to her. Then I told him, “If this happens again, call me.”

A few months later, Noe’s grandmother asked to have a conversation with my mom. She told her she couldn’t stop thinking about what had happened. She apologized to my mom, saying that’s all she knew. That she wanted to help her grandson remember the letters he was learning at preschool and that’s the only way she knew how. But as she couldn’t forget my small figure and child’s voice asking her to stop, something changed in her.

She acknowledged she didn’t slap or hit Noe anymore. Jokingly, she said that Noe would tell her, “I’m going to call Fabi” when they both noticed she was unable to stop raising her voice.

Almost two decades later, I intervened in a situation of child labor exploitation when I saw two adults instructing a 3-year-old girl and a 5-year-old boy to ask for money so they could later take it from them. I was having dinner at a café with open air seating in the Condesa neighborhood in Mexico City. I noticed two young children selling candy and it just looked odd to me. They said it was to help their school teachers. It was 10 p.m. 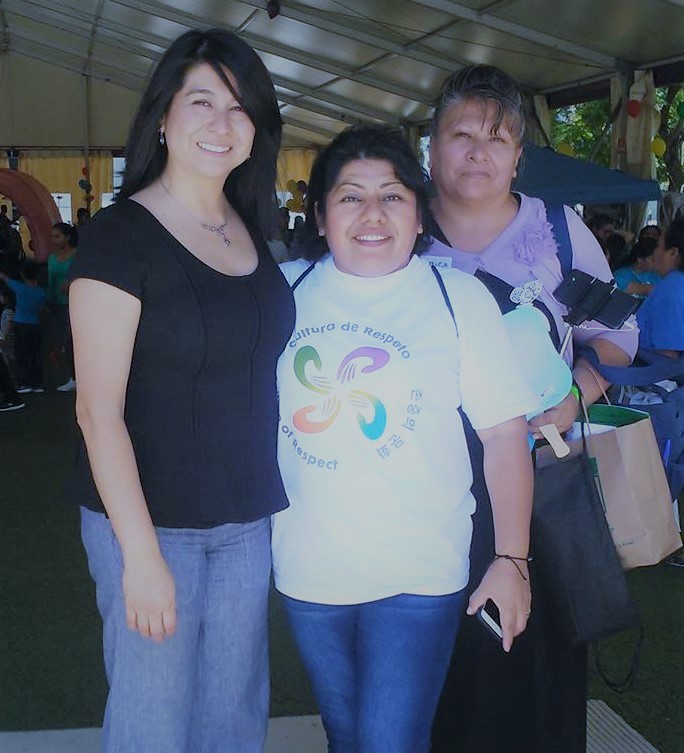 I called the police and the two adults were prosecuted for child labor exploitation. It turned out they and the children were unrelated and kept changing their stories about the kids’ parents and the reasons behind asking for money. However, it didn’t end well. This time I couldn’t change anything.

The kids were released to two custodial adults. I saw all of them the day I went to the central jail to ratify my testimony against the first set of adults. I also saw six more children in tow. This case didn’t make a dent in this larger network of child abusers.

I have come to realize that while some changes can be made one person at a time, more vulnerable children need systemic changes to keep them free from harm. We need individuals and communities’ commitment to care for our young children and their families. We also need laws that ensure children grow healthy.

Advocating for my own child has been a newfound strength. My baby and I found ourselves mostly alone when she was two weeks old as my husband had to go back to work or face the threat of getting fired. Additionally, my parents and my husband’s parents were away. My sister had stayed with me during the first precious days but had to return home in another state. I was overwhelmed.

During a routine well-baby visit, the pediatrician said the baby was fine. He turned to me and asked, “What about you? When was the last time you ate? How many hours are you sleeping?” and other questions too personal to write here.

He was concerned and explained that in his experience, horrible accidents can happen if a mother is too tired or sleep-deprived. After I explained my situation, he agreed I was everything this little one had. But he firmly stated that it was ok to ask for help. I needed to advocate for her and for myself.

You’d think that as an advocate for young children, this could be easier for me. But for a split second, it wasn’t. I recognize this is my job as a mom. I advocated for my baby and got all the help I needed. 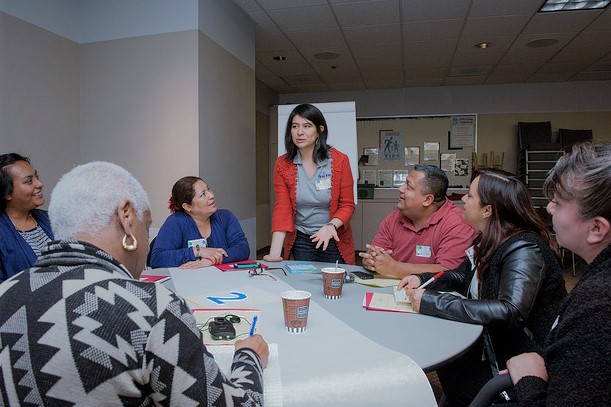 Working at First 5 LA is an opportunity to support other parents to find their voice and use it to advocate for their families and communities. In my previous role as Communications Officer for Best Start Metro LA, I heard from community members, community-based organizations and my colleagues to identify what worked best to broadcast that community voice.

From capacity building and providing support to mothers, grandmothers and caregivers, to participating in their first radio interview to writing and publishing their first stories. These projects told their story and what matters most to them.

In my current role as Community Relations manager, and as a department, we advocate as partners with parents and caregivers to elevate their voices to decision makers. We develop relationships and build partnerships with the broader Los Angeles County community to advocate for early childhood well-being & equity through policy & systems change.

We think that it takes a village of local decision makers, local civic organizations and parent leaders to advocate for early childhood well-being. We also advocate for parental and family strengthening, caring for those who take care of young children with knowledge, skills and other supports.

As a mother, I am lucky to do the work I do. I knew about resources, parenting for healthy relationships and interpersonal violence prevention before I thought of becoming a mother. But having a strong network of neighbors, friends, family, colleagues and access to services should be available to everyone, especially during the first five years.

A few days before her fourth birthday, my daughter had a very honest and direct conversation with my mom.

My mom was busy, talking on the phone and asked my daughter to be quiet with haste and a mean look. I intervened, asking both to express their needs. The little one said “Ok, I can try to be quiet when you are on the phone. But don’t talk to me like that.”

I think she already understands that her voice is powerful. And if all works out well, I will join her in advocating for those who are more vulnerable than her.