A child care worker worries she will lose income if paid family leave is extended to six months.

A Lancaster mother asks who will qualify for new child care slots.

A restaurant manager wonders who will foot the bill for paid family leave.

Even as Gov. Gavin Newsom’s 2020-21 state budget proposal has drawn praise for its comprehensive approach to give our children the best start in life, it has also drawn a fair share of questions that will likely become part of the unfolding budget discussion from parents, caregivers, child advocates and those who do business in Los Angeles County.

First 5 LA has provided this initial analysis of the budget proposal to answer some questions. Many more will be answered in the next few months as the state Legislature examines these proposals, the governor revises his budget in May, and a final budget is agreed upon by June 30.

As these considerations loom, we present this “weigh-in” from child care workers, parents and child advocates alike on a few of the key proposals — health, family leave and early learning and care — outlined in the governor’s plan that would impact California’s youngest residents and their families.

ACEs are Adverse Childhood Experiences, or stressors in a child’s life that can impact their health and opportunities throughout a lifetime.

Through the Office of the Surgeon General, Newsom has proposed $10 million in one-time funding to develop a cross-sector training program for ACEs, and for a public awareness program around trauma-informed and trauma-sensitive responses for specific sectors including early childhood, education, government and law enforcement. This will build upon the ACEs Aware Campaign that recently launched.

The proposal brought praise from a number of pediatricians and agencies who work to combat trauma in the home and in communities throughout L.A. County, including First 5 LA. 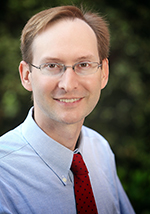 “As a Developmental-Behavioral Pediatrician at Children’s Hospital Los Angeles, I see the need for addressing Adverse Childhood Experiences to support trauma-informed care every day in my clinics,” said Dr. Douglas Vanderbilt, who also serves as an Associate Professor of Clinical Pediatrics at USC’s Keck School of Medicine. “The screening investments championed by Gov. Newsom and Surgeon General Burke Harris are commendable in beginning to highlight these problems. Expansion of necessary programs such as home visiting and mental health services is critical to supporting children who have experienced ACES. Further integration of the early childhood system of care is required to take the next step in serving those children and families that will be identified with these screening tools." 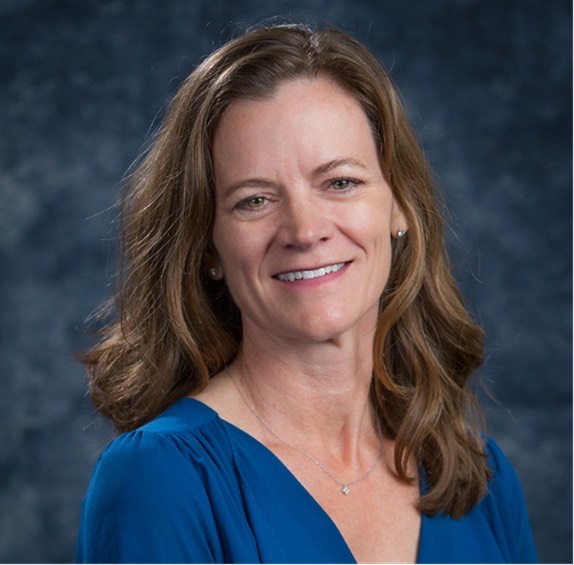 “As a provider in the safety net, I am so pleased that Gov. Newsom has chosen to focus on toxic stress and has allocated funding to support a trauma-responsive approach to child health,” said Thyne, who also serves as Professor of Pediatrics at the David Geffen School of Medicine at UCLA. “Addition of ACES to our current developmental screening practices, with provider incentives to improve uptake, is a great step in our efforts to identify and respond to the needs of children. I look forward to rolling out ACES screening in Los Angeles and to working with my colleagues, health plans, community partners, private funding, and the state to build a strong and comprehensive evidence-based response to children’s adverse experiences and developmental challenges. I am confident that success in our screenings will lay the foundation for future funding to support treatment and healing.”

“Childhood trauma has short and long-term consequences that affect our child welfare, health, education and law enforcement systems,” said First 5 LA Commissioner and ICAN Executive Director Deanne Tilton Durfee. “Training on the lifelong impact of ACEs on young children and the importance of trauma-informed responses by all members of LA County’s Child and Family services systems is critically important — a key to making a positive difference in their health, safety and wellbeing. An enhanced public awareness program will be key to the success of this effort.” 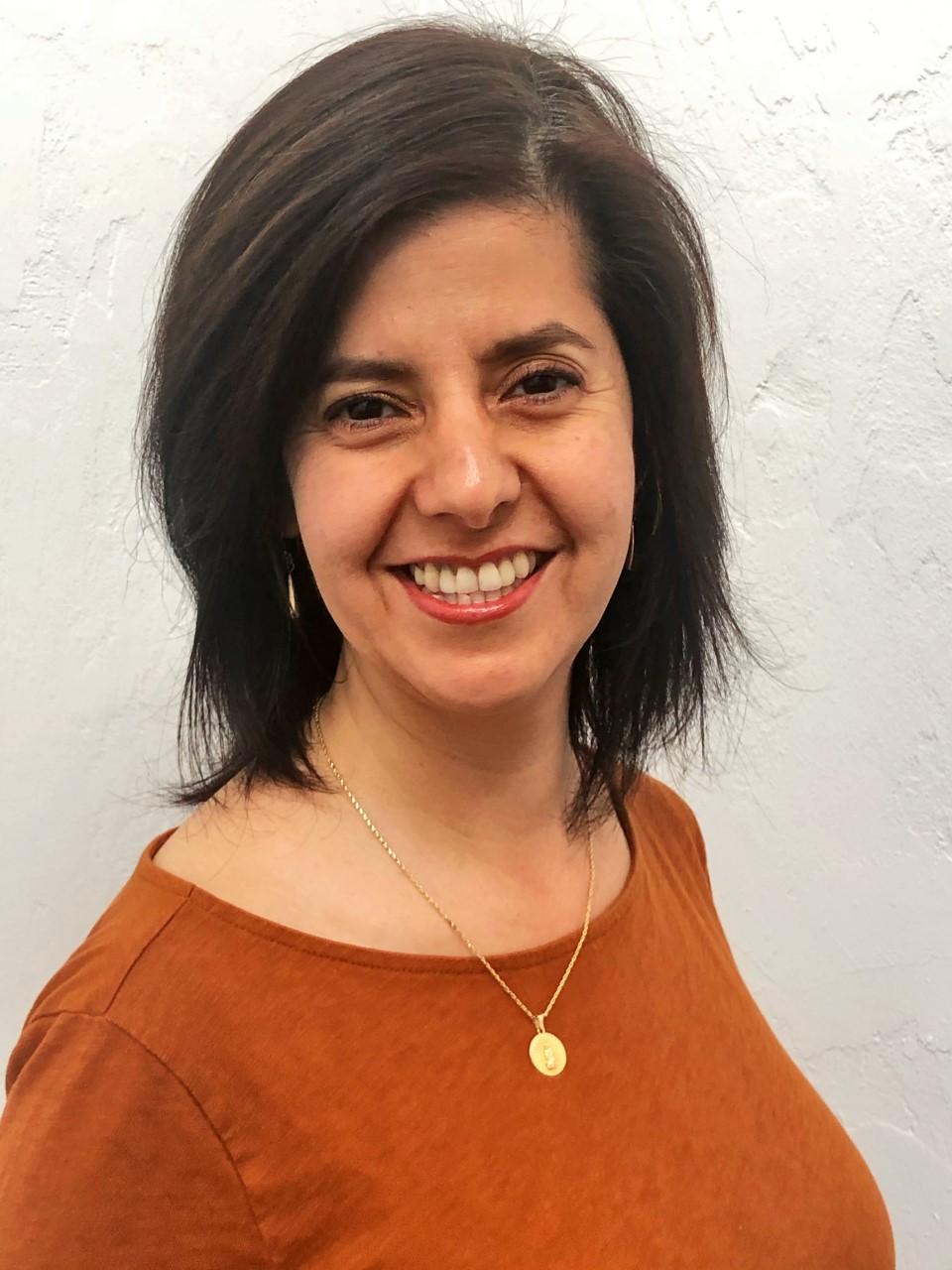 “This is an amazing and timely proposal,” said Brenda Aguilera, Director of Community Transformation at Para Los Niňos. “At Para Los Niňos, we have been working on this very thing within our Early Education Centers and Charter Schools for the past five years, building capacity in leaders, caregivers and teachers, and have been able to expand this work through a collaborative of seven organizations utilizing the Innovations 2 funding from the Los Angeles County Department of Mental Health.”

“Through these efforts, we have seen more compassionate classrooms and nurturing environments that create the safety and attachment necessary to learn and thrive,” Aguilera said. “In addition to these sectors mentioned, through our Best Start efforts, it is clear that residents are becoming increasingly aware of the systemic issues that create trauma in their communities for their children and are actively developing plans to address the systemic issues surrounding the impact of the child welfare system, illegal drug enforcement, housing and access to early care and education.”

“This investment from the state is providing a surge of energy to continue the foundational work that First 5 LA has led since 2016 in convening a cross-sector group of key stakeholders across Los Angeles County,” Jauregui said. “The group provided recommendations on priorities and approaches for trauma- and resiliency-informed systems change in the region. With increased attention and resources, we are better equipped to ensure that more children in L.A. County are screened for trauma and have greater access to the care that they need.”


Breanna Peterson, 28, was waiting for a train back home to Lancaster from Union Station in Los Angeles with her three daughters — ages, 12, 8 and 7 — when she was asked about Gov. Newsom’s proposal to expand child care access. The governor is seeking to add 10,000 California State Preschool Program slots and an additional 621 general child care slots (on top of the 3,000 that were created in last year’s budget).

Peterson was concerned about the wait… and not just for her train back home.

“Would there be a long waiting list for child care?” she asked.

And then there was the question of who can apply. 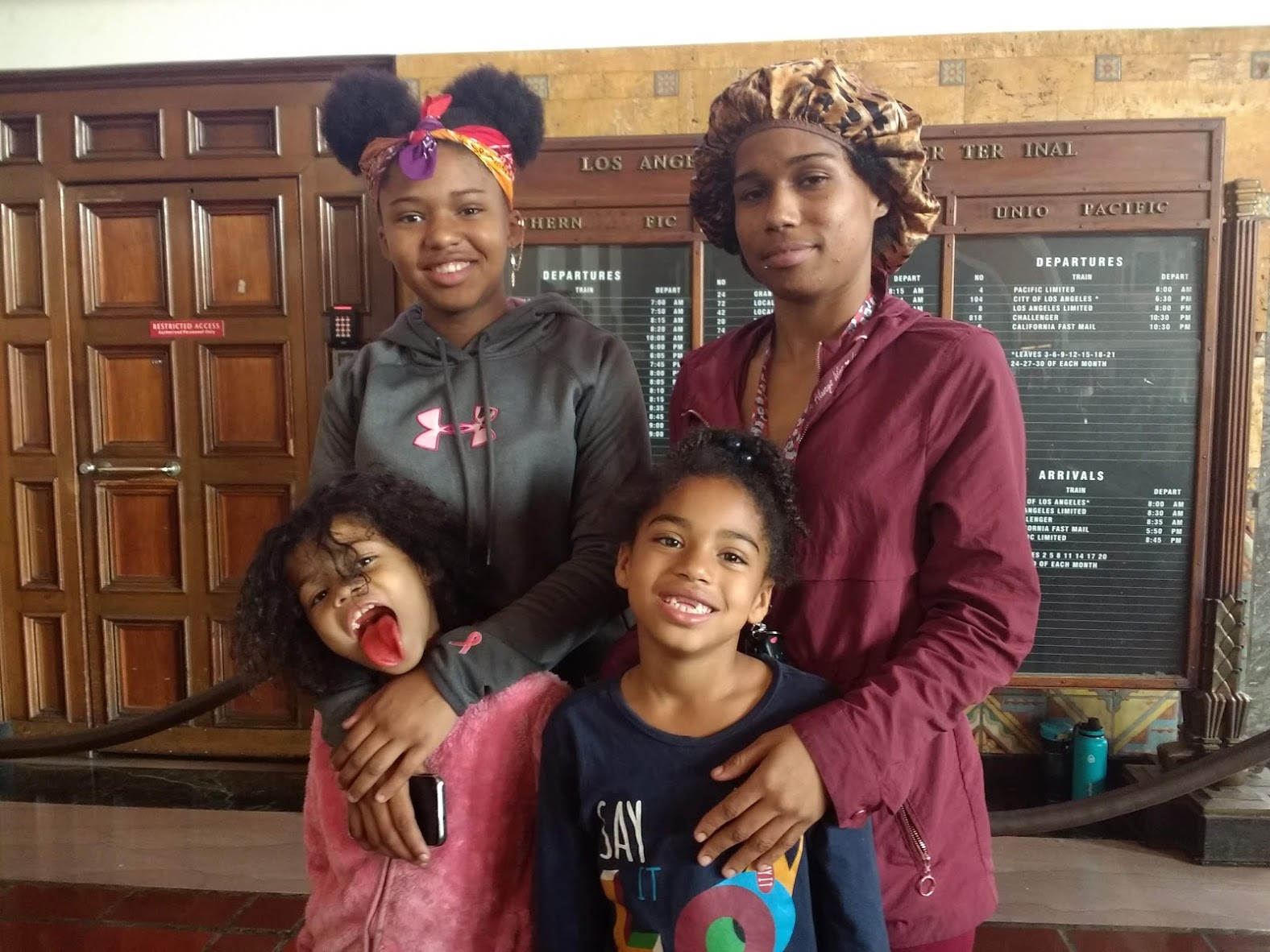 For private child care providers like Miguel Lares, the governor’s proposal has questionable benefit. As the owner of Lares Family Child Care in East Los Angeles, Lares has been providing daily care for about a dozen pre-K aged children each year for the past 11 years, without receiving any state funding.

“I think it’s a good idea for the government to put more money towards child care,” he said. “I just hope Gov. Newsom gives more money to the child care programs so we can provide better stuff for all the kids. There’s a lot of need among child care providers for supplies and all that.”

On a broader scale, Newsom’s proposal also includes expanding early learning and care facilities, including an unspecified amount of funding to support the construction of preschool facilities on school campuses, as well as $75 million to construct or modify preschool facilities to serve students with exceptional needs. 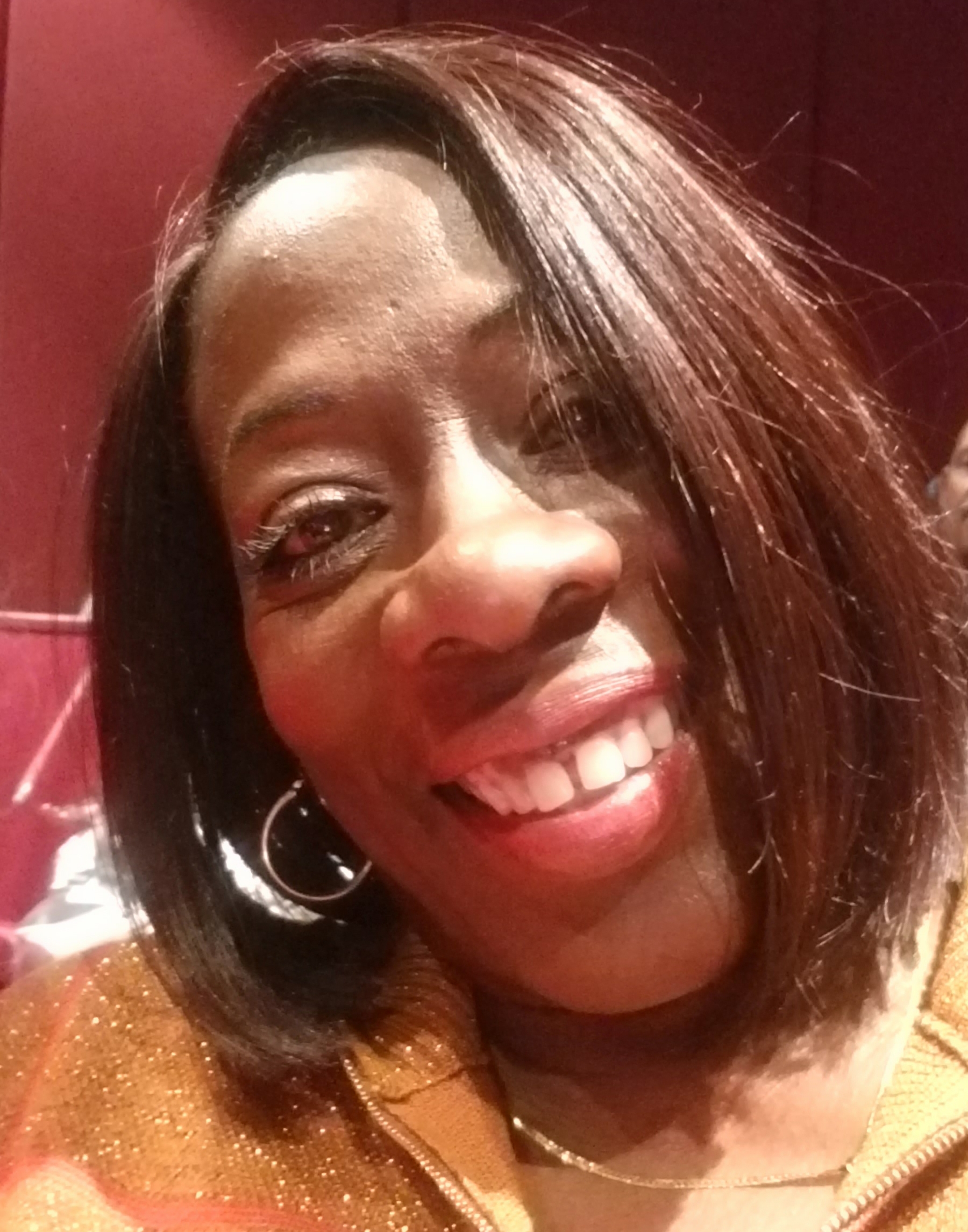 “I do applaud his effort and attempt to continue promoting early education,” said Marcella D. McKnight, an ECE consultant and co-project manager with the Early Learning Alliance in Los Angeles. “This is a positive start and is much needed to address the needs of our early learners and to continue towards promoting and increasing the quality of care provided. However, this is, as my mom would say, ‘only a drop in the bucket.’ The early education proposal clearly looks at serving the community with additional slots and supporting facility improvement, but there is no clear indicator to address the incentive and financial need of the early education workforce force, especially in the non-profit sector. Thank goodness for First 5 who will advocate for some of the $900 million which it has been said ‘is likely to be focused on K-12.’ There should be an intentional focus in the proposal strictly for the early education workforce. If research has concluded the 0-5 years are the years when most learning occurs, isn’t it time to get behind the educators who support and promote this learning period? Now, that would be increasing quality of care for children and for those working in the field.”

When it comes to teacher training, Child 360 Chief Research Officer Dawn A. Kurtz complimented Newsom’s budget proposal for taking a step in the right direction. 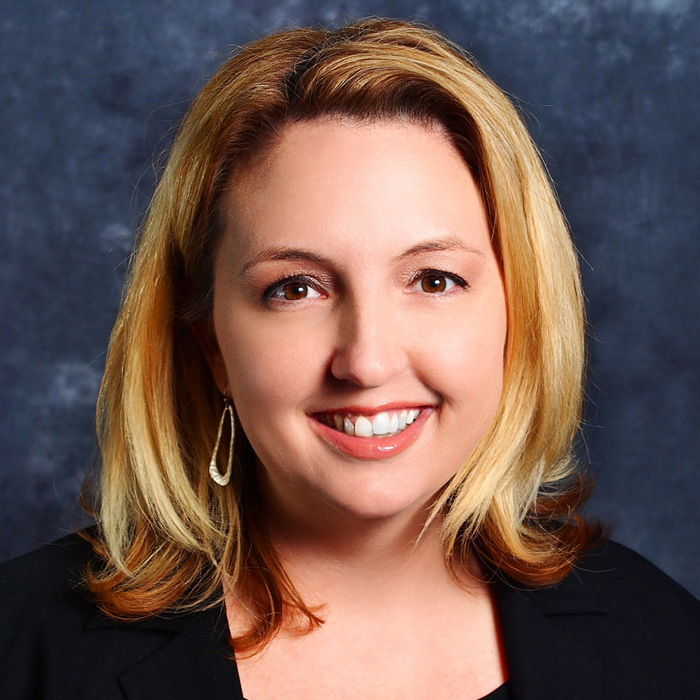 “Governor Newsom’s budget proposal outlines investments in access and facilities, which are important elements to strengthening the early learning system in California,” Kurtz said. “At Child360, we believe in a comprehensive approach that also includes significant investments in developing a well-trained workforce. We’re encouraged by the allocation of $10 million for trauma-informed trainings for early educators. We believe this is a step in the right direction to ensure our early educators have the tools they need to support children in becoming happy, healthy and ready to learn.”

The Governor’s 2020-21 budget proposal continues to make progress toward his vision that all parents and caregivers have access to 6 months of paid family leave. In addition to reaffirming his commitment to expand the current paid family leave program from 6 to 8 weeks beginning July 1, 2020, the Governor proposes to expand protections to employees of small businesses so more working Californians can benefit from the program.

Martha is a 20-year veteran caretaker of young children who left retirement recently to return to work as a nanny. For the Los Angeles resident, Newsom’s proposal to extend paid family leave from eight weeks to six months for both mother and father to bond with a newborn is a double-edged sword.

“For me, it’s as important to stay working as it is for the parent to be with their newborn baby,” Martha said. “So that proposal would be bad for me at first because I wouldn’t be working for six months after a baby was born. But then after the baby is six months old, I would go to work with them. Then it’s good for me.”

Then there’s Courtney, an L.A. mother of a 20-month-old rushing to buy baby food, diapers and baby wipes at Target during her lunch break from work downtown. To her, six months of paid family leave sounded like a dream.

“I think it’s great. It’s important that both mother and father are involved in the early stages of a child’s development,” Courtney said. “And frankly, after having a baby, it’s a little tiring. It’s good to have the dad around helping out.”

Pete, a manager of an L.A.-based eatery, peppered his thoughts on the six-month family leave proposal with a few questions and a hint of mistrust. 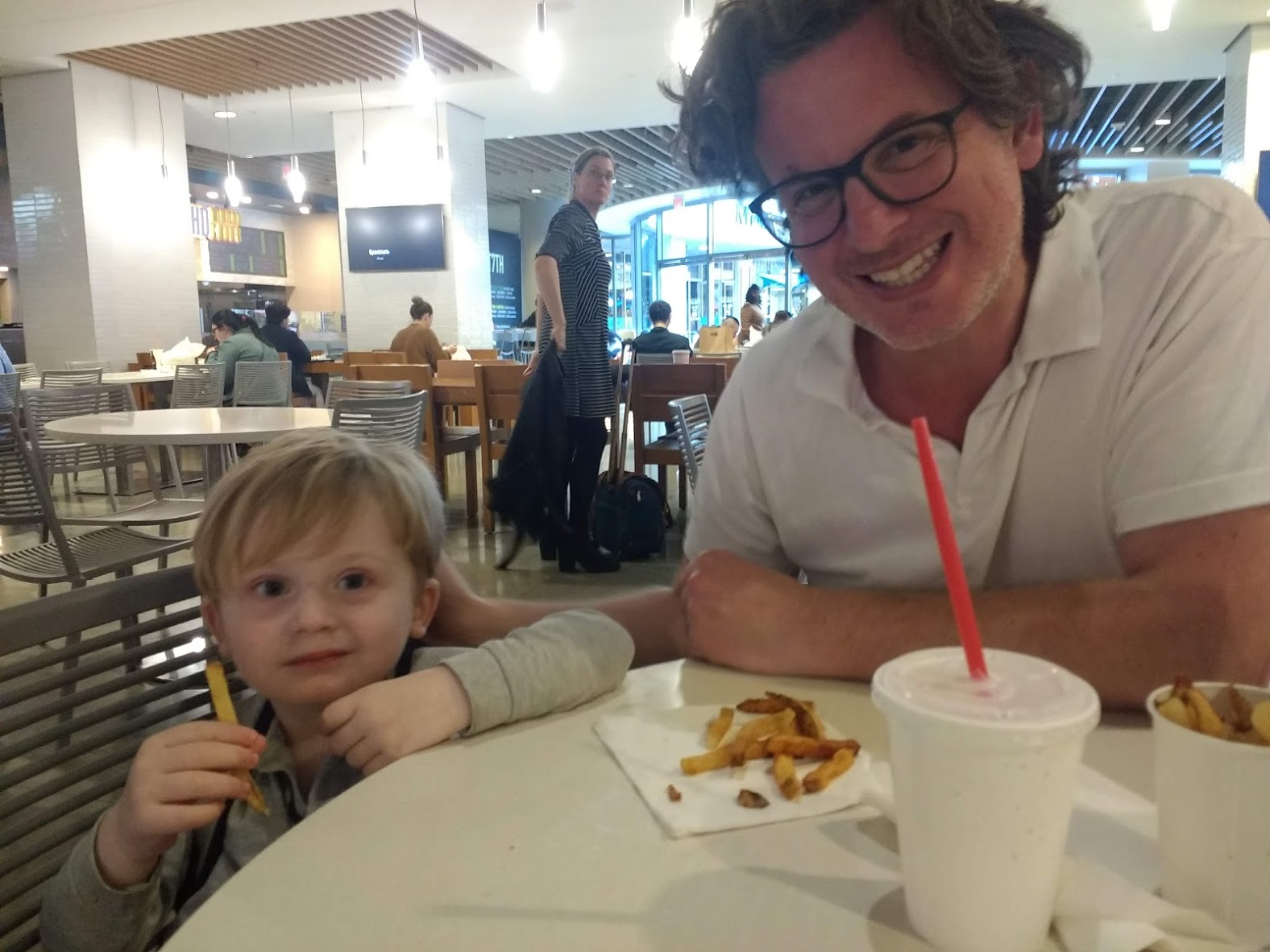 “Can they take the leave all at once or at the same time?” Pete asked. “The last job I had, they had three months’ paternal leave that could be broken up — one month off, one month at work, and so forth. And is the company paying for the time off or is state disability under the Family Medical Leave Act?”

Pete’s eyes then narrowed in suspicion. “What if someone goes out and gets a job for a week because they’re pregnant, just so they can be out of work – and get paid – for six months when they give birth? People are always looking for a way to beat the system.”

The eyes of Richard John, on the other hand, widened in disbelief when told of the eight weeks of paid family leave available for parents to care for newborns in California.

Sharing a bag of “chips” with his 2-year-old son, Rueben, in an L.A. food court, John was on a monthlong working trip with his wife from their native England. In that country, eligible mothers can take up to a year of family leave following the birth of a child, up to 39 weeks of which is paid. Eligible fathers get two weeks of paternity leave or can share a portion of the mother’s year-long leave.

“I recognize there’s a lot of pressure these days from employers,” John said, “but eight weeks is nowhere near enough time to bond with your child.”