First 5 LA Helps Get Food on the Road to L.A. County Families

There’s no question that COVID-19 has complicated necessary errands like supermarket trips for almost everyone. But for many low-income communities, grocery shopping is now not just complicated — it’s a real problem.

That’s why First 5 LA stepped into its role as a convener to connect LA Metro, which operates public transportation in the Los Angeles metropolitan area, with Para Los Niños, a nonprofit that supports First 5 LA’s community capacity and network initiative known as Best Start in the Central Los Angeles area. Working together, the two organizations launched a free program that delivers food and essentials such as diapers directly to the homes of low-income families.

The project got underway last month with 33 families and proved so successful that a proposal to expand it to all five of First 5 LA’s Best Start regions around L.A. County is now under consideration by LA Metro.

“COVID exposed holes in our networks. A lot of counties and cities are putting out services and resources, but people don’t have a way to receive them,” said Debbie Sheen, First 5 LA program officer who headed the project. “Help wasn’t actually getting into the hands of the people who needed it.” 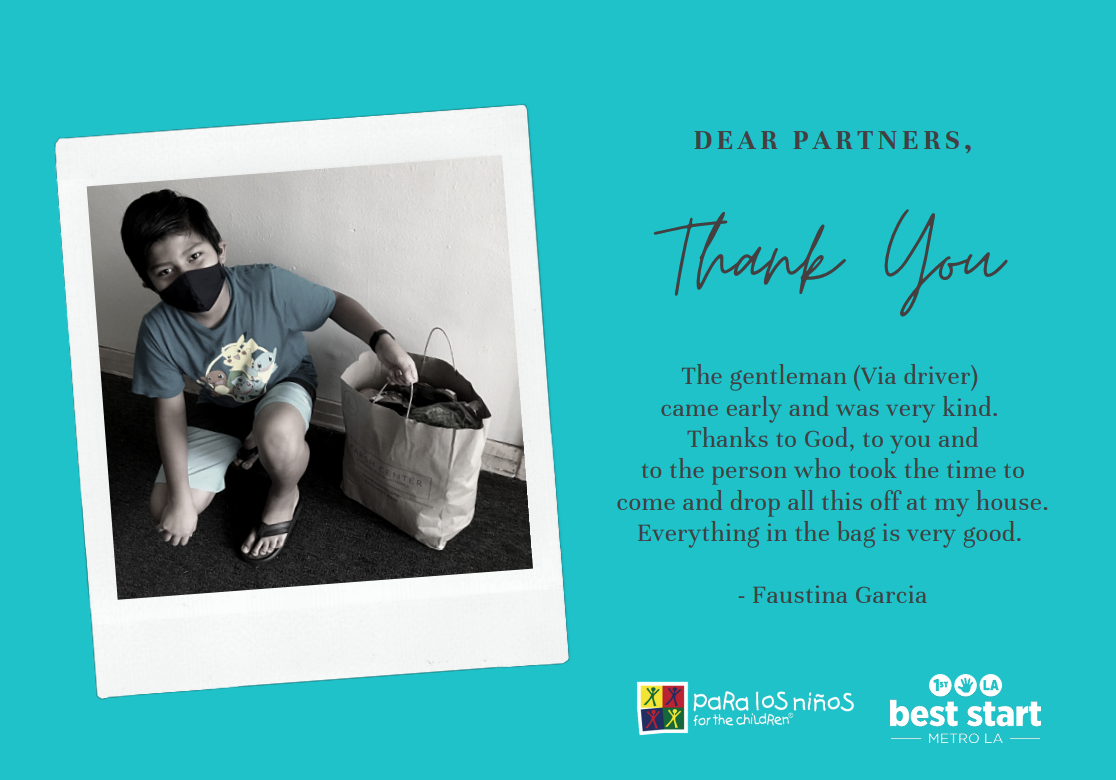 The issue is not the availability of food, but access to it. Grocery delivery emerged as the top priority in a COVID-19 community Urgent Needs Assessment carried out by Para Los Niños. Baby items, sanitary/hygiene supplies, shelf-stable food, school supplies and transportation were other critical needs.

Many vulnerable families live in “food deserts” and must travel a distance to supermarkets that offer lower prices than neighborhood corner stores. Those who live in those communities and don’t own cars normally rely on buses and trains to go shopping. But they’re now fearful of using public transportation due to the risk of exposure to the highly contagious coronavirus. Many have also lost jobs and childcare, further complicating their dilemma.

“We heard story after story of the extreme hardships that families who don't have reliable transportation have to go through to try to access food,” said Brenda Aguilera, director of community transformation for Para los Niños.

One mother arrived at a food distribution event with her newborn under two-weeks-old and didn't have a stroller. She had to figure out how to carry the baby and grocery bags back home, which was not nearby. In other instances, parents use strollers to transport groceries, while their toddler has to walk home alongside them. 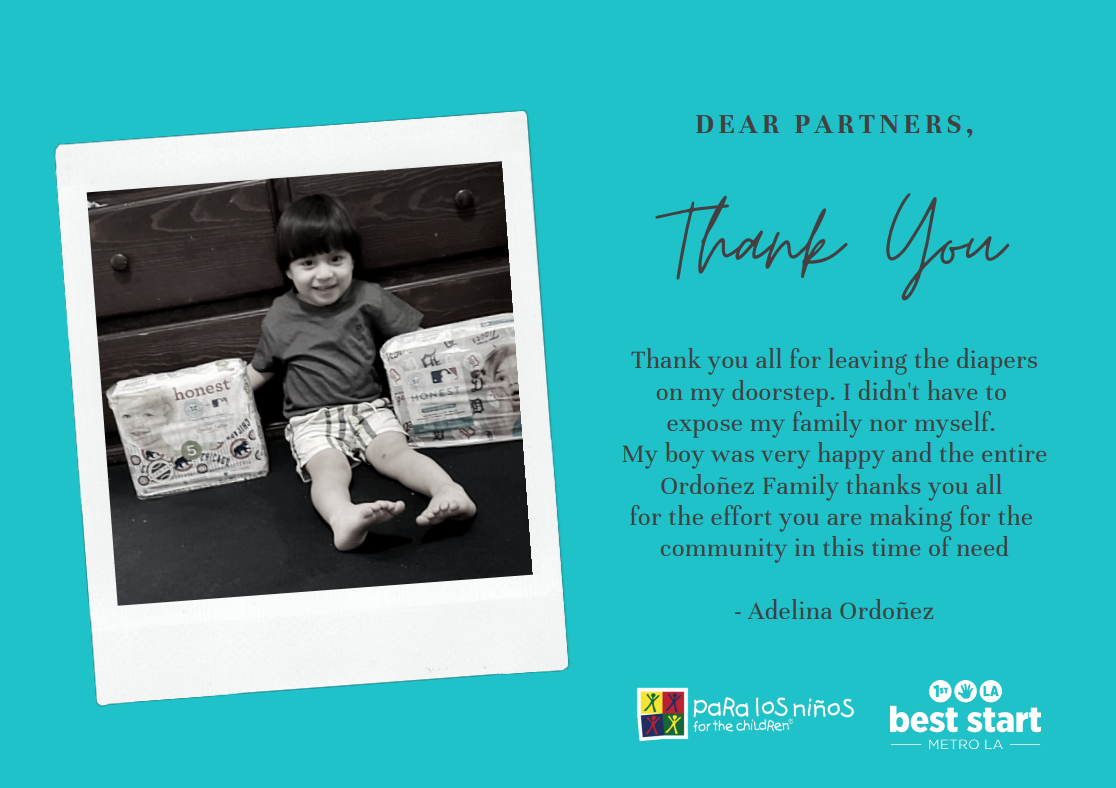 After seeing this increasing need, Sheen reached out to LA Metro’s Office of Extraordinary Innovation. “We were trying to envision how to provide transportation for food,” she said.

LA Metro officials spotted a new use for their new Mobility on Demand (MOD) service, which is provided by Via, an Israeli-based company that operates an app-based ride-sharing service similar to Uber and Lyft, but at a much lower cost by having one vehicle transport several passengers at a time similar to a shared taxi.

LA Metro had a Via pilot project underway in low-income areas to provide “first and last mile” transportation from people’s homes to light rail stations and vice versa as a way to promote ridership. But due to the lockdown, the service was being vastly underutilized, said Avital Shavit, senior manager of transportation planning in the Office of Extraordinary Innovation. “We looked at our surplus resources and network to help Best Start out and deliver food,” she said.

Para Los Niños signed up 33 families in First 5 LA’s Best Start network who were in dire need of the service — including single-parent households, households with an ill or virus-vulnerable family member, and families without resources to buy food — and arranged for the boxes of donated food and diapers from local food and diaper banks. The Via drivers picked up the packages and delivered them to the grateful families. 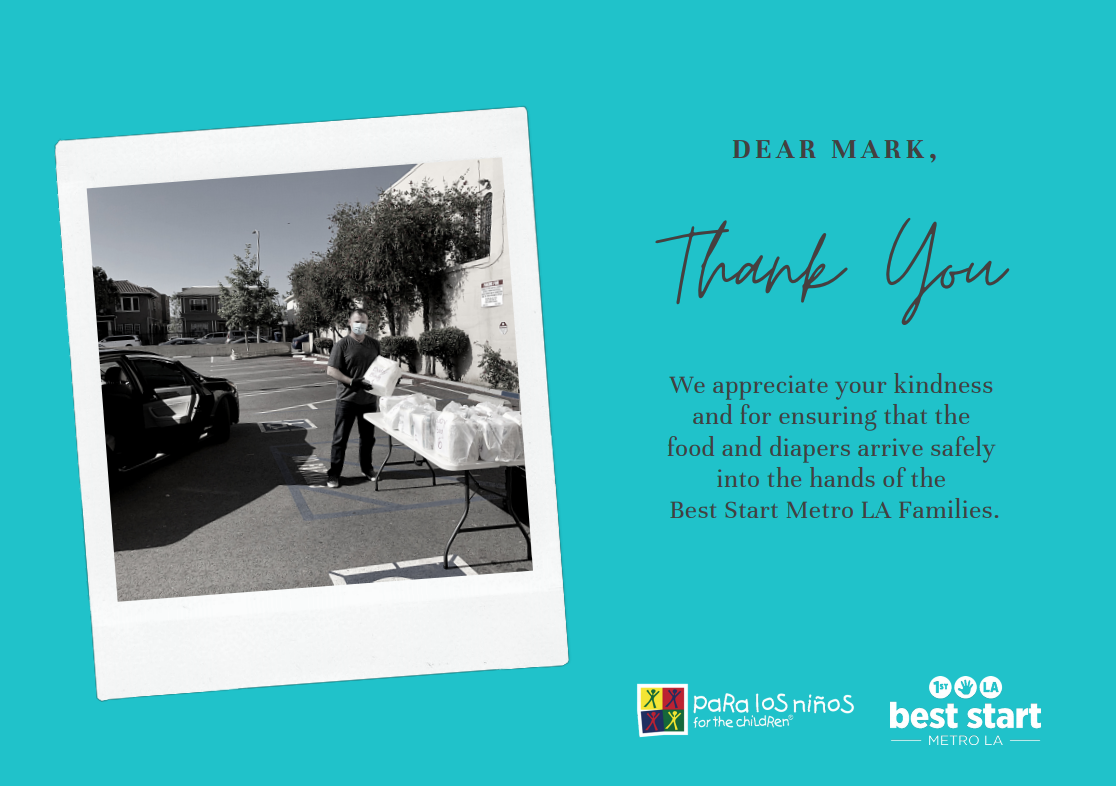 “I didn’t have to expose my family or myself to the virus,” said Adelina Ordoñez, who received several packages of diapers on her doorstep for her toddler. “My boy was very happy.”

The program is now set to expand substantially. As part of the proposal recently approved by the LA Metro board, Via drivers will make up to 750 deliveries a week throughout the five Best Start regions at a monthly cost of $35,750 for the next seven months.

The service will not entail additional expenditure since LA Metro had already appropriated funding for the MOD service, but the budget was not being utilized due to the drop-off in demand under stay-at-home orders, the proposal stated. 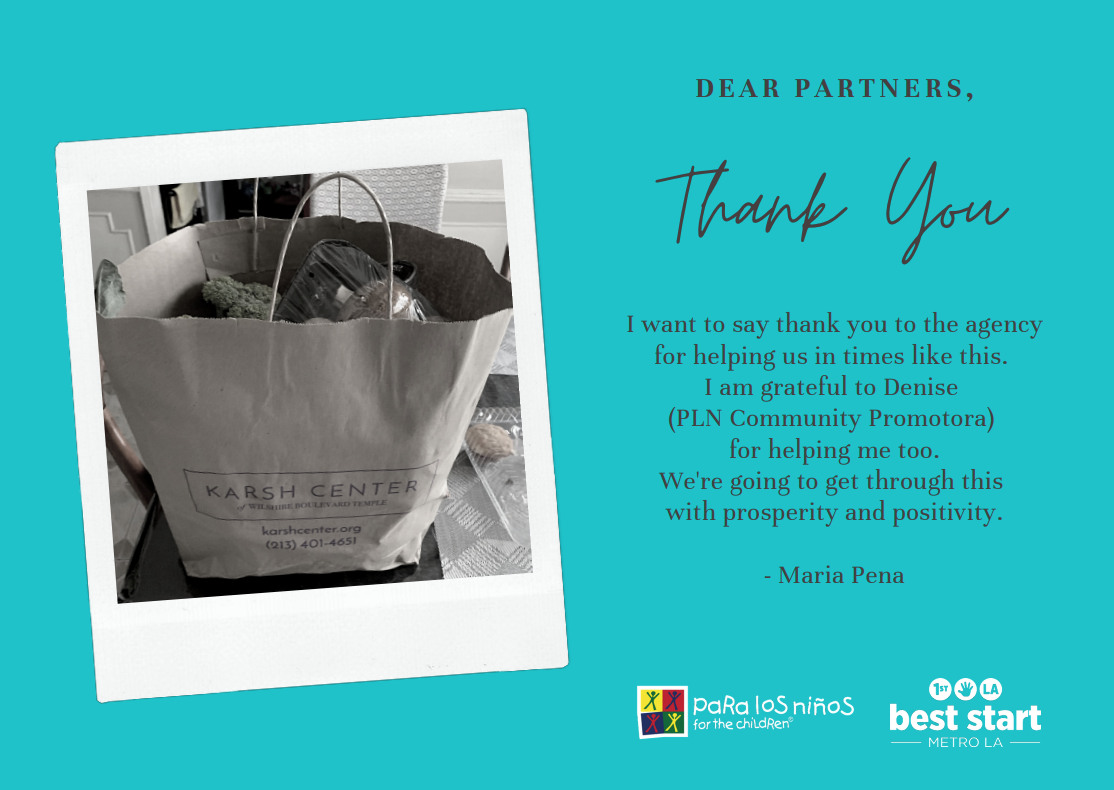 Colin Peppard, LA Metro’s senior director of public-private partnerships and innovation, said the delivery program also provides a way for low-income people, who generally lack access to ride-sharing platforms, to benefit from new transportation technology. “It’s not an original idea to blend packages and people in a service, but it gives our office a broader understanding of how we can make an app-based service work in the Los Angeles County area,” he said.

In another step to solve the issue, Para los Niños has partnered with 11 organizations across the region that will serve as essential-item distribution hubs in neighborhoods with the most need, allowing residents to walk to pick up their packages. That program serves approximately 3,200 families per month, Aguilera said.

Maria Luisa Flores said she was thrilled with the delivery. “The driver was very nice and helped carry my bag up to where I live,” she said. “And he spoke Spanish.” 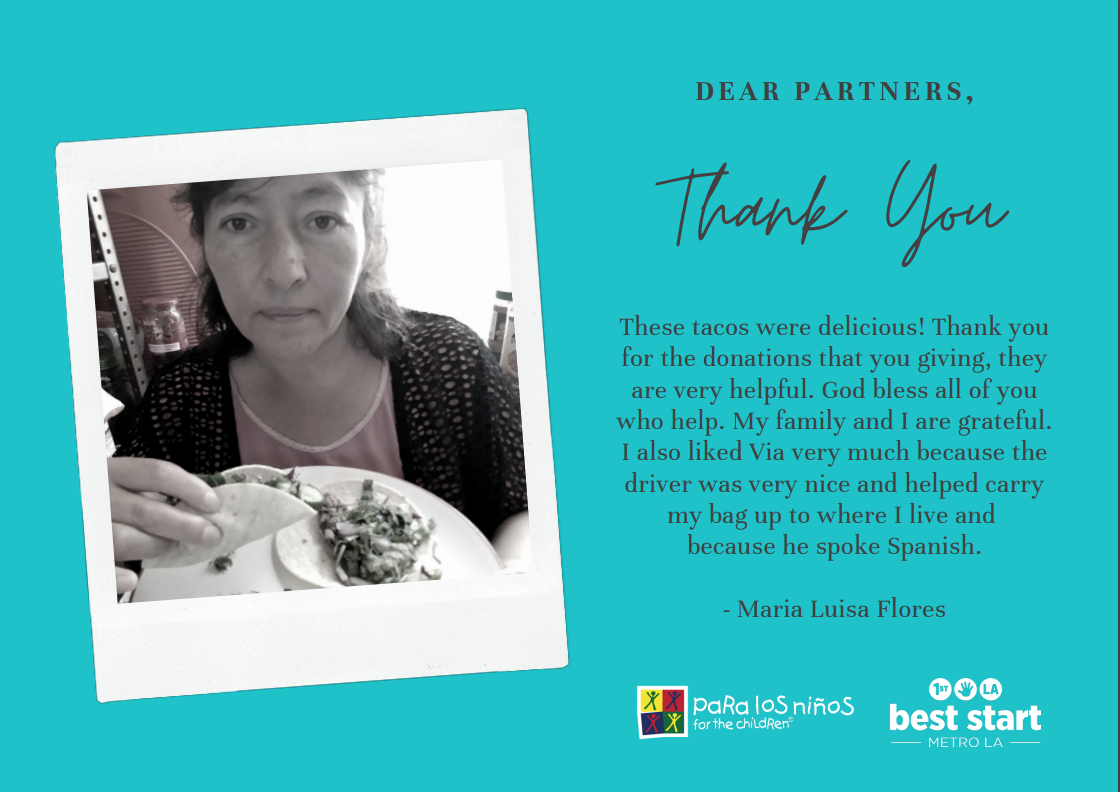