Can Child Advocates Capitalize on Sacramento’s Rise in Parent-Lawmakers?

Becoming a parent certainly changes your family dynamic and forever alters your perspective and priorities; but it’s not a requirement for caring deeply about children’s futures.

Making systems work better for children and families is gaining momentum in California – underscoring how the collective strength of parents, caregivers, lawmakers, stakeholders and advocates will drive brighter futures for all kids.

Consider the changing context: The San Jose Mercury News reported in 2017 that there are now twice as many lawmakers with children who are school-age or younger than there were five years ago — such as State Assemblymembers Ian Calderon (D-Whittier), Miguel Santiago (D-Los Angeles) and Buffy Wicks (D-Oakland). And while not elected, the freshly sworn-in Secretary of the State Senate, Erika Contreras , has a toddler of her own. 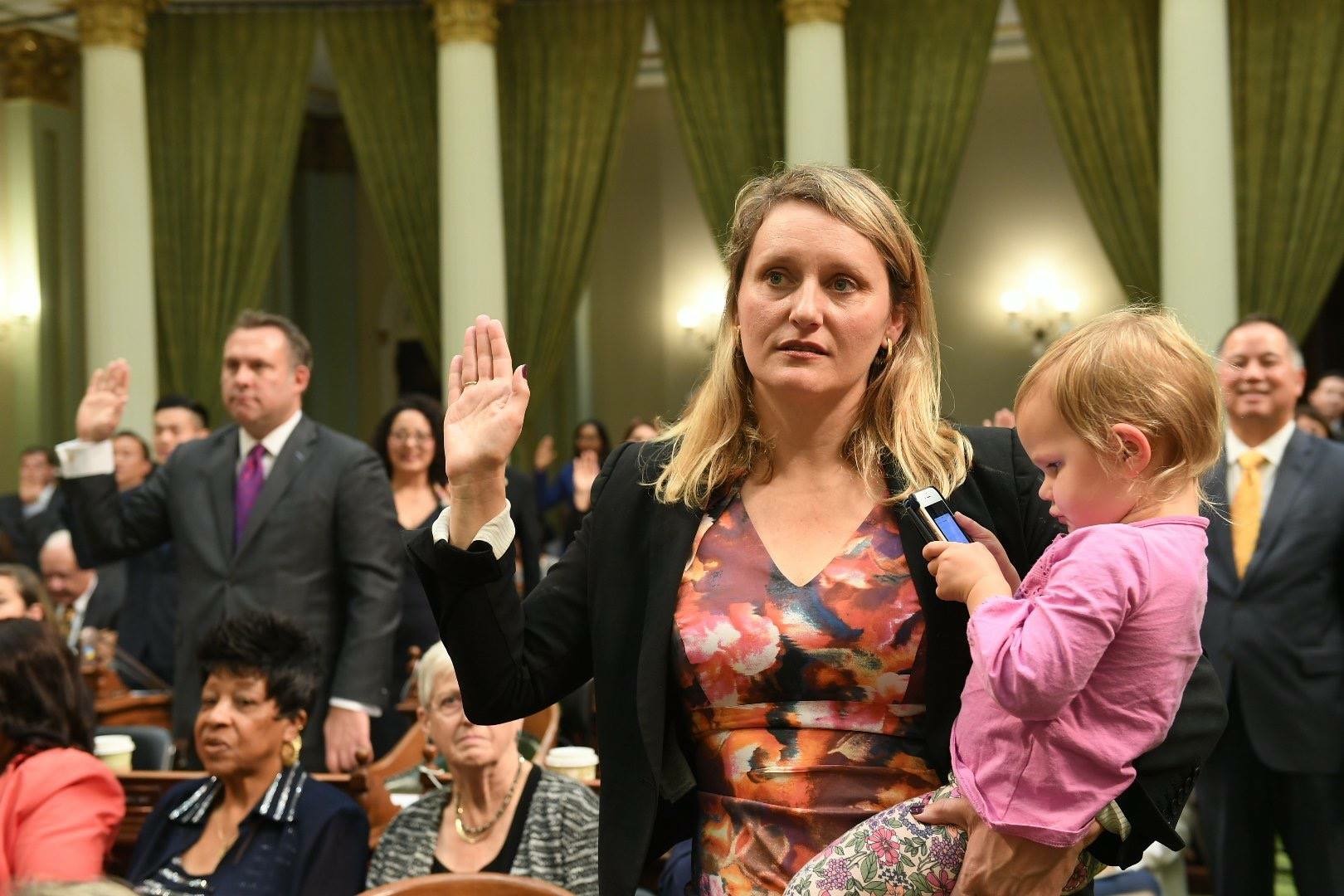 And now California has a new leader in Sacramento — Gov. Gavin Newsom — with four kids under 10 running around the Governor’s Mansion: 2-year-old Dutch, 5-year-old Brooklynn, 7-year-old Hunter and 9-year-old Montana.

This is good news for us all. Not only do parents who also happen to be legislators — like Assemblymember Lorena Gonzalez (D-San Diego) — bring their personal experiences to the laws they champion, but we can seize opportunities to advocate for those who cannot do so for themselves: California’s young children.

Witness our new governor’s budget and policy proposals along with his appointments to key positions that will serve to propel early childhood development in California.

In addition to Dutch stealing the show at his father’s inaugural, to see so many children in the arms of parents being sworn into the State Assembly and State Senate has been a wonder to behold and a reason to ask if our child-rearing lawmakers can help advocates in their lobbying efforts this legislative session.

Stanford’s recent Getting Down to Facts II report illustrates both the challenge and opportunity we collectively face: families’ lack of access to affordable, quality early learning experiences has a detrimental effect on children’s achievement in the K-12 system.

Can Gov. Newsom’s talk of “cradle to career” solutions re-position education as a lifetime pursuit and ready our children for success?

It will take continued work by advocates to build upon what the State Legislature has done recently to arrive at an answer.

In the past two years alone, state lawmakers championed a bevy of new laws intended to help parents with young children. They expanded new parent leave protections, prohibited early care and education providers receiving state subsidies from expelling a child from their programs, established the Lifting Children and Families Out of Poverty Task Force which recently released a comprehensive plan for data-driven programs to significantly reduce California’s child poverty rate, and approved more than $1 billion last June to fund services, systems and supports for young children – clear indications that the future of our children is on our lawmakers’ minds.

These efforts were supported by organizations, leaders and advocates working together to further public policy that puts children first.

Or, as Gov. Brown put it: Advocates were “numerous, cordial and convincing” when pushing for young children to be prioritized in budget and policy decisions.

As a parent, I know our priorities favor our children’s safe, healthy development, and whatever it takes to give the best we possibly can — we just do it.

As a veteran of California politics and public affairs, I also know that kids are not the only important issue on the minds of State Capitol lawmakers.

However, just as conversations with grandparents, aunts, uncles and close family friends stimulate best-practice parenting; ideas can convert to action when we connect with the parent in the lawmaker.

This and my experiences as a stay-at-home dad helped me catalyze change for California parents. When in stores and needing to change my daughter’s diaper – even where baby products were sold – men’s rooms lacked changing tables and stores were void of family restrooms. 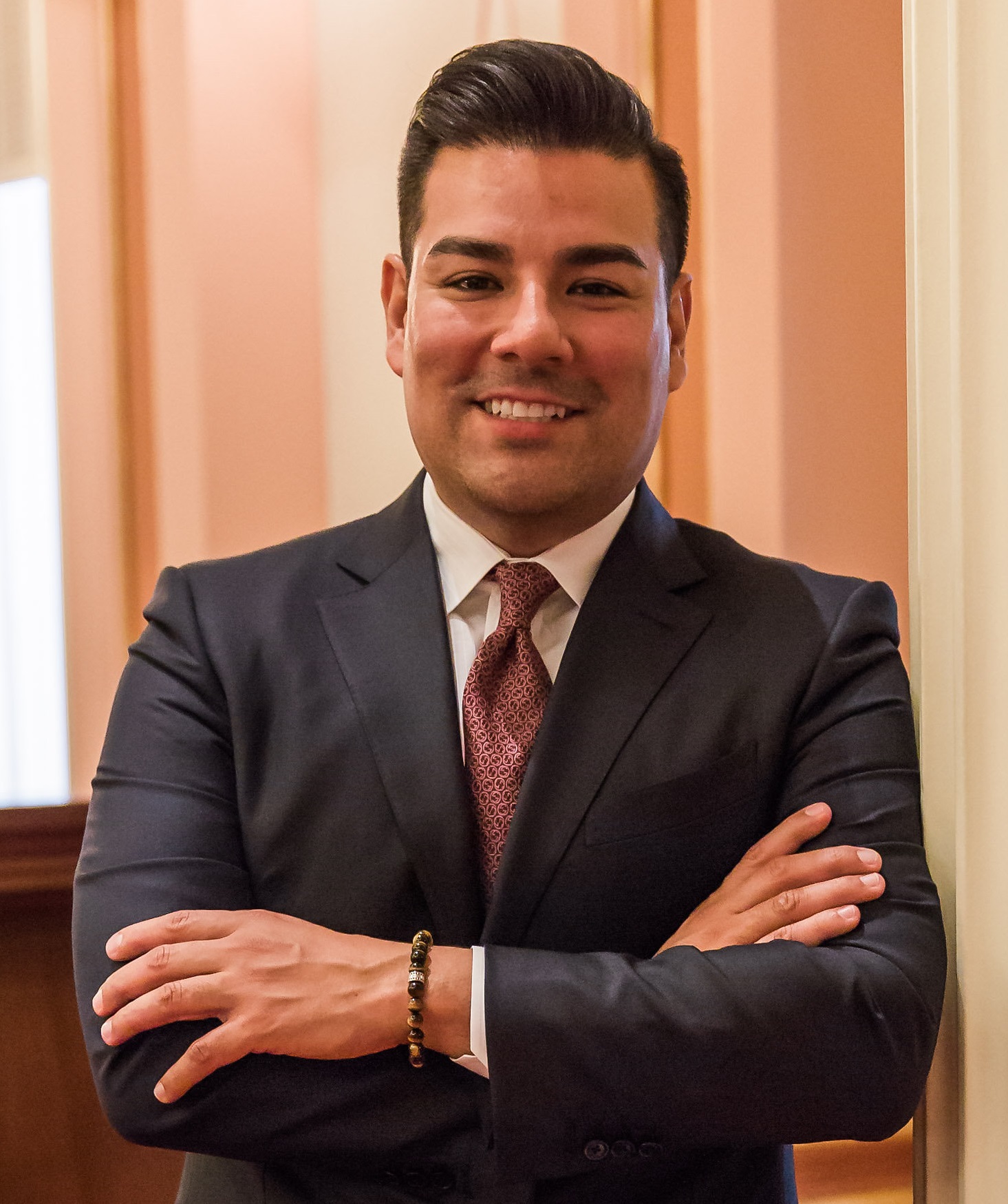 That led me to help then-Assemblymember Ricardo Lara push legislation to require diaper changing tables in men’s restrooms, ultimately resulting in a new state law in 2017 by Assemblymember Ian Calderon – whose then-infant daughter was still in diapers. Today, California’s public and business establishments must have at least one diaper changing station available to men and women.

Another former colleague wanted the accent mark in his son’s name to appear on his birth certificate. State law then prohibited dialectical marks. He fought for policy change and now California’s parents can honor their families’ cultures properly.

The point is, if you’re tripping over an issue, so are others.

With the rise in number of parent-lawmakers, and a governor with young children of his own, advocates have a golden opportunity to enlist parent- and parent-minded lawmakers to make systems work better for families and boost children’s opportunities for success later in life — which ultimately benefits our economy and our society.

Gabriel Sanchez is a 20-year veteran of California politics and public affairs.