A First for First 5s: Advocating Together in D.C.

The voice of an organized group is powerful — especially if you represent the children and families in each of the 58 counties across the state of California.

For the first time in First 5 history, representatives from nearly two dozen First 5s traveled jointly to Washington, D.C. for the inaugural “First 5 D.C. Advocacy Trip” to speak with one First 5 voice. First 5 LA was joined by First 5 California, the First 5 Association and other First 5 commissions from the counties of Fresno, Orange, Alameda, San Mateo, San Diego, Contra Costa, Placer and San Bernardino. 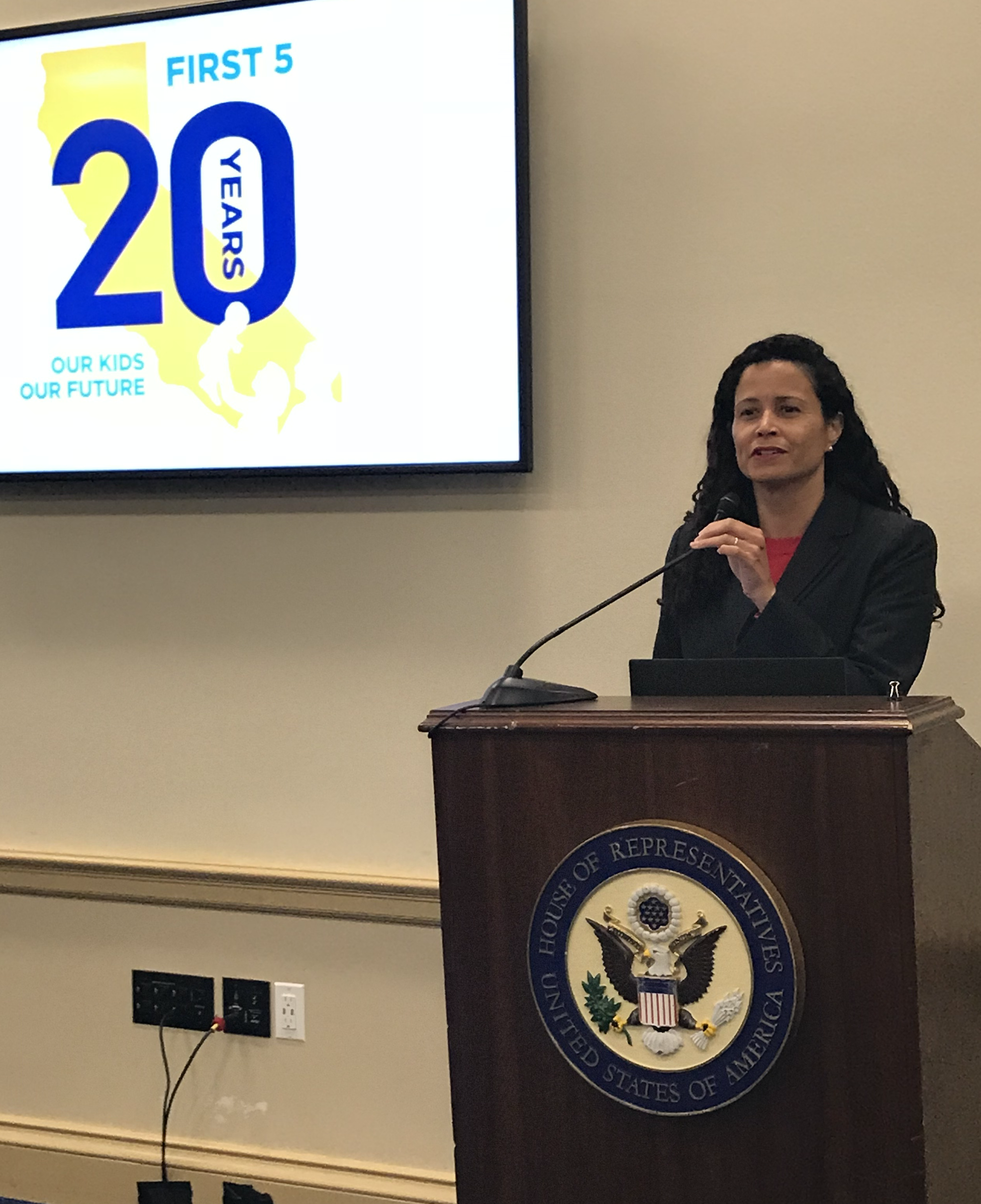 The First 5s showed up as a network to advocate for policies that benefit early childhood, help inform policymakers on how their federal decisions directly impact the communities they represent, and talk about First 5’s innovative work in helping children and their families in the two decades since the passage of Proposition 10 in 1998.

While First 5 LA is not new to federal advocacy efforts — as it is a pivotal part of its policy and systems change strategy — this year it was instrumental in coordinating with the First 5 Association to bring other commissions to the nation’s capital. Over the course of two days, the First 5 representatives engaged in a series of congressional meetings, a reception at the Capitol honoring the First 5 20th anniversary, and roundtable discussions with key partners.

From California's sprawling urban counties to its rural regions, representatives from First 5s were able to advocate on behalf of a diverse population of children and families First 5s serve across the state.

Together, the First 5s held 39 legislative meetings with members of Congress and their staff.

During those meetings, First 5 representatives shared their accomplishments from the past two decades around early childhood development and advocated for the continued support of federal funding for programs like Maternal, Infant, and Early Childhood Home Visiting Program (MIECHV), Children’s Health Insurance Program (CHIP) and Child Care and Development Block Grant (CCDBG).

First 5 representatives also highlighted pressing issues that will have a direct impact on children prenatal to 5, such as access to quality child care, home visiting, developmental screening, the 2020 Census and proposed changes to the public charge policy that are currently under consideration by the Trump Administration. 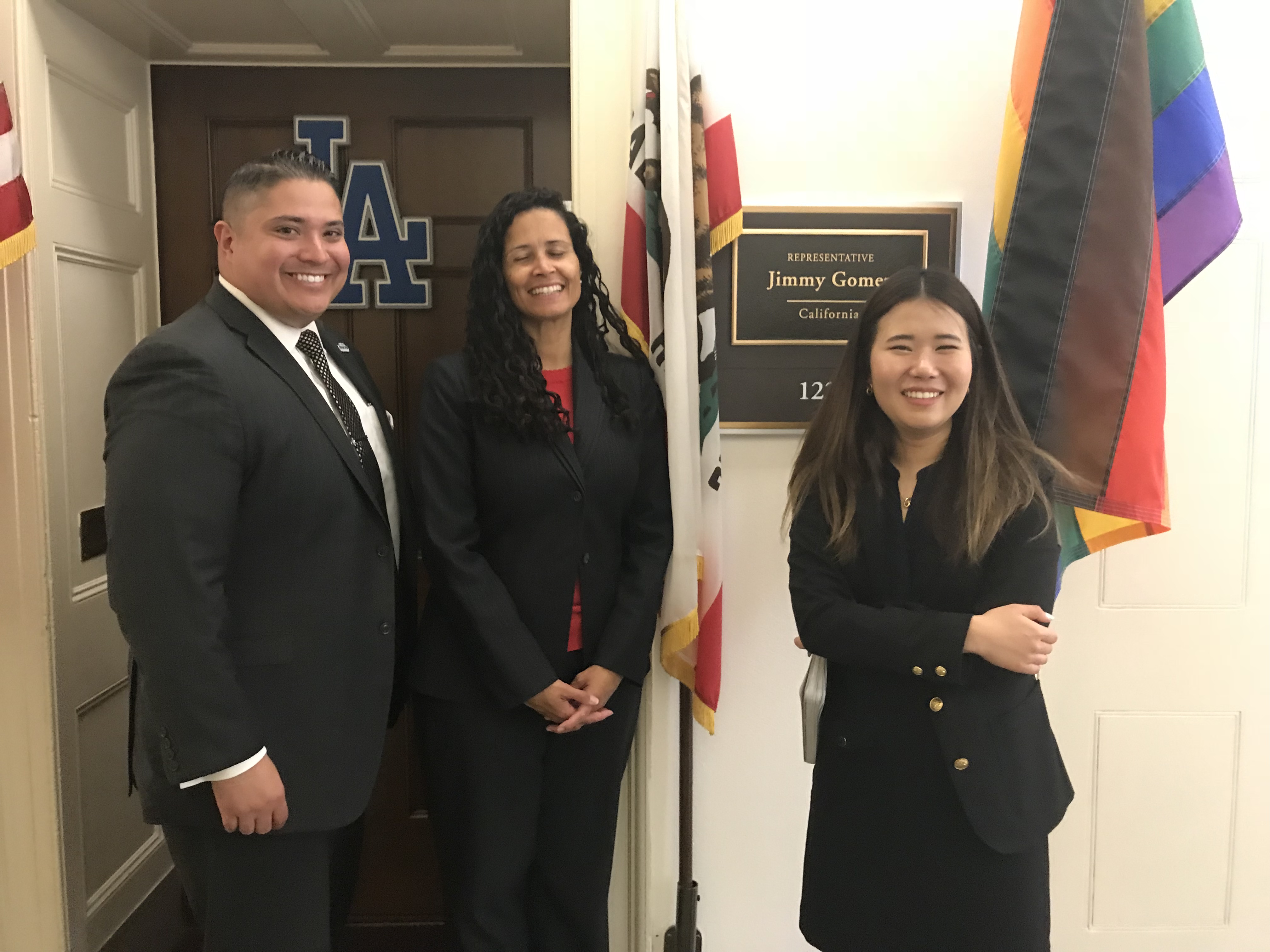 With the help of Rep. Lucille Roybal-Allard (D-CA 40th District), First 5s also held a reception on the first evening of their visit in the Rayburn Office Building on Capitol Hill to commemorate 20 years of achievements and look to the future. They celebrated among the California congressional delegation, staff from congressional committees and other national partners. There were remarks by Representatives Judy Chu (D-CA 27th District), Jimmy Gomez (D-CA 34th District) and J. Luis Correa (D-CA 46th District), who was a former First 5 commissioner. Representatives Jerry McNerney (D-CA 9th District) and Jim Costa (D-CA 16th District) also attended the celebration.

The support of the five legislators who represent California speaks volumes about the value and impact they see in First 5s.

“For 20 years, First 5 LA has worked with Angeleno children in pursuit of bringing up the next generation of leaders that our city — and our country — so desperately needs,” Gomez said. “With the support of a new Democratic House majority, I look forward to working with First 5 LA to bring resources to our communities that will support quality education and child care, foster safe spaces for students to learn and ensure healthy outcomes for all of our children.”

“I was so honored to celebrate First 5 on Capitol Hill,” Chu said. “For 20 years, First 5 has ensured that our children are healthy, safe and prepared to succeed in school.”

Correa, who served as a First 5 Commissioner in Orange County, had the opportunity to guide the allocation of funds to health and early education programs, as well as homeless prevention and family-strengthening programs. Later elected to the California Senate, he was an advocate for protecting the local implementation of the funds during the critical recession years. 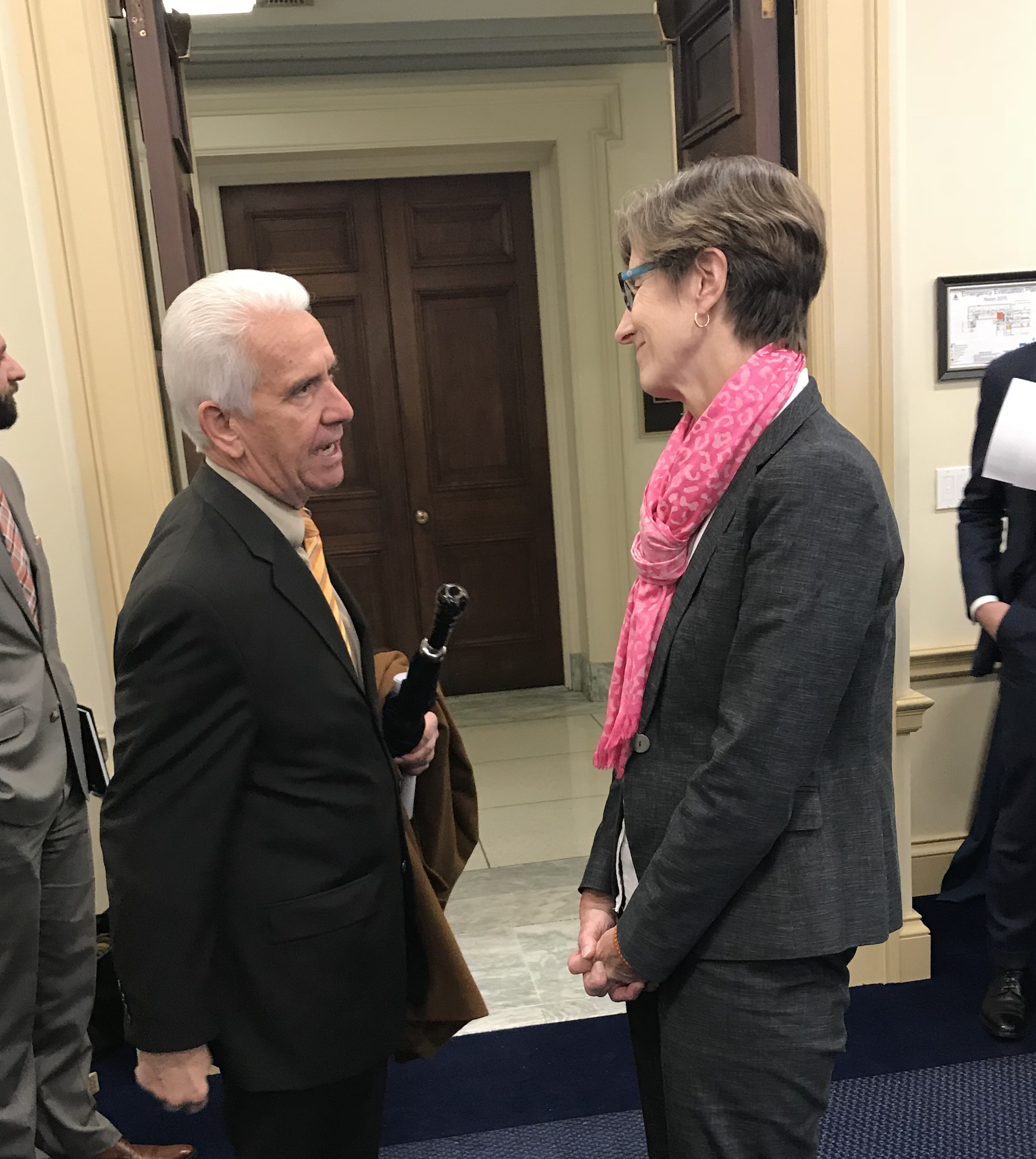 “I have remained connected to the work in Orange County and throughout the state. My district staff is directly involved in how federal legislation may impact the child development system of care that has been carefully developed by your work over the past 20 years,” Correa said. “While today’s celebration marks a tremendous milestone, we know our work is not over – and no one knows this better than First 5. Children and families continue to struggle and our child health and school readiness indicators are poor as a result.”

The First 5s second and final day in D.C. consisted of the additional congressional meetings and a roundtable discussion with key early childhood national partners. Along with the Children’s Data Network, the First 5s hosted a discussion on the importance of using data to drive innovations in early childhood policy and service delivery systems. There was a presentation of the California Strong Start Index (CASSI) and a discussion about children’s data with our partners, including the U.S. Department of Education, First Focus, the Center for Law and Social Policy (CLASP) and Zero to Three, among other organizations.

Over the past 20 years, First 5s have developed the expertise to help influence and shape the development and implementation of effective policies that work for children and their families. The “First 5 D.C. Advocacy Trip” proved that collectively showing up as a network with a single First 5 voice is a powerful method to share this expertise with legislators and to remind them that there is a direct correlation between their decisions and California’s children and families.

Whether it is the capital of California or the United States, the First 5s will continue to show up and speak out.