Daniel is 17 years old, tall, with brown eyes and a timid gaze. He lives in Los Angeles with his mother and two brothers, 13 and 11 years old.

"I was five years old when my parents separated, and I started to stutter. I was ridiculed by my classmate, that’s why I didn’t participate in any activities."

Daniel sought support from his mom and dad but, due to their jobs, they hardly went to his school, and the teachers weren’t much help either. This led him to isolate himself more. One day, when Daniel’s dad went to his school to pick up his report card, he saw kids teasing his son. After speaking with the teachers, Daniel received therapy. He studied at Clinton Middle School and then at Santee High School. He hoped everything would get better, but nothing changed, until eventually he dropped out of school—which now makes him feel like a failure. Daniel's case isn’t the only one; 1.2 million students in the United States drop out each year.

On May 20th 2015 I met Maria Elena Gil, a counselor at Santee High School located at the corner of Maple Avenue and Washington Boulevard. I shared Daniel’s story and she responded, “A student without a diploma or degree will be at a social and emotional disadvantage—feeling like a failure will make it difficult for them to get ahead in life. Many young people drop out of school for different reasons like pregnancy, lack of money, lack of information, etc. Behind every young dropout is a story—they feel confused!" Maria Elena Gil continued, "Some children don’t think school is important because they’re not receiving the attention they need to develop their skills, they also don’t communicate with their parents."

And this was precisely Daniel’s experience, he didn’t communicate with his parents as much as he would have liked. "If I would’ve had more support I wouldn’t have made the wrong decisions; ones that changed my life. I didn’t know how or where to seek guidance to continue my studies. I didn’t have support of my teachers," says Daniel. 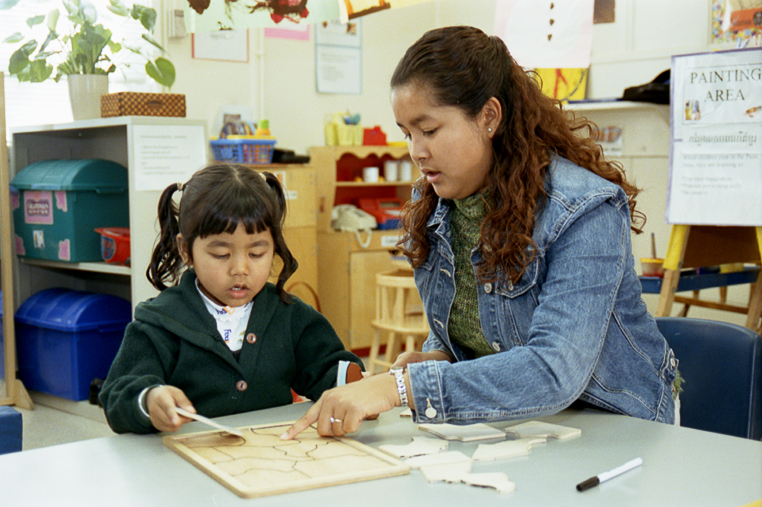 Maria Elena Gil mentions that, "From ages 0 to 5, parents should motivate children to go to school and build a line of communication to make them feel loved, protected and tell them how important they are. If parents don’t take advantage of this stage in their child’s development, in the future, they’ll be desperate to heal a wound that has been there for many years. When in reality the issue was lack of communication."

Maria Elena Gil comes from a poor family that lived in a shack. Although her father never went to school, she liked to learn and with hard work and dedication she earned diplomas from the University of Southern California, which proudly adorn the office where she has been working for the past 20 years.

Daniel dropped out of Santee High School in 2013 and now works at a sewing workshop in downtown Los Angeles earning $280 a week. Daniel is thinking about going back to school to secure a better economic future for himself and his family. A video posted on PBS.com states that, in their lifetime, a person who dropped out of school will earn $200 thousand dollars less than if they would have received a high school diploma.

I asked Maria, who also has a child at Santee High School, her opinion regarding the school and its results and she said, “Schools generally do a perfect job guaranteeing mediocrity. As parents, they practically assure us that our children will be fast food employees or hold other similar jobs because they leave school without knowing the essential."

In the time it took you to read this article, 11.5 more students have dropped out of school. 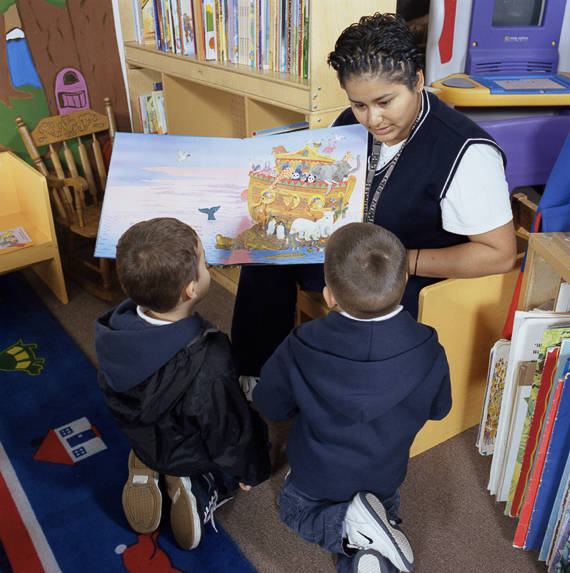