Let’s face it – there’s just not enough time in the day to get everything done when you’re a working parent. I love to cut corners anywhere I can. So, when I figured out that I could use story times to teach other lessons, I was thrilled. 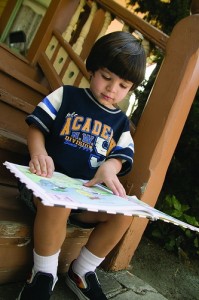 It was actually my older son who brought this possibility to my attention when, after a reading of “Green Eggs and Ham,” he turned to me and said: “He really should have tried something new before saying he didn’t like it.” It was like a light bulb went on over my head. “Yes,” I replied. “Like when you say you don’t like celery, but you’ve never tried it…” Well, you see where I’m going with this.

Soon, I realized that a lot of our favorite books, classics and new reads alike, offered subtle lessons that easily lead to a couple minutes of discussion when the last page was turned. Here, I offer you my own list of great books that teach great lessons: