Number of Babies Born Addicted to Painkillers and Other Drugs Increasing 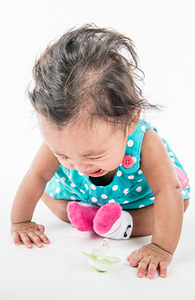 Now, more than ever, the rate of newborn babies suffering from addiction to narcotic painkillers or other substances is on the rise. Research shows the rate of infants with Neonatal abstinence syndrome (NAS) has tripled in the United States since 2000, and some states, such as Florida, have seen even greater increases.

Recently, the Centers for Disease Control (CDC) and Florida investigators published a report in the Morbidity and Mortality Weekly Report describing the characteristics of infants with NAS and their mothers.

Experts say NAS occurs because a pregnant woman takes opiate or narcotic drugs (such as heroin, codeine, etc.) and these substances are then passed through to the placenta, which connects the baby to its mother in the womb. The baby then becomes addicted, along with the mother.

“The symptoms can include seizures, fever, excessive crying, tremors, vomiting and diarrhea, and withdrawal can last from a few weeks to a month,” Lind said.

“Opiate addiction in babies is what everyone thinks of when Neonatal abstinence syndrome is mentioned, and it’s a very real issue.” – Dr. Claire McLean

Dr. Claire McLean is the attending physician of the Newborn and Infant Critical Care Unit (NICCU) at Children's Hospital Los Angeles (CHLA). She said she is not surprised that there has been such a steep increase in painkiller addicted babies.

According to research provided by the Los Angeles County Department of Public Health, the rate of NAS has also been increasing in both L.A. County and California during recent years, especially among Caucasians. There were 122 NAS babies per 1,000 live births in 2012, which was up from 87 NAS cases in 2008 .

“Opiate addiction in babies is what everyone thinks of when Neonatal abstinence syndrome is mentioned, and it’s a very real issue,” said McLean. “But there are other drugs of abuse, such as methamphetamines, which are probably more prevalent in segments of the population, and probably at least as harmful.”

CHLA Interim Director of the Center for Fetal and Neonatal Medicine, Dr. Philippe Friedlich, said educating expectant mothers on the dangers of opiate use might help, but it may not deter the problem.

“If substances of abuse exist, pregnant women will use them just like anyone else and my concern is that ‘painkiller addiction’ is one tiny part of the problem, not the problem itself,” Friedlich said.

Friedlich and McLean believe focus should be placed instead on overall support and care for expectant mothers.

“Maternal diabetes is a good example of a disease that can be controlled, but many times is not, and has profound effects on the fetus,” Friedlich continued.  “I believe the focus needs to be on support and care for expectant mothers, and subsequently for the newborn and infant.  The environment that the baby goes home to and grows up in is at least as important to long-term outcome.”

To improve conditions for addicted or drug-dependent women, the CDC report pointed out the need for more counseling and treatment before pregnancy and/or earlier in the pregnancy. It also showed that only 10 percent of the women in the study had received or been referred to a drug counseling or rehabilitation program, despite having tested positive for drugs.