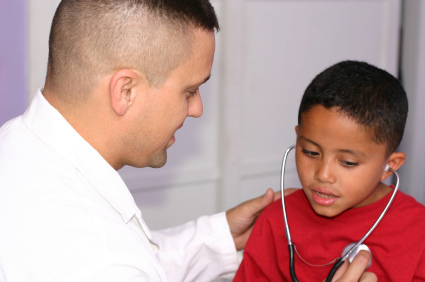 The first abandoned infant safely rescued in 2015 was found on Feb. 8 by a homeless man who heard a baby crying while walking in the parking lot at the Lakewood Mall. The infant girl was found in the grass naked and without a blanket. The man walked the infant to the Lakewood Fire Department, according to officials from the Inter-Agency Council on Child Abuse and Neglect, or ICAN.

“Unfortunately, many of the abandoned infants are deceased when they are found, so it is wonderful that this man found the baby and that she is now doing well.”  – Deanne Tilton Durfee

“Unfortunately, many of the abandoned infants are deceased when they are found, so it is wonderful that this man found the baby and that she is now doing well,” said ICAN Executive Director Deanne Tilton Durfee, who is also a First 5 LA Commissioner.

The state of California passed the Safely Surrendered Baby Law to give parents or surrendering adults the choice to legally and safely leave a baby 3 days old or younger with an employee at any L.A.  County hospital or fire station, no questions asked. The parent or guardian may surrender the baby without fear of arrest or prosecution for child abandonment. For answers to questions about the law or to learn how to safely surrender a baby, please call 1-877-222-9723 or click here.

Two recent scientific advances show promise in identifying and diagnosing autism during childhood, and may help enable early screening for the disorder:

Autism is a spectrum of closely-related disorders diagnosed in patients who exhibit a shared core of symptoms, including delays in learning to communicate and interact socially. Early detection of autism in children is considered key for treatment.

First 5 LA has invested in early autism diagnosis in children through a project that focuses on addressing the barriers to early identification and referrals to services faced by families with young children with ASD.