They say all good things are worth waiting for.

But as I anxiously waited to enter the operating room while they prepared my wife for an emergency C-Section last July, all I could think about was how everyone had warned us about the risks of people over 35 having a first baby.

After twenty minutes that went by in a blur of doctors and beeping machines, we were able to sigh in relief as my wife made it through all right and little Louis let out his first glorious cries. 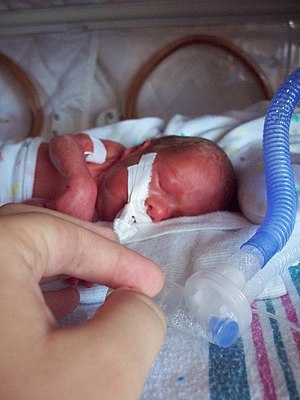 Earlier that day, things didn’t look so good. During a routine trip to the doctor, my wife’s blood pressure was a little high, so as a precaution we were advised to go to the hospital to get a more precise reading. The doctor seemed relaxed, and so were we.

We took our time getting to the hospital. First we went home to get our insurance information. Then we stopped for some Thai food at a place the nurse had recommended: “You’ve got to try the coconut curry.” We ended up at the hospital a couple of hours later.

Once we arrived at the hospital, the doctors took my wife’s blood pressure and it was through the roof. She was diagnosed with severe preeclampsia. Specialists were called, and a group of doctors went into triage mode preparing for the emergency C-Section.

As the flurry of hospital activity happened around us, thoughts of all the risks for couples over 35 we had been warned about flashed through our heads. Increased chance of miscarriage, chromosomal abnormalities, Down Syndrome, gestational diabetes or severe high blood pressure during pregnancy.

It’s the last one that got us.

My wife’s blood pressure was so high, they called it severe preeclampsia, and she was at risk of having a stroke if immediate action weren’t taken.

And then, just as a nurse is about to inject my wife in the behind with some steroids to help the baby’s lungs to develop as much as possible before birth, an earthquake hits, shaking the building and ending any attempt on our parts to stay cool.

In the months of pregnancy we had considered the possibility that something like this could happen, but we were encouraged to go for it anyway because we’re both relatively healthy and anyway, don’t they say 40 is the new 20?

According to the American Society for Reproductive Medicine, one in five women in the U.S. now have their first child after 35. And look at all of the celebrities having babies later in life. Halle Berry had her first at 41, J-Lo had twins at 38, and Pablo Picasso famously fathered his last child well into his seventies.

When we finally got pregnant (we went the natural route, and it took us more than a year of trying), the excitement and suspense grew with every visit to the doctor. We immediately started to follow the list of advice our doctor gave us, including:

Seven months later, the earth shook, our long wait was over, and we were the parents of a tough and tiny little boy weighing in at two pounds, 13 ounces. Our journey had begun, but little did we know that even more difficult challenges lied ahead.