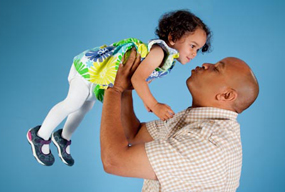 A study led by a researcher at Stanford University School of Medicine shows that men who have children have a lower risk of dying from heart disease than men with no kids. The researchers, though, were quick to point out that the results of the 10-year study should not be interpreted as proof of a cause and effect between fatherhood and cardiovascular health.

Published in September in the journal Human Reproduction, the study tracked about 135,000 male members of the American Association of Retired Persons. To make the study as objective as possible, only men who were married or had been married participated in the study, and men with prior cardiovascular problems were excluded. About 10 percent of the men died during the time the study was conducted, with one in every five of those deaths caused by heart disease. Researchers noted a 17 percent increase in the chances of a childless man dying from heart disease, as compared to fathers.

According to lead researcher Dr. Michael Heisenberg, assistant professor of urology at Stanford, the overall risk of dying from all causes was higher among childless men. One question he and his team raised was whether there was a biological link between infertility and heart disease. By eliminating unmarried men from the study group, the team’s analysis made childlessness a step closer to a possible connection.

A smaller study of 600 Filipino fathers showed that subjects with higher levels of testosterone at the start of the study had better chances of finding mates and fathering children than men with lower initial levels. Although Eisenberg’s study did not measure testosterone levels in its subjects, he suggested that if lower testosterone levels result in fewer offspring, it may indicate underlying problems that could lead to a higher risk of cardiovascular disease later in life.

He did, however, acknowledge that other factors besides testosterone levels may lead to lower incidences of heart disease among fathers, including the possibility that men with children tend to engage in healthier behaviors, leading to a longer life.