It was a visit to her sisters outside of Los Angeles and seeing their bright, spic-and-span supermarkets that made Vickey Vaughn decide it was way past time for the shabby, dirty grocery stores in her native South LA to change.

“You walk in and there’s a rotting meat smell. There are flies on the produce. You have to really dig into the potatoes and onions to find something that isn’t about to spoil. There’s a buildup of dirt in freezer cases with dead flies in the door tracks, condensation on the meat counter. The floors are dirty,” said Vaughn, now a leader with United Parents and Students (UPAS), a community action organization. “It’s really bad.”

UPAS food equity advocates received a major boost this July when the Los Angeles County Board of Supervisors voted to allocate $17 million to fund initiatives that increase access to clean, healthy groceries in low-income areas. UPAS is partially funded by First 5 LA’s Built Environment Policy Advocacy Fund, which works to empower residents to advocate for improvements in their neighborhoods. 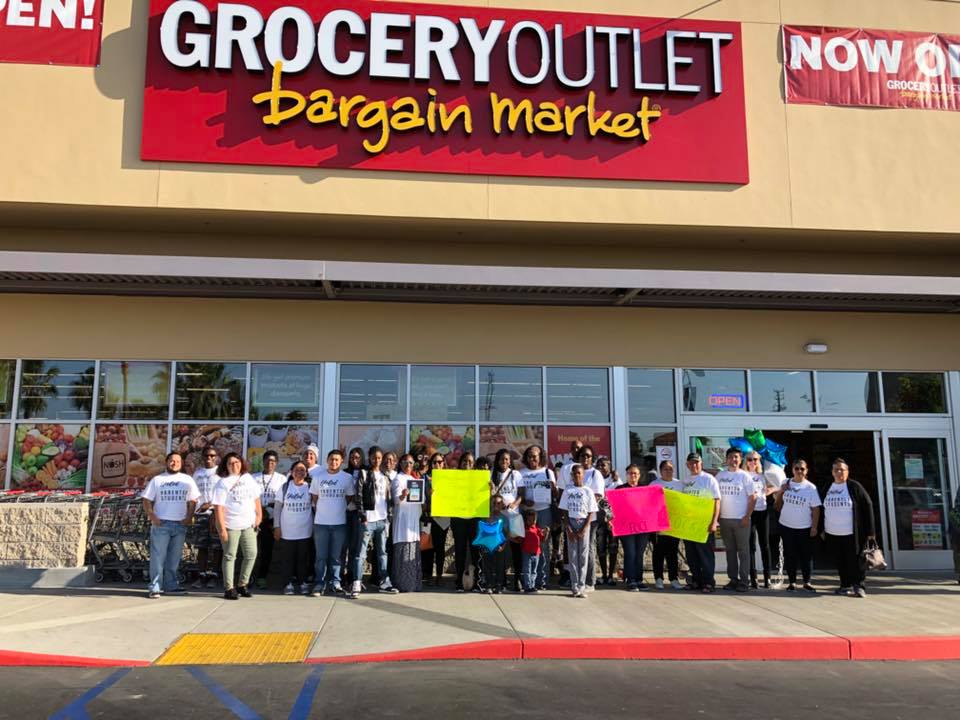 “This is a shining example of what it means to listen and collaborate with community residents and families. There’s true power there,” said First 5 LA Communities Program Officer John Guevarra. Guevarra oversees the agency’s Built Environment portfolio, which administers the Built Environment Policy Advocacy Fund, whose aim is to improve infrastructure for families living in low-income communities around the county. “Food insecurity is an important issue for children and families.”

Of the county monies, $10 million –– on top of the $20 million distributed last winter –– will go toward grocery vouchers to support families facing food insecurity as a result of the pandemic. Another $5 million will go toward the Healthy Food Kickstarter Program that aims to increase the number of high-quality grocery stores locating and expanding in low-income communities of color, and $2 million will go toward Market Match, which provides an additional $10 to CalFresh recipients to help families purchase more fresh produce at farmers markets. 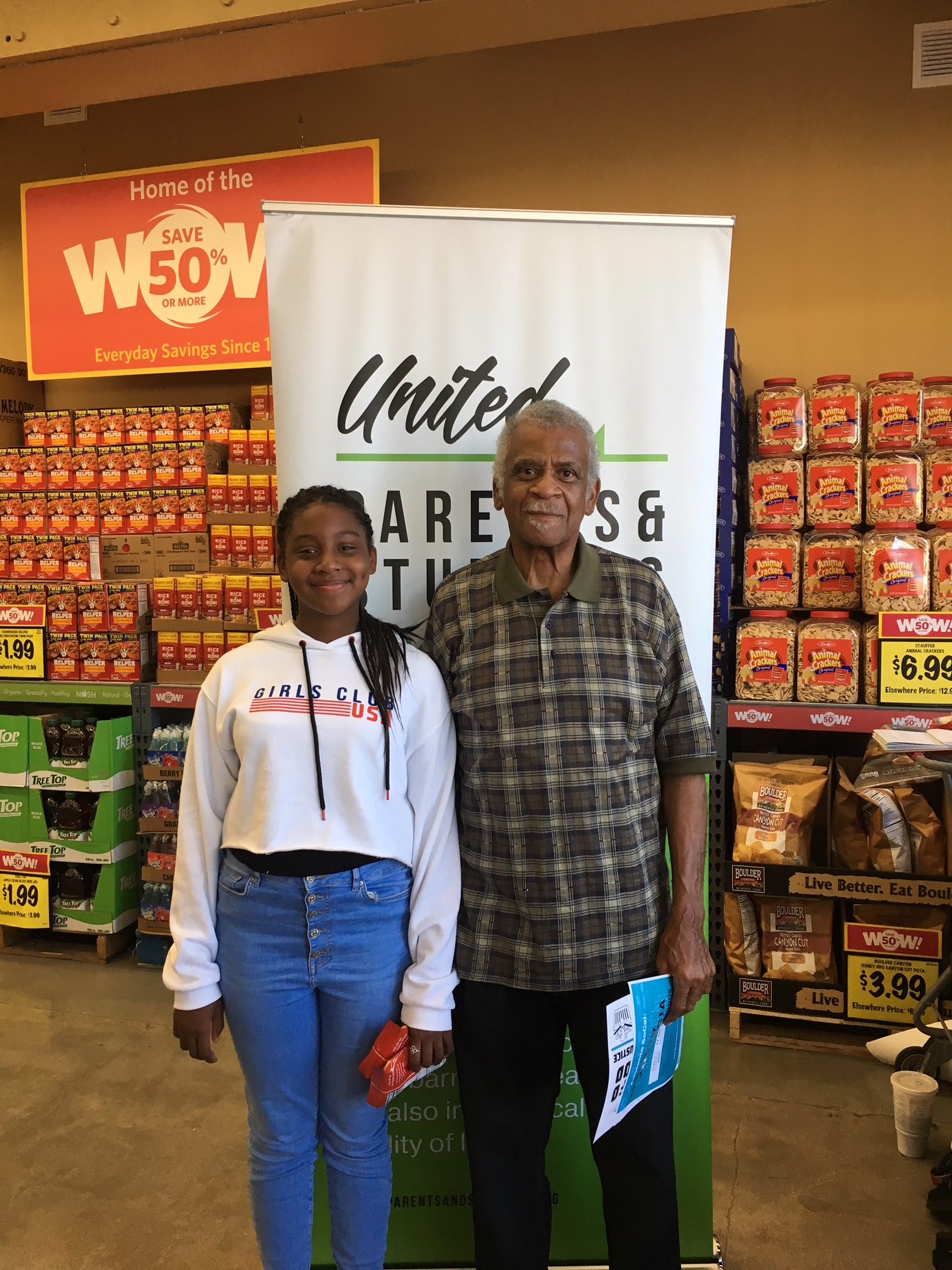 The county funding comes after nearly two years of intense advocating, educating, and community engagement by UPAS and its partner, the American Heart Association. While access to nutritious food has been a longstanding challenge in low-income neighborhoods, the COVID-19 pandemic highlighted the issue when residents without cars could not take buses to do their regular shopping outside their neighborhoods due to the contagious virus. According to survey data from the Women, Infants and Children (WIC) Data Mining Project, rates of food insecurity in L.A. County were decreasing until the pandemic hit in 2020. Suddenly, households that had reported experiencing food security in 2019 found themselves facing food insecurity during the pandemic. Many low-income households were left with few options but to buy pricey yet low-quality food from local retailers.

“The pandemic really increased awareness by public officials and community members,” said Veronica Toledo, associate director of UPAS, which has been working on food justice for the past four years after residents identified it as a key problem.

It also fueled UPAS’ food equity efforts. Over the past year, the organization held 200 meetings with individual stakeholders, including supermarkets, to gather input about challenges accessing groceries. UPAS also convened six group meetings that were attended by 350 people, most with families with young children.

UPAS also built relationships and alliances with Los Angeles City and County government and elected officials, other community advocates and large organizations such as the American Heart Association and University of Southern California’s Keck School of Medicine. UPAS members spoke at City Council and County Board of Supervisors meetings, making officials aware of the dire situation to improve food access. UPAS also utilized other strategies to elevate community voice to elected officials, from creating videos that demonstrated and explained their needs to speaking at City Council and Board of Supervisors meetings. Their accomplishments beautifully demonstrate the power of community organizing and of people joining together to fight for the changes they deserve. 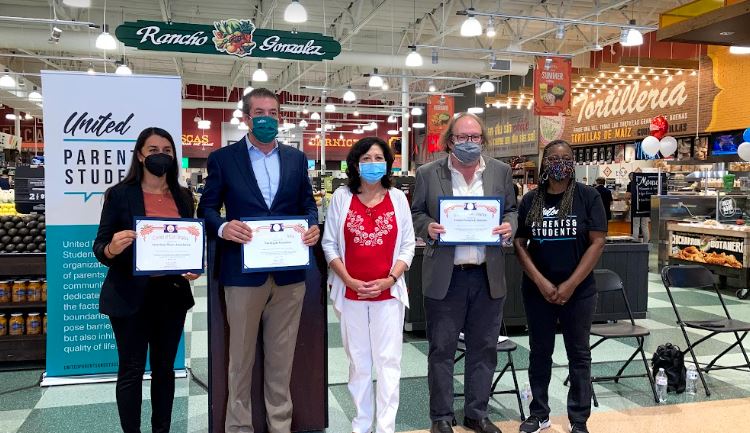 The advocacy and education paid off even before the county allocated funding. UPAS was instrumental in the county’s adoption of the HERO Pay Ordinance, which mandated $5 hourly wage increases for retail grocery and drugstore workers for a four-month period during the pandemic, and the Improving Supermarket Quality motion. That measure includes training grocery store inspectors about spoiled, moldy and expired foods; enabling customers to make complaints and upload photos about store conditions through The Works, LA County’s public works app; and implementing a grocery store grade card system with a phone number and QR code for customers to report problems. The card must be posted in storefront windows.

Low-income neighborhoods face several challenges in obtaining food: fewer supermarkets overall, poor conditions of the stores that are there, and low quality of the available food, including spoiling meat, fruit and vegetables, a prevalence of junk food and off-label brands. 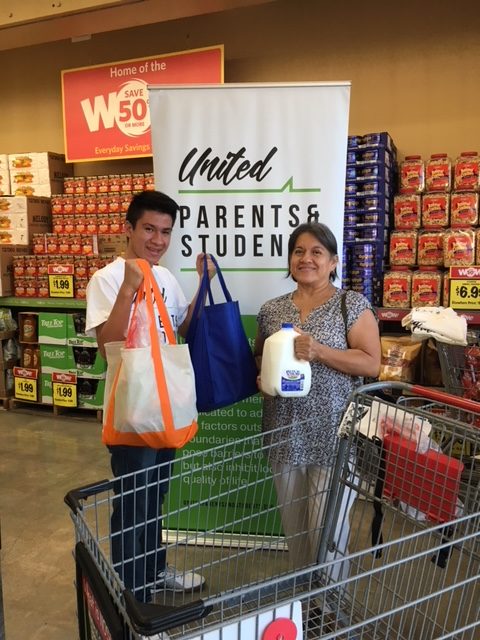 Big grocery chains that are commonly found in higher-income neighborhoods — such as Ralphs, Vons, Trader Joe’s and Whole Foods — do not have stores in areas such as South LA, Garzon said, adding that low-quality food has long-term ramifications for local residents’ health. “We know that the key to beating health issues such as hypertension, diabetes, and heart disease is diet,” he said.

On top of that, Vaughn noted that her local stores don’t offer a positive shopping experience. They often require customers to check large bags and backpacks (yet do not provide security for the belongings), lock up everyday items such as deodorant in cases, and carry a very limited selection of products or brands. “I’d see a commercial for something and want to try it, but the store wouldn’t have it,” she said.

Supported by UPAS, community residents are holding local retailers accountable and getting results. This is especially true in South LA, which is one of the county’s largest so-called “food deserts” and where 75 percent of families have children under 5. A 2020 report by the LA Food Policy Council titled The Good Food Zone said South LA’s nearly 500,000 residents had only 91 food options, most of which were convenience stores, minimarts and corner stores that stock snack foods, sugary drinks and alcohol, but little fresh produce or nutritious food.

UPAS members surveyed some 40 grocery markets in South LA, grading them on measures such as cleanliness and food freshness. Stores that pass with flying colors are awarded “Seals of Excellence” and rewarded with “Shopping Days,” where the community is encouraged to buy at those stores.

Community members have also had success by meeting with store managers and showing them photos and videos of spoiled food and filthy equipment such as carts and food cases. They have requested that sugar-laden foods and snacks be moved from the entrance to further back in the store and items such as nuts and other more healthful food options and fresher meat and produce be stocked. 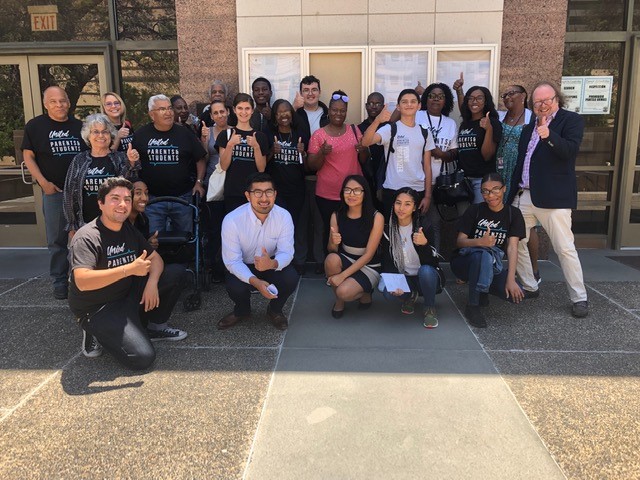 Vaughn said that in one meeting, the manager denied that the photos were taken in his store. But soon after the meeting, she noticed major changes. “They made improvements,” said the retired X-ray technician and mother of two. “I will shop there now.”

UPAS Associate Director Toledo said the organization could not have achieved these results without funding from First 5 LA and technical assistance from the Prevention Institute, which is the intermediary organization managing the Built Environment Policy Advocacy Fund. “We’re very grateful to First 5 LA,” she said.

Guevarra, the First 5 LA program officer, said progress is sustainable because the initiatives come from, by and for the community. “We’re investing in leadership and engaging with the community authentically,” he said.